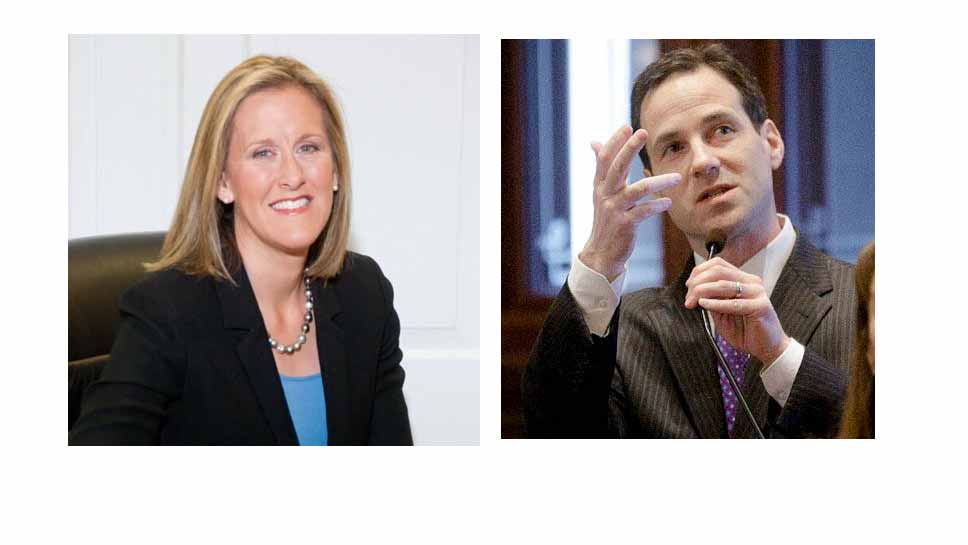 The Democratic rush for the nomination began September 15 when current Attorney General Lisa Madigan said she will not seek a fifth term.

Talk of a Rotering candidacy first surfaced on Politico, a political website, September 29. Rotering confirmed she was running in a DailyNorthShore.com interview October 2. Drury said he was the first candidate to enter the race. He announced his effort September 19.

Both Drury and Rotering are Highland Park natives who went through the community’s public schools.

Rotering said she is running to take her role as an advocate from the municipal to statewide level. After two years on the Highland Park City Council she was elected mayor in 2011 and re-elected in 2015.

“I have a longtime record as an advocate, whether it is taking on ComEd, standing up to the NRA, establishing the (Highland Park-Highwood) Legal Aid Clinic, or mandating water testing,” said Rotering.

Drury, a three-term state representative, said he wants to be attorney general to “clean up” Illinois as the state’s top law enforcement officer. He intends to divide his time between consumer issues and corruption.

“I want to be the person people can look to to be independent and stand up to the powers that be,” said Drury.

Drury said he sees the job as a watchdog over the government. He also sees the attorney general as someone who can be a defender for the state when national policies get in the way of what is good for Illinois.

“If you look at some of the executive orders coming out of the current White House it is the attorneys general around the country who are standing up to them,” he said, declining to name specific issues.

Rotering said she sees the job of attorney general to be an advocate for the people of the State of Illinois, and she looks forward to the opportunity.

Among the issues Rotering said she wants to champion are consumer protection, the environment and sex trafficking. She said she would also let the legislature know when she believes proposed legislation does not cut constitutional muster.

“This is a real opportunity to advocate for those issues and deal with the legislature when the need arises,” said Rotering.

Rotering also touts both her legislative experience on the Highland Park City Council as well as her executive branch background as mayor. She is proud of the results produced by the legal aid clinic on issues of housing, immigration and domestic violence.

“In two and a half years we have helped more than 400 people who live or work in Highland Park or Highwood,” said Rotering.

While Drury wants to continue Madigan’s efforts protecting the consumer, he also wants to deal with public corruption. He knows that will require some changes.

“We will have to rearrange the resources so we can focus on consumer safety and be the watchdog for anti-corruption,” said Drury.

The lone Republican to announce her candidacy is Urbana attorney Erika Harold.

The other four Democratic candidates who are either in the race or taking a look are Sharon Fairley, former head of Chicago’s police oversight agency, McHenry County Board Chairman Jack Franks, former federal prosecutor Renato Mariotti and state Sen. Kwame Raoul (D-Chicago), according to Politico.