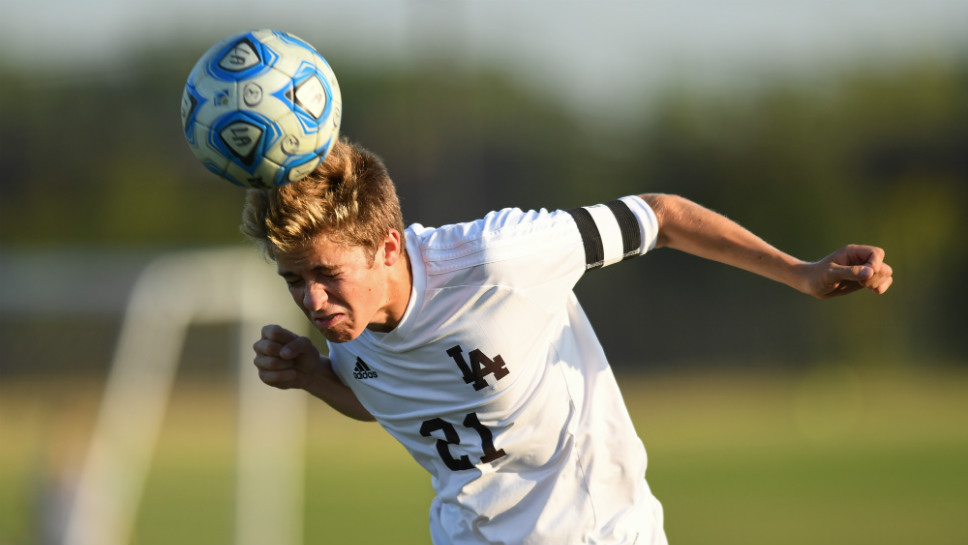 The Rambler with a thousand voices — a slight exaggeration — used the one he was born with after a soccer match earlier this month.

Senior left back Luke Phillips and his Loyola Academy teammates had lost 4-0 to visiting New Trier on Sept. 16.

“We took it on the chin today,” said the 5-foot-9, 130-pound Phillips, a tri-captain (with senior defender Jonas Madison an junior midfielder Christian Jimenez) for a 9-3 team (through Sept. 25). “But we’re good, very good; I like the makeup of our team.

“I’m very lucky to be able to play with a group of guys like we have.”

Consider yourself fortunate if you’ve ever heard Phillips do a vocal impression of President Donald Trump.

Or King Julien from the Madagascar movies.

The young man has a good ear and plenty of talent. Put Phillips on a stage at a Zanies Comedy Club, and you wouldn’t want his gig to end.

“I am not as good as my cousin, Daniel [a Hersey High School graduate and a sophomore at the University of Illinois],” said Phillips, the play-by-play voice of Rambler Radio for LA football and basketball games. “Close your eyes and listen to him, and you’d swear you’re in the same room as the person he’s imitating. It all started with the two of us mimicking movie lines. Daniel is quite a character — and one of my role models. He’s like a brother to me. I’m in touch with him at least once a week.”

Phillips showed deft touch in the match against New Trier, trapping a zippy second-half pass near midfield and quickly distributing the ball to junior midfielder Collin Leider. Later, back on familiar ground in front of his goalkeeper, Phillips’ speed and high soccer IQ combined to disrupt attacks by NT forwards.

The sun and muggy conditions should have sapped Phillips, an FC United club player and an 80-minute-per-match booter in 80-minute matches.

They failed to do so.

An elite Ironman athlete would happily trade his or her first-string bike for Phillips’ stamina.

“Luke is an important piece of our team,” Ramblers boys soccer coach Baer Fisher said of the former midfielder who shifted to defense as a first-year varsity member last fall. “Real steady, a leader and a great captain. His mentality from the end of last year to now … he’s a hungrier kid, always wanting to improve. That kind of willingness makes his teammates better.”

“Luke is a funny and intelligent guy, with a great personality,” Akela said. “When he plays soccer he’s focused, ambitious and hardworking, and he talks when we need him to talk.”

A Wilmette resident with four younger siblings (Madeline, Meredith, John and James), Phillips played mostly soccer and basketball and ran for cross country teams before enrolling at LA in the fall of 2014. His love for soccer made him drop cross country, another fall sport, but it didn’t stop him from hustling as a middle distance runner on LA track and field teams.

Phillips helped the varsity’s 1600-meter relay team capture a Catholic League title last spring with a personal-best 400-meter time of 52.4. He took runner-up honors in the 800 (1.59.4) at the same meet and later missed qualifying for state in the 800 by two seconds at a sectional.

Jim became director of intercollegiate athletics and recreation at Northwestern University in 2008 and was named NU’s vice president for athletics & recreation four years later. A former athletic director at Northern Illinois University, Jim is in his 10th year at the Big Ten school in Evanston.

“Purple tie and white starchy shirt, plus a full-on navy blue suit,” Luke said of his father’s uniform at NU athletic events. “My mentor, my biggest hero. My dad is an incredible leader at home and at work, and he’s incredibly loyal. I admire his work ethic and the way he shows respect for people wherever he happens to be.

“And my mom,” he added, “what an angel, with all she has done for our family.”

The voice Luke Phillips used to express such sincere thoughts?

Notable: Loyola Academy’s boys soccer team defeated host St. Joseph 3-0 on Sept. 19 and blanked visiting Brother Rice 1-0 two days later. The Ramblers had won five straight matches from Aug. 31-Sept. 12, outscoring their opponents 16-2. … With only 1:20 left in Loyola Academy’s match with visiting New Trier on Sept. 16, Ramblers senior tri-captain Jonas Madison, from his team’s sideline, continued to bark encouraging words to his teammates. The score at the time: New Trier 4, LA 0. “You’re not going to find a player with more intensity or with a better work ethic than Jonas’,” LA senior tri-captain Luke Phillips said. … Phillips is considering Northwestern, Duke and Notre Dame for the next stop along his educational path. … Phillips attended Northwestern’s home football game against Bowling Green on Sept. 16, hours after the NT-LA boys soccer match at the Munz Campus in Glenview. NU won 49-7. “I’ve always enjoyed going to those games and taking in a college-football atmosphere from a seat in the stands,” Phillips said. 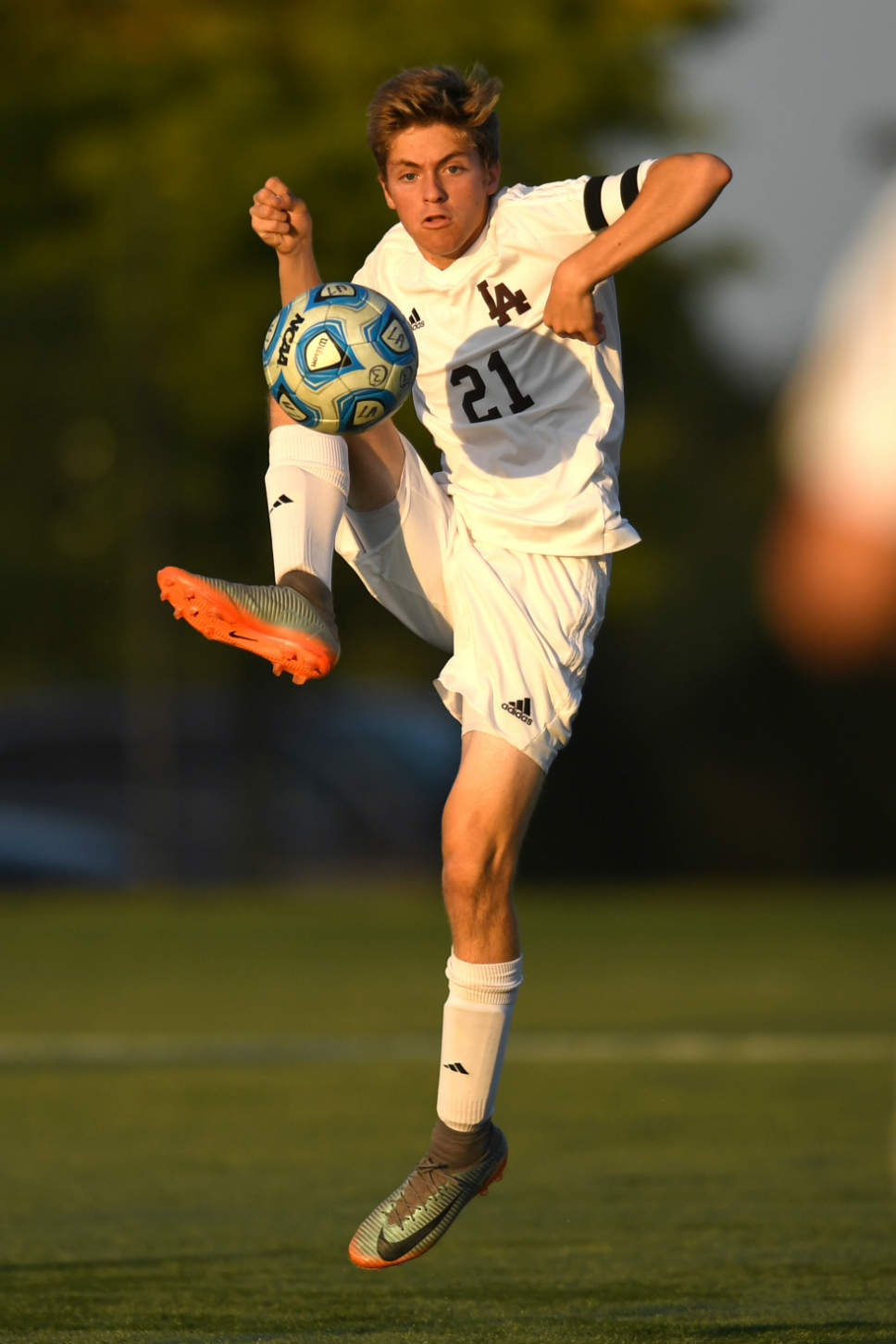