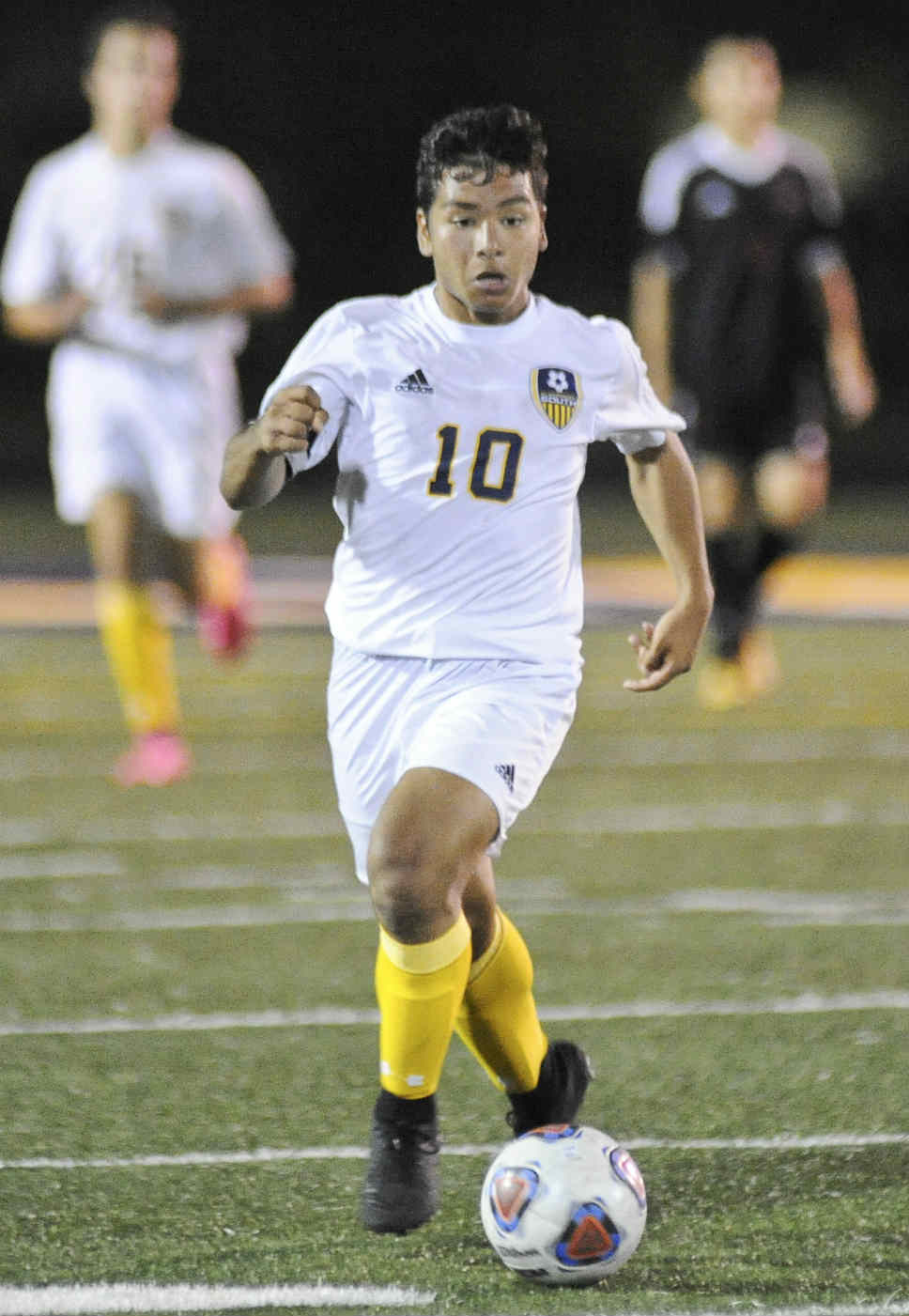 Senior Gabriel Diculescu has been a difference maker for the Glenbrook South boys soccer team. PHOTOGRAPHY BY GEORGE PFOERTNER

You see the angelic look — in a postgame interview.

It’s not there, when it’s game on.

“Teammates compliment him all the time,” the coach adds. “The smallest guy on our team has the biggest presence.”

The 5-foot-5 Diculescu loves hearing that.

His thought: Play with purpose or don’t play at all.

“I try to bring an aggressive tone to the game,” says Diculescu, a perfect fit at defensive midfielder. “I like being aggressive. I like taking on the role of destroyer.”

Contact with bigger players doesn’t faze him much. Being a former MMA (mixed martial arts) athlete — for nearly eight years — certainly helps him in that area.

“He helps me out. He helps out our backs,” the goalie adds. “He’s real good at either stopping or slowing down the other team’s attack.”

That tough-guy image pretty much disappears, when the soccer cleats are off.

Diculescu flashed a smile when talking about his roots.

Born in Alicante, a gorgeous seaside city in Spain, his family moved to Northbrook when he was 14 years old.

His mother is Claudia. She is the one who gave him his first name.

“Mom named me after the angel [in the Bible],” he says.

“My dad [Dan] named me after the actor,” he says. “He loves the Zorro movies.”

Dan Diculescu grew up loving The Beautiful Game, and he passed it on to his son.

“I’m pretty sure that I was born with a soccer ball next to me,” the son says. “My Dad taught me how to play soccer. And how to play with heart.”

Being named as one of the team’s four captains, along with Hatfield, David Joseph and Jeremy Weber, was heartwarming for Diculescu. Wearing that black band around his right arm is a big deal for him.

And standing up and making a speech in front of teammates and winning their hearts also was a big deal.

The theme of his speech?

“Don’t give up,” says Diculescu, who aptly wears the No. 10 jersey. “Keep pushing through.”

“I could tell the moment that I took over the program that the other players on the team respected him,” says Lara. “The other guys recognize how hard he plays. And he did a good job with his speech.

“He got it hands down,” Lara adds.