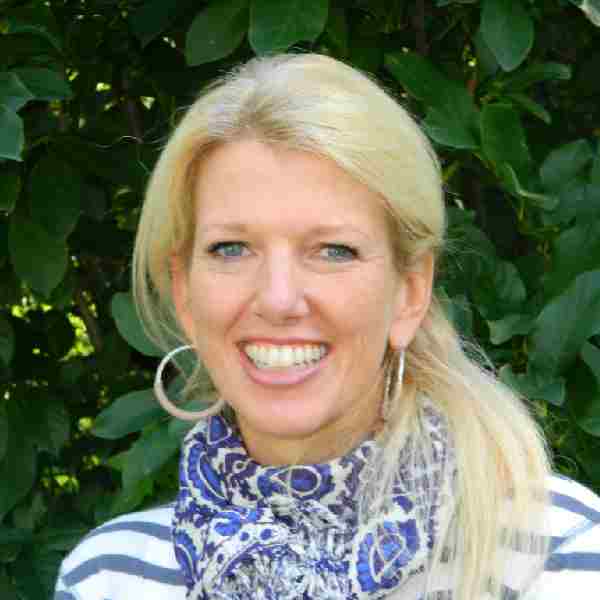 What began as a love for art and a dislike for participation trophies led Winnetka resident Nicole Jakob to start Renegade Made, a line of craft and activity kits that teaches children the value of altruism. But she wanted to make sure the kits weren’t boring or preachy.

“The key was to make (the kits) slightly irreverent and cheeky for the kids so they feel like it is slightly naughty but it is all nice,” Jakob told DailyNorthShore.

Renegade Made produces four different kits aimed at children ages 8 years old and up. Each of the kits includes a craft project a child can make at home — either in a group or alone— and also suggests ideas on how to anonymously share that creation with a stranger to brighten their day.

Sounds fairly innocuous, so what’s the cheeky part? Each kit contains a renegade mask kids can wear as they carry out their secret plan. And each of the kits include irreverent designs and clever sayings.

Take the Random Acts of Flowers kit. Each kit includes tissue paper and materials to make 12 colorful flowers and a paper vase. Kids are encourage to don the renegade mask and hang the vase somewhere strangers will find it. Completely disguised, the renegade can hang back and watch as people take a flower with a leaf tag attached, that explains the flower is a gift and in return, they need to do something nice for someone else.

“I believe one hundred percent in this message. It had to be something I am passionate about,” Jakobs said, explaining why she started the business.

One of the other craft activities is a “Sidewalk Tagging Kit,” described on Renegade’s site as “everything a kid needs to become a famous graffiti artist” and includes cheeky messages like “Make Art Not Your Bed.” With the “Fairly Painless Tattoo Lounge for Charity,” renegades hold tattoo sessions and donate the proceeds to charity. The “Made You Look Kit” includes material to make fun art  for kids to decorate and share in public, such as the flyers that dare people to pick a funny fortune or put on a fake mustache supplied by the renegade.

Jakob, whose background includes graphic design and marketing, worked hard to create designs that everyone could enjoy. “I tried my hardest not to dumb-down the design for children so that adults could enjoy them too,” she said. She was also careful to create a product that was distinctly unisex, after observing that many crafts kits are marketed toward girls.

While Jakob conceived of the idea about three years ago, she didn’t bring the product to market until a little over a year ago. “I wanted the level of the product to be the same as the message,” she explained. Jakob solicited advice from her own three children, as well as friends. Her thirteen-year-old daughter was particularly helpful and acted as an “unpaid intern,” according to Jacob.

Jakob also sought advice from businesses such as the Children’s Gift Shop in Northfield, which now carries her line. “I think it is a great line and she is very creative. She has really done her due diligence,” Makrie Gekas, store owner, told DailyNorthShore. In addition to the Children’s Gift Shop, Renegade Made is sold locally at Lad & Lassie in Wilmette, Wild Child in Glencoe and The Book Stall in Winnetka. It’s also sold online and in stores across the country.

Gekas is not the only one to take notice of Renegade Made. Jakob has received awards from a number of reputable organizations including the Parents’ Choice Silver Award 2017, the Oppenheim Toy Portfolio Gold Seal Award and Creative Child Magazine Product of the Year Award 2017.

While the kits were created with children in mind, Jakob said adults have enjoyed them as well, noting a sorority purchased the tattoo kit to raise money for a charity. Since altruism is the primary message of the Renegade Made, it’s only logical that a portion of Jakob profits are donated to two of her favorite charities: Random Acts of Flowers and Camp Kesem.

“I wanted to pick smaller charities that don’t get as much as the larger ones. I am a small company too and wanted to have a large impact,” Jakob said.

So far, Jakob has noticed that the Renegade Made kits empower children to do good, even in very small ways. “I am trying to show kids that it doesn’t have to be a grand gesture. It can be a silly little thing that makes people smile,” Jakob said.

For more information about Renegade Made go to www.renegade-made.com.

A stencil from the Sidewalk Tagging Kit. 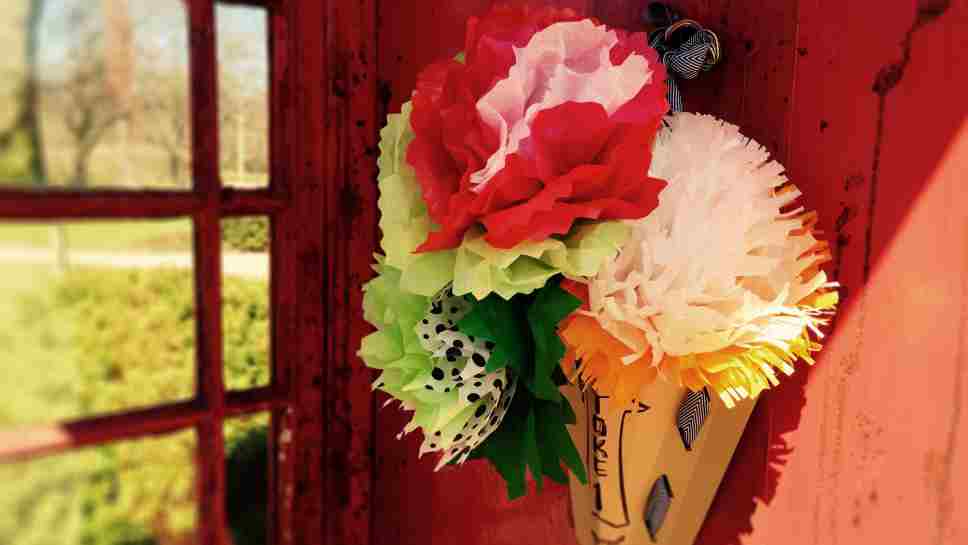 A bouquet of flowers from the Random Acts of Flowers kit.