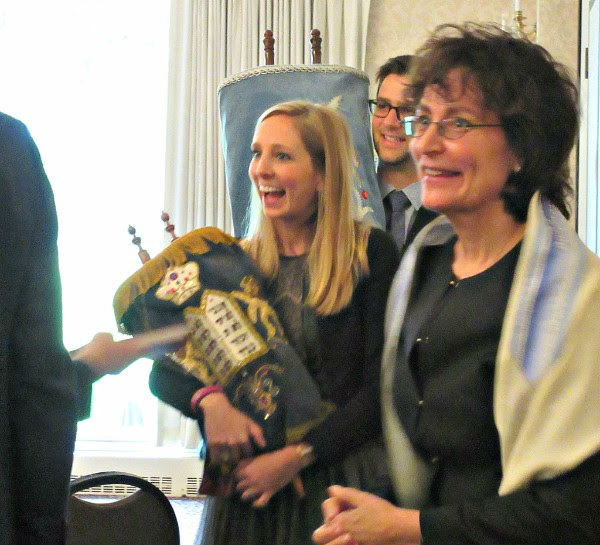 HIGHLAND PARK – With Rosh Hashanah and Yom Kippur approaching, many families are choosing non-traditional ways to observe the High Holidays.

Less than one-third of American Jews say they belong to a synagogue, according to a Pew Survey of U.S. Jews as reported in the Baltimore Jewish Times. Many rabbis have chosen to leave brick and mortar buildings to provide more personalized, concierge services in people’s homes.

Nesselson has been a concierge rabbi since 2011 when Amichai, which means “my people live,” was founded. Prior to that, she was a rabbi at B’nai Torah in Highland Park for 10 years.

“The advantage of being a concierge rabbi after being a conventional congregational rabbi for 10 years is that I could spend so much time with each family and cultivate and nurture long-lasting relationships that have depth,” said Nesselson.

Why has there been a decline in synagogue memberships?

“I think there’s been a shift in our society, our social lives, the age of the Internet,” said Nesselson. “We can access connections even by becoming part of a chat room. We can livestream religious services and we never have to leave our homes. This is not just a Jewish phenomenon, it’s a religious phenomenon in the United States.”

Both Nesselson and Moffic emphasized that they are not anti-synagogue. Nesselson said, “I love synagogues and I go to synagogues. This is just a different model to address a very specific need.”

Moffic added, “I love synagogue and congregational life as well as wanting to grow the pie. It’s not either or. I hope I’m helping to strengthen our community as a whole by supporting people who haven’t been in our pie, not by taking away pieces of the pie.”

Nesselson explained that Amichai decided there was a need in the community to address this group of people for whom synagogue membership no longer seemed to have as much resonance as it once may have.

Nesselson said parents still want their children to be educated as Jews, so Amichai schedules classes for students and their teachers to meet at convenient times rather than after a long day of secular school.

Nesselson said the Bar and Bat Mitzvah program is the fastest area of growth at Amichai, but she wouldn’t recommend this approach to children who didn’t attend secular school with other Jewish children. “On the North Shore there are many Jews, so our kids derive a sense of community whether they’re actively seeking it or not,” she added.

Nesselson said the time she spends with congregants in life cycle events has the quality that a concierge relationship would allow, but she doesn’t charge a fee for that.

There will be a fee for High Holiday services that will be held for the fifth year, and Amichai also charges a fee for other services in place of membership dues.

Nesselson will lead the High Holiday services beginning Thursday, September 21, at 10 a.m. at the Highland Park Country Club, which are open to the public. “We have a number of world-renown musicians and they’re beautiful services,” she said.

For more information visit this link.

Moffic has worked for Interfaith Family, a non-profit, for the past six years, and her focus is on supporting interfaith couples who are exploring Jewish life. “I saw that the people I was marrying and the people I was working with wanted community but they were not planning to join congregations,” she said.

Moffic explained that it’s not just a matter of cost. Some other reasons include a dislike for communal Jewish worship, people want to think more creatively about how they’re going to educate their children and want alternatives to religious school, and the desire to continue to build a relationship with their rabbi.

Moffic said she’s the recipient of a new grant through the Open Door Project, which was given to four rabbis around the country to start or deepen their own communities. “I’m blessed to have the ability financially and with support from some of the best thinkers in the Jewish world who are helping us rethink what community is.”

Moffic said she named it Cohere, which began six weeks ago, so people would understand that the “community is coming here and convening here, and concierge is another ‘Co’ working together to figure out an individualized path. Concierge is about what works for you and your family in terms of your practice, experience and expression of Judaism.”

Thus far, Cohere works with 18 families, and it recently taught a mom’s and children’s Hebrew class to a group of neighboring North Shore communities.

“It’s a home-based program that offers a different expression of Judaism,” said Moffic, who is involved in all life-cycle events.

Moffic was the educator for four years at Sukkat Shalom Congregation in Wilmette. Sukkat Shalom is the fiscal sponsor for Cohere, which enables Cohere to have 501 (c)(3) status.

Moffic explained that Cohere has a special partnership with Sukkat Shalom, which is an “outside-the-box congregation” that is heavily interfaith without a traditional dues structure. She said even though they may never join a congregation, the families will most likely be praying there for the High Holidays, but you won’t find Moffic there.

Moffic is also a rabbi’s wife and is married to Rabbi Evan Moffic from Congregation Solel in Highland Park. “My heart is with Solel and that is my community, and where my children go to religious school,” she said. “It is hard and I do feel pulled, but on the High Holidays I’m with Solel.”

Moffic was proud to announce that her husband’s new book, The Happiness Prayer, published by Center Street, was released on September 12.

Moffic said she interviewed a concierge pediatrician and is modeling herself on the concierge medical practice. She charges a membership fee of $400 a year, and offers monthly visits. Moffic also does pastoral care.

Moffic said she follows Pastor Rebecca Anderson, who used to be at Glencoe Union, but she recently cofounded Gilead Church in the city. People are meeting in bars and coffee shops in what is called “third spaces.”

“I see maybe a trend for people who want to have more intimate religion in ways that feel less institutional, so I think it’s happening probably across the board,” she said. “In today’s world we have personal trainers, health coaches, personal shoppers, and it’s a good feeling to have a rabbi who just knows you, and you can call.” 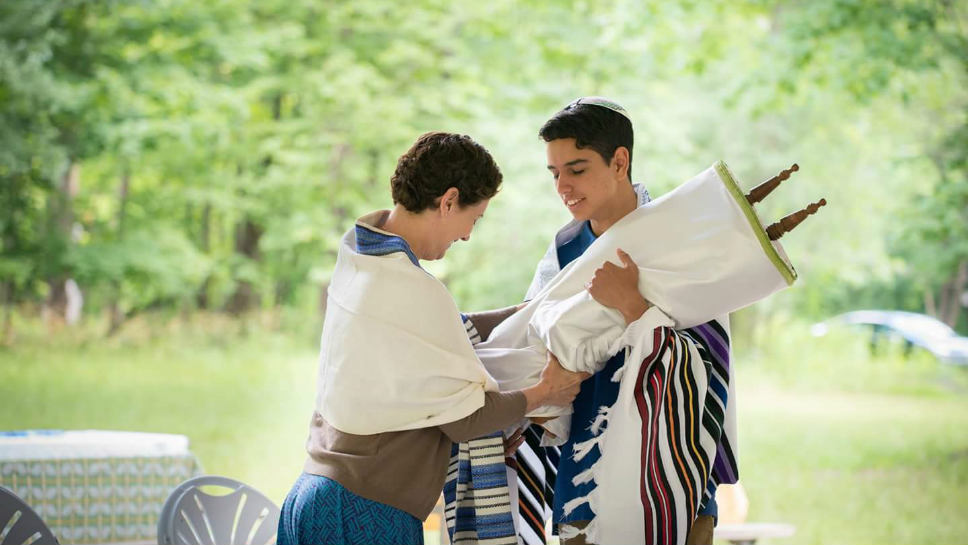