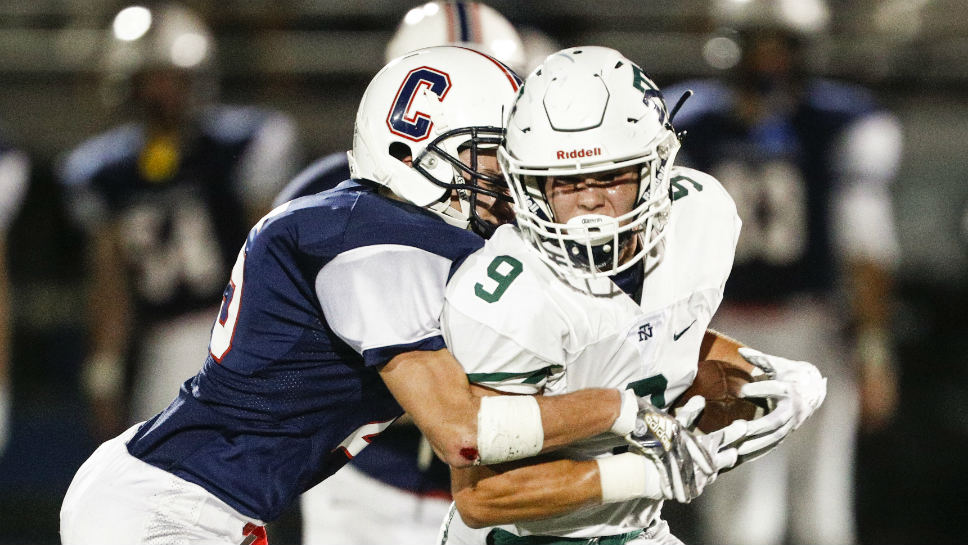 Daniel Passeri of the Trevians hauls in a pass during his team’s win at Conant. PHOTOGRAPHY BY JOEL LERNER

If you can’t stand the heat, get … off the football field.

New Trier junior placekicker Graham Dable did nothing of the sort for the second time in less than a year on Sept. 15, kicking the game-winning field goal — a 39-yarder in the first minute of the fourth quarter — in the Trevians’ 10-7 defeat of host Conant in Hoffman Estates.

“We threw him into the fire last year [as a fill-in for starter Sam Rutherford] in the playoffs,” NT coach Brian Doll said, recalling his club’s 31-24 win over Marist in a Class 8A opener.

“Tonight,” the coach added, “he was a difference-maker.”

Rutherford, a senior attempting to compete concurrently as NT’s starting placekicker and as a New Trier varsity soccer goalkeeper in another busy fall season, chose to leave the football program earlier this week to focus only on soccer.

Dable had assumed the kicking duties against Marist last fall when Rutherford protected the nets in a postseason soccer match.

“It’s tough to juggle football and soccer and the academic demands of a New Trier education,” Doll said after his squad improved to 2-2 and Conant fell to 1-3. “Sam talked to the special-teams group about his decision; he was mature about it. He’d given us some great memories.”

Two of them: his pair of second-half field goals (37 and 30 yards) in NT’s 27-21 victory over eventual Class 8A state champ Maine South last fall.

Trevians senior defensive back Jacob Levy had a game to remember against Conant’s Cougars on Sept. 15, coming down with a pair of interceptions, including one on a fake punt attempt at 11:04 of the second quarter.

He’ll forever associate his second pick — at 5:14 of the third quarter — with pain.

“Halfway through [the play], I felt my legs start to cramp up,” said the 5-foot-9, 170-pound Levy, who intercepted a pass against York in the Trevs’ season-opening win on Aug. 25. “When I went up for the ball, my legs tightened up pretty badly … did not feel good at all.”

Junior running back Donovan Perkins opened the scoring with a one-yard touchdown run to cap an 88-yard drive in the first quarter. The highlight of the trip was senior wideout Daniel Passeri’s 57-yard reception from junior quarterback Carson Ochsenhirt, who finished with 109 yards passing (8-of-12) and a team-high 78 yards rushing (on 24 carries) in his first varsity start.

Conant — helmed by first-year coach Bryan Stortz, who guided Lake Zurich High School to the Class 7A state championship in 2007 — got on the board with a one-yard TD run at 1:24 of the second quarter.

Kaufman had recovered a fumble at 1:13 of the third quarter.

On fourth down of the ensuing possession, Dable trotted out for that field-goal attempt.

A little Dable do ya. 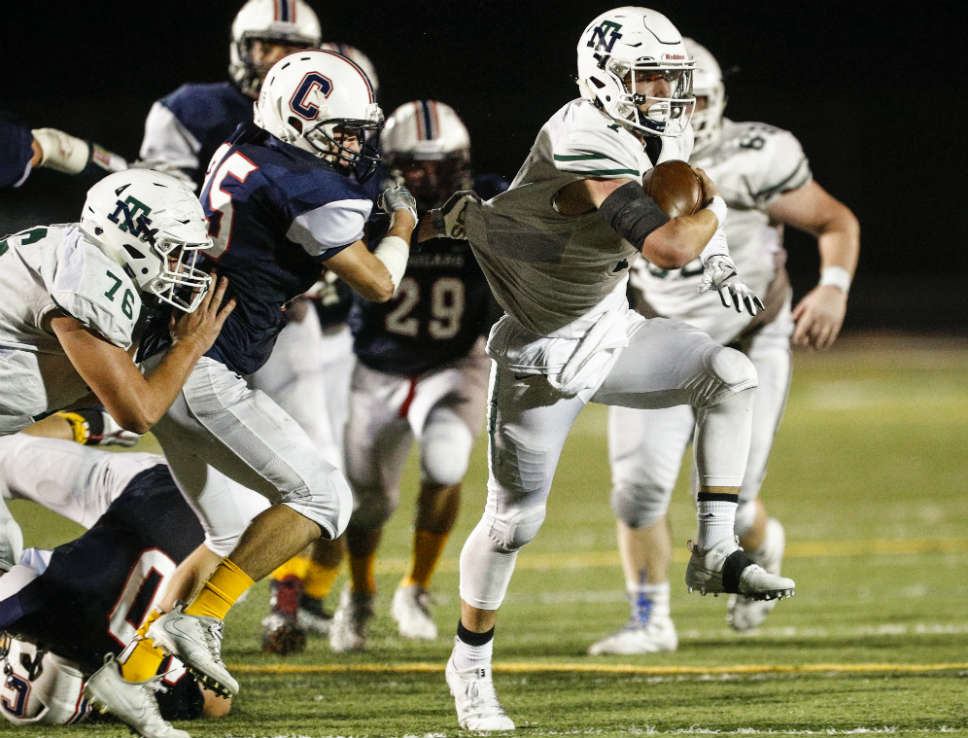 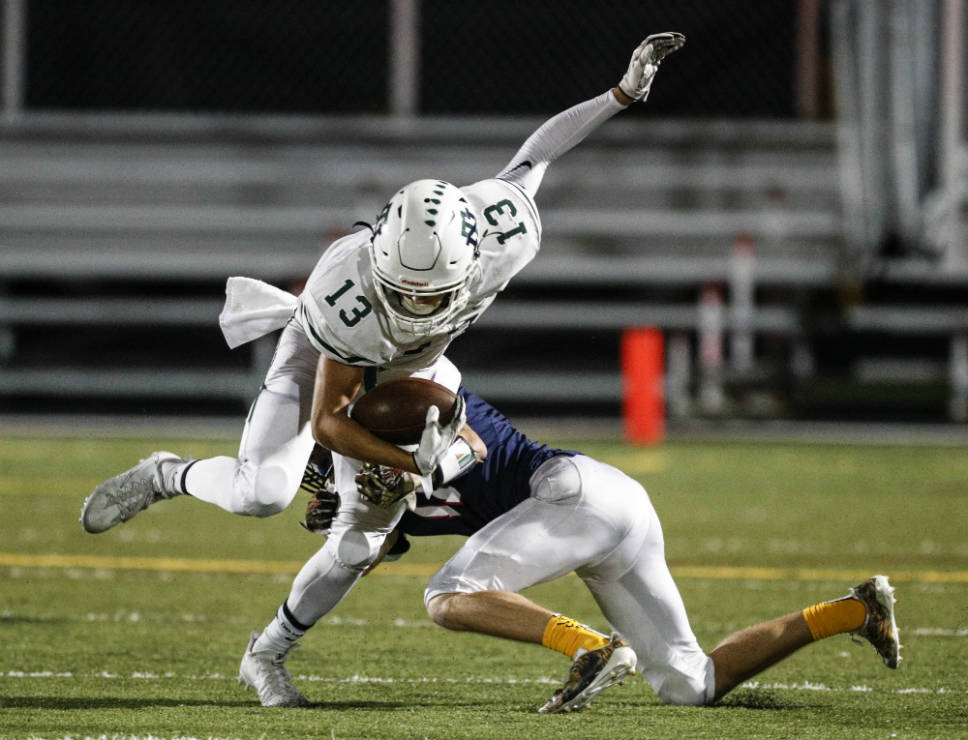 Carson Kosanovich of the Trevians tries to keep his balance after making a catch. PHOTOGRAPHY BY JOEL LERNER 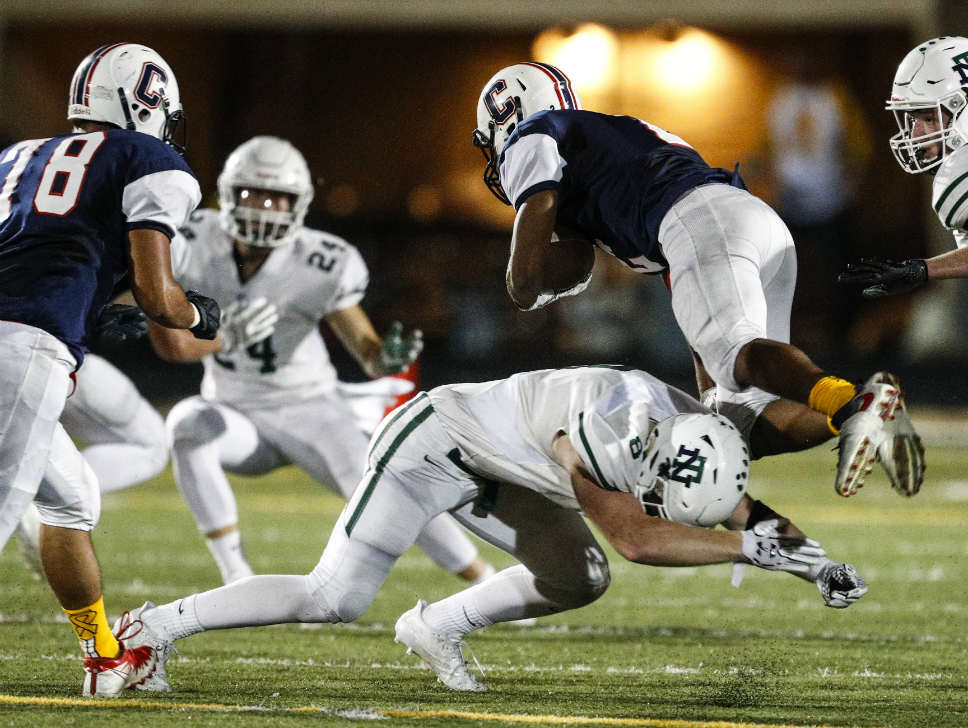 Peter Murray of the Trevians trips up a Conant running back. PHOTOGRAPHY BY JOEL LERNER 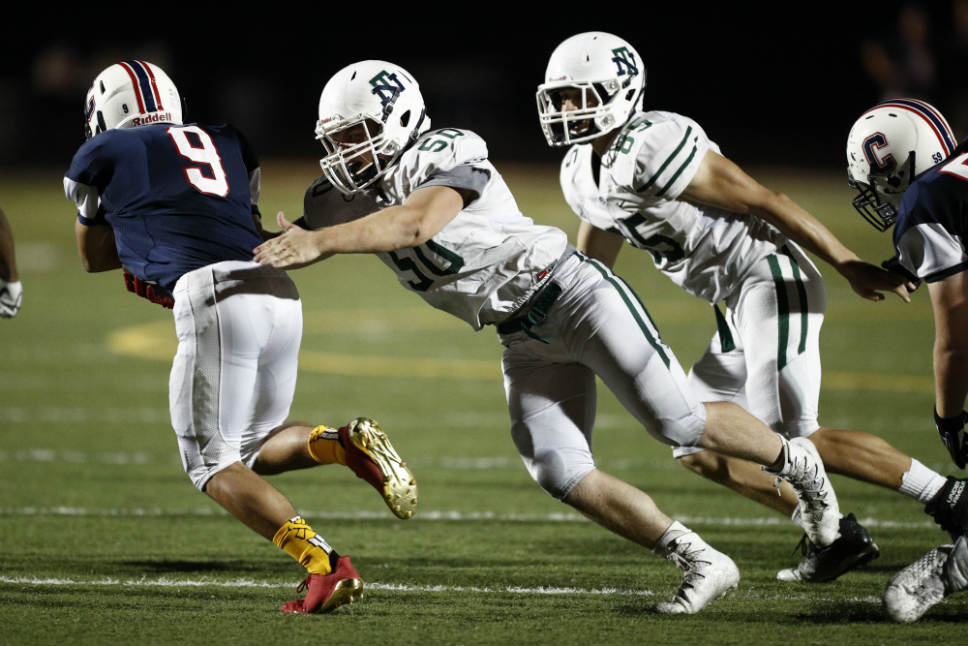 Zane Albrecht of New Trier gets in position to make a tackle. PHOTOGRAPHY BY JOEL LERNER 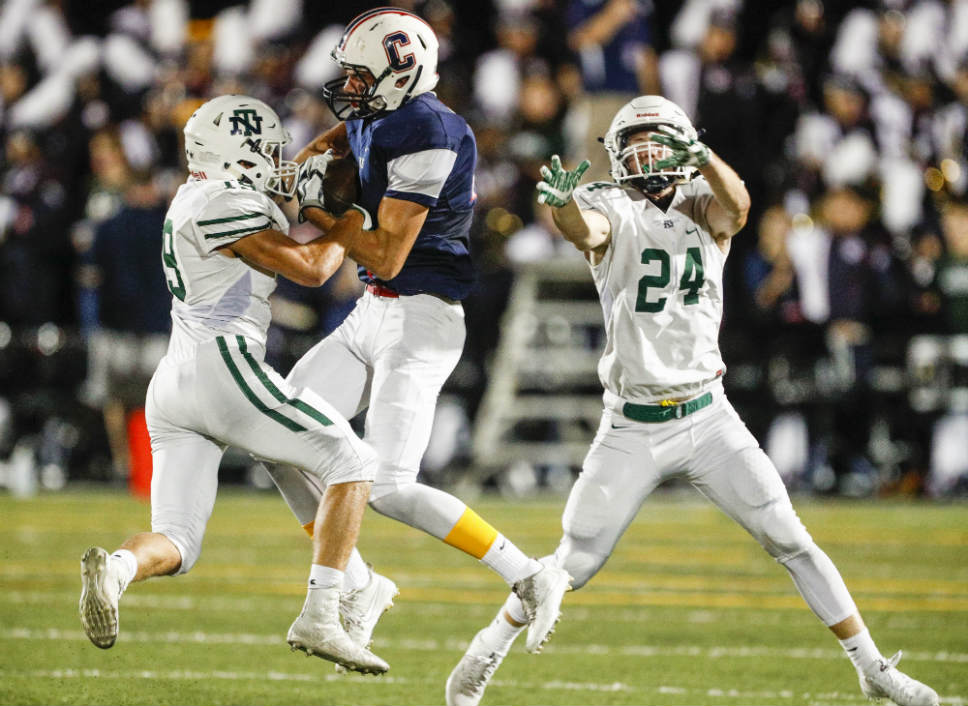 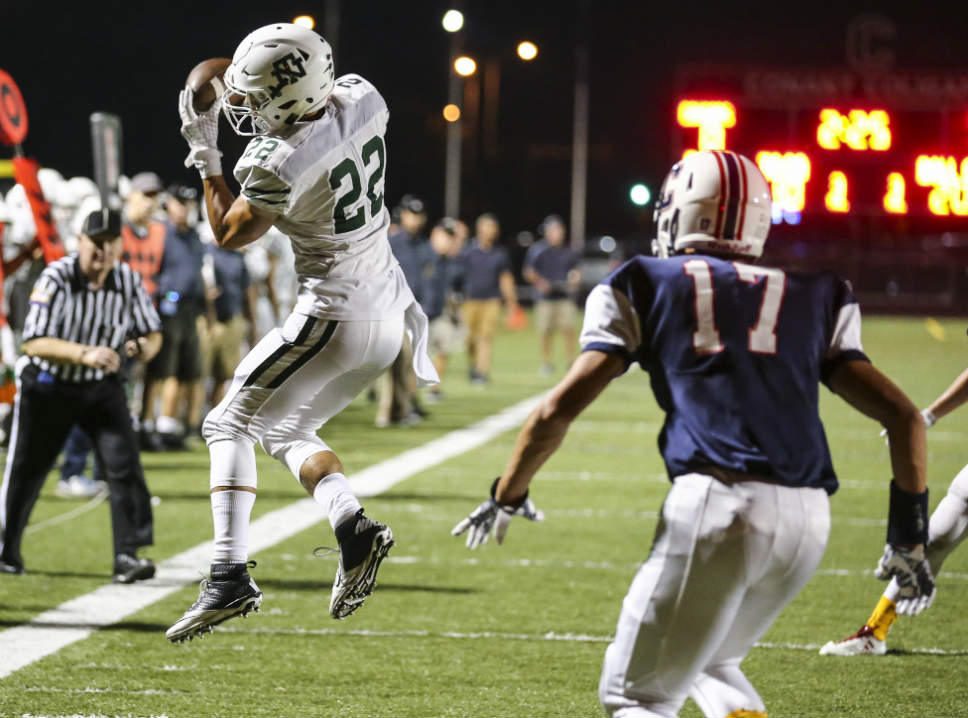 Anthony Nicholas of the Trevians makes a sideline grab. PHOTOGRAPHY BY JOEL LERNER