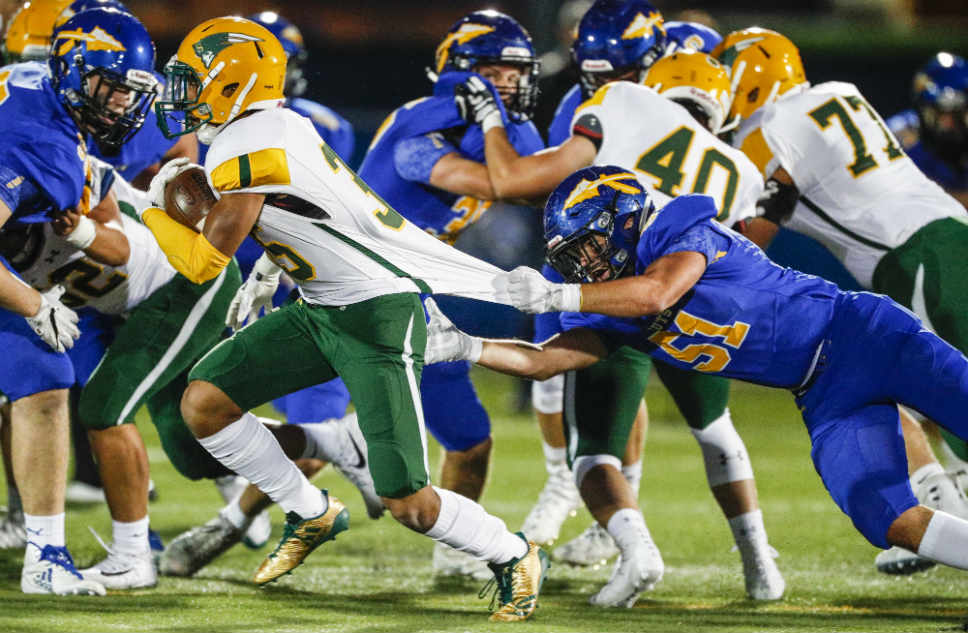 Lake Forest High School senior safety Chris Cavalaris intercepted a pass for a third straight game, and one of his cohorts in the backfield, junior Eddie Scheidler, recorded his first career varsity pick in a North Suburban Conference football opener on Friday night.

But visiting Stevenson passed too many other tests in a 23-0 victory on Sept. 8.

Cavalaris already has four interceptions in three games this fall — after coming down with one in the 2016 season.

“That’s a positive,” he added.

A negative: Scouts senior quarterback Jack Mislinski’s yardage total on the ground. The signal caller scrambled in attempts to elude the Patriots’ impressive pass rush all night, finishing with minus-54 yards on nine carries to go with his 63 yards (8-of-14) through the air.

The pass was nearly deflected by a Scout near midfield.

“We need to make plays,” Spagnoli insisted. “We just have to be better.”

“Covering 85 [Cekay],” Stevenson coach Josh Hjorth said of a key to containing the Scouts’ offense. “We had one and a half guys on him all night; one on him and the other hovering around him.”

Scouts Spencer Yauch (5 tackles, including two for a loss), John Deering and Charlie Aberle each had a sack in the loss. 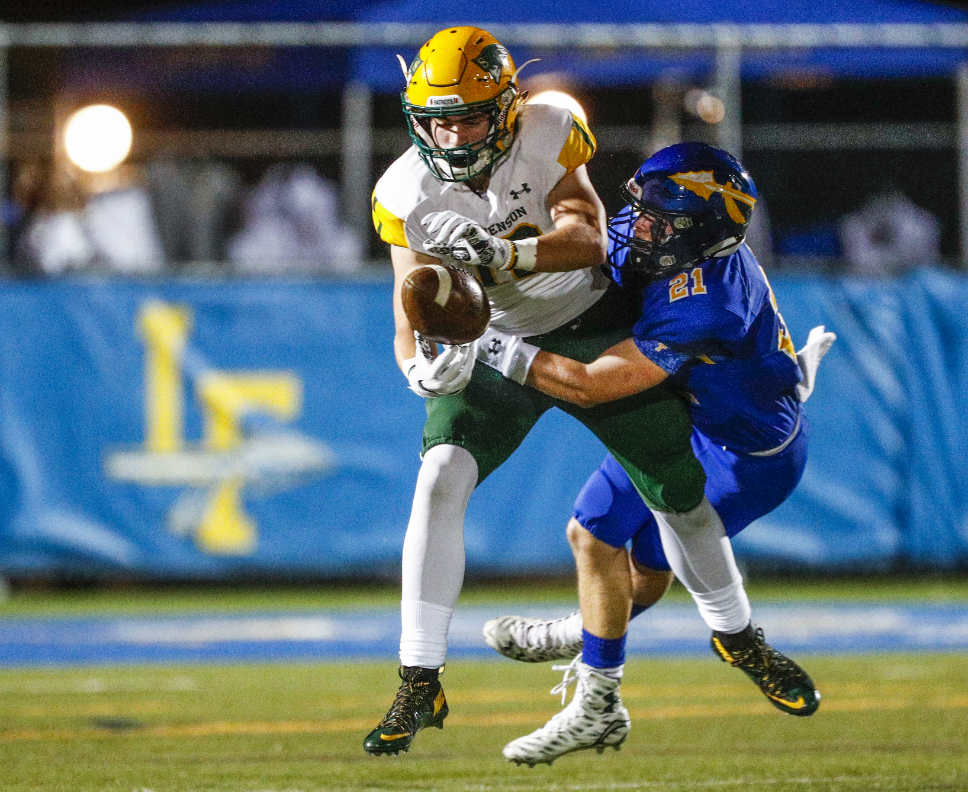 Chris Cavalaris of the Scouts (No. 21) tries to break up a pass intended for Stevenson’s Ryan McElhinny. PHOTOGRAPHY BY JOEL LERNER 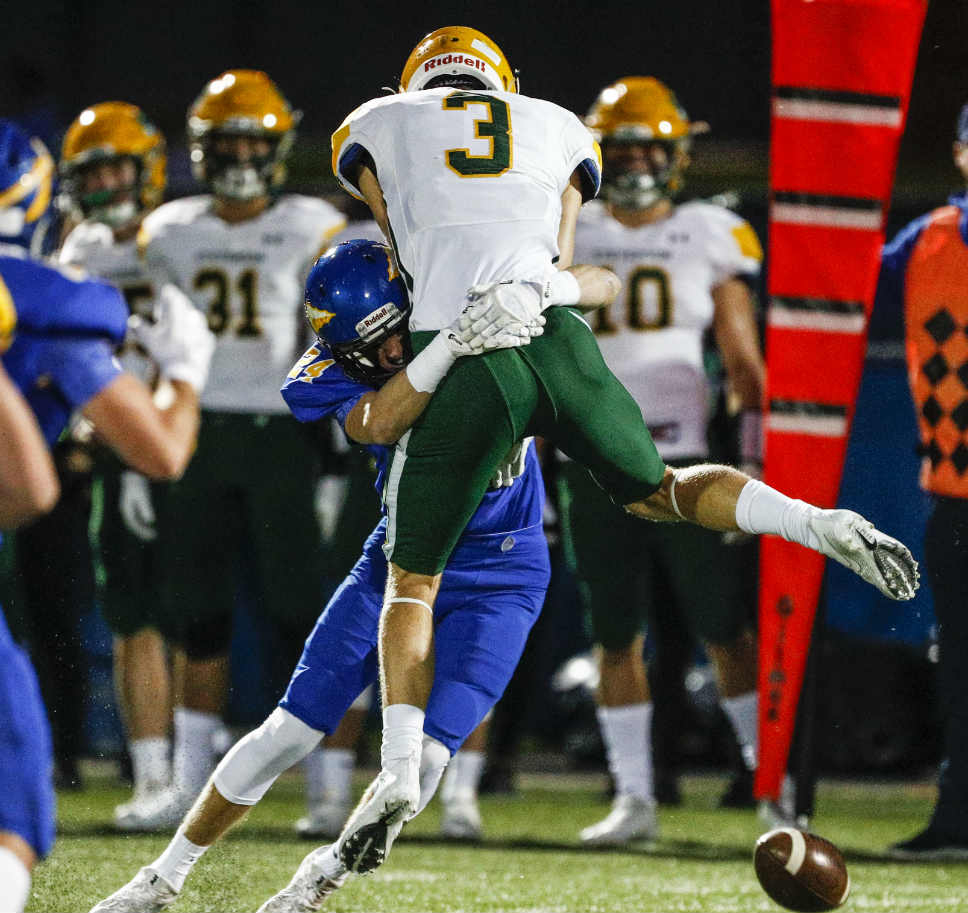 Eddie Scheidler of the Scouts breaks up a pass against Stevenson’s Tyler Porzycki. PHOTOGRAPHY BY JOEL LERNER 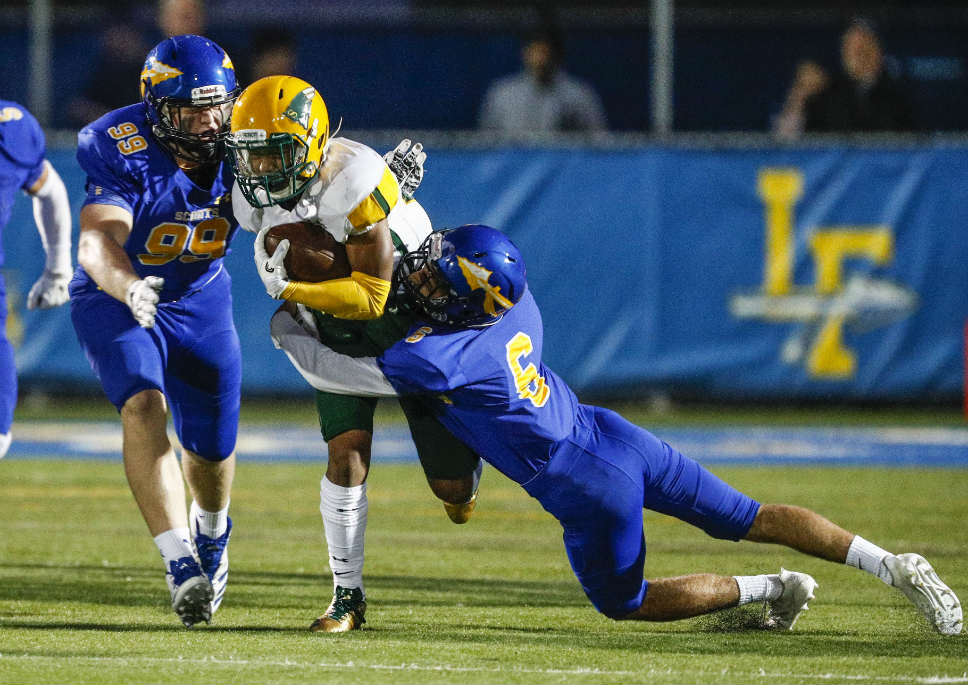 LF’s Rylie Mills (No. 99) and Will Freeman team up to take down Stevenson’s Jean Marc Etienne. PHOTOGRAPHY BY JOEL LERNER 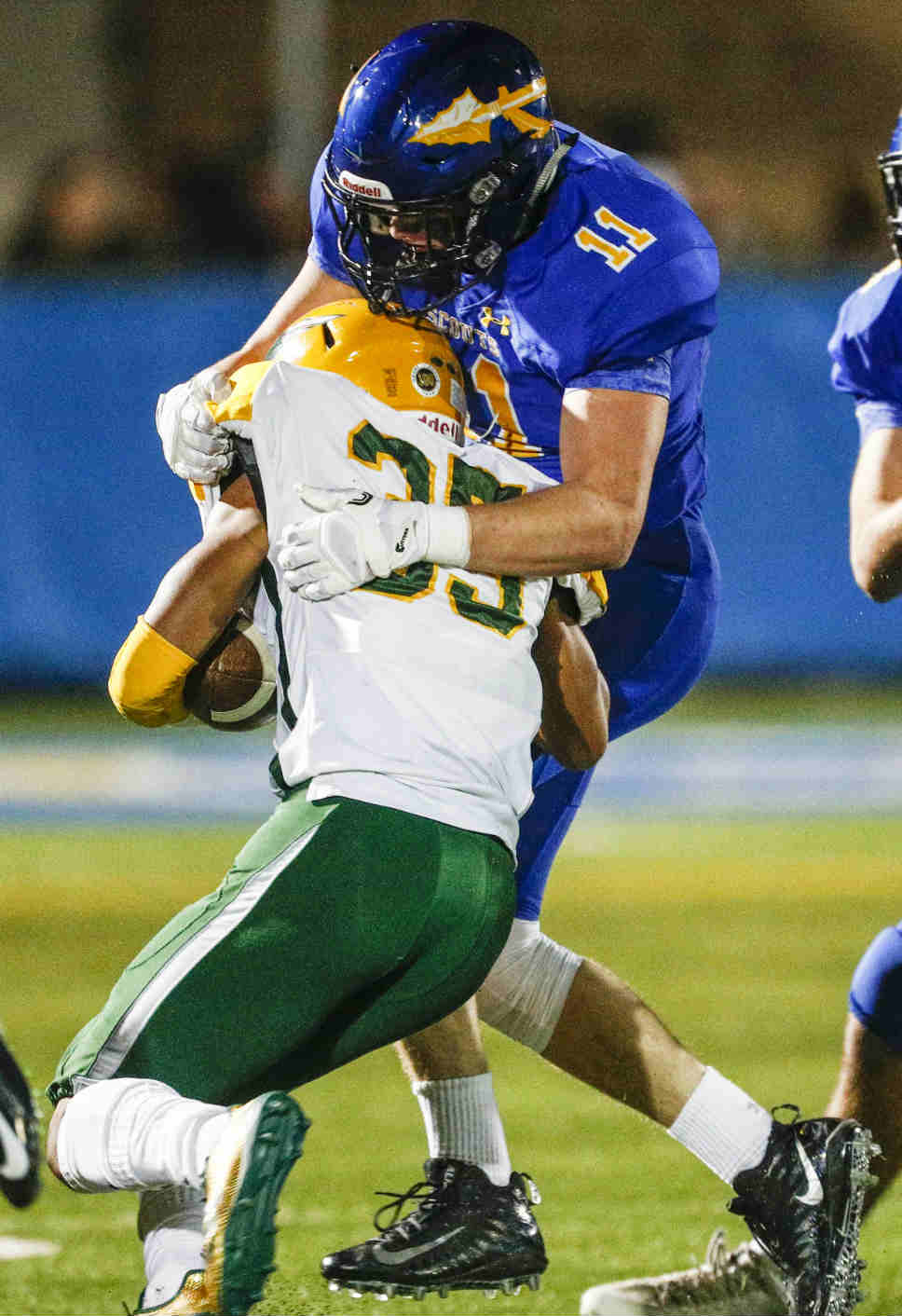 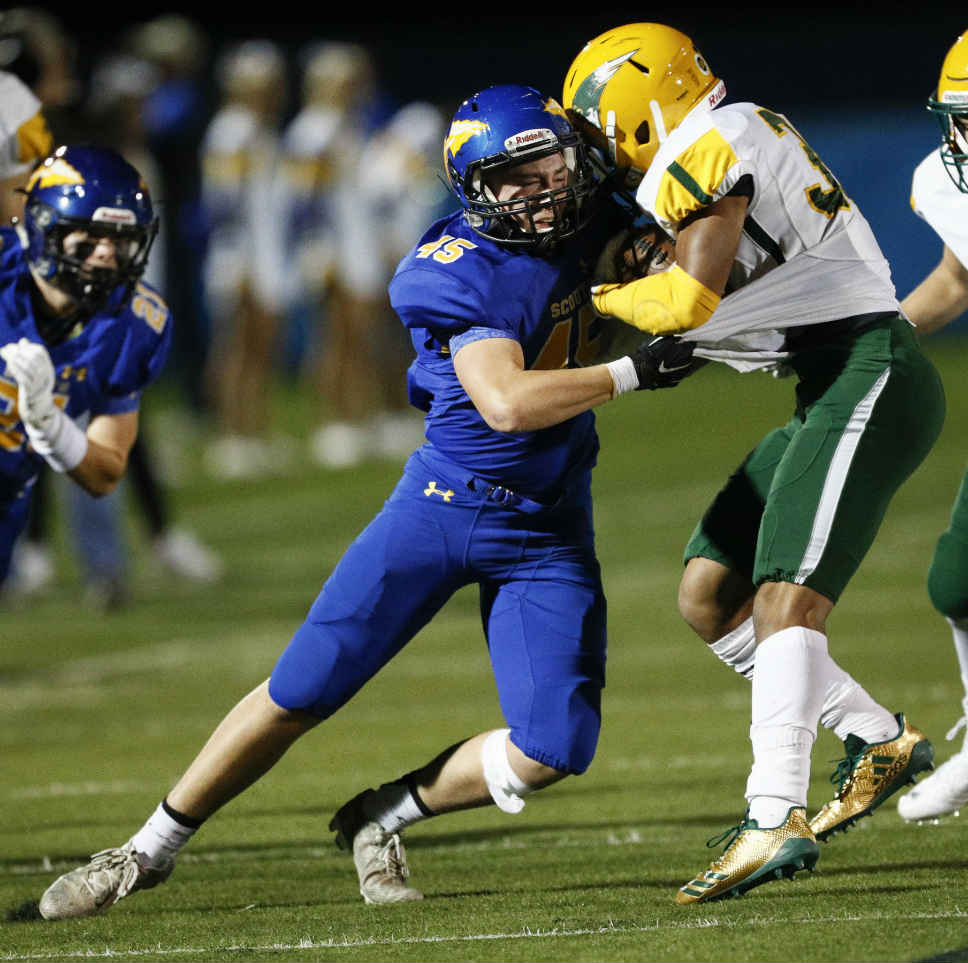 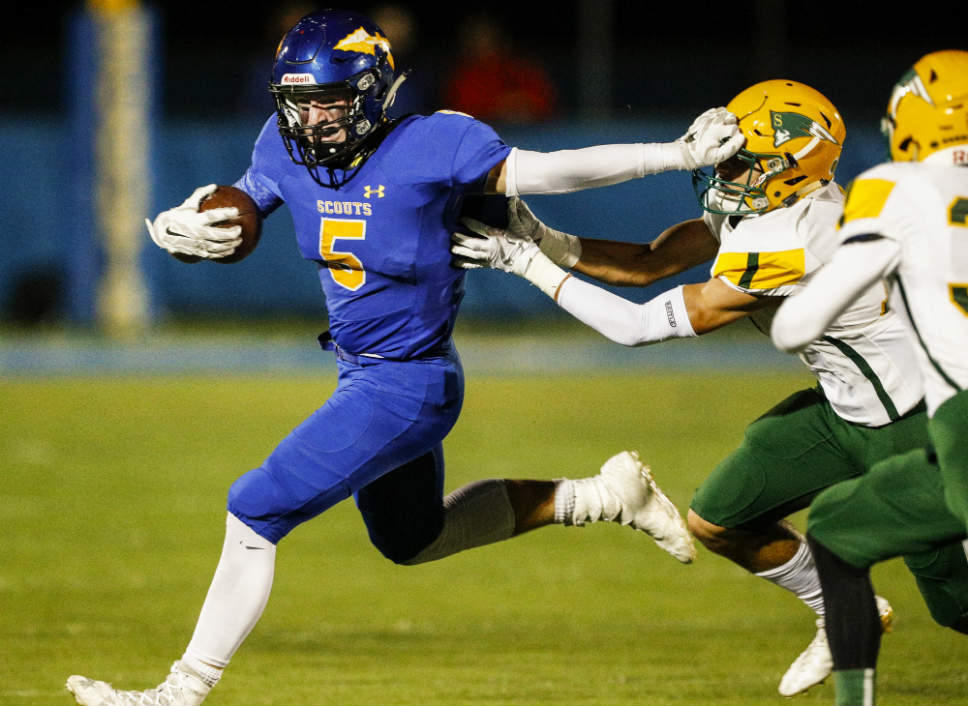 Bryan Ooms of the Scouts stiff-arms a Stevenson defender. PHOTOGRAPHY BY JOEL LERNER 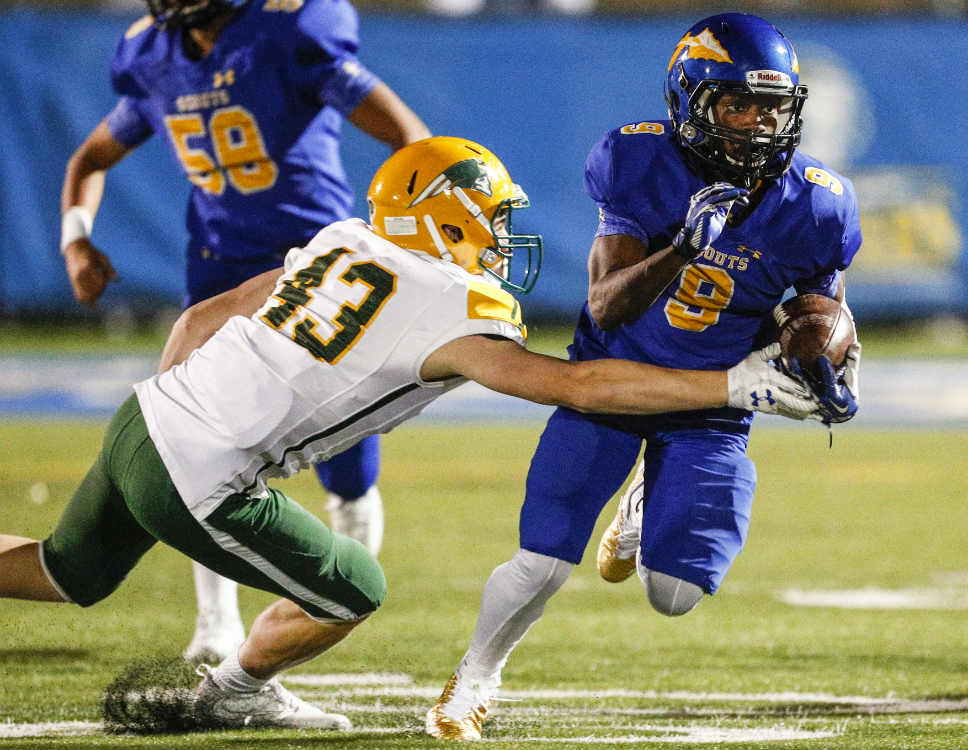