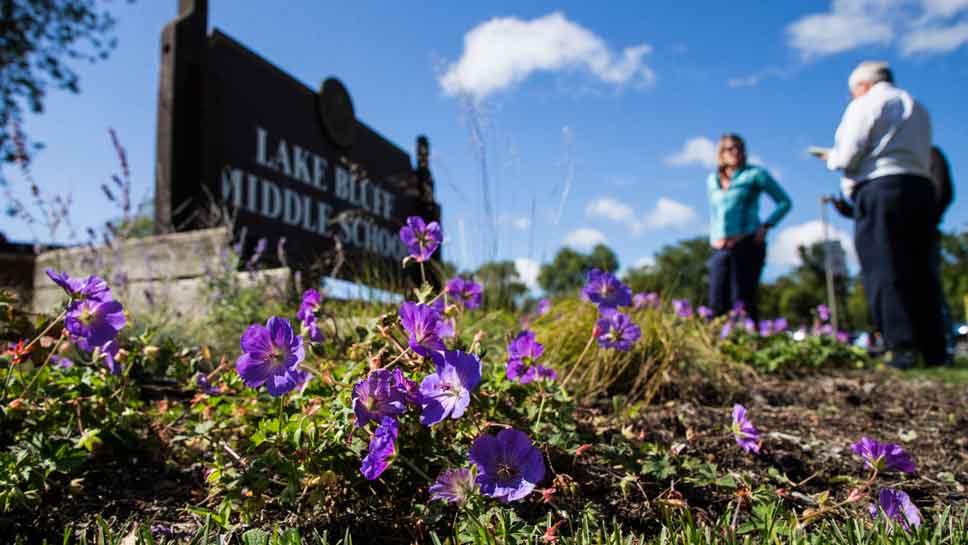 LAKE BLUFF — Though the Lake Bluff Garden Club does most of its own planting, when the time came for a special 100th anniversary project at Lake Bluff Middle School, the members enlisted Mariani Landscape.

The club dedicated three planter boxes September 6 at the entrance to the building and plantings surrounding the sign in front of the school recreating the club’s first civic project in 1923, when it decorated a different campus that no longer exists.

“The members took plants from their own gardens and planted them at the East School,” said Daun Roth, chairman of the club’s centennial committee. “To commemorate that we decided to do another project with the School District.”

Roth said this time rather than take their own plants and put them in the ground themselves, they got in touch with Mariani. The project landed on the desk of Abbey Oscarson, Mariani’s garden specialist, and Andy Cervantes, a Mariani project manager.

Cervantes met with members of the club, school officials and students who are part of the Environmental Club. Oscarson listened as they told her and Cervantes what they wanted to see.

“They wanted a lot of native plantings if possible,” said Oscarson. “They wanted (flowers) to bloom all season long. They wanted a new look, something fresh. We wanted to give them something low maintenance because they have a lot do around here.” 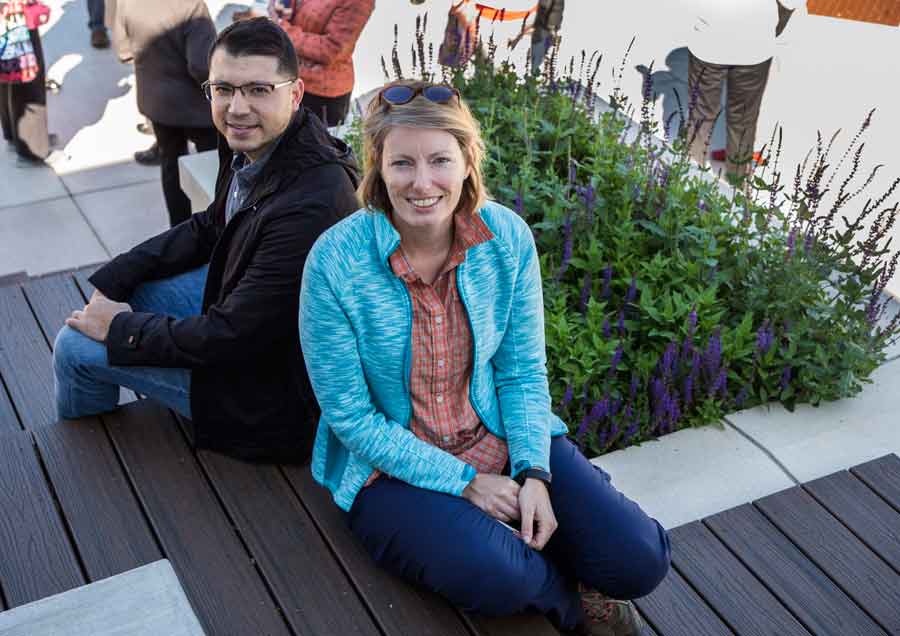 One of the most important things to the school community was beautifying the vegetation around the sign in front of the school. Roth said there were two overgrown crabapple trees on either side of the marker and a lot of excess growth in the flower beds themselves. Cervantes and Oscarson got to work.

“We removed the crabapple trees,” said Cervantes. “It really brightened things up. These flower beds were so overgrown. We opened it up and made it brighter. We were able to use some of what was here.”

The three planter boxes near the entrance to the school building transformed the school’s appearance, according to Principal Nate Blackmer. He said immediately after the renovation it was non distinct no more.

“People didn’t know where the entrance was,” said Blackmer. “Now they see this,” he added pointing to the planter boxes.

Along with guiding people to the entrance it makes the students feel good about their school, Blackmer said.

“They hear the comments and it makes them proud,” said Blackmer. “Kids will come here (from other schools) for athletic events and say this is a cool school.”

The club funded the project with Mariani providing the design and work. Though the club has been celebrating its centennial since it entered its 100th year in 2016, the project with the middle school had to wait, according to a May 24 DailyNorthShore.com story. 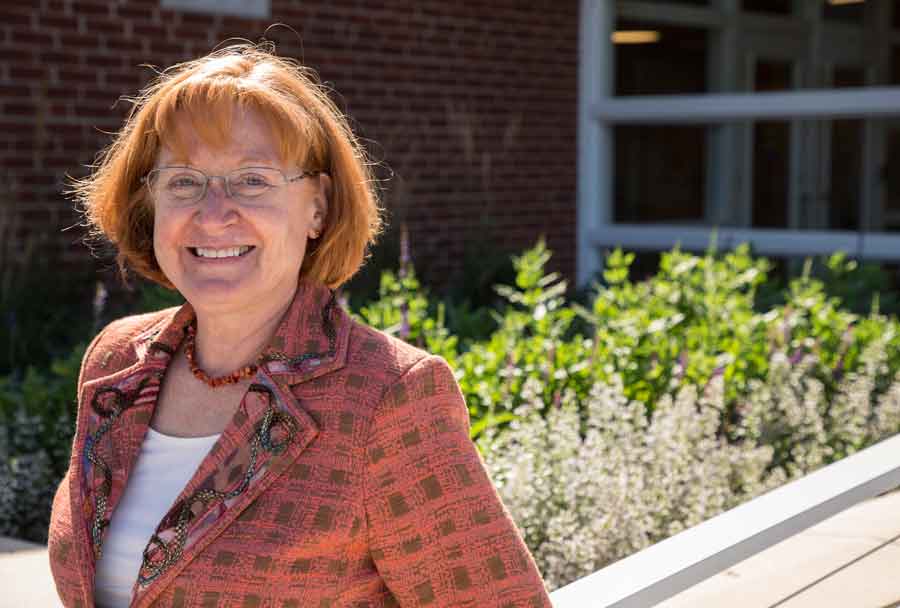 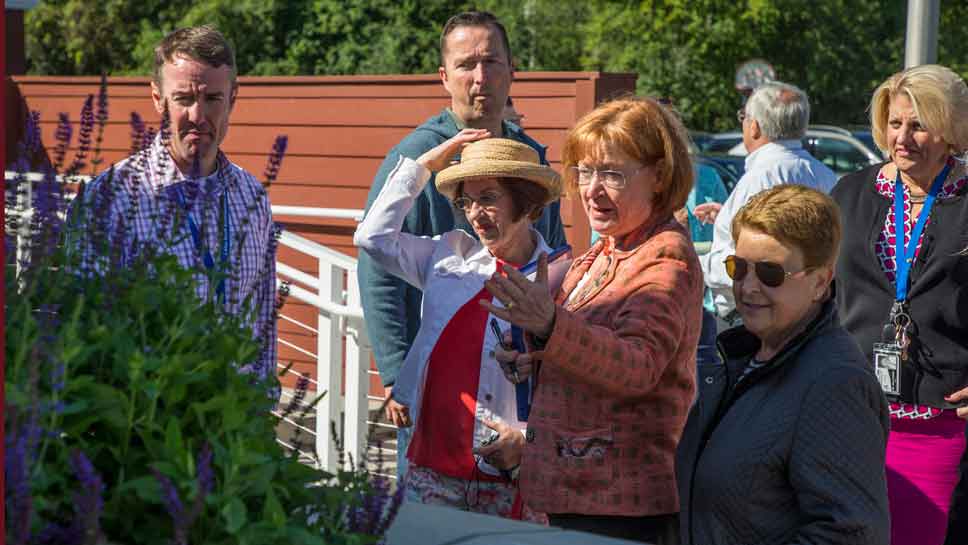 The school underwent a massive renovation. The bulk of the work was done a year ago to start the 2016-2017 term, according to an August 15, 2016 DNS story. The final touches on the landscaping were not ready until more recently making this one of the final events of the centennial celebration, according to Roth.

An important thing to the students in the environmental club was plants that would be pollinated by native wildlife like bees and butterflies, according to Oscarson. She said she and Cervantes made an effort to assure that will happen.

“The kids really wanted to see pollinators. By next year you’ll see bees and butterflies. The kids will see it and get excited,” said Oscarson. She did not have to wait that long. “There’s one now,” she added pointing to a bee buzzing around blooming flowers.