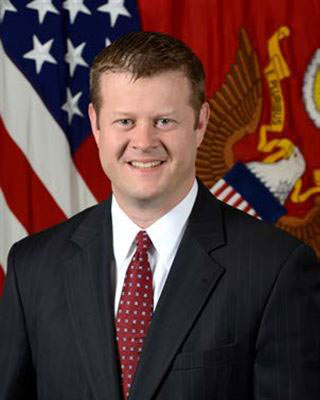 Ryan D. McCarthy, a 1992 Loyola Academy graduate formerly of Glenview, was named acting secretary of the U.S. Army on Aug. 02. He has statutory responsibilities that include 1.4 million soldiers, Department of the Army civilians, Reserve affairs, installations, environmental issues, weapons systems and equipment acquisition, communication, and financial management, while taking care of Army Families and Soldiers for Life.

According to the Loyola Academy website, McCarthy was a student-athlete on the track and field team and talked with his coach, Frank J. Amato, a former U.S. Marine, about the joining the military.

Prior to his confirmation, McCarthy worked for Lockheed Martin Corporation in sequential vice president roles responsible for the sustainment, customer solutions and program integration of the F-35 Joint Strike Fighter program and the company’s global security policy.

McCarthy previously served as the special assistant to the 22nd Secretary of Defense Robert Gates, under Presidents Bush and Obama, where he advised as the secretary’s representative to the White House, Congress, National Security Agencies and other Foreign Governments. He also served as the special assistant to the under secretary of defense for Acquisition Technology and Logistics and was responsible for policy development and coordination with the joint staff and uniformed services acquisition leaders on procurement and supply chain management policies.He also served as a professional staff member in the U.S. House of Representatives Committee on International Relations.

McCarthy proudly served in the U.S. Army from 1997 to 2002 and was involved in combat operations in Afghanistan in support of Operation Enduring Freedom with the 75th Ranger Regiment, U.S. Special Operations Command.

He holds a Bachelor of Arts in History from Virginia Military Institute and a Master of Business Administration degree from the University of Maryland’s Robert H. Smith School of Business.

McCarthy and his wife have been married for over 10 years and have one daughter.

From the U.S. Army, Loyola Academy, and media reports