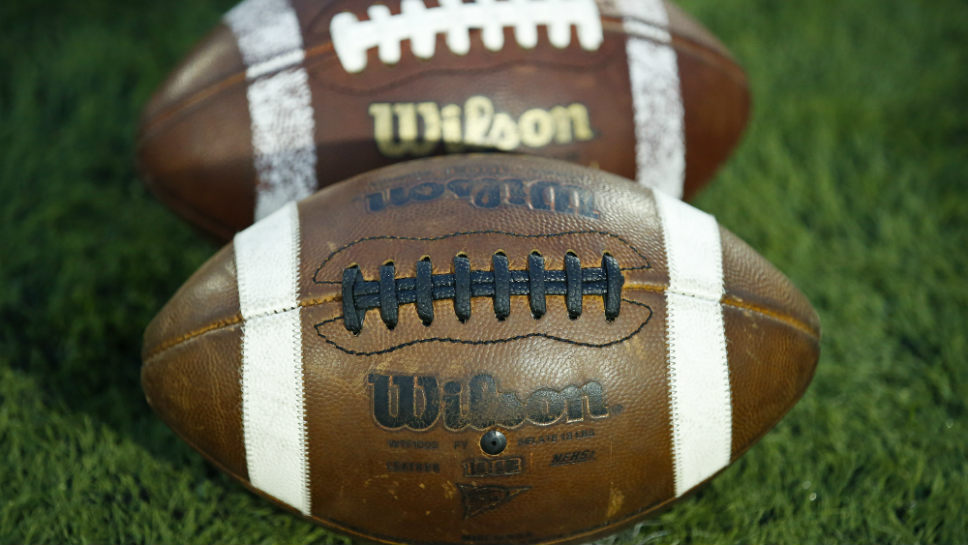 The football team from Bishop Amat Memorial, a Catholic school in La Puente, California, kicked off quite a field trip with a game in Northfield on Friday night.

Bishop Amat’s Lancers had traveled a little more than 2,000 miles to face Loyola Academy’s Ramblers on New Trier’s home turf. They lost 13-6 on Sept. 1, but don’t feel sorry for them.

Some of what’s left on their itinerary: a drive to South Bend, Indiana, for a University of Notre Dame football game on Sept. 2; a visit to Wrigley Field for the Braves-Cubs game on Sept. 3; time on a boat on Lake Michigan before their return to the Left Coast.

“Sounds like a fun trip to me,” Ramblers senior running back Hamid Bullie said.

But Loyola Academy’s gridders (1-1) wore all of the smiles after a highly competitive game in front of packed bleachers behind both sidelines. Bishop Amat (0-2) was coming off a 31-7 loss to perennial power Mater Dei on Aug. 25, the day before LA would fall 20-14 to Phillips in Chicago.

“For our defense to do that, to hold [Bishop Amat] to six points with the injuries we have — that’s impressive,” Ramblers coach John Holecek said.

Indeed. LA was up 13-3, late in the third quarter, when Bishop Amat had a first-and-goal from the Ramblers’ four-yard line following a 52-yard run by junior Kenneth Collins.

The visitors turned the ball over on downs at the one-yard line.

“Heart,” Ramblers senior inside linebacker Anthony “A-Rod” Rodriguez said of the D’s collective weapon at that critical juncture. “We had a lot of that going for us, along with pride. I grabbed [quarterback Blake Archuleta’s] left leg on that fourth-down play. That was my way of saying, ‘You’re not going anywhere.’ ”

LA’s inspired defense allowed only a pair of field goals (28 and 24 yards) from Shazel Mansour Sakr.

The Ramblers scored via a four-year TD run by sophomore running back Tyler Flores (8 carries, 33 yards) and a six-yard burst from No. 6, busy and productive quarterback Quinn Boyle, a senior who completed 21-of-28 tosses for 188 yards and rushed 22 times for 77 more yards.

Ramblers junior wide receiver Rory Boos (think Chicago Bears rookie wideout Tanner Gentry) earned rounds of applause with his team highs of seven catches and 106 receiving yards. Senior wideout Dillon Grant totaled 51 receiving yards on five grabs — all in the second half, with the first four coming on that lengthy drive at the start of the third quarter.

Bullie finished as LA’s second-leading rusher with 37 yards on 13 carries.