The City of Highland Park owns the land where the country club is located and the park district operates it under the terms of a lease which started in 2015. The lease is the product of a 1996 intergovernmental agreement between the two entities.

The park district unanimously approved a resolution to seek city approval to end golf operations at the end of the year during its July 25 meeting. On July 28, Park board President Brian Kaplan informed Mayor Nancy Rotering in a letter of the district’s intention. The letter said in part no response by the council by August 31 would be taken as approval under terms of the agreement.

“This is our response,” said Rotering at the Committee of the Whole meeting before a crowd of more than 40 people  on August 28 at City Hall. “We want to have a serious discussion about the issues surrounding the golf course and senior-related issues. We want to have it out in the open.” 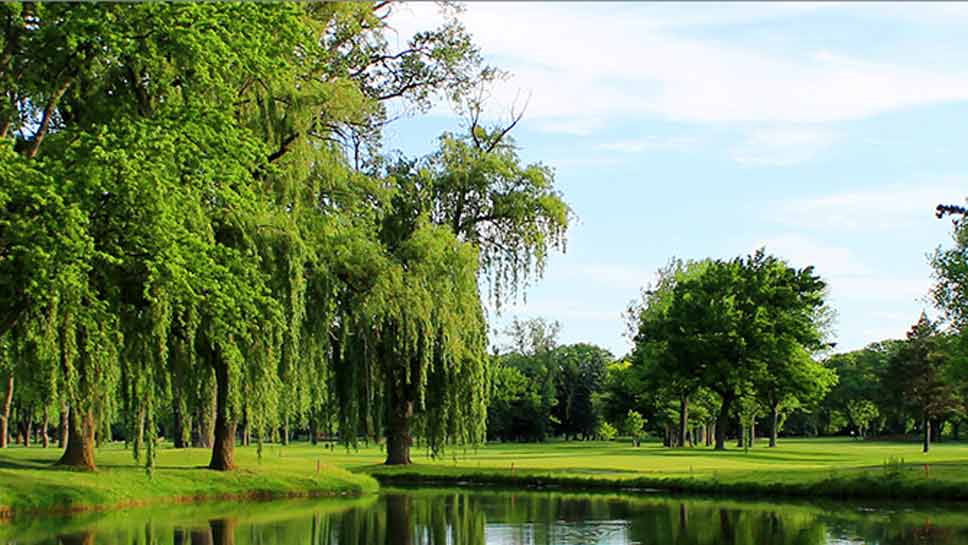 Though Rotering did not open the discussion to public comment, she has a clear message to those in attendance on what to do about the joint meeting.

“Come one, come all,” said Rotering. “We urge all of our residents to participate.”

Kaplan Agrees on Benefits of Meeting

Kaplan said he and Rotering have had discussions since he sent his letter. He said he thinks the meeting is good for Highland Park.

“I agree with Nancy (Rotering) that a meeting of both bodies is beneficial to the community,” said Kaplan in a DailyNorthShore.com story. “We’ve talked about it a little and we agree.”

After a brief introduction of the item, city attorney Steve Elrod gave a detailed history of the country club property. He started from the time a developer first sought approval to purchase the then privately owned course in 1988 and turn it into a housing development.

A planned unit development was initially approved on the site but the developer filed for bankruptcy protection before work began, according to Elrod. He said as part of the bankruptcy reorganization, the city was the winning bidder at an auction for the property. It paid $11.5 million.

In 1995, the city sold part of the property to a developer for $4 million. That builder put up the Legacy Club homes and condominiums. The rest remained a golf course, according to Elrod. A year later the city and park district made their agreement.

In 2002, a conservation easement was placed on the property, according to Elrod. He said the only two possible uses of the property are a golf course or open space.

Either the park district or the city can terminate the lease, according to Elrod. He said the party who wants to withdraw must give a 12-month notice, and it can only be done on the last day of the year. He also said the park district needs the city’s approval to cease golf operations, but the consent “cannot be unreasonably withheld.”

The primary reason the park district wants to close the golf course and eventually turn it into an open land preserve is because the operation has lost more than $1 million over the last four years, according to an August 6 DNS story. The city ran the club in the first two of those years and the park district for the final two.

The park district also operates Sunset Valley Golf Course. That course is also losing money but substantially less, according to the DNS story.

One of the people who spoke said the courses’ financial performances were fairly equal. Another person who spoke suggested the city give a close look at the park district’s financial reporting.

Click here to read the DNS story with a complete financial analysis of both the country club and Sunset as well as Cash’s comments about the subject.