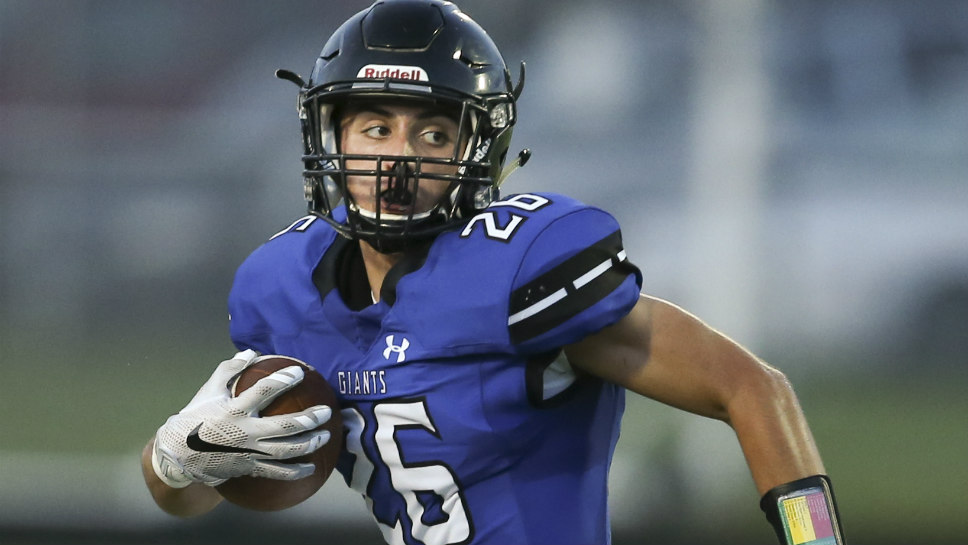 The big question with Highland Park High School’s football team is how does it replace star running back DJ Penick.

He was a happening last year. The highly entertaining Penick rushed for 1,718 yards and 23 TDs during the 2016 season. He was named — probably by a landslide — the CSL North Offensive Player of the Year.

Penick, who is playing his college ball at Murray State in Kentucky, also ran for more than 1,000 yards as a junior.

To counter his loss, the Giants have installed a “running back by committee” plan.

And HP head coach Joe Horeni is … not worried.

Highland Park will host Libertyville on Aug. 25 at 7 p.m.

“He still doesn’t know how good he can be,” says Horeni. “He’s fun at school, mean on the field. He turns on the switch, when he takes the field.”

Sakos worked his way into the starter’s role last season — and didn’t disappoint. In five starts, he completed 36 of 59 passes for 432 yards. He tossed two touchdown passes and threw two picks.

“He’s got good intangibles,” says Horeni. “We like his leadership, and what he does on the field.”

The backup QB will be junior Michael Rooney.

“Sakos won the job, but Rooney was a close second,” says Horeni.

Brother of Kevin Kaufman, this 5-11, 200-pound senior finally came out for high school football. A gifted athlete, he had put all of his energy into martial arts.

“I’m very excited that he came out,” says Horeni.

So far, he’s been an instant success. He will start at offensive guard. 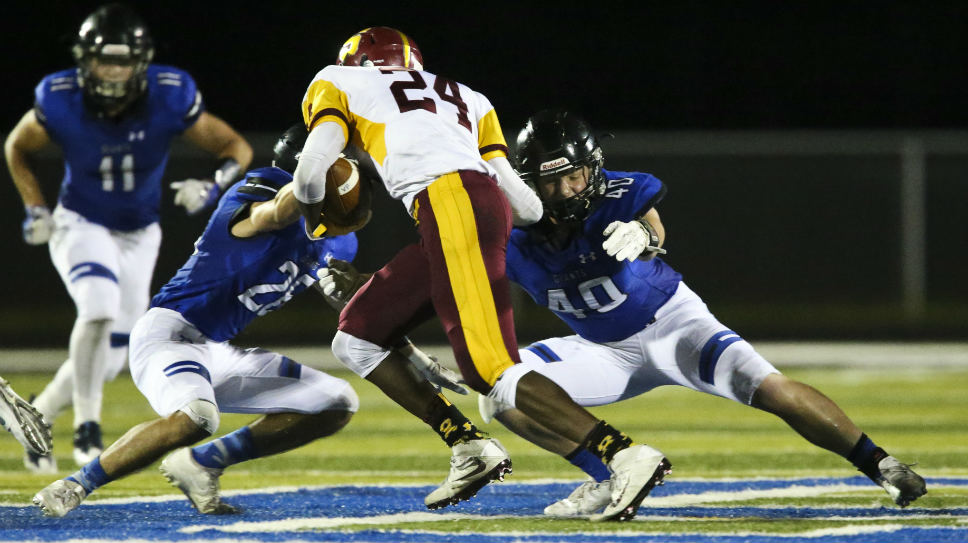 Giancarlo Volpentesta (left) and Tommy Motzko team up to take down a ballcarrier last fall. PHOTOGRAPHY BY JOEL LERNER 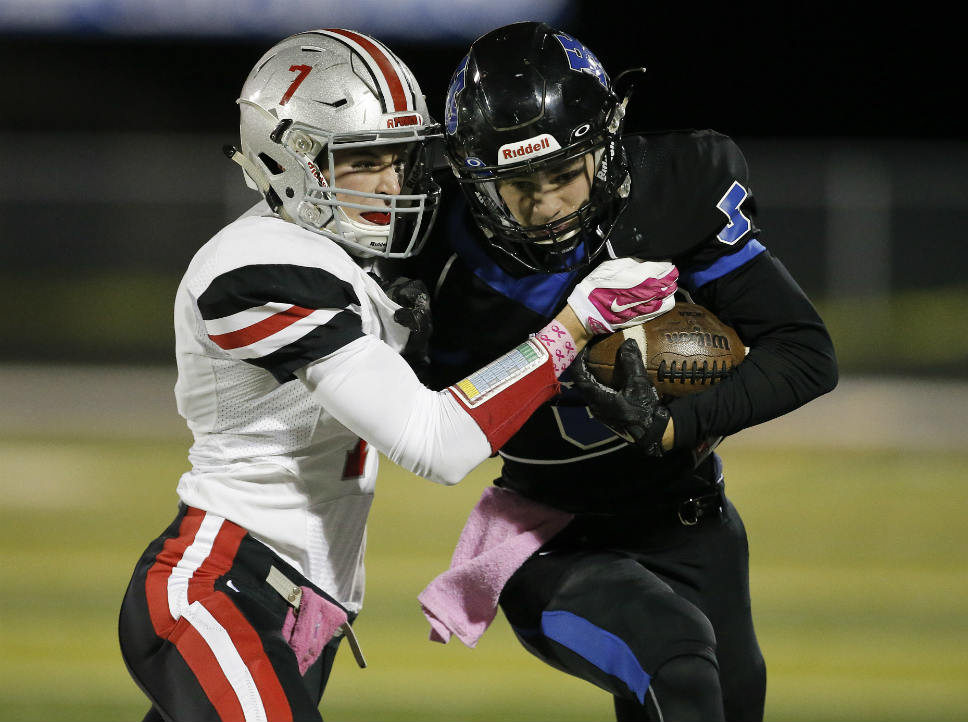 Justin Goodman (right) will be a three-year starter for the Giants. PHOTOGRAPHY BY JOEL LERNER