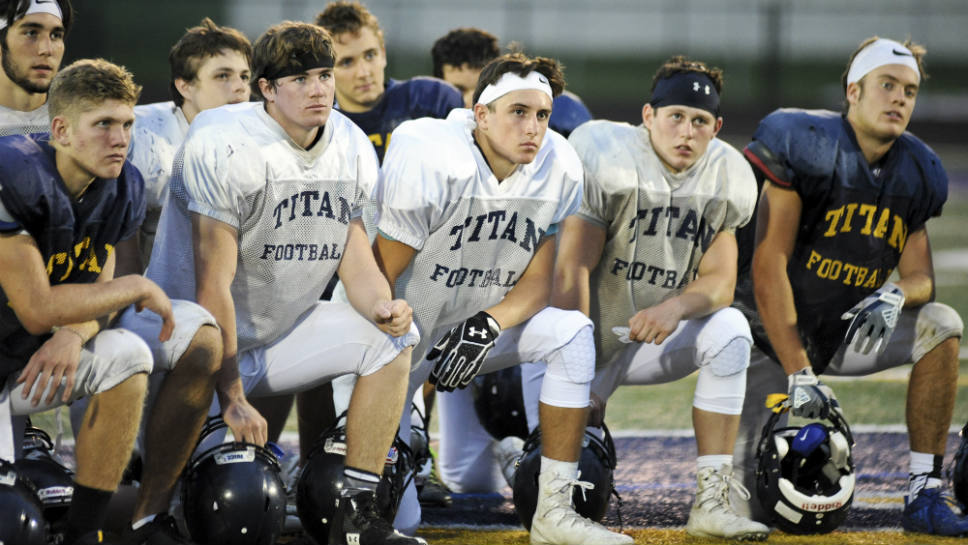 Beware: next sentence is a huge understatement.

Glenbrook South is coming off an extremely trying season.

Despite being competitive in most games, the Titans didn’t get into the win column until Week Nine, when they crushed 1-8 Niles North 63-17.

So, second-year head coach — and longtime GBS assistant — Dave Schoenwetter is anxious to turn things around. And he believes he’s got the talent to do just that.

So, beware … of the Titans.

The 6-0, 180-pounder played five quarters a year ago. He nearly engineered his team to an upset victory against Fremd. He finished THE 2016 season 16-for-27 for 156 yards with two touchdowns and two interceptions.

Junior Harry Panagakis had the inside track to be the starting fullback. But a non-contact injury in the summer put Panagakis on crutches. He will be sidelined for the season.

Jerfita will fill the vacancy, moving from tailback to fullback.

“It’s sad that we lost Harry, but this gives Jack a chance to shine,” said Schoenwetter, noting that the two formed a nice backfield tandem last year on the sophomore level. “He’s done a good job of getting ready to play the position.”

Notable: Week One foe, Urban Prep/Englewood, went 1-8 last season. … The roster numbers at GBS are holding steady. The program has 50 varsity players and 40-plus at both the freshman and sophomore levels. … Last year’s sophomore team finished 6-3.

“I’ve been thinking about this [being the starting quarterback] for a while. I’ve been watching Glenbrook South games since the fifth grade … I’m real excited about the season.” — Chrones. 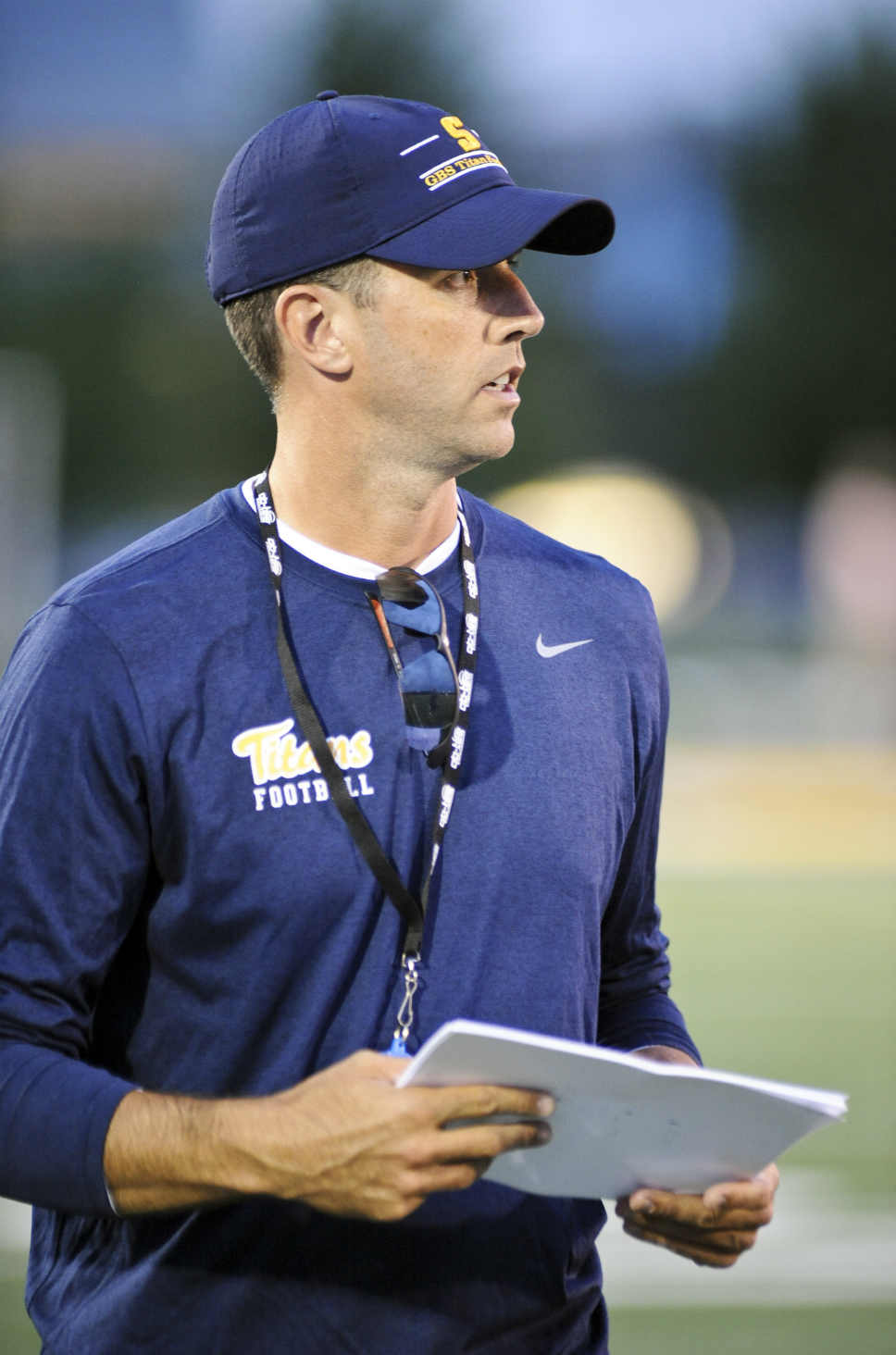 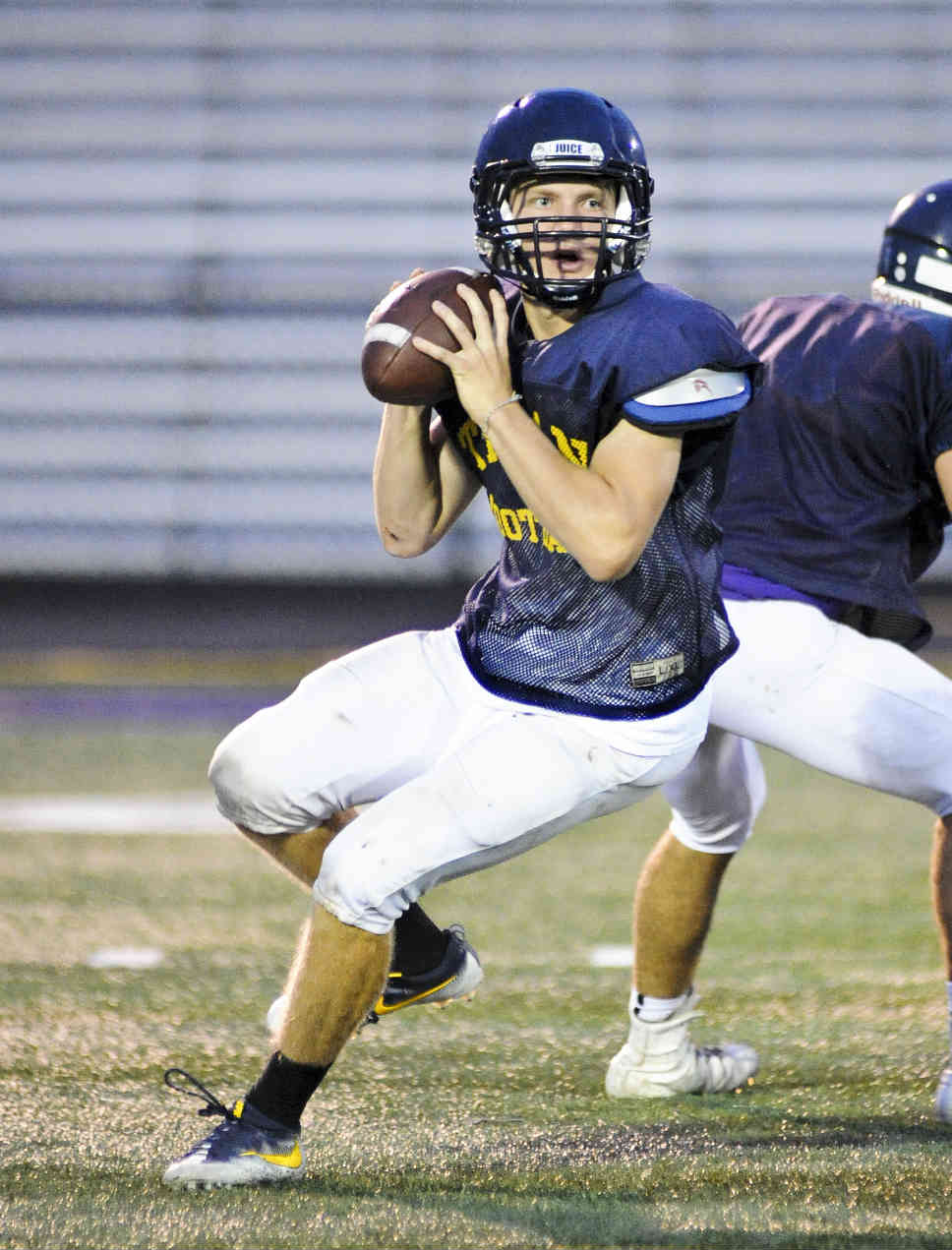 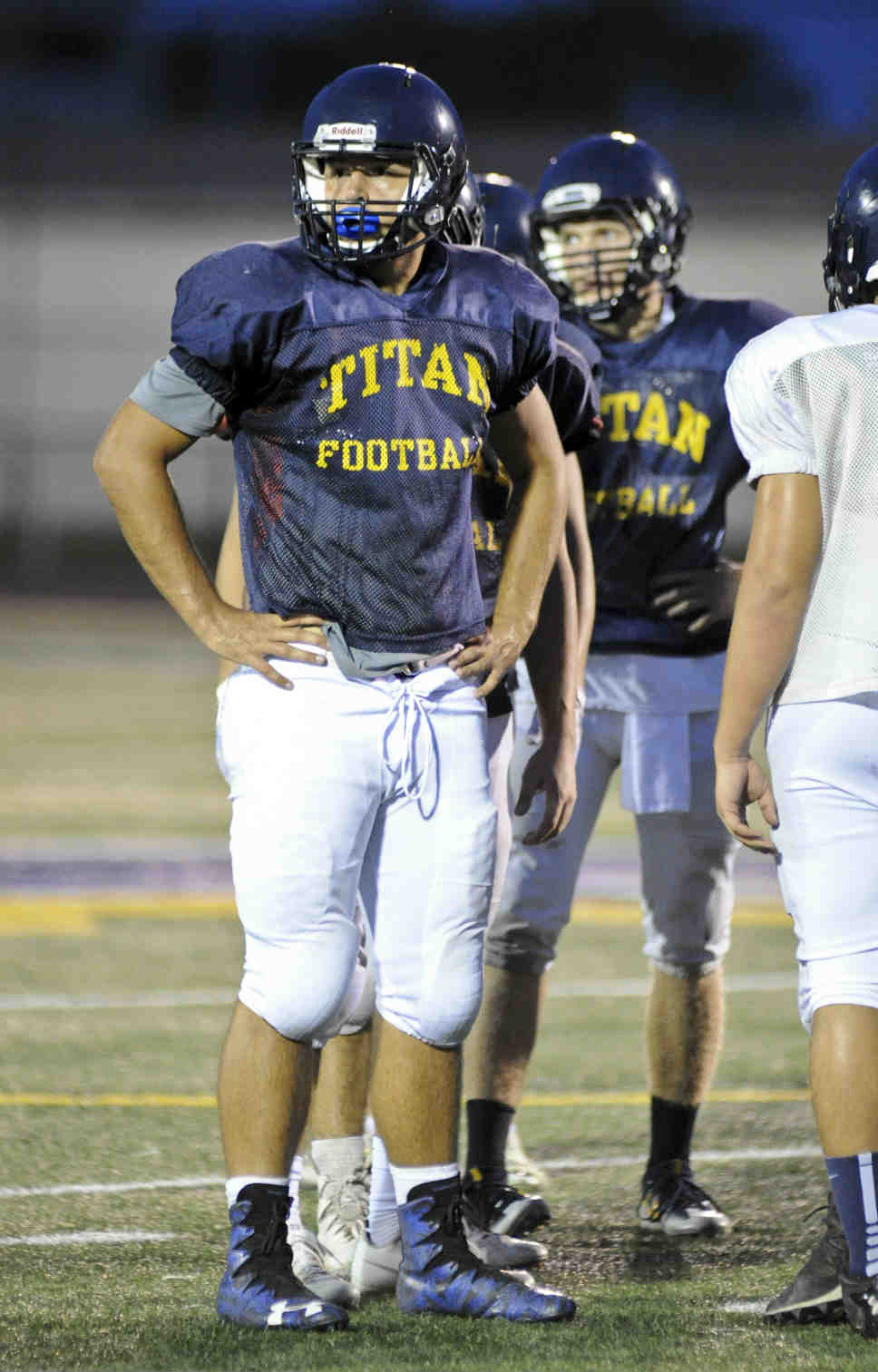 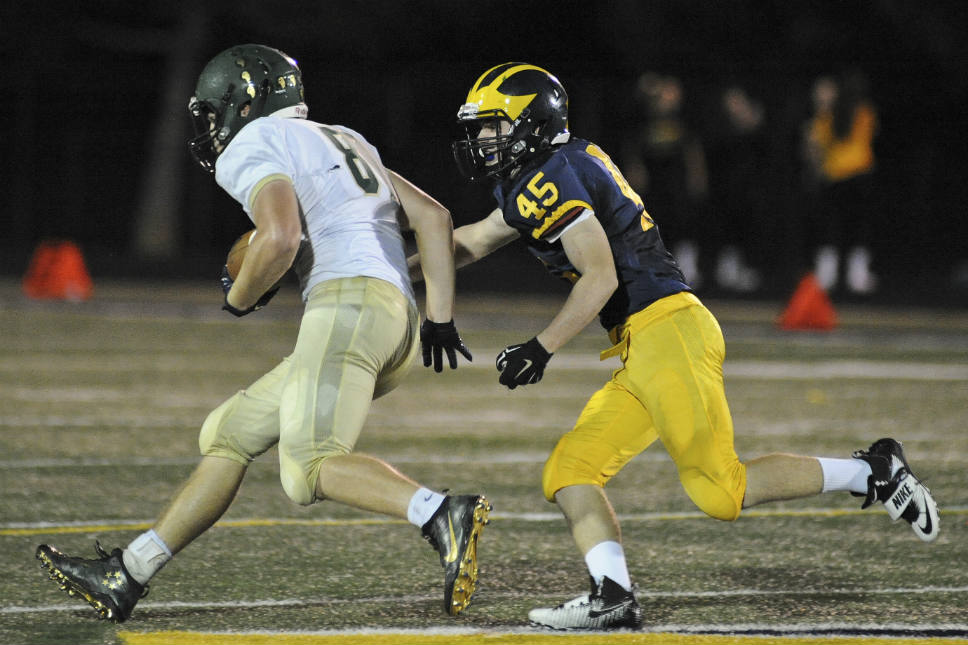 GBS’s Conor Nash (No. 45) tracks down a ballcarrier in action last season. PHOTOGRAPHY BY GEORGE PFOERTNER 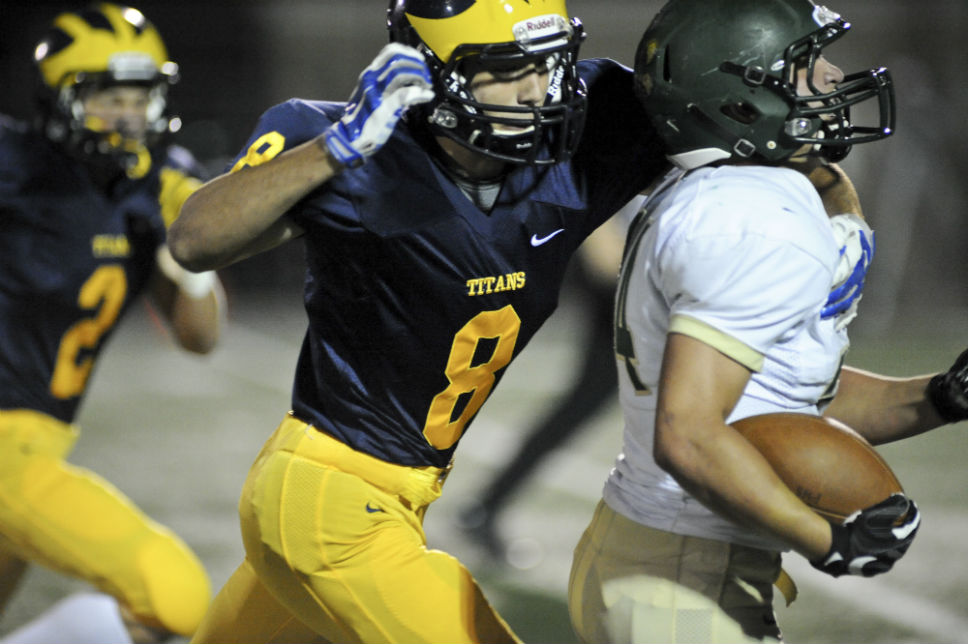