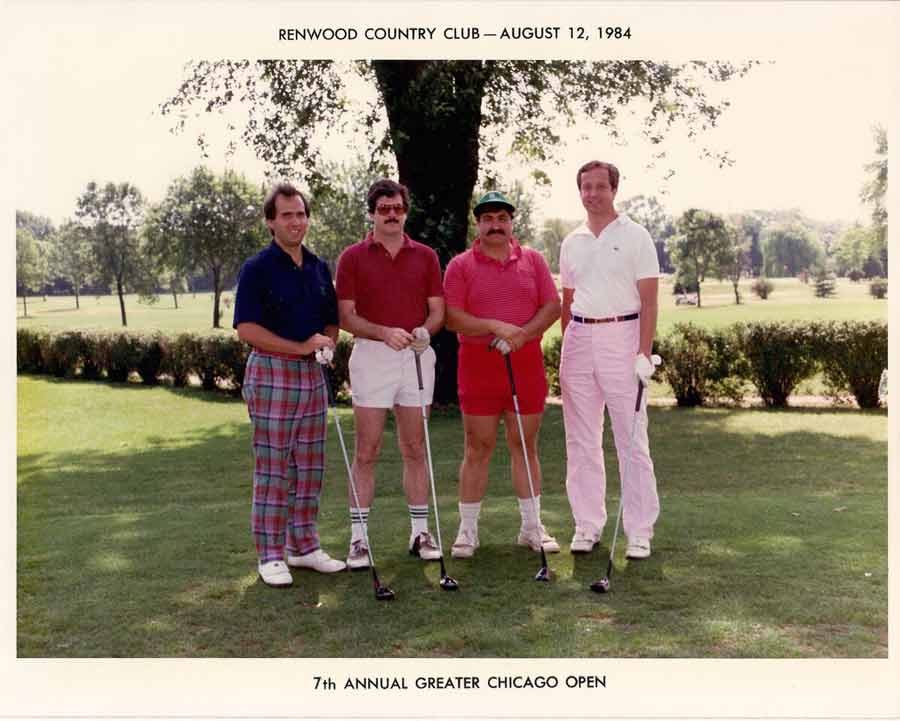 After graduating from Loyola Academy in 1969 and moving away from his hometown of Evanston to attend St. Louis University for college and law school, Steve Schulte decided that an annual summer golf reunion with his North Shore buddies seemed like a great way to stay in touch and play a game he loves.

“As many of us scattered across the country, we thought it would be fun to get together once a year and enjoy a round of golf,” said Schulte, who currently lives in Glenview. “It kept us connected.”

By 1978, Schulte and his pals were settling into responsible adulthood, and their informal annual golf gathering had become a popular yearly ritual attracting ever-larger numbers. Sensing they had a critical mass of successful, service-minded golfers to turn their camaraderie into a meaningful charity, Schulte and his friends made a pivotal decision: instead of golfing together solely for fun, they would play to raise money in support of underserved and at-risk children.

Little City Foundation in Palatine, an organization that works with children and adults with intellectual and developmental disabilities, became the first recipient of the group’s fundraising efforts.

“At that moment in time, we all felt very lucky to be where we were,” said Schulte. “We wanted to give back.”

On August 27, Schulte and the other original founders of Greater Organization for the Less Fortunate, known by the acronym, G.O.L.F., will hold their 40th Annual Chicago Charity Classic at the Glenview Park Golf Club.

What began as a gathering of 27 golfers has grown into a large-scale event featuring 140 players. Over the span of four decades, G.O.L.F’s charitable foundation has raised over $1.9 million and given more than 200 Chicago-area students money to help pay for their school tuition and expenses.

Today, funds raised at the annual G.O.L.F charity classic support the Standing Tall Foundation, founded in 2006 by Father John Smyth, who served as executive director for 34 years at Maryville Academy in Des Plaines, a Roman Catholic institution for the treatment of abused children.

Standing Tall Foundation is dedicated to providing educational opportunities for disadvantaged youth. It is based on the guiding principal that education is a key factor in lifting children out of the cycle of abuse, poverty, and neglect.

“It’s the work of Father Smyth that really drives us,” said Schulte. “He goes into the neighborhoods of Chicago where most people don’t want to go, and the kids love him.”

A 2016 group shot of Greater Organization for the Less Fortunate, aka G.O.L.F.

Schulte and his fellow G.O.L.F founders pride themselves on the fact that 100% of the funds raised on game day are used to help kids in need.

“Every year we have kids attend our annual dinner to share their stories,” said Schulte. “ Many of us get teary…it’s an important reminder that we’re doing good.”

Four decades on, G.O.L.F. continues to grow in size and outreach. The annual event still reunites that same group of close buddies, eager to see each other each year, but now includes friends, neighbors, and work associates, as well as generations of their families.

“It’s evolved over the years,” said Schulte. “Now it’s about half my generation and half our kids’ generation.”

Schulte’s wife, Kathy, and daughter, Maureen, together designed G.O.L.F’s website. His daughter, Kate, and son, John, are also involved in the charity.

And while G.O.L.F’s founders may be a little older and a touch grayer that they were in 1978, their mission has remained the same all these years: to reunite friends – old and new – for a day of golf, lots of laughs, and the knowledge they are supporting a truly great organization.

“I view it as building something one brick at a time,” said Schulte. “The next thing you know, it’s finished.”

To find out more about the 501(c) (3) charitable organization, visit www.golf4others.org, the G.O.L.F. Facebook page, or contact [email protected].