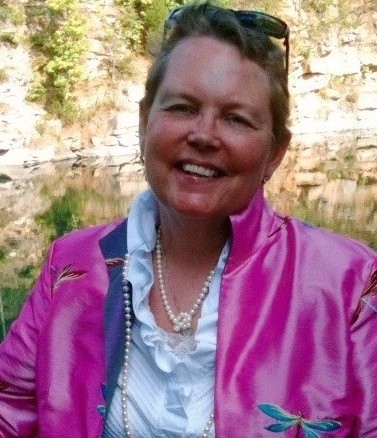 Barbara Nelson Mortimer, 66, of Lake Bluff, IL passed away in the presence of her loving family on August 7, 2017 at JourneyCare Hospice Center in Glenview, IL. She was born in Concord, NH on June 29, 1951 to Arthur and Edythe (Fredeen) Nelson. After graduating from Glenbrook South High School in Glenview, IL in 1969, Barbara attended Arizona State University and received her Bachelor of Education in 1973.

In 1974, Barbara married her high school sweetheart, Steven Mortimer, at Glenview Community Church in Glenview, IL and a reception followed at the Deerpath Inn of Lake Forest, IL. Steven and Barbara celebrated their 43rd wedding anniversary this past March. They have three children.

Upon college graduation, Barbara was a teacher at Cherokee Elementary School in Lake Forest, IL. She resigned from teaching to focus on raising her first child and expanding their family in 1979. In 1985, Steven and Barbara moved to Lake Bluff, IL and Barbara quickly became an active member of the community in many capacities. She volunteered on countless committees and boards such as the Lake Bluff Farmer’s Market Committee, Lake Bluff PTO, Lake Bluff Village Board and was a proud and active member of the congregation at the Union Church of Lake Bluff. Her greatest accomplishments were being a loyal friend, devoted wife and loving mother and grandmother.

Barbara leaves her husband Steven of Lake Forest; their daughter Katharine (Michael) Kreissl of Chicago; daughter Christine (Michael) Cwienkala of Chicago; and a son James Mortimer of Chicago as well as her adoring grandsons Maxwell and Bennett Kreissl. She is survived by her sister Lenore Nelson of Easton, MA, and her brother Daniel Nelson of Easton, MA. She is also survived by her niece Kari Valcourt of Columbus, OH and her nephew Matthew Zimmerman of Boulder, CO. She leaves Robert and Pauline Nelson (paternal aunt and uncle) of Northbrook, IL and Phyllis Hjerpe (maternal aunt) of Kensington, CT as well as several cousins.

A celebration of her life is scheduled for 11 am on Saturday, August 26, 2017 at the Union Church of Lake Bluff with Barbara’s dear friend, Pastor Mark Hindman, presiding.

In lieu of flowers, memorial gifts can be made in Barbara’s memory to the Union Church of Lake Bluff, 525 East Prospect Avenue Lake Bluff, Illinois 60044.