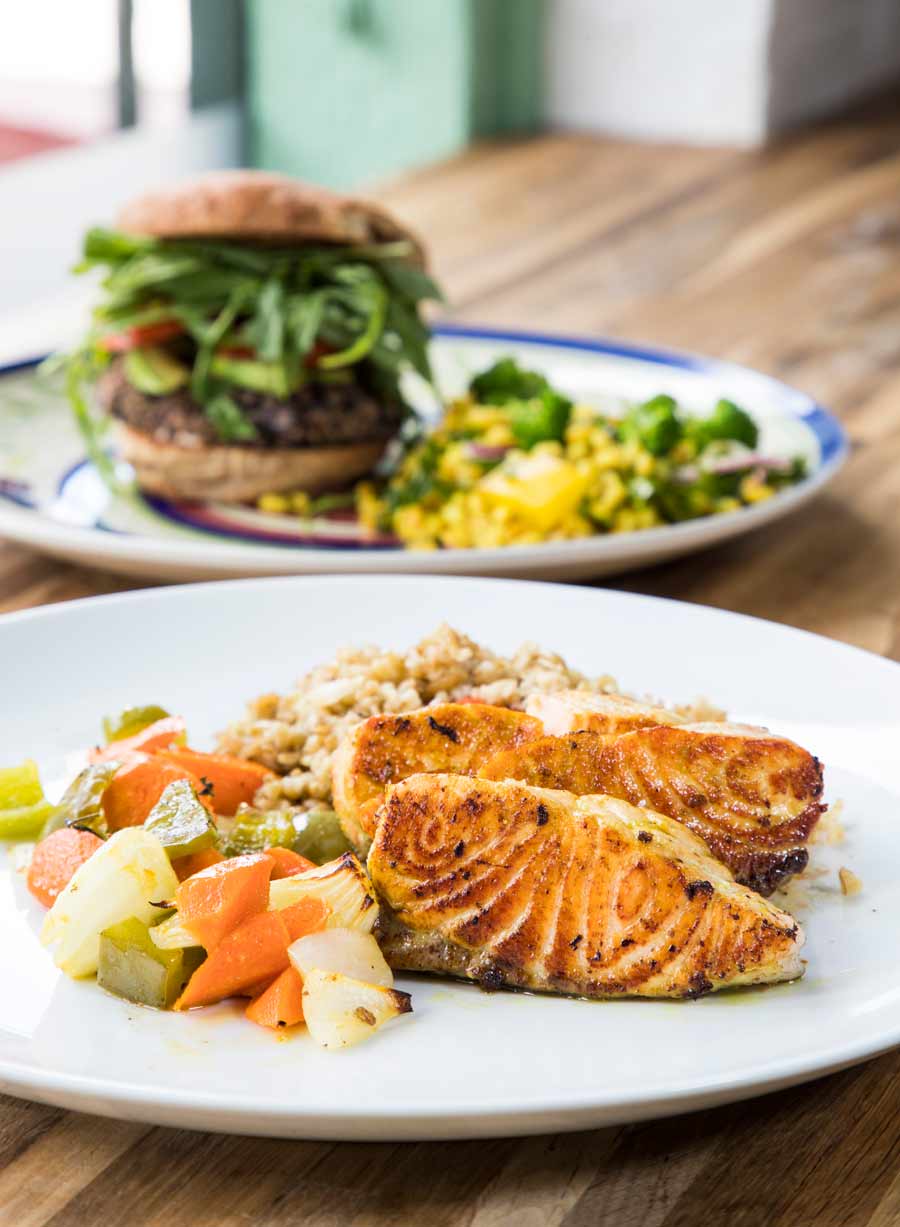 HIGHLAND PARK – Who says fast food can’t be healthy? Though there is no shortage of fast-casual restaurants in Highland Park, the new Onion Garden has created a niche by offering organic takeout, delivery and catering.

“We cook our food to order, which usually takes five to 10 minutes and if we’re really busy, 15,” said Tim Carden, chef/owner. “It’s really about the whole grains and vegetables, and by cooking the vegetables to order, the zucchini isn’t sitting and getting soggy.”

Carden said most people order food to go, but the small space and outdoor seating area is able to accommodate about 30 guests during busy lunch and Sunday brunch hours.

Onion Garden opened in March at 1788 Second Street on the lower level, next to Bluemercury on Central Avenue. The restaurant was originally part of the Corner Bakery space.

“The Corner Bakery did all of their catering down here, so when I came here there was a lot of pre-existing kitchen equipment, which was very helpful,” said Carden. 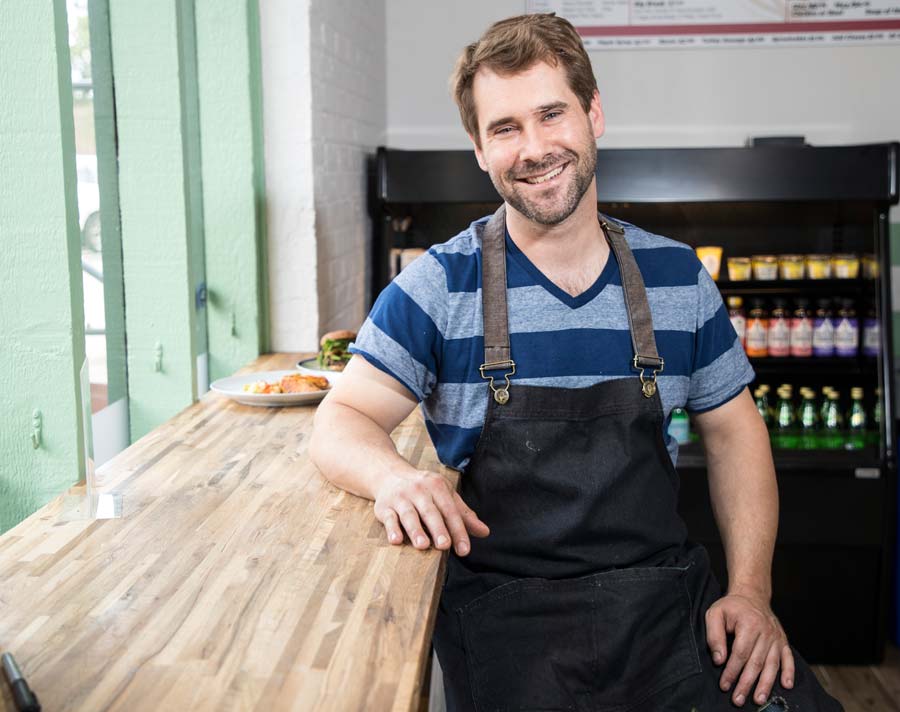 Carden became interested in health food after he started gaining weight while working in high-end restaurants and hotels in downtown Chicago about eight or nine years ago.

This led to Carden’s decision to work with people who had food sensitivities. He held a cooking class for a family with celiac disease (a hypersensitivity to gluten, which leads to difficulty in digesting food), where he taught them how to prepare pizzas and spring rolls. Carden has also worked with families who have spouses with cancer who follow a strict eating regimen.

Later, Carden began working on the North Shore as a private chef/caterer for three or four years and was looking to expand his operation in catering and meal delivery. “This Highland Park location works for the proximity of my clientele within a 15-minute radius,” he said.

Carden was thrilled when a couple who has been frequenting the Onion Garden for a few months was finally able to convince their son to try a black bean burger. “He enjoyed it and now he’s up to eating the healthy Wellness Plates with them. He never thought that healthy food would taste good,” Carden said.

Carden emphasized that the Onion Garden has fried potatoes, not French fries, and all vegetables are fresh. The potatoes are sliced in half and roasted in coconut oil and fresh herbs, so they’re crispy. 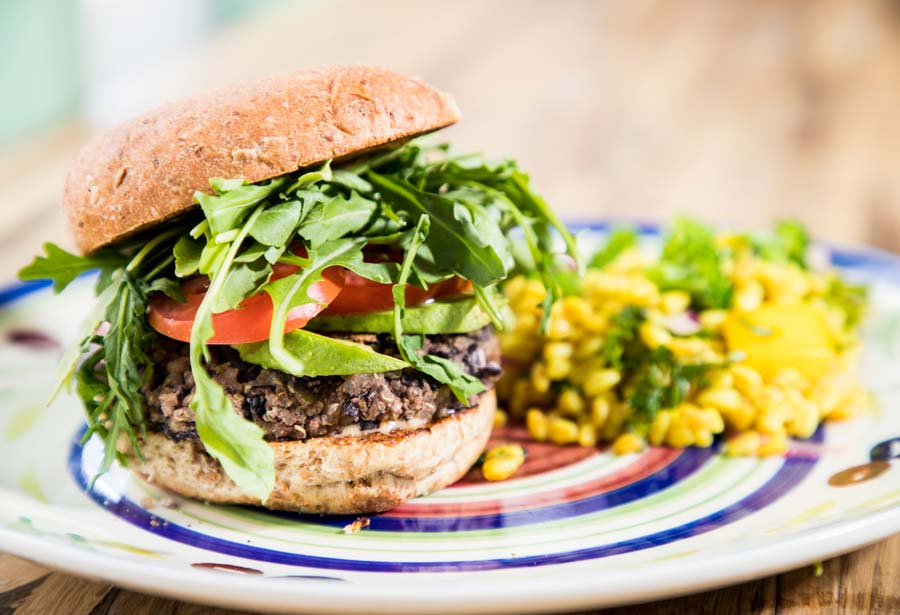 “In nutrition class, we learned that kids need to be introduced to a food almost 20 times before they’ll try it, so we give them corn and green beans and slice the potatoes into strips, so they look like French fries,” he said. The chicken fingers are gluten free and the grilled cheese sandwiches are made on sprouted wheat bread. All kids’ meals are served with corn, “fries,” applesauce or green beans and a beverage, he said.

Carden said the brunch menu isn’t quite as healthy, but it’s more creative and the portions are larger. One of Onion Garden’s specials is the Meat Eater that is made with about 2.5 ounces of filet mignon, a fried egg, arugula, red onion, and red chili.