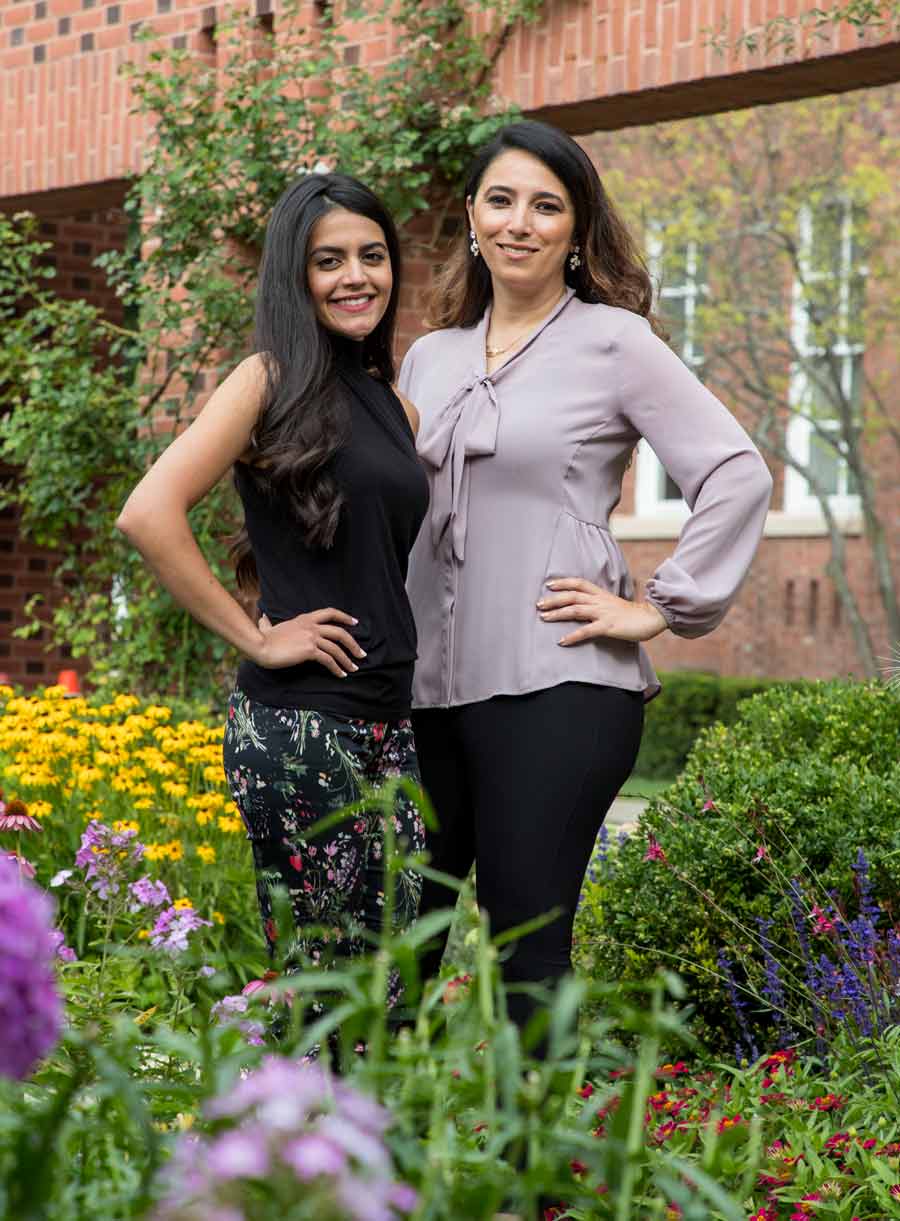 LAKE FOREST – Lina Attar devotes her life to planting hope in a part of the world where dreams of success are a scarce commodity.

Attar co-founded the Karam Foundation in 2007 to help people in need anywhere in the world, but she shifted the focus in 2011 to build hope among Syrian refugees when civil war there became what she describes as the “worst humanitarian crisis since World War II.”

A Lake Forest resident since 2008, Attar was born in Brooklyn. She spent her middle, high school and undergraduate college years in Aleppo, Syria, between 1986 and 1998 before returning to the United States to earn two master’s degrees.

“There are five million exiles worldwide,” said Attar, who is CEO of Karam Foundation. “Being a refugee does not have to define you,” she added, raising a specter of hope. “You have to get a sense of who you are so you can define the outcome of your life.”

The Aleppo Attar remembers from her school days, which ended there 19 years ago, is a vastly different place from the war-torn city it is today. It was her family’s home for generations. It is one of the world’s most continuously populated metropolises dating back approximately 5,000 years, according to a BBC report.

“I would walk through the old city with my father and he could say ‘this is where your grandfather or great-grandfather lived’,” said Attar. “It was really important because my family goes back for so long there. When the war started, this was all destroyed.”

Though she is an architect with a master’s degree from the Rhode Island School of Design and another in architectural history from the Massachusetts Institute of Technology, today Attar spends her time trying to help others achieve their potential as she has.

Aid Goes to Syrian Refugees in Jordan, Turkey and Lebanon

The foundation provides aid to Syrian Refugees in places like Turkey, Jordan and Lebanon, according to Roya Naderi, a Glenview resident and Karam’s communications director. Food and other aid are distributed.

Getting aid inside Syria creates safety concerns. Attar said they have established contacts on the ground who know which roads to take, but she said that had to stop in 2014.

“We have our networks and they know how to get relief in,” said Attar. “As of 2014 with ISIS it became too dangerous.”

There is also education to help refugees become productive residents of their guest countries. Naderi said this includes teaching languages like Turkish and English as well as skills to help people become more productive.

Approximately six miles from the Syrian border, Reyhanli is home to more than 100,000 Syrian refugees. Karam House offers after-school enrichment to 200 Syrians between 14 and 18 years of age, giving them enrichment beyond what they get during the school day.

Karam House is also Attar’s way of fighting terrorist groups like the Islamic State, also known as ISIS or ISIL, 200 teenagers—at a time. The group includes boys and girls. 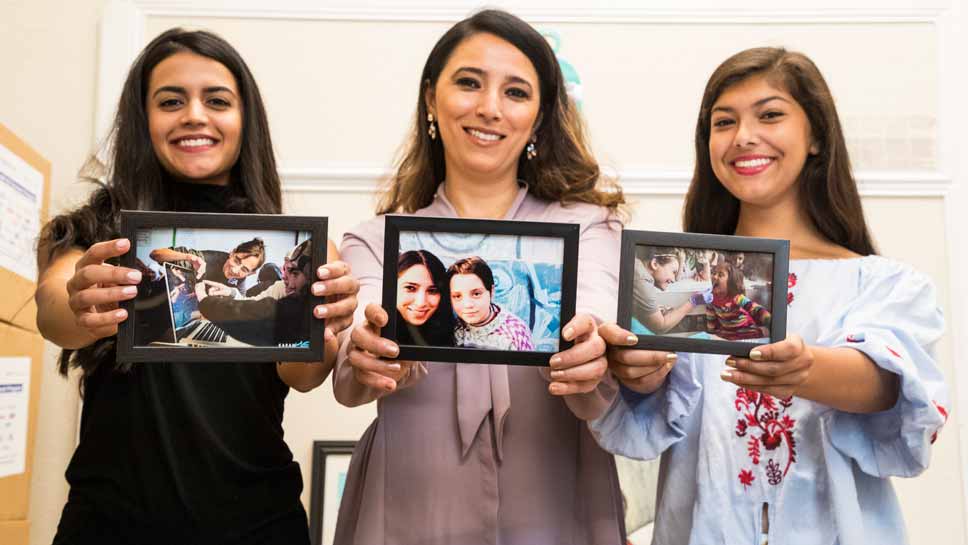 From left, Communications Director Roya Naderi, CEO Lina Attar and intern Maliha Yousuf at the Karam Foundation’s office in the Gorton Community Center of Lake Forest, with photos of some of the people they are working to help. PHOTOGRAPHY BY JOEL LERNER

Listening to Attar describe Karam House, it seems like the teens are stepping into an upscale school with makers space, 3D printers, laptop computers, tablets and other digital equipment. She stresses STEAM (science, technology, engineering, arts and math) education there.

Attar said she also knows what can happen to the youngsters if she is not successful steering them on a path to education and a productive life achieving their potential.

“If we do not reach them they (could) turn to extremism,” said Attar. “They could join armed groups and the girls could become young brides.”

Along with the STEAM courses, Naderi said, mentors volunteer their time to teach things like aviation, photography and entrepreneurship.

Not only is Attar touching teens in the Middle East, she is doing the same with Lake Forest High School sophomore Maliha Yousuf, who spent the summer working as an intern for the foundation. Yousuf feels it gives her a chance to make a difference in the world.