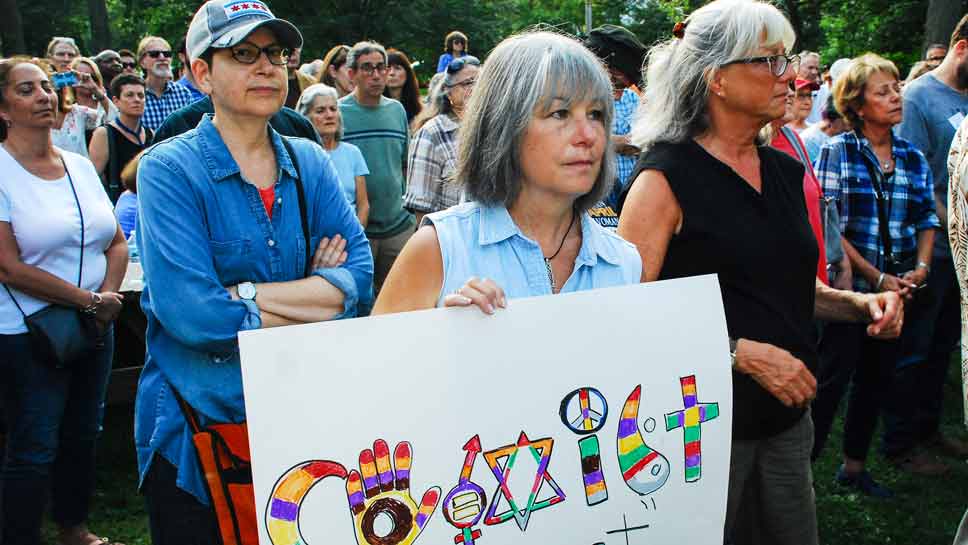 “My grandmother, her siblings and their parents were taken from the Hungarian border to Auschwitz in 1944. My grandmother was tattooed with a blue number and immediately put to work, while her parents were sent directly to the gas chambers. Thanks to incredible personal strength and a lot of luck, grandmother survived and was eventually able to have a happy life and a healthy loving family. Because of this family history, the Nazi salute like the ones we’ve seen in images from Charlottesville makes my blood run cold, reminding me that only a stroke of luck enabled my children to be alive today.” -Daniel Bliss

Highland Park resident Joan Zahnle organized the August 18 event, to denounce the rage at the Unite the Right Rally in Charlottesville, Virginia on August 12.

Mayor Nancy Rotering thanked Zahnle for organizing the event, as she looked out from the gazebo where people of all ages held signs saying: Hate Has No Home Here, Never Again, and Standing on the Side of Love.

Rotering served as the emcee at the rally. “We must as a city denounce, and condemn in the strongest terms, the voices and actions of hatred, anti-Semitism, bigotry and discrimination those we’ve heard and continue to hear: the KKK, white supremacists, and Nazis in Charlottesville and elsewhere across our nation,” said Rotering. “This is not who we are as Americans.”

Both a rabbi and a priest shared their perspectives: Shortly before Shabbat began, Rabbi Jordan Bendat-Appel, program director for the Institute for Jewish Spirituality, and a Deerfield resident, reflected on the peaceful effects of a day of rest and celebration.

“We have so many reasons to be angry and afraid, but there’s a radical practice of Shabbat that is accessible to any of us no matter what our backgrounds may be and that is about affirming that we are more than what’s broken or people who are responding to what’s broken, but we also have the possibility of being connected to a level of identity that is connected to blessing, love, joy and peace.”

Reverend Courtlyn Williams, Trinity Episcopal Church, said that as a white man he’s benefitted in employment, housing, education and can walk into a store without being followed by suspicious employees.

“I can walk away from racism, but people of color do not have that option,” said Williams. “I must get off the couch and work for justice for our children. Let’s stand together rejoicing in our differences hand-in-hand facing into a new tomorrow where justice and peace are foundational to our definition as the United States. Let’s go forth to be the candle flame of light and love which overcomes the darkness of hate.”

Bob Morgan, a Deerfield resident and member of the Anti-Defamation League, recalled when he was beaten and his sweatshirt was stolen in school. The next day there were swastikas all over the sweatshirt with the message, “This is the Jew’s sweatshirt.”

Morgan said the incident forced him “to choose whether I would hide my faith to avoid confrontation or stand up to the hatred and shout at the rooftops that I was proud of who I am, my religion, my faith and work within my community of people with differences so we could build bridges and coalitions. Together we were stronger than that hate. I chose that then and today I still chose community and hope,” he added.

The evening ended in song, as the audience joined in with Judith Golden, Stephanie Meis, and Rabbi-Cantor Nancy Landsman, spiritual leader of Congregation Ahavat Olam. 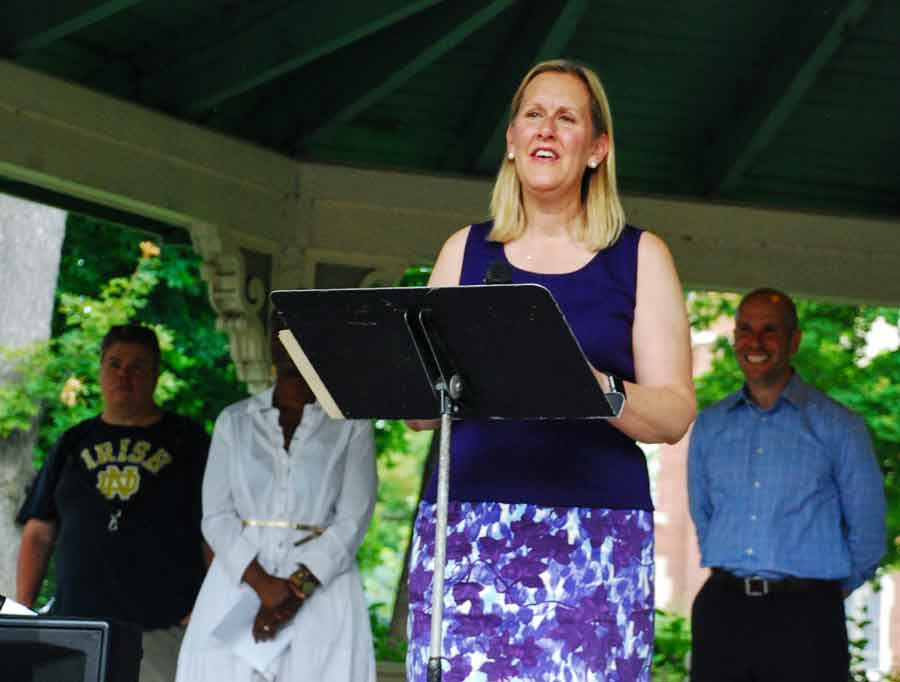 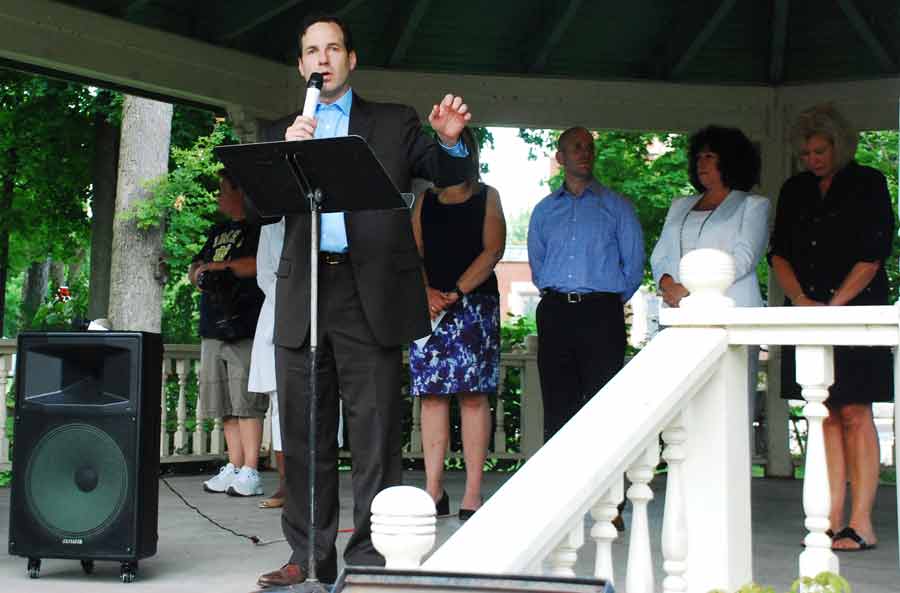