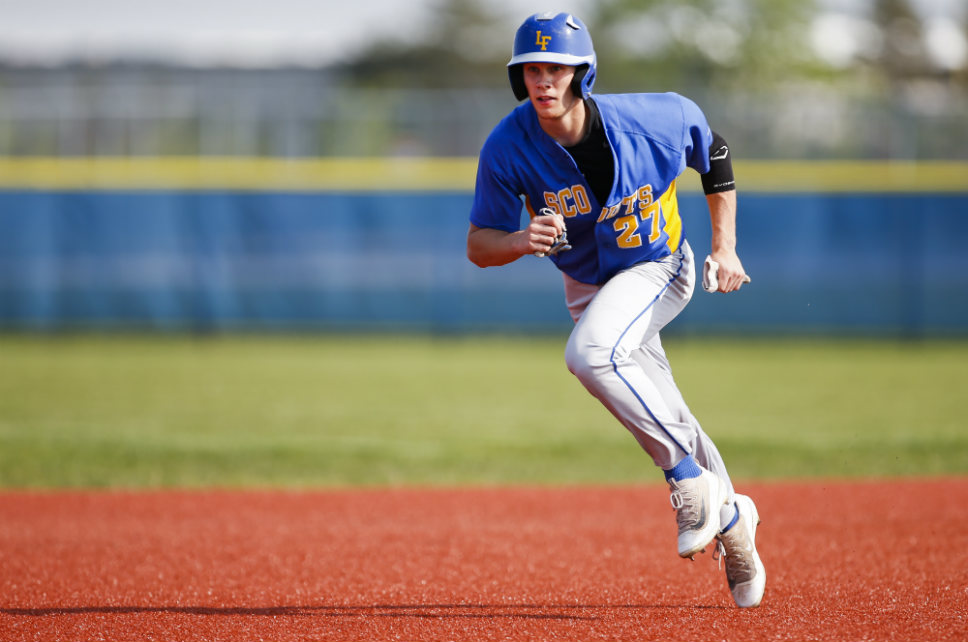 Brad Czerniejewski explodes along the base paths during his junior season with the Scouts. PHOTOGRAPHY BY JOEL LERNER

Brad Czerniejewski had every right to envision himself in a Texas Christian University baseball uniform, as the outfielder and recent Lake Forest High School graduate watched TCU battle in the College World Series on TV in June.

He was a TCU recruit, after all, a future Horned Frog, all set to play where Chicago Cubs pitcher and 2015 National League Cy Young Award winner Jake Arrieta played in his sophomore and junior seasons.

But Czerniejewski did not imagine such a purple-and-white sight.

“I was rooting for TCU, just like I would root for my favorite pro baseball team or my favorite football team,” Czerniejewski says.

Twice during the CWS in Omaha, Nebraska — TCU (50-18) would finish runner-up to the University of Florida — the 6-foot-2, 200-pound Czerniejewski had a very good reason not to make a snack run at home.

Coughlin made two CWS appearances and finished his rookie collegiate season with a 1-0 record, a 1.59 ERA and 22 strikeouts in 22 2/3 innings. Opponents batted .210 against him.

“It was really cool to watch Cal pitch in those games and against that kind of competition,” says Czerniejewski, ranked No. 236 by Perfect Game in the scouting service’s Class of 2017 Top 500 national rankings.

During the past four weeks, the former Scouts teammates took classes on campus and worked out together at TCU’s facilities in Fort Worth. Czerniejewski, a speedster with fantastic bat speed, plans to return to Lake Forest on Aug. 4 — and then return to TCU 10 days later for the official start of his freshman year.

“The only advice I gave him was, ‘Compete, be competitive,’ ” Coughlin says. “He’s doing that, and he’s working hard. His work ethic sticks out. I see it. I see him 100-percent focused, 100-percent energized. The lifting he’s doing in the summer is getting him ready for college baseball. Brad is a gamer, with all the tools, with plenty of fire and passion.

“And I love the way he runs; he runs like an angry running back runs.”

Czerniejewski — a perpetual head turner at showcases — ran a rapid 6.54 in the 60 (yards). Prep Baseball Report’s No. 1 outfielder in Illinois (and 25th overall player, Class of ’17) crushed a ball with an exit velocity of 106 mph.

“The sound of the ball off his bat, during batting practice, makes people stop what they’re doing in order to watch the rest of his batting practice,” LFHS baseball coach Ray Del Fava says. “The sound — it’s different, explosive. Brad has the skill set to play well at the college level. You know what? He’ll get even better in college because of the level of competition. Nothing will overwhelm him. He’s a kid who looks forward to challenges … wants challenges.”

Czerniejewski, a three-year varsity member, batted .333 for the Scouts (17-17) as a center fielder this past spring, pacing the team in home runs (3) and triples (3). He also finished with 27 runs and 23 RBIs. Among the many highlights of his junior season, in which he hit .423 for a 20-14 squad, was his 4-for-5 game at Barrington High School on a cool, rainy day. The big blows: a three-run homer and a pair of doubles at Kirby Smith Field.

“We won that game,” Czerniejewski says. “Winning has always been more important to me than any individual stat has. The best moment of my high school career, without a doubt, was winning a regional championship [in 2016]. That was unreal, awesome. Our program hadn’t won a regional in close to 10 years [since 2007]. I really like the team aspect of baseball. Always have. It’s unmatched — being able to compete with a group of guys, a group of brothers.”

A celebration with a chunk of the group in 2016 turned into a painful experience for Czerniejewski. Playing right field at the time, Czerniejewski had thrown out a Stevenson base runner at home plate to end the bottom of the sixth inning when he soared near Lake Forest’s dugout to complete a high five with a teammate. His return to Earth in Lincolnshire was a rough one.

Czerniejewski suffered a severely sprained ankle, shelving him for more than two weeks.

Not being able to play probably hurt Czerniejewski more than the injury did.

“That’s a moment I’ll remember for a while,” Del Fava says. “Tough one. But it showed Brad’s energy and his enthusiasm for the game. He’s one of those guys who simply loves baseball; that was obvious to his coaches, to his teammates, to anybody who watched him play. Brad put the work in and never stopped playing with passion.”

Adds Coughlin: “We weren’t happy about losing his bat and all of his other tools during those weeks. I loved the way he celebrated, though. Brad keeps the game fun, while never failing to play with fire and passion.”

It’s way to early for Czerniejewski (or for anybody else, really) to envision his role for the Horned Frogs in 2018.

But he’s fine with that.

“The dream of every baseball player is to get the opportunity to play Major League Baseball,” Czerniejewski says. “It would be a blessing if I ever got such an opportunity. Right now I am not thinking about that. I’m not even thinking about getting drafted.

“All I’m focusing on now is helping TCU win a College World Series.” 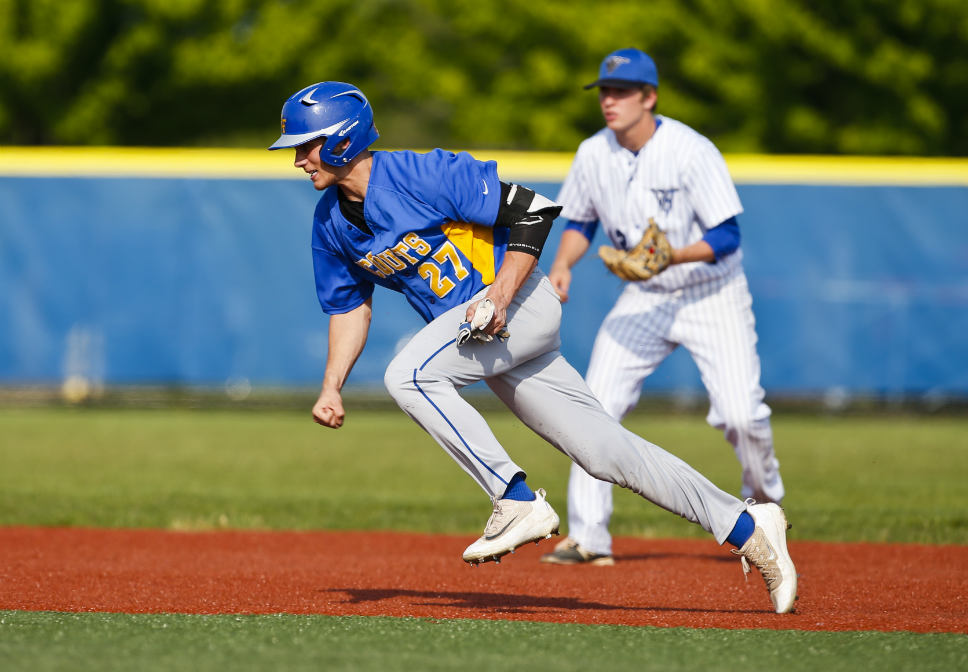