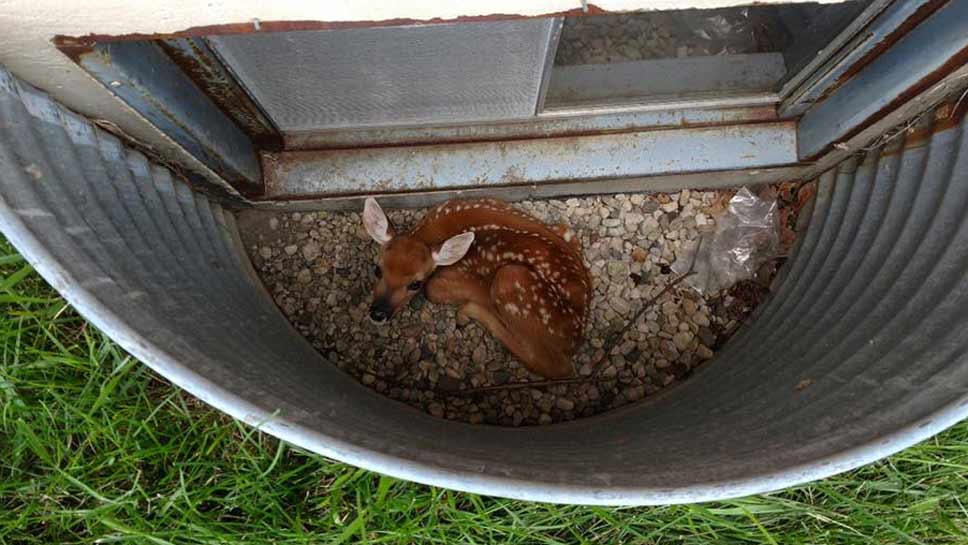 The fawn may have been in the well for a few days. PHOTOS COURTESY OF THE LAKE FOREST FIRE DEPARTMENT

LAKE FOREST – When the call came early in the evening on Tuesday, July 18, Lake Forest Fire Department Battalion Chief Cory Kazimour and his crew were not sure what to make of it. A deer had fallen into a window well, and the homeowner was asking for assistance in getting it out.

How big was the deer? And how big was the well? Would they have to break a basement window to free the deer – and then have to somehow get it up the stairs and out of the home?

When they arrived at the home, they learned that fortunately, the deer was very young and small. All that was needed to extract it from the well was a firefighter willing to reach down from the lawn and cradle it to the surface. That firefighter was Erik Kositzki. 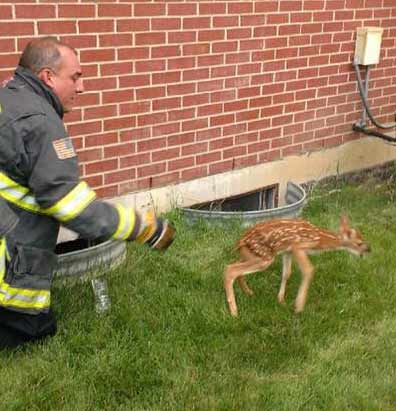 When Lake Forest Fire Department firefighter/paramedic Erik Kositzki placed the fawn on the lawn, he wasn’t sure if it would be able to walk. 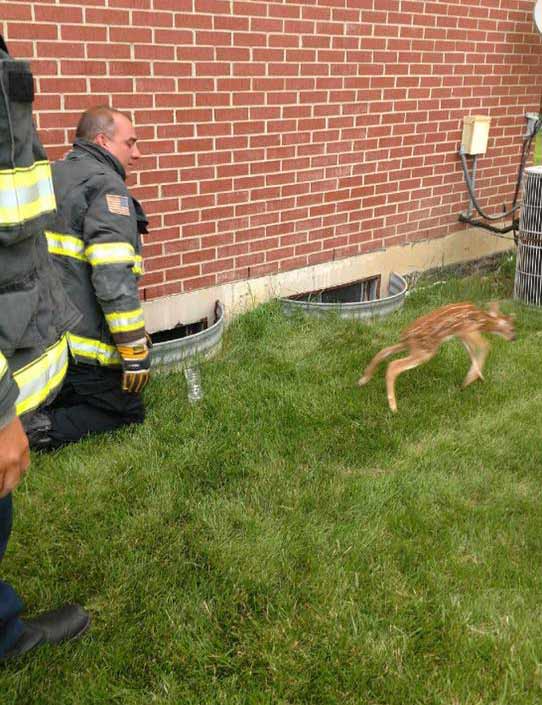 The fawn wobbled and was weak, but it was able to walk over to a shady area, where it sat down to rest. 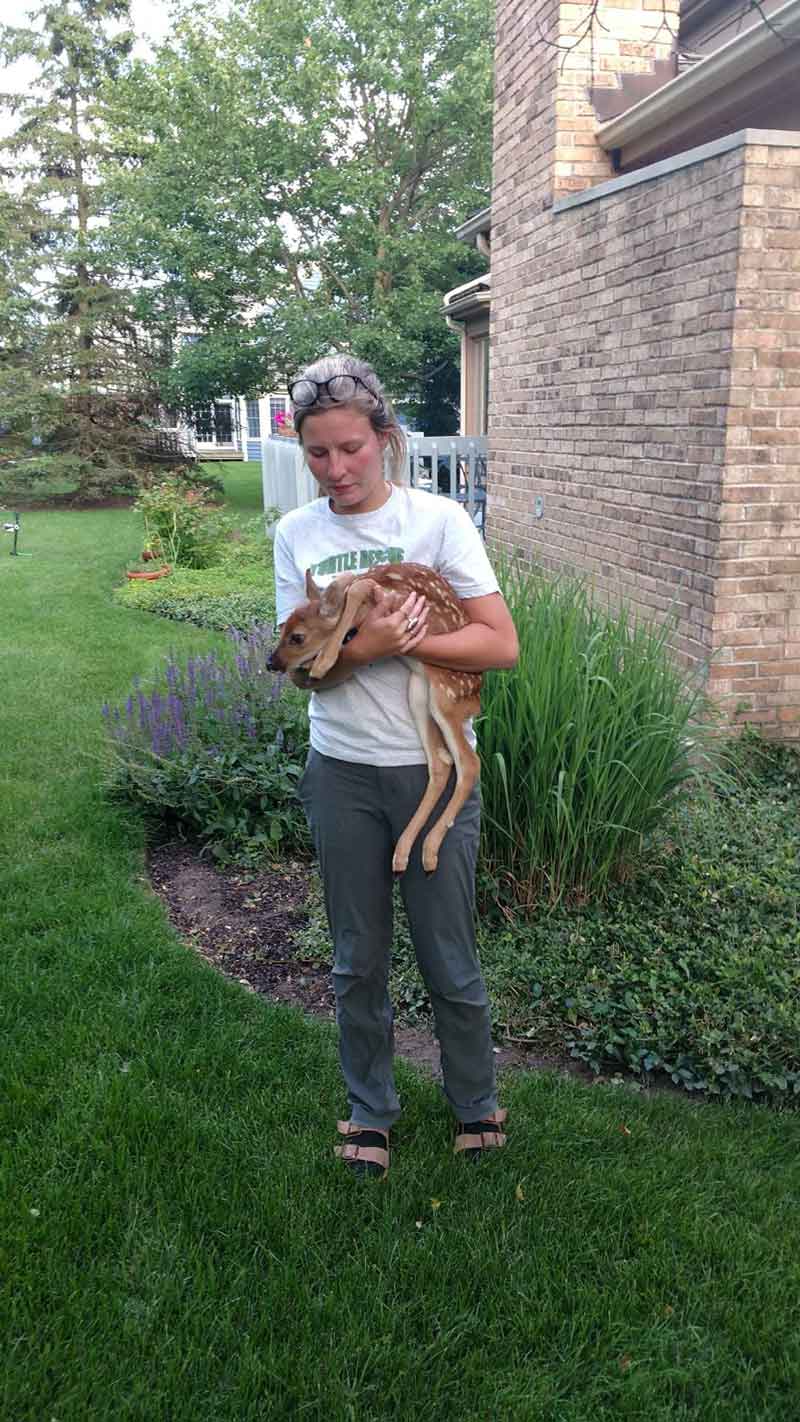 A volunteer from Lake Forest’s Wildlife Discovery Center came to the scene, wrapped the fawn in a blanket and drove it to the center in her VW Beetle.

“Koz reached down and just grabbed it,” Kazimour explained to DailyNorthShore the next day. “The fawn made an awful noise at first, but then just settled into his arms and was still.”

Once back on the land, now what to do?

Kositzki, a firefighter and paramedic, gently placed the fawn on the grass, and it wobbled unsteadily – possibly because it was so young and also because it may have been in the well for three or four days (the homeowners had heard a noise a few days prior to discovering the fallen fawn, but had not determined what it might have been until Tuesday, according to the battalion chief).

Fortunately, within five or 10 minutes a volunteer from Lake Forest’s Wildlife Discovery Center arrived on the scene. The firefighters thought they would have to wrangle the fawn in a second rescue attempt to hand it over.

“But the deer walked right up to Koz in the middle of the yard,” said Kazimour.. “And they wrapped it in a blanket, put it in her (the volunteer’s) Volkswagon Beetle, and took it to the Wildlife Center to give it goat’s milk and nurse it back to health.”