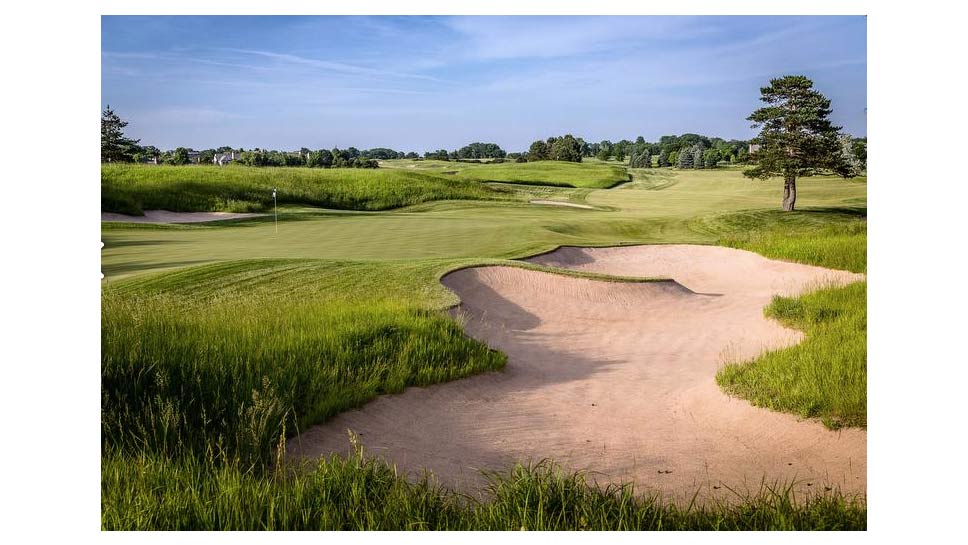 LAKE FOREST —  Positive notoriety and a bump for local business are two of the benefits Lake Forest will receive when the 2017 BMW Championship golf tournament comes to Conway Farms Golf Club September 12-17.

This is the third time in the past six years the annual PGA tournament has been played at Conway Farms, bringing the 70 highest ranked professionals and crowds of more than 45,000 people to town each day of the event, said Lake Forest Mayor Rob Lansing.

“People from Asia, Europe and all over the United States will see overhead views of Lake Forest on television,” said Lansing. “It’s a unique opportunity to show off Lake Forest and the North Shore to the world and really tout ourselves.”

The tournament also brings visitors from around the globe to Lake Forest. City Manager Robert Kiely Jr. said it is the kind of publicity any municipality would want.

“Bringing the 70 best golfers in the world brings notoriety and attention to the Lake Forest area,” said Kiely. “In each of the years it’s been here it’s been economically important for the community.”

While Kiely said there is no precise measurement of the increase in business, he knows businesses like Starbucks near the west Lake Forest train station had a noticeable increase in daily customers.

Joanna Rolek, executive director of the Lake Forest Lake Bluff Chamber of Commerce, said though many of the 45,000 daily visitors do not necessarily shop with local merchants, there is a noticeable benefit. She said it is heaviest downtown where people come to town and take shuttle busses to the course.

In the past, Rolek said people coming to the tournament were given incentives to return to Lake Forest and Lake Bluff to shop.

One enterprise that sees an increase in business is the Deer Path Inn. Though General Manager Matt Barba said with 57 sleeping rooms in the hotel, most visitors will have to stay in the surrounding area. The hotel is usually filled during the week with business guests, but the rates are higher for non-corporate customers.

Barba said there is also an increase in visits to the Inn’s restaurant, bar and catering business. He too likes what the tournament does for Lake Forest.

“The (additional) catering events are good for food and beverage,” said Barba. “You notice the buzz all over town when people think they may see one of the best golfers in the world,” he added referring to the non-economic pluses.

The tournament and its purpose of raising money for the Evans Scholars Foundation is a natural fit for Lake Forest and its emphasis on philanthropy, according to Kiely. The scholarship provides full tuition, room and board to hundreds of college students each year. Both Alderman Tim Newman and former Alderman Roger Moore are Evans scholars.

“Philanthropy is one of our cornerstones,” said Kiely. “It’s very important the money from the tournament goes to the Western Golf Association and Evans Scholars.”

Newman, who remains active in the WGA and the Evans Scholarship program, said the tournament is the organization’s largest fundraising event of the year. He said there are currently 800 men and women in college today as Evans scholars and they are trying to increase the number to 1,000 by getting more exposure in the East.

“There are a lot of caddies at the clubs in suburban New York, suburban New Jersey, Maryland and Pennsylvania,” said Newman. “We want them to become more aware of the WGA and its history with Evans Scholars.”

Lansing, who has been a member at Conway Farms since it opened in 1991, said much of credit for landing the tournament goes to the club’s support of amateur golf through the years. One of those amateurs was Luke Donald who was introduced to the course when it was home to the Northwestern University golf team and he played there as a Wildcat.

“It was through his energy the professional tour and this PGA event came to the Chicago area and Lake Forest,” Lansing said. “When he graduated (from Northwestern) he called us and said he wanted to become a paying member at Conway Farms.”