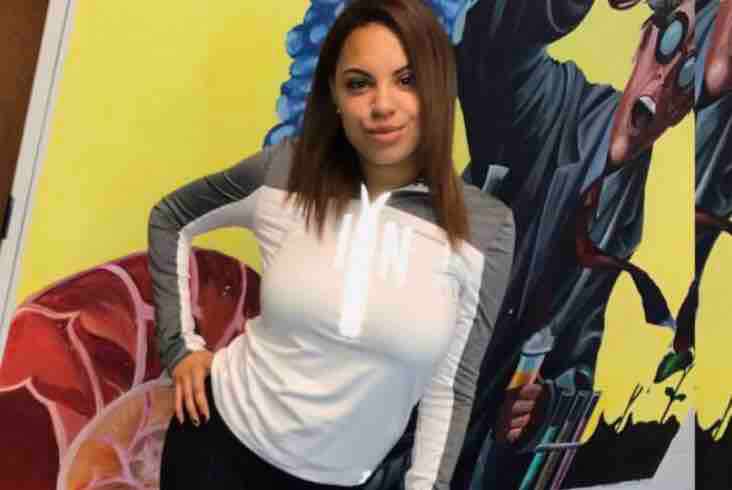 Angie Morris, in a photo from a gofundme account set up to raise money for her memorial service.

GLENVIEW – Dozens of people attended a vigil Sunday night in Glenview to remember the life of Angelique “Angie” Morris, a Glenbrook South High School rising senior who was killed in an apparent homicide early Saturday morning, July 8, according to media reports.

Morris was shot in the head around 1 a.m. in an apartment building on the 9900 block of Linda Lane in unincorporated Cook County near Des Plaines, about a mile from where she lived. She was taken to Advocate Lutheran General Hospital in Park Ridge and was pronounced dead around 4 a.m. The Cook County Medical Examiner’s Office performed an autopsy and ruled her death a homicide, the Daily Herald reported.

Morris was on track to graduate from GBS in January, a semester ahead of her classmates. According to the Chicago Tribune, she resided on the 10400 block of Michael Todd Terrace in unincorporated Cook County near Glenview.

A gofundme account that was set up for the teenager on July 8, apparently by her sister, describes the shooting as accidental. But on Sunday night, July 9, ABC-7 TV news quoted Morris’s sister, Kattlin Humphrey, saying the family does not know if the shooting was “an accident or on purpose, but we need answers.” The station also reported that Morris was in a basement apartment with a friend when she was shot.

The fundraising account says Morris planned to become a special education teacher, and it describes her as “a loving caring out going queen who didn’t deserve to go through.” The fund aims to raise money for Morris’s memorial service.