Taking a reprieve from the grocery stores and heading to the farmers market for fresh, local options is one of my favorite things about summer. Perusing tables of seasonal produce and talking to the farmer who grew the bounty directly makes the market an experience, rather than just another errand.

With that in mind, I headed to the Wilmette French Market on July 1 to see if I could put together an entire meal from farmers market fare. It was immediately clear by the overwhelming abundance of fresh produce, that I could probably make meals for the week without stepping foot into a grocery store.

Boxes overflowing with fresh blueberries and raspberries were the first thing that caught my eye, so I decided to work backward and begin with desert.

Kevin Klug of Klug Orchards grows high bush blueberries on his 80-acre farm in Berrien Center, Michigan and had boxes of plump Duke blueberries for sale. Apparently, Duke blueberries are known to be sweet and tart — they are good plain, on yogurt or cereal, but would also work well in a blueberry pie, according to Klug. Blueberry pie was a staple of my childhood in New England and so I knew pie would be the perfect end to our farmers market meal. 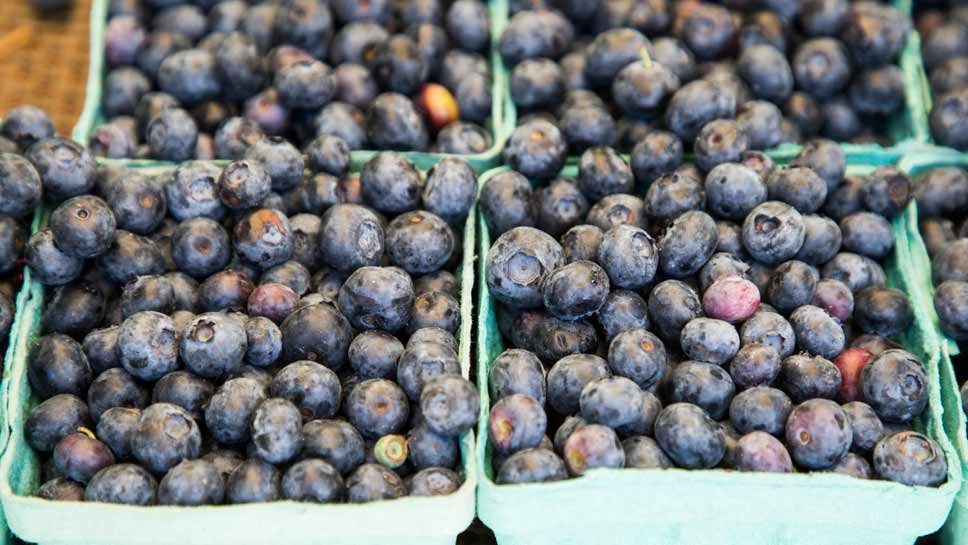 Duke Blueberries from Klug Market at the French Market in Wilmette on July 1 were baked into a tasty pie. PHOTOGRAPHY BY JOEL LERNER/JWC MEDIA

With dessert under my belt, I headed to Jake’s Country Meats, which sells lake fish, as well as pastured raised chicken and pork. The fish is caught by members of the Chippewa Nation in the Great Lakes and then pin boned, filleted and flash frozen, according to Jake’s owner Lou Ann Robinson. A fascinating backstory, but Robinson’s family has been raising pigs for over six generations on a farm in southwest Michigan, so I opted instead for the heritage breed pork chops. Robinson also sells Michigan maple syrup from Dodd’s Sugar Shack; a perfect glaze for grilled pork chops. 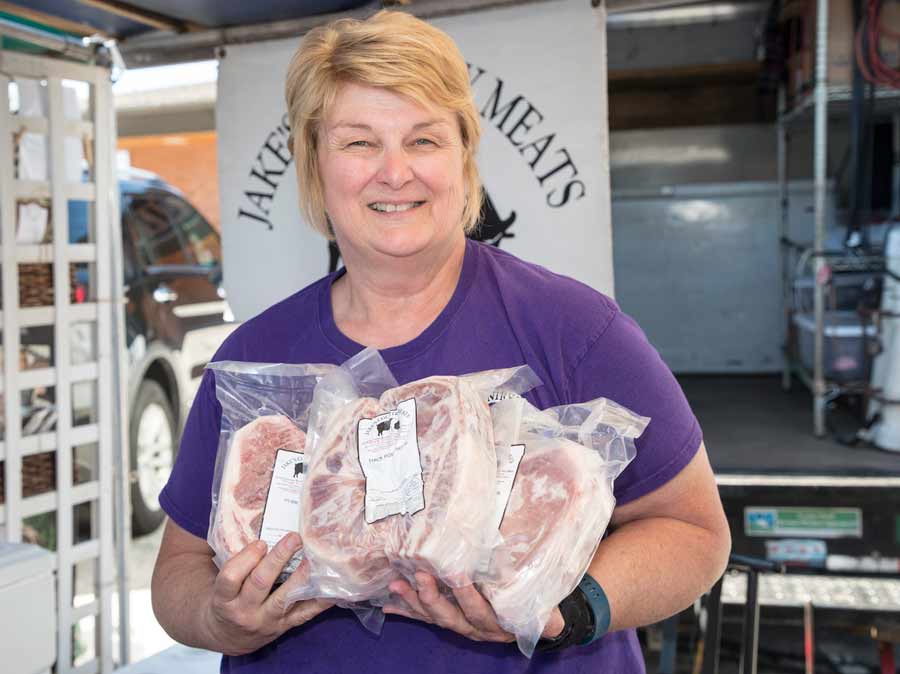 While I’d eaten some delicious asparagus from the French Market just the other week, it turns out asparagus is on its way out already. But zucchini is clearly in season, with almost every table offering bumper crops and so I decided to grill some zucchini alongside the maple-glazed pork chops.

I love to try new produce whenever I can and the sweet candy onions at Froehlich’s farm stand caught my eye. As the name suggests, sweet candy onions are sweet and tasty and can be eaten raw or cooked, according to Karen Froehlich. Panfried sweet onions over roasted red potatoes from South Maple Grove Farm would be the perfect compliment to the maple-glazed pork chops, and also finish out the meal nicely.

The French Market is located in the Metra parking lot in downtown Wilmette, open Saturdays late April through early November, 8 a.m. to 1 p.m. 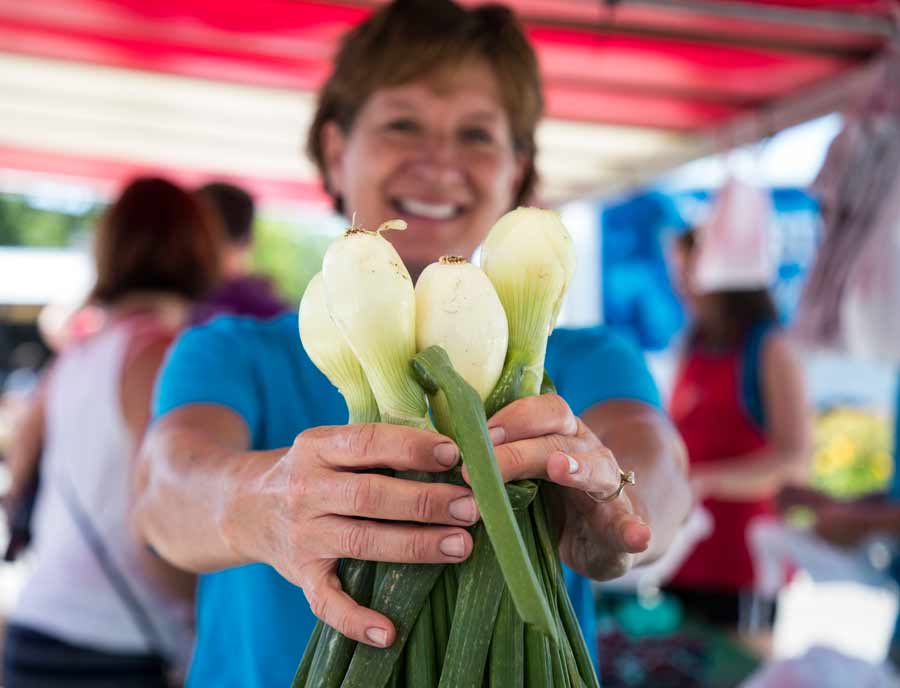 Karen Froehlich of Froelich’s Fruit and vegetables with some sweet onions at the French Market in Wilmette on July 1. 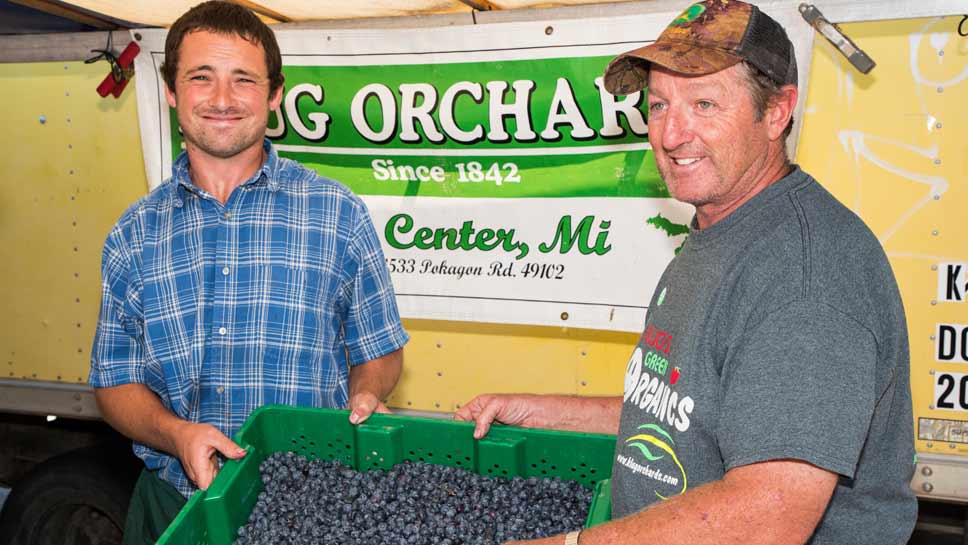 Klug Orchard’s Kevin and Dan Klug with fan favorite Duke blueberries at the French Market in Wilmette on July 1. 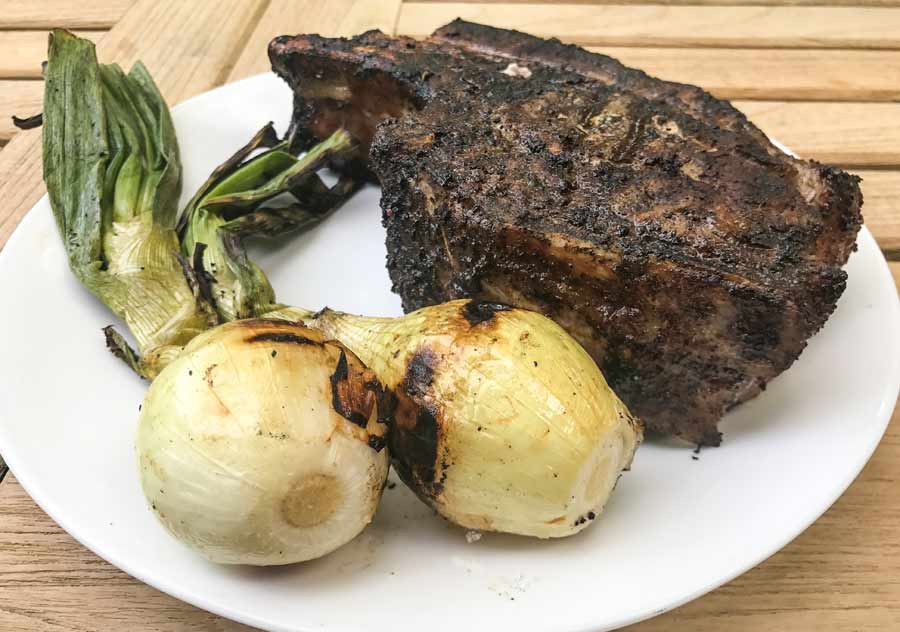 DailyNorthShore sent reporters to local farmers markets with an interesting assignment: In one visit, can you purchase enough for a complete, totally local, summertime feast? The above story is DailyNorthShore reporter Emily Spectre’s account of her experience at the Wilmette French Market.