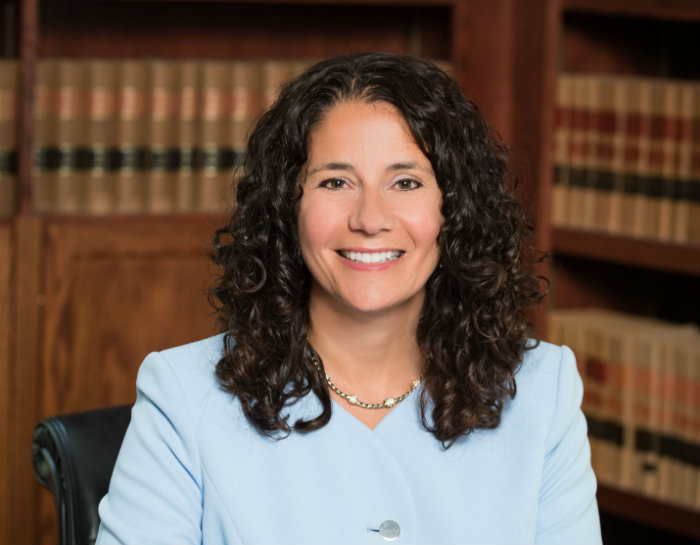 HIGHLAND PARK – Although City Manager Ghida Neukirch doesn’t sleep in Highland Park she spends many waking hours there, and she even dons her kids in Giants apparel. This is confusing to their Arlington Heights friends who often ask, “Who are the Highland Park Giants?”

“People think that because I don’t live here that means I don’t care about the community,” said Neukirch. “I relate more to Highland Park than where I live. I am very much invested in this community and I put my heart and soul into this position, because it’s more than just a job for me.”

Neukirch’s many accomplishments as city manager were recently honored when she became the recipient of the Outstanding Manager Award from the Illinois Association of Municipal Management Assistants.

“I love this profession and feel incredibly blessed to work in Highland Park,” she said.

Neukirch learned how to adapt to a new culture at an early age. Her family emigrated to the United States from Beirut during the Lebanon civil war when she was five and her sister was eight. She said her family “came here with nothing,” and lived with her dad’s sister in Mount Prospect until her parents were established. Neukirch never attended kindergarten and learned English from kids in the neighborhood.

Neukirch spoke with DailyNorthShore about the early days, as well as the projects that she’s most passionate about throughout her 24 years of local government experience:

DNS: How did you become involved in city government?

Neukirch: I worked at the Village of Buffalo Grove for 13 years, and left as the deputy village manager. Prior to that, I started working at the Village of Niles in graduate school. I did a short internship at Village of Mount Prospect as an undergrad, which exposed me to local government management, and I knew as a senior in college that this was something I wanted to do. As an undergrad and in high school, I worked for attorneys and I always thought I’d become an attorney, but I changed my mind.

DNS: Why did you decide not to pursue a law career?

Neukirch: I love the law field and have learned so much by working with exceptional attorneys, but it’s such a rewarding opportunity to work for a municipality and work with residents and businesses to make a positive impact on the lives of individuals.

DNS: When did you start working in Highland Park?

DNS: What has been the most challenging aspect of being a city manager?

Neukirch: The most challenging aspect is having to make difficult personnel decisions, knowing it’s the right decision for the organization, because you’re impacting the lives of people.

I’ve lived in communities where I’ve worked, and my level of commitment does not differ based on where my residence is. It’s important for the public to know that I’m providing my professional, fair recommendation to every aspect of what I do for the City Council as they make policy decisions.

Neukirch: Councilman Alyssa Knobel and I had an opportunity to shadow professionals in the communities where we each grew up, so we created the Career Exploration Program for our community that enables students to shadow and meet professionals in their area of interest or study. For example, if someone is interested in biology then we might match people who have an undergraduate degree in biology.

The city partnered with HPHS and the Chamber of Commerce on this initiative and it’s been extremely well received. There are over 50 participating professionals in the community who meet with these impressive HPHS juniors and seniors.

DNS: What do you consider your greatest accomplishment as city manager?

Neukirch: I think there is a benefit to our community when we collaborate and work with other units of government. For example, the intergovernmental agreement that we approved with Highwood to provide Fire and EMS service has really been a win-win for both communities. I give credit to the fire departments and elected officials in both communities. Highwood also had to pass a referendum. This was really an exciting project, because it provided a lot of value and the community supported it.

DNS: What is one of your most frequently asked questions?

Neukirch: The retail climate is changing and we are being very proactive in working with our property owners and our businesses to reduce our Pedestrian Oriented Shopping Overlay District (POSO), and the Central Business District to stimulate economic development. We’ve decreased our zoning consideration in the business district, and the city is proactive in a number of initiatives. But residents still frequently ask how we can stimulate economic development in our community.

I tell my employees if the same question is repeated by several residents, then we really need to do a better job of communicating that issue, because if five people ask a question, there are probably 50 people who have that question. We have a very comprehensive communication plan to ensure that the public is aware of our programs and services and to invite public feedback. 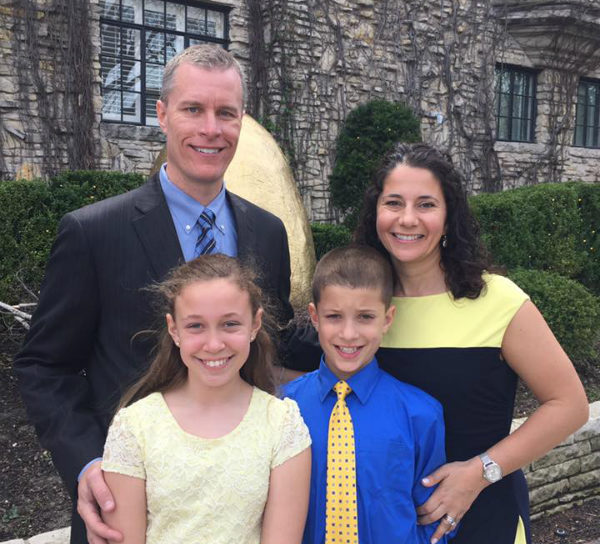