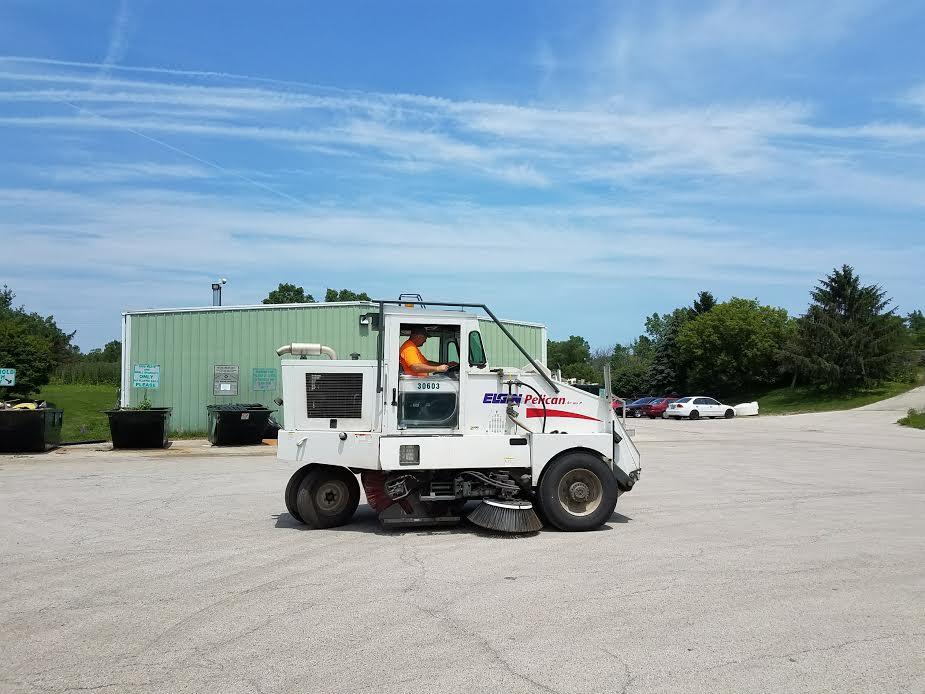 Following the garbage scooter in the clean up parade is Lake Bluff’s street sweeper. Photo courtesy of Jake Terlap.

LAKE BLUFF — Cleaning up after a civic party for 23,000 people can be a challenge, but with more than a century of experience Lake Bluff knows how to restore the village in just a few hours after its annual 4th of July parade.

The village’s public works crew started before the parade, kept at it during the event, and was able to get the streets and downtown area clean in just over two hours on July 4.

In all, it took eight people working a combined 54 hours to get the job done, according to Jake Terlap, the village’s superintendent of public works. He said some started working at 5 a.m. and others joined the effort later. Everything was done by 1:30 p.m. The parade began at 10 a.m.

It helps that the eight-person crew has done this before. Terlap said the group has a combined 75 years of experience with Lake Bluff. He and two other department employees have worked for the village for 20 years. Two other full-time workers have worked a combined 11 years, while three part-time summer helpers have four years between them.

“Jake (Terlap) and his team have been doing this for a long time,” said Village Administrator Drew Irvin.

Terlap said the experience of the crew makes the job much easier than it would otherwise be.

“All those years of experience help us get it done a little quicker,” said Terlap. “A lot of the same guys have been doing it for a long time.”

Starting at 5 a.m., Terlap said, the five full-time employees first get the village ready so everything is in place when people start arriving for the parade. He said the early start is necessary for several reasons.

“With all the people coming we’d better start that early if we want to get into town or we can’t get into town,” said Terlap. “It’s a busy day.

Before the parade gets started, Terlap said, he and the rest of the crew get the route ready with barricades in the appropriate places and additional garbage cans. The cleanup actually starts when the parade begins.

“There’s a lot of activity,” said Terlap. “We start clearing the garbage cans to make the job easier at the end. It’s a dirty job. Once they tip the can there can be syrup, orange juice and coffee.”

As soon as the parade ends, the crew goes into high gear with a parade of their own.

“As soon as we hear the fire trucks (which usually wrap up the parade) we know what we have to do,” said Terlap.

Terlap said two people operate the village’s garbage scooter, dumping trash from the cans into it. It eventually goes to a dumpster behind the Lake Bluff Fire Station. Following the scooter, a crew member operates the village’s street sweeper. None of that takes care of the scattered litter directly.

“We use leaf blowers,” said Terlap. We blow it into the street and the street sweeper picks it up. It’s kind of a mess for everybody. In about two hours we’re done.”

The village was not the only organization involved with the cleanup. The Lake Bluff Park District got the beach and its surrounding area recovered after a concert and party there in the evening, according to park district Executive Director Ron Salski.

“All of our employees know we have to be good stewards and clean up,” said Salski. “They pick up everything on the street (around the beach), the table land, the stairs and the beach. Everybody helps—the department heads, the supervisors, everyone—to keep the town clean.” 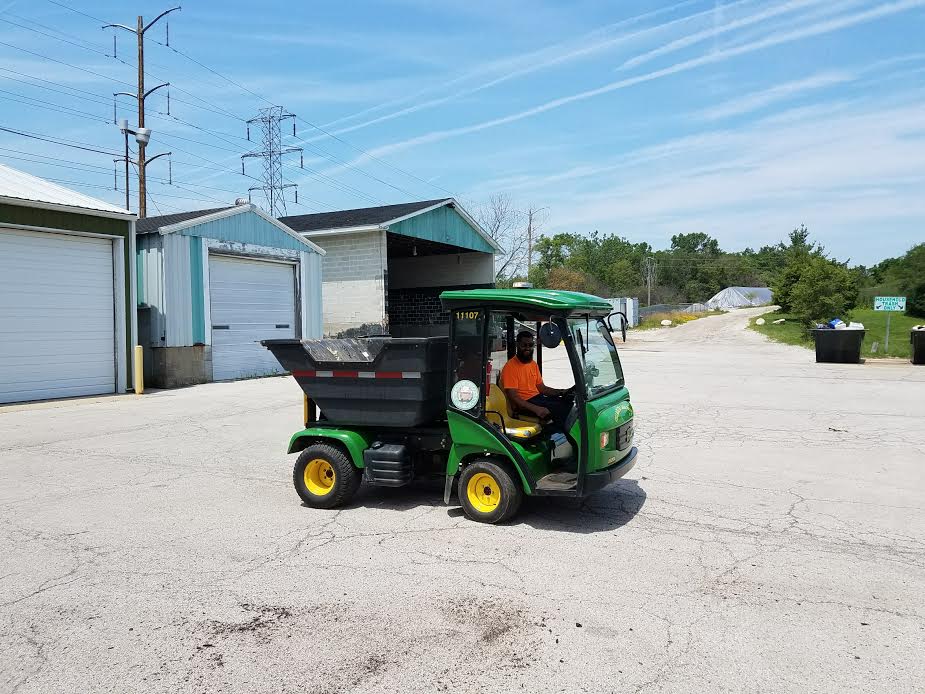 Once the Lake Bluff Fourth of July Parade is over, the village’s garbage scooter starts picking up the trash. Photo courtesy of Jake Terlap. 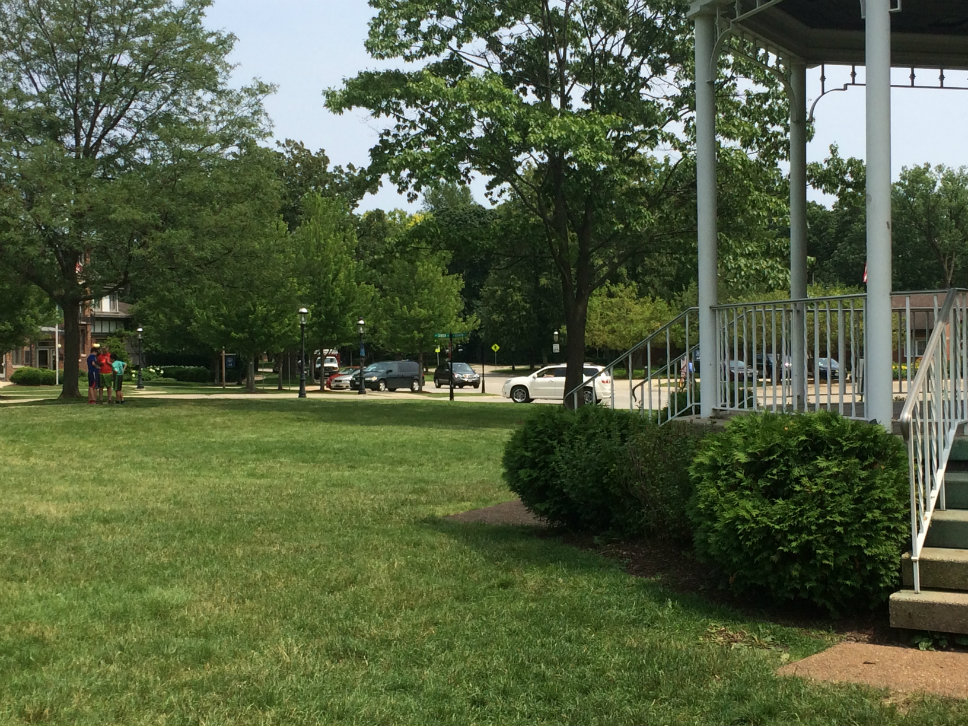 This photo of a tidy downtown Lake Bluff was taken a day after 23,000 people packed the village for its annual 4th of July Parade.