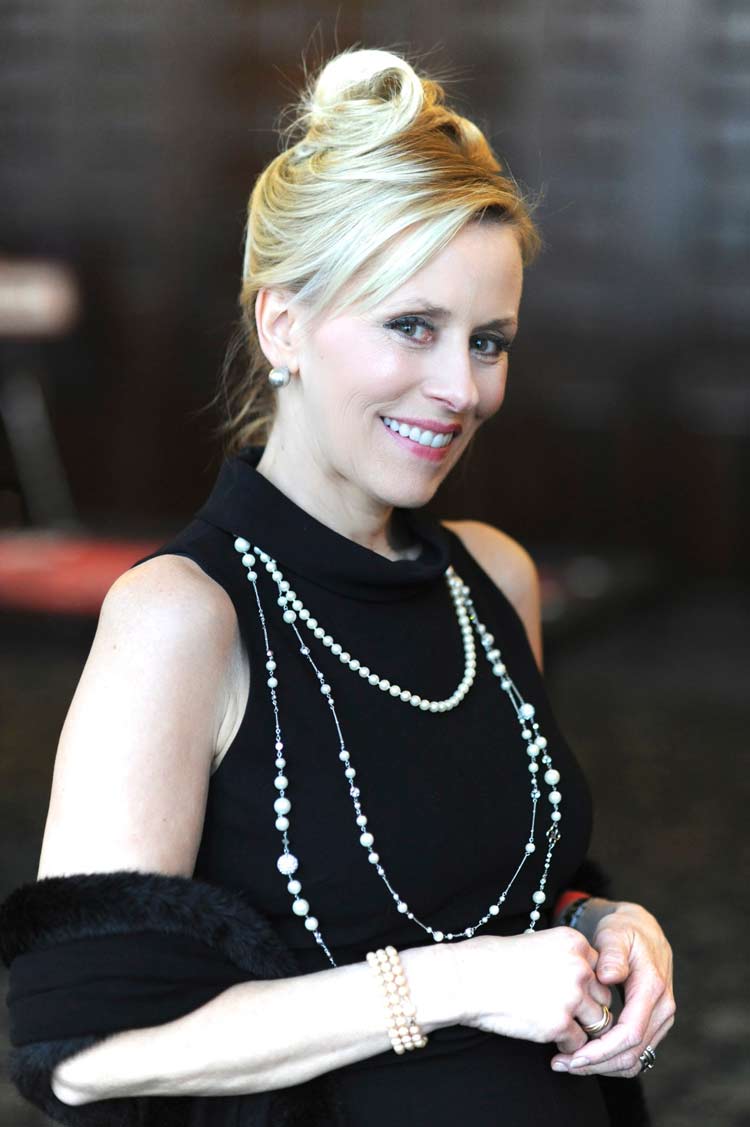 While self-publishing can be both challenging and expensive, Beth Aldrich, Winnetka resident and author of the recently released self-published thriller Pink Slips, encourages those interested in writing to take the plunge.

“Write, write, write, write — write all you can,” Aldrich told DailyNorthShore. “Network and ask questions too. Some people won’t share their sources but I have never been that way.”

That’s the advice Aldrich followed when she decided to write Pink Slips. The book is a thriller set in a fictitious town on the North Shore, about Betsy Ryan, who is pregnant with her third child and receives threatening notes from an anonymous stranger. Aldrich took classes online, read books on writing and turned to others for advice, such as Glencoe author Dina Silver.

Aldrich said she regularly refers people to her agent, who helped her published her first book, Real Moms Love to Eat, with Penguin in 2012.

Aldrich turned to writing after suffering a serious car accident, while producing and hosting the PBS-TV series For Her Information. The car accident forced her to end the series, but it lead her to study holistic nutrition and eventually write her first book, sharing all she had learned.

While Aldrich thought she was done with writing, she was inspired to write Pink Slips after friends and neighbors kept encouraging her to write another book. DailyNorthShore spoke to Aldrich about what it is like to be a writer and to self-publish a novel.

DNS: You were the host of a PBS television series before you started writing. How did you make that career change?

BA: I was working on the television series when I got into a serious accident. I was working on the Cool Globes project in Chicago and was getting ready for an interview when the accident happened. I had to end the series but decided to go back to school and received a Certification of Health Counseling from Columbia University and the Institute for Integrative Nutrition. While I was working with clients on healthy living programs I decided to write a book sharing everything I had learned. A friend of mine who is a New York Times best-selling author helped me edit the book and it was published in 2012 by Penguin.

DNS: What inspired you to write Pink Slips?

DNS: How did you come up with the story line of a woman being harassed by an anonymous stranger?

BA: When I read a writing prompt in Jerry Cleaver’s book Immediate Fiction, I immediately remembered a time when my son was a baby and I was home alone and received a scary, anonymous call. The call was from a stranger who said very personal things about me. I locked every door and window in the house and turned on all of the lights. Nothing ever happened, but it just stuck with me. Later, I decided to write a book about anonymous notes.

DNS:  Is the main character, Betsy Ryan, similar to you?

BA: It is based on my life in many ways except for the violence. I am a protective, detail-oriented person who watches out for safety. I based the book a little bit off myself — I would say Betsy Ryan is maybe 10 to 15 percent like me. Whenever people called me or I would notice things in my life while I was writing the book, I would incorporate that into the story. For instance, the dog in the story is named after my mother’s old dog. I think writers working on their early fiction find ways to relate the story to their own life. You write what you know.

DNS: Betsy Ryan has a special relationship with her dog. What inspired you to put that in the story?

BA: How she relates to her dog is based on my own Tibetan terriers. She talks to her dog all day. I talk to my dogs all day and they are my best friends. I tell people I need more friends – just joking!

DNS: Is there anything specific to the North Shore in the book that residents here would recognize?

BA:  I started out getting very specific and then changed it to a fictitious town. The story has the feel of the North Shore, and its neighborhoods. I didn’t want to alienate anyone or hurt anyone’s feelings by keeping it too specific.

DNS: Why did you take the self-publishing route and what were the challenges?

BA: I decided to self-publish because my agent only does non-fiction books. To get an agent is very time consuming. I spent a long time pitching to agents but everyone had different feedback. I made some changes but wanted to the keep the story true to itself. Instead, I decided to hire professional editors and someone to design the book cover and layout.

It has been challenging but refreshing and exciting. Anybody who knows me knows I love a challenge. I visualize what I can do and then make it happen.

For more information about Aldrich or to find links to purchase her book, go to www.bethaldrich.com.