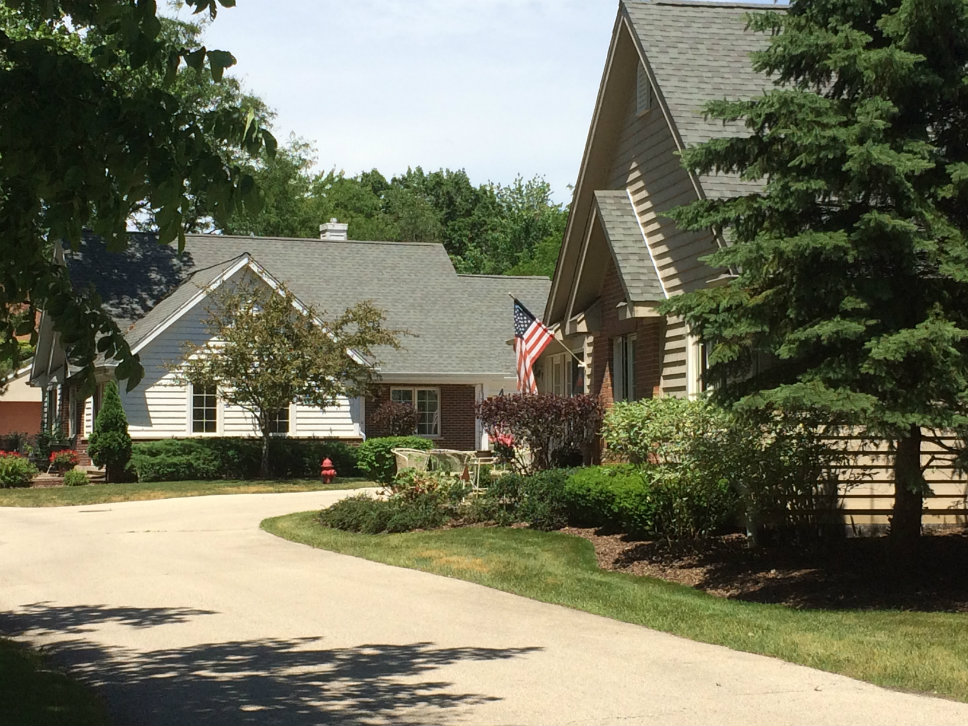 These senior cottages were added to Lake Forest’s housing stock in 2013.

LAKE FOREST — With a projected inflow of cash anticipated by the end of the year in Lake Forest’s Housing Trust Fund, the city is taking a new look at affordable housing primarily for seniors and people who work here.

At the urging of Mayor Rob Lansing, the Lake Forest City Council reduced the membership of the Housing Trust Fund Board from seven to three and appointed former Mayor Donald Schoenheider to head it June 5 at City Hall.

Motivating the move is an influx of cash into the fund as a result of fees due to the city from the developers of the Kelmscott Park project at the northwest corner of Laurel and Western Avenues. Lansing said he estimates there will be $1.3 million in the bank by year’s end.

Schoenheider, a commercial real estate professional, will be joined by Chuck King, a real estate advisor who once chaired the city’s Building Review Board, and Chris Baker, a senior vice president at Lake Forest Bank and Trust. Lansing wants a smaller group with strong real estate and financial backgrounds.

“These are three people who know a lot about property and finance,” said Lansing. “They have a strong background and are committed to the community.”

Just before Schoenheider left office May 1, he said one of the issues he wanted to develop further was doing what he could to make Lake Forest’s housing stock more diverse. Just over a month out of office he will get that chance. He said the board will begin meeting by late July to put together a plan for the council and Lansing to review.

“I’m happy to be part of this,” said Schoenheider. “It’s something very important for our community. We want to find opportunities for seniors who live here to remain and people who work in Lake Forest to find housing.”

Lansing takes a similar view. He wants to see places for senior citizens ready to downsize to remain in Lake Forest as well as enabling members of the community’s workforce like municipal employees to locate nearby places to live.

“This is a good time to reassess our next steps,” said Lansing. “I see it being slow and steady because we have to find the right approach.”

When he was mayor, Schoenheider said he received inquiries from representatives of places like Northwestern Medicine Lake Forest Hospital, Lake Forest College and Lake Forest Academy who wanted to see people who work there find local housing. He said partnership possibilities exist in part because those organizations have land where projects can be developed.

“They own the land and there is an opportunity to do something with that,” said Schoenheider. “They are looking for opportunities for their employees to live closer to work.”

Affordable or diverse housing is not new to Lake Forest. The board and trust fund were established in 2011, according to Catherine Czerniak, the city’s director of community development.

Since then, Czerniak said the city has worked with Community Partners for Affordable Housing to acquire and update six homes providing housing for a variety of persons including young couples and single parent households with children already attending local schools.

“This incremental approach to assuring a diverse housing stock for the long term also improves properties that in some cases need maintenance and updating,” Czerniak said in an email.

Along with the six houses acquired in partnership with Community Partners, Amy Kaufman of Highland Park, the organization’s associate director, said there are five senior cottages in Lake Forest which are part of the affordable stock. They came on line in September, 2013.

“For folks who want to stay in the community, it’s a nice option,” said Kaufman. “We hope to have more opportunities to work with Lake Forest,” she added referring to the potential for further development with the influx of cash.

Affordable housing is growing in another way. Czerniak said 12 of the 111 apartments being built at Kelmscott Park are set aside as affordable units. Providing those opportunities was part of the agreement between the developer and the city when the project was approved.