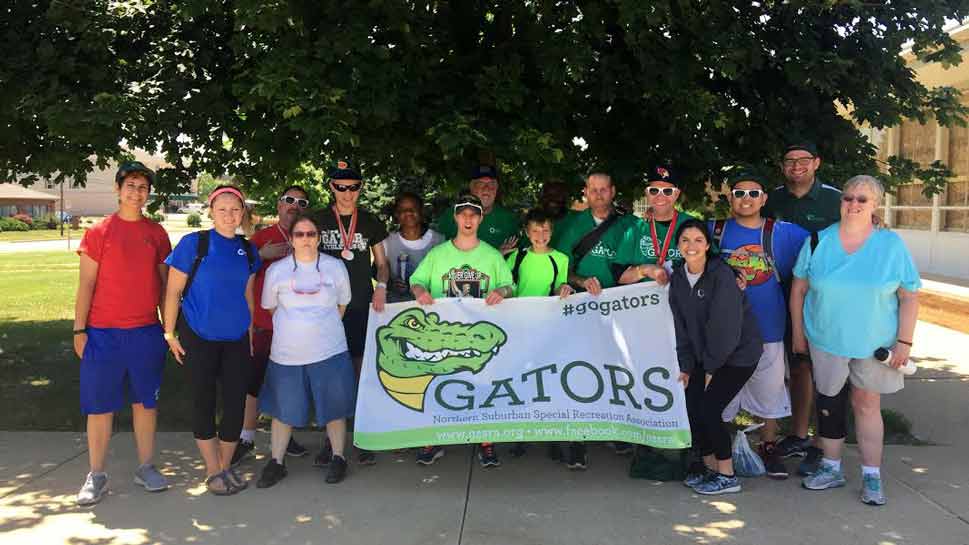 “Just being at the Games is an achievement,” said Jerod Mikkelsen, NSSRA Recreation Specialist for Gator Athletics. He continued, “To then have such a strong showing is unbelievable. All the hard work during the season and the extra practices post-season definitely paid off. Everyone did amazing.”

Ranging in age from 11 to 57, 16 Gator athletes qualified for the June games with 13 competing. Twelve of the 13 athletes placed in one or more of their respective competitions. The Gators competed in bocce, powerlifting and track and field. In order to qualify each athlete was required to win first place at each sport’s regional competition.

The powerlifting team performed exceptionally well for the second year in a row, earning 18 of NSSRA’s total 25-medal count. The entire seven-member team qualified this year to compete at the Summer Games, an extraordinary accomplishment. Mike Sener of Evanston, new to the team this year, managed to beat his personal record in Deadlift and won gold medals in all three of his events.

Thomas Jachtorowycz of Glenview, now a repeat competitor at the Games at only 11, won his first gold medal in the 100 Meter Run, and made his weekend even sweeter by winning Bronze in the Mini Javelin Throw.

The team competed hard and cheered their teammates on even harder, and their six coaches were an important part of their inspiring achievements in the gym and on the field. “The staff that came with us were unbelievable,” said Mikkelsen. “They definitely played a huge role in the success of the trip.”

One of those staff, Hailey Haas, is NSSRA’s Recreation Specialist for Adult Programs. She glowingly reported, “With this being my first time at Summer Games, I could not have asked for a better experience. The team’s high energy and positive attitude encouraged us all to strive for gold. Each and every participant competing displayed athleticism and teamwork and in their downtime had the best time together, laughing and creating memories. Before the weekend ended, all of our athletes were already discussing their goals for next year!”
NSSRA Gator Athletes’ 2017 State Summer Games Standings 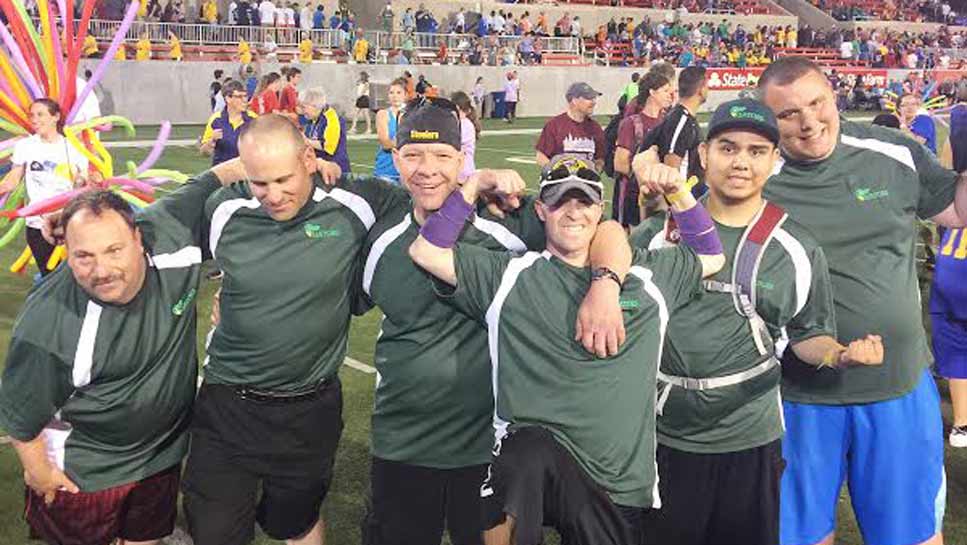 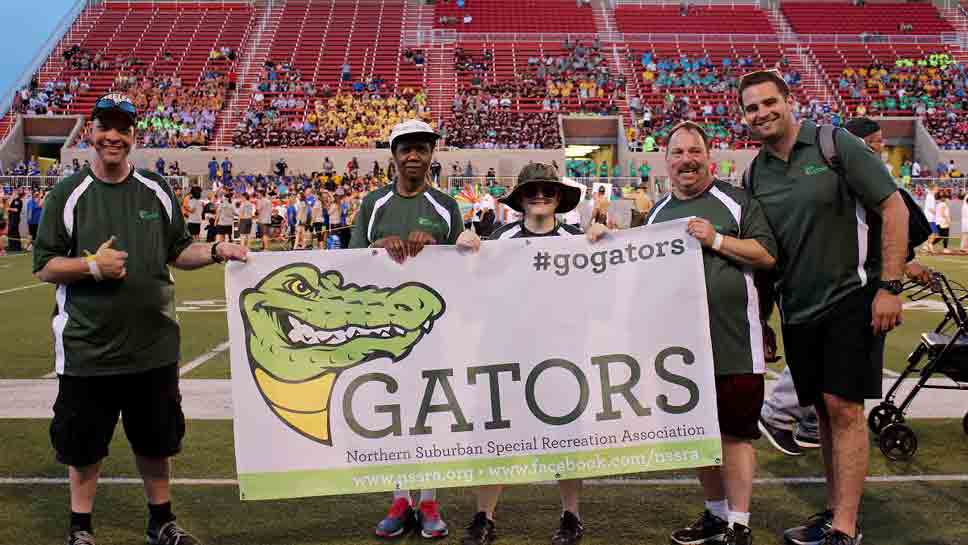 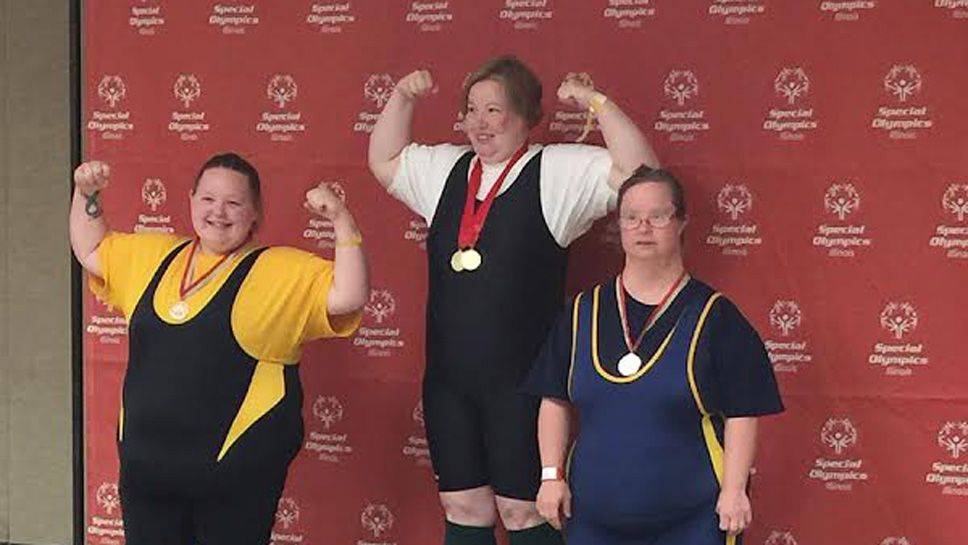 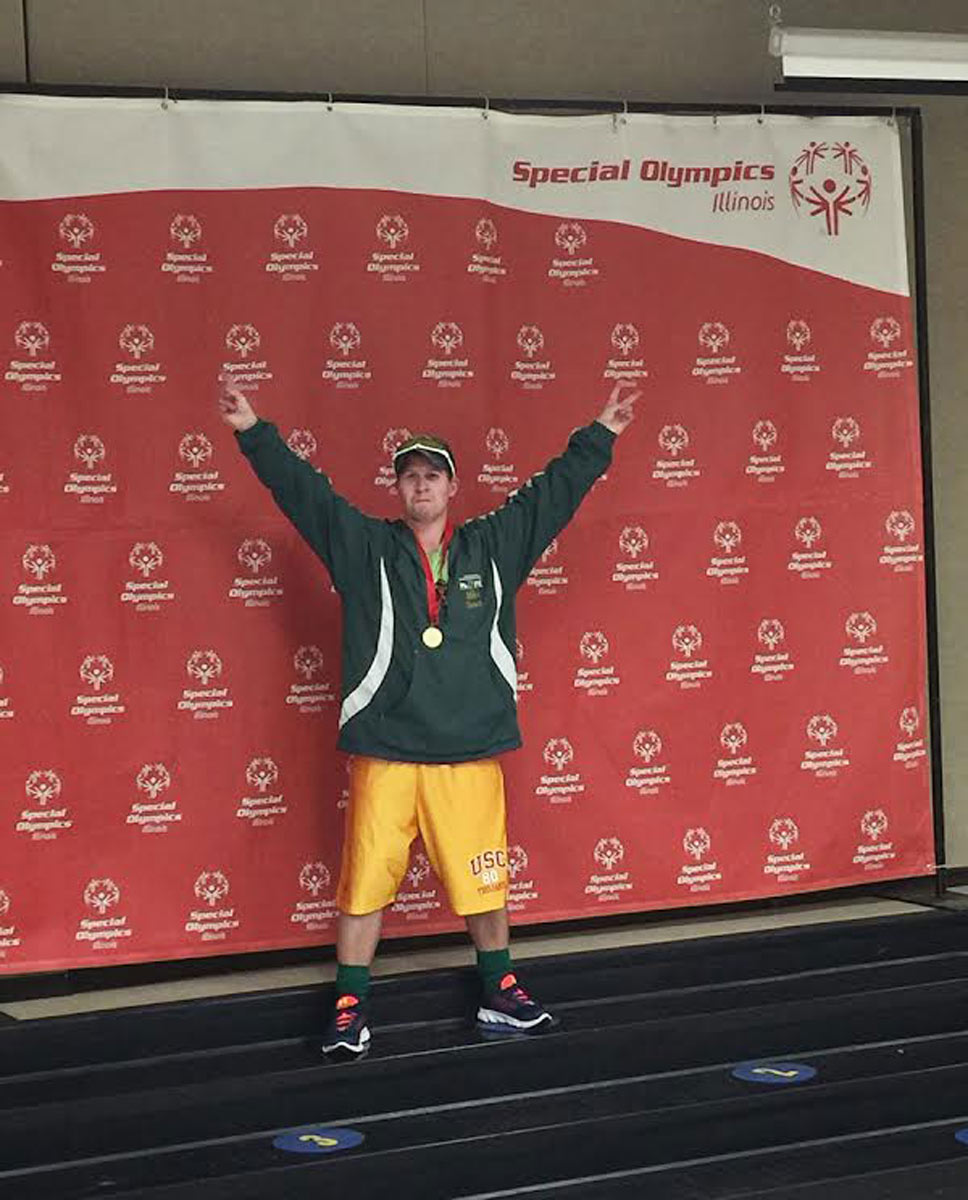 Gator Powerlifter Mike Sener (Evanston) proudly representing Gator Athletics at the State Summer Games! This is Sener’s first year competing as a powerlifter, and he won gold in all three of his events, Bench Press, Deadlift and Combination Bench and Deadlift. 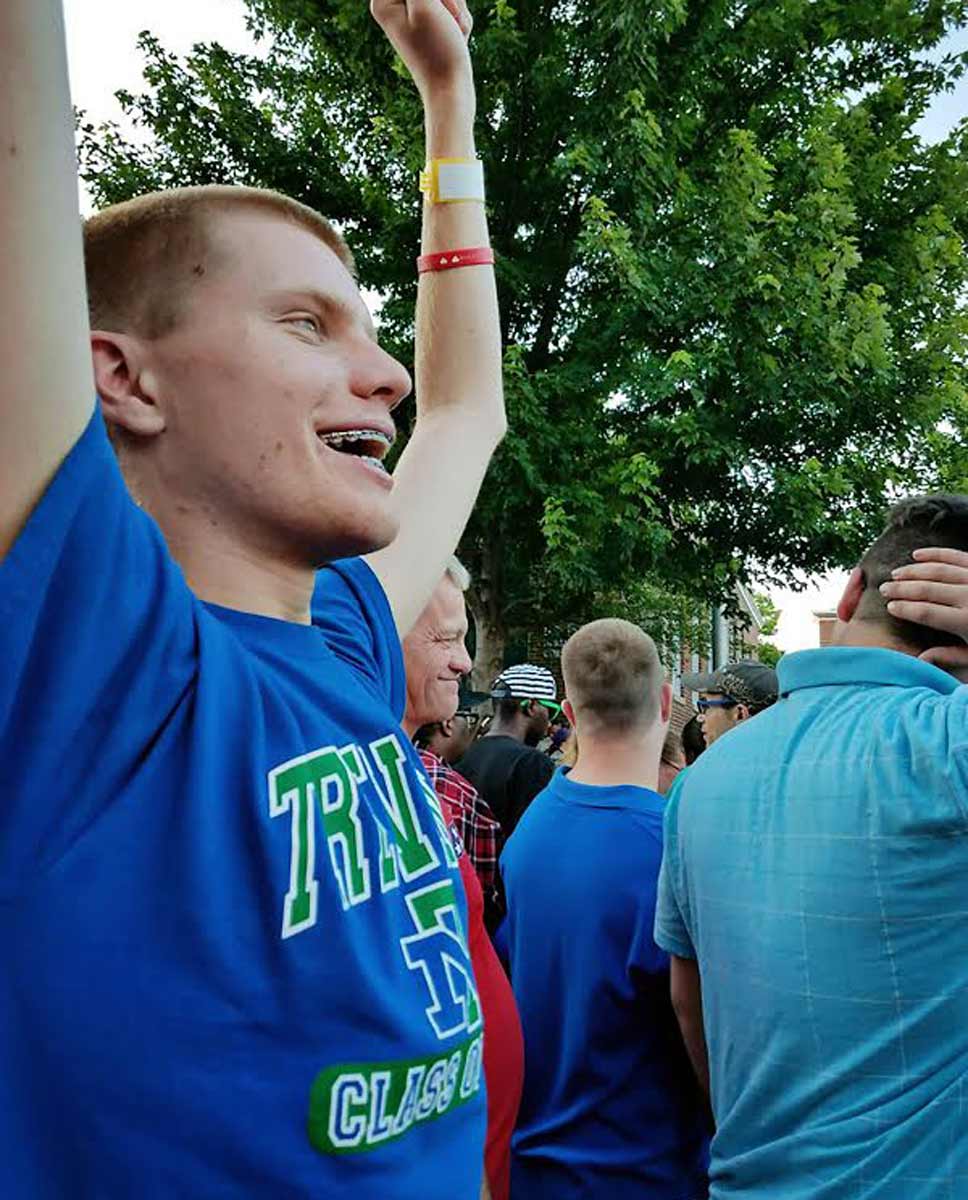 Gator Track & Field athlete Sam Green (Winnetka) cheers on his teammates Saturday. Green won a silver medal in the 1600 Meter Run and a bronze medal in the 800 Meter Run.

Submitted by NSSRA.
NSSRA provides and facilitates year-round recreation programs and services for children, teens and adults with disabilities who live in the partner communities. NSSRA is an extension of ten park districts, two cities and one village in the northern suburbs of Chicago. This partnership includes the Park Districts of Deerfield, Glencoe, Glenview, Highland Park, Kenilworth, Lake Bluff, Northbrook, Northfield, Wilmette and Winnetka; the Cities of Highwood and Lake Forest; and the Village of Riverwoods. NSSRA has been creating an environment of belonging through play since 1970, and has the distinction as the first Special Recreation Association in the country. For more information about NSSRA and the programs and services they provide visit http://www.nssra.org/.