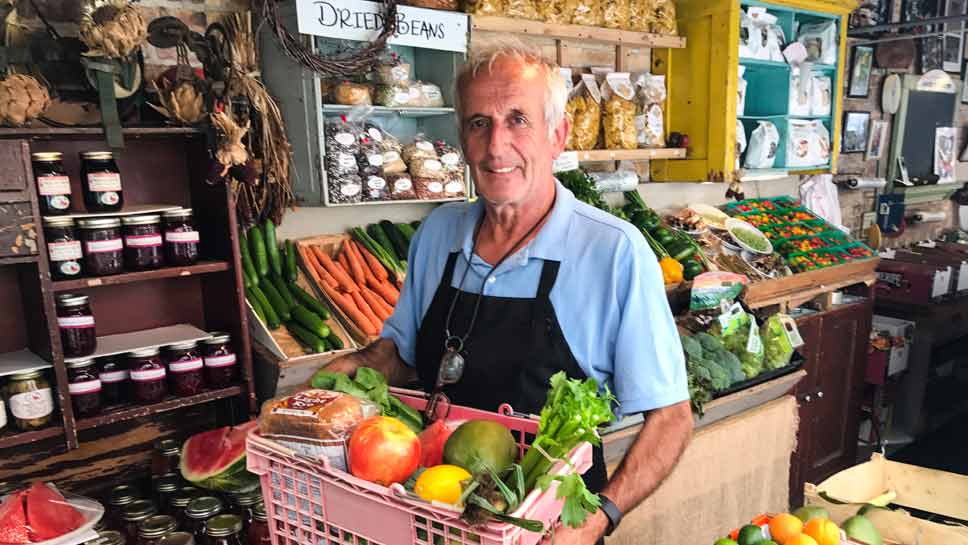 LAKE FOREST — Once farmers in Illinois and Indiana within three hours of Chicago start to harvest the first of their crops of the season, shoppers can come to Lake Forest’s Amidei Mercantino to buy produced picked the same day.

The fresh fruits and vegetables are available because market owner Ermano Amidei, a Highwood resident, gets to those farmers’ auctions within two or three hours — sometimes less — from the time the crops are picked to buy them and drive the food back to Lake Forest.

Entering its 29th year, Amidei Mercantino is open seven days a week from approximately mid-April through mid-October, selling fresh produce and select other foods in the alley at the west end of Market Square. The result is an everyday farmer’s market.

The alarm actually goes off at 1:59 a.m., he said, waking him in time to get to Chicago’s produce market or farmers’ auctions in time to get his pick of the best produce and bring it back to his market when people start to shop.

When he goes to the market, Amidei said the produce was often picked the day before and flown to Chicago. Some of the time it is a little older. When the crops start to pop up in the Midwest, he said he loves going into the fields to buy. One of them is run by Amish farmers in Indiana.

“They come with their horses and buggies with the crops in the back,” said Amidei. “When I get there at 10 they picked it two to three hours before.”

Amidei said he makes sure the produce is just right before he bids on it. His years of experience have taught him how to judge what is fresh enough and tasty enough for his customers. 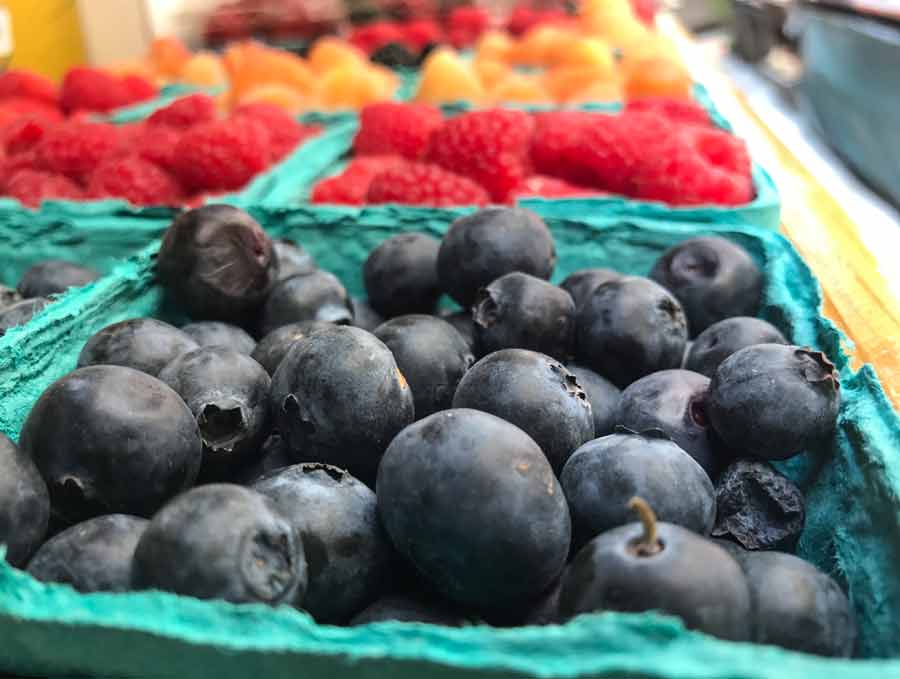 “Everything you see here I chose,” Amidei said pointing to the produce lined up for sale in his block-long alley. “You know it’s good because you feel it, touch it and smell it.”

In mid- to late May, Amidei said he features fresh asparagus and strawberries, among other things. There are also fresh ears of sweet corn. Those he said he buys at the Chicago produce market for now.

“They were coming from Florida and now they come from Georgia,” Amidei said in a May 16 DailyNorthShore.com interview. “In a few weeks we’ll start getting it from (southern) Illinois again.”

Very little of the market’s produce is more than two to three days old and nothing is kept more than five days, according to Amidei.

“I call in the (pie) order, he makes them on Sunday and brings them down on Monday,” Amidei said of the pies. Those, like the eggs, are quite fresh. “They were laid one or two days ago.”

Some of the pasta is homemade fresh at Pastificio in Highwood, according to Amidei, while the rest is imported from his native Italy. 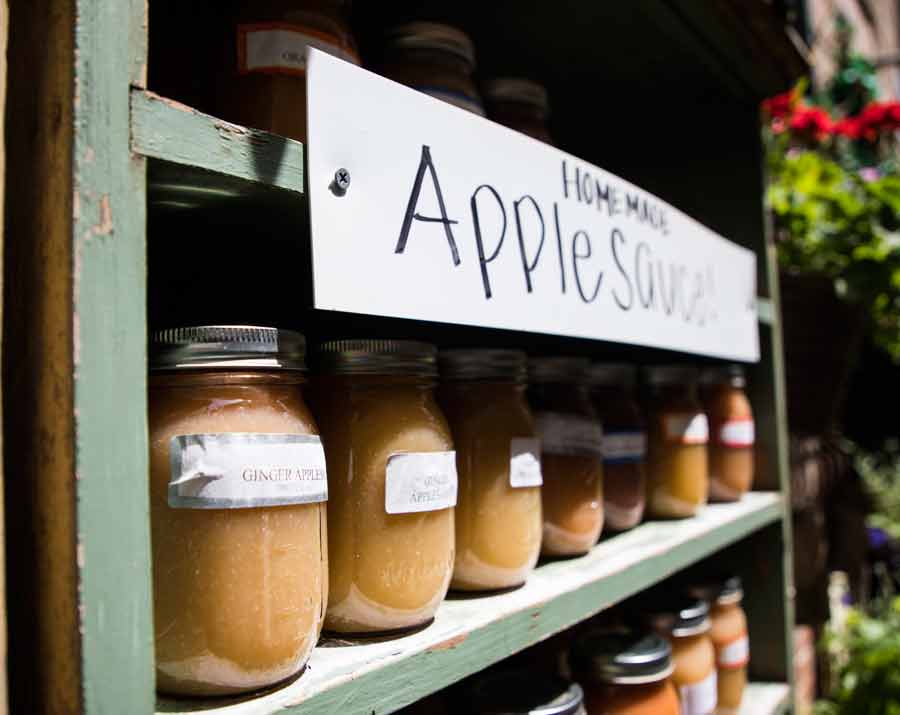 The soup comes from Froggy’s French Café in Highwood. He said he picks it up after he drops off the restaurant’s fresh produce.

“I supply them,” Amidei said. It is one of several restaurants he buys produce for.

After he closes for the season, Amidei said he gets ready to sell Christmas Trees at the market. Once that is done, he said he takes some time to relax.

“I spend some time with my wife,” said Amidei. 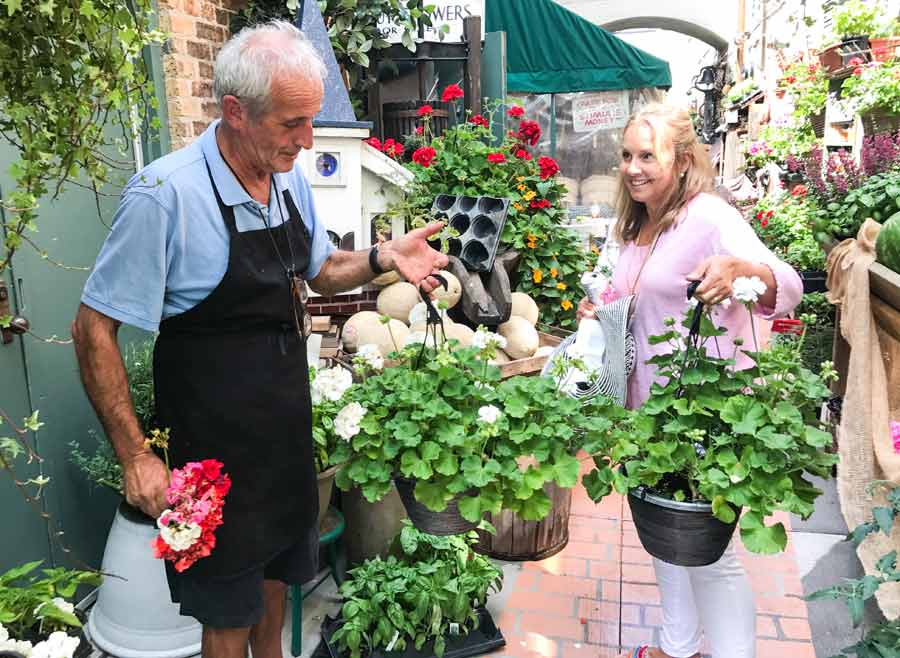