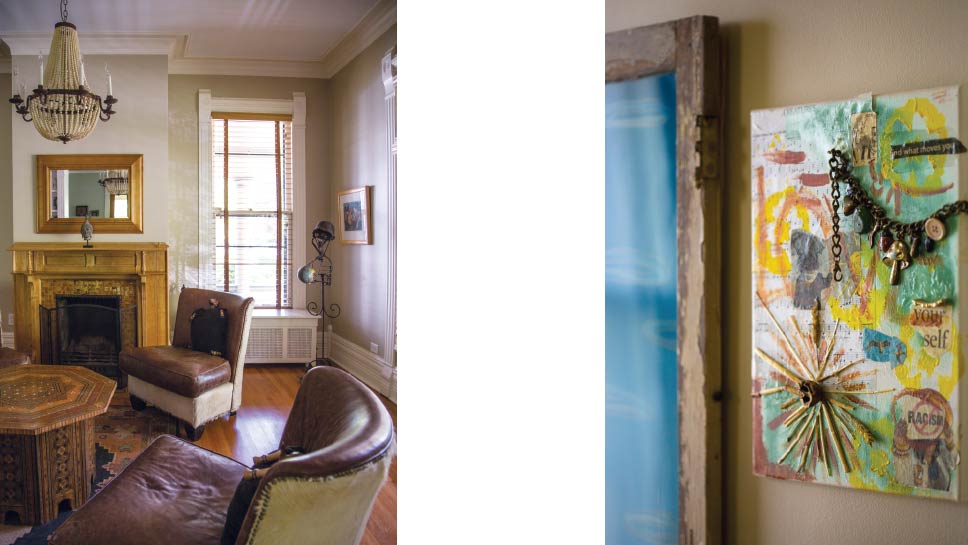 When Amy Morton opened Found in 2012, she imagined Evanston becoming the next “Little Brooklyn.” More than 20 restaurants have opened since, including her speakeasy-meets-supper-club eatery, The Barn. We meet up with this member of one of Chicago’s most famous restaurant families, at Found and in her Evanston home, to talk about the journey that brought her here. PHOTOGRAPHY BY MONICA KASS ROGERS

If Amy Morton asks if you would like a cup of coffee, say yes, but know that it might take a minute. The Evanston restaurateur and member of the Morton Steakhouse family is as meticulous as she is mindful. There won’t be a simple pour from a pot in the kitchen. No. This coffee is made to order, with her own Amy flourish. Somehow she elevates everything above the ordinary, makes it special.

And the more time you spend with the culinary mastermind behind Found, and as of late last year The Barn, the more it all starts to make sense.

The first time we meet, it’s face to face in the front parlor of Found—where sumptuous sofas and vintage cocktail tables evoke the 1920s Paris salon of your imagination, right here on Chicago Avenue. It’s early on a Wednesday morning, so all the coffee cups are still being soaked. 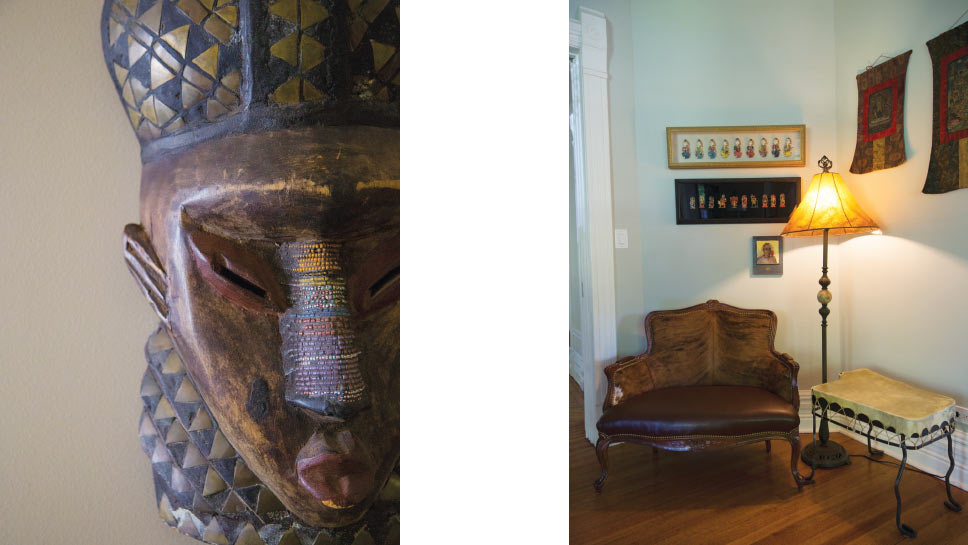 A French press has been prepared with freshly ground coffee, poured into skinny cocktail glasses served on saucers. “It’s how we do it in the kitchen,” she says, finally taking a seat in the opposite chair, and then a deep breath before unfolding the pieces of her story like garments being retrieved from a suitcase after a long journey.

As the oldest daughter of Chicago restaurant legend Arnie Morton, Amy says one of the things she has always been hyper aware of is the feeling of being “born into privilege.”

“Part of my life, I felt guilty about it,” Amy says, explaining that as early as high school growing up in Highland Park, she began to think about the plight of the homeless and those who had less than she and her family did. But along with that early awareness came a sense of gratitude, and a responsibility to turn the opportunities open to her as a member of the iconic Morton’s restaurant family into something that had meaning and purpose. 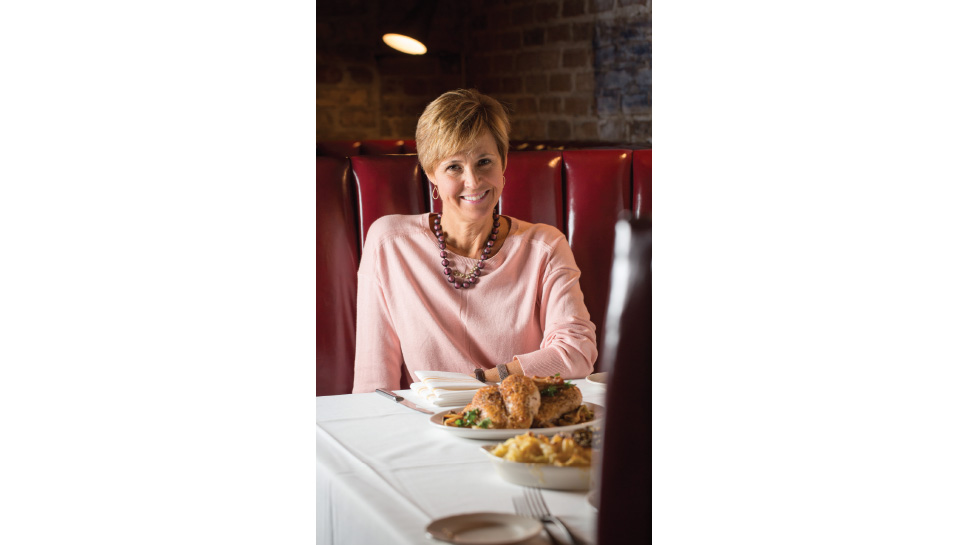 Amy’s culinary resume is well-known among Chicago foodies. For more than a decade, she worked side-by-side with her late father, Arnie, learning the restaurant business from the ground up at her father’s restaurants. She went on to train employees at Arnie’s Restaurant, Morton’s Market Place, and First Street Pier before opening her first restaurant with brother Michael Morton (also now a successful restaurateur who lives with his family in Las Vegas) in 1988. From there she opened Mirador and The Blue Room, launching full-speed into a restaurant career that included consulting and overseeing day-to-day operations at some of Chicago’s most coveted eateries.

But something happened when she and husband Neal Levin decided to start a family. Amy took a step back, reflected on where she had come from, and thought about where she wanted to go next.

“Part of my time away from this business was about finding myself,” she says. “When I had Mirador, I remember even on the busiest nights I still felt like something was missing. I had friends who had just moved to Thailand which is when I decided to do my first 10-day silent meditation retreat.” 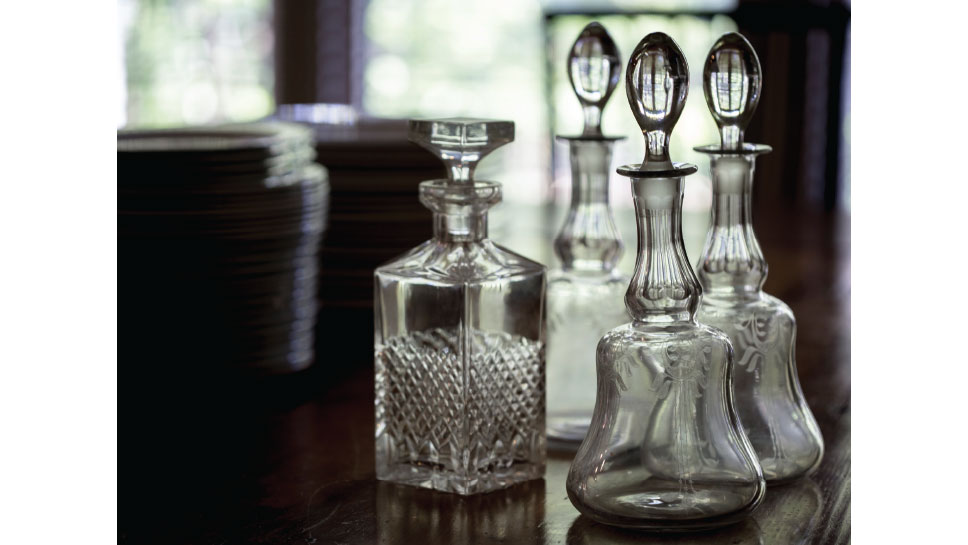 Amy was so inspired that she embarked on a four-year program to study healing, meanwhile also giving birth to Ruby, and then Abra, and Taluhla. By then, she and Neal had moved to a beautiful old house in central Evanston. What was about to come—the restaurant scene Amy Morton would cultivate in Evanston—was born from that period of mindfulness and reflection.

“So much about opening Found was about going back into the restaurant business on my terms, bringing all of me into it,” she explains, noting that every piece of furniture, every detail of Found was literally something she and her family would “find” on expeditions to estate sales and auction houses. “I decided that if I was going to do something that would take me away from my kids, it would make a positive difference in someone’s life.”

She opened Found with a mission for true sustainability—from how the food was sourced to who she employed. A longtime board member of Connections for the Homeless, she works with the nonprofit organization to staff positions at her restaurants. 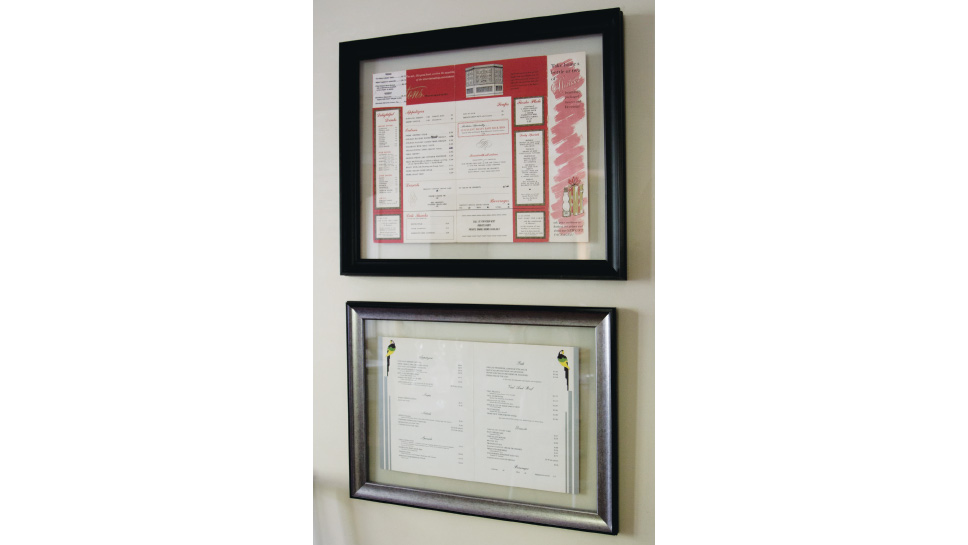 And if Amy Morton learned anything from her father and grandfather (her grandfather owned Morton’s restaurant in Hyde Park) it was that hospitality is about more than serving people a meal; it’s about making them feel warm and welcome, as you would welcome a guest into your home.

“That is the core of how I feel about this business,” she adds. “People have so little free time, so when somebody chooses to come to Found or The Barn, it is our privilege to take care of them.”

Hence the careful serving of coffee, which continues a second time when we have an opportunity to see how Amy Morton’s eye for interior decor translates from the ambiance of Found and The Barn into her own living space.

This cup of coffee also comes from a French press as Amy whips up homemade waffles for the 7th grader upstairs. In the meantime, she offers a taste of Rejuvelac, a fermented beverage of sprouted grains and wheatberries she has been drinking as part of a recent cleanse.

“Just let me bring Taluhla Rose her backpack and I’ll be right with you,” she says, as a cockatiel and parakeet chirp in the background.

With the house recently going on the market, there is a sense of movement. Work is being done outside. The garden outside is just beginning to bloom. And the kitchen—Amy Morton’s kitchen—is an elegant study in culinary function.

She chats happily as she finishes the waffles, carefully dropping chocolate chips into each crevice, talking about how the family’s recent trip to Cuba was a metaphor for this next chapter of risk-taking.

“Moving is a little scary, and we’re totally excited about what’s next,” she says. “Traveling is such a huge part of who I am. Seeing these facades in Havana was like looking through the window of what was. And the emerging restaurant scene there was a culinary delight.”

With the one-year anniversary of The Barn approaching later this year and Found leading the way for Evanston to become a destination for foodies from Chicago and throughout the North Shore, Amy Morton is happy with the decisions she has made on the journey so far.

“The City of Evanston has been amazing to work with,” she says. “When I was first thinking about doing Found, I had envisioned Evanston to be the next “Little Brooklyn.” Over 20 restaurants have opened here since we opened Found in November 2012. It’s been incredible.”

She is as meticulous as she is mindful. She has charted her own course, but has never forgotten the foundation it was built on.

“I don’t think there’s a night at the restaurant when people don’t bring up my dad, and the stories are just like the stories I used to hear about my grandfather,” says Amy, explaining that The Barn was a nod to her father and fulfilled a vision for a steak house she has had since she was 18. “It’s so much more than just a restaurant. There’s so much history. Sometimes I feel that I am really just a fourth-generation bootlegger. My great-grandfather was the neighborhood pharmacist, but in the back room, he was selling the good stuff.”