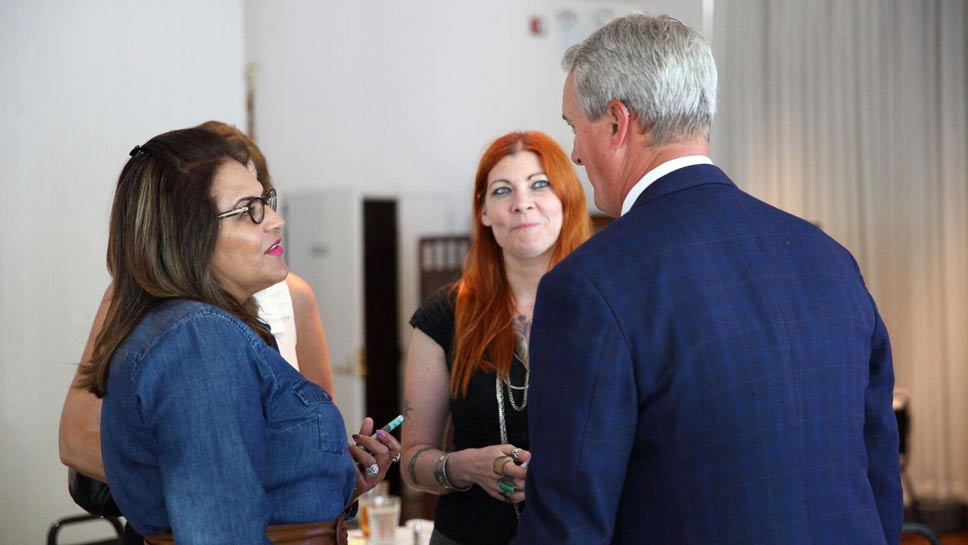 LAKE FOREST/LAKE BLUFF — Brian McCaskey devotes his time as a Chicago Bears vice president to ensuring fans’ experiences and public perceptions of the organization achieve a high level of excellence.

McCaskey, a Lake Bluff resident and Bears’ vice president, talked about the “business of the Bears” at a meeting of the Lake Forest-Lake Bluff Chamber of Commerce on June 14 at the Lake Forest Club. About 75 people attended the event.

When Bears’ General Manger Ryan Pace selected University of North Carolina quarterback Mitch Trubisky with the second overall pick of the NFL draft in April it made national headlines. When Pace explained his reasoning to a group of 40 Bears’ business staffers, he helped them all believe more strongly in the organization. Many of them were part of the sales staff.

“Pace told the story of what he did the night before he drafted Mitch Trubisky,” said McCaskey. “He decided to go for it. He wrote himself a memo about what he was going to do. He really put himself out there and everyone in the room appreciated it.”

More than once McCaskey referenced the Bears’ 3-13 record in 2016. He said there has been a lot of turnover among players, and he thinks there will be more stability this season leading to a more wins. He looks at what he calls the limousine factor.

McCaskey said Tuesday is usually the players’ day off during the season. Even then he sees signs of new arrivals because of the number of limousines parked in front of the Bears’ training facility, Halas Hall in Lake Forest. He considers it a bad sign when new athletes arrive regularly during the season.

“Things will start to gel when we don’t see so many limousines on Tuesday,” said McCaskey answering a question about team chemistry. 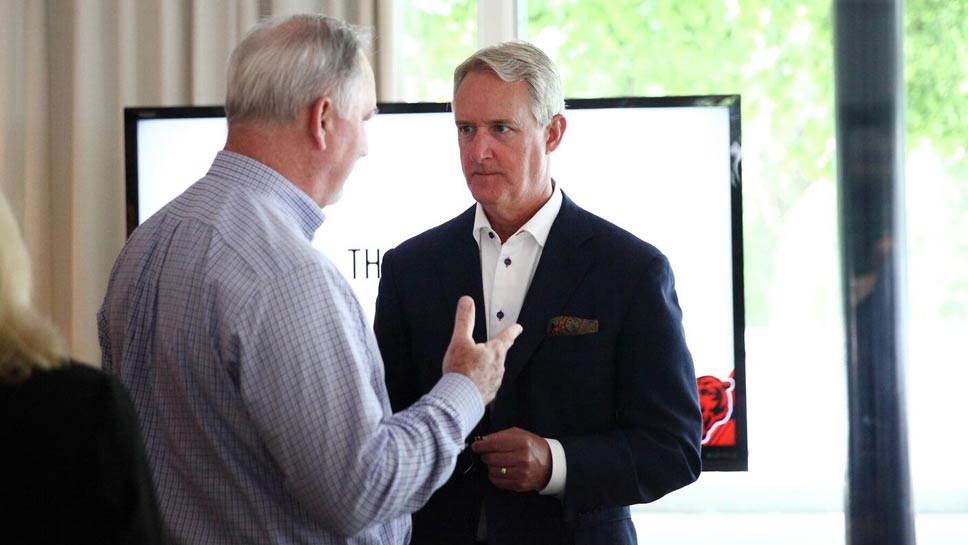 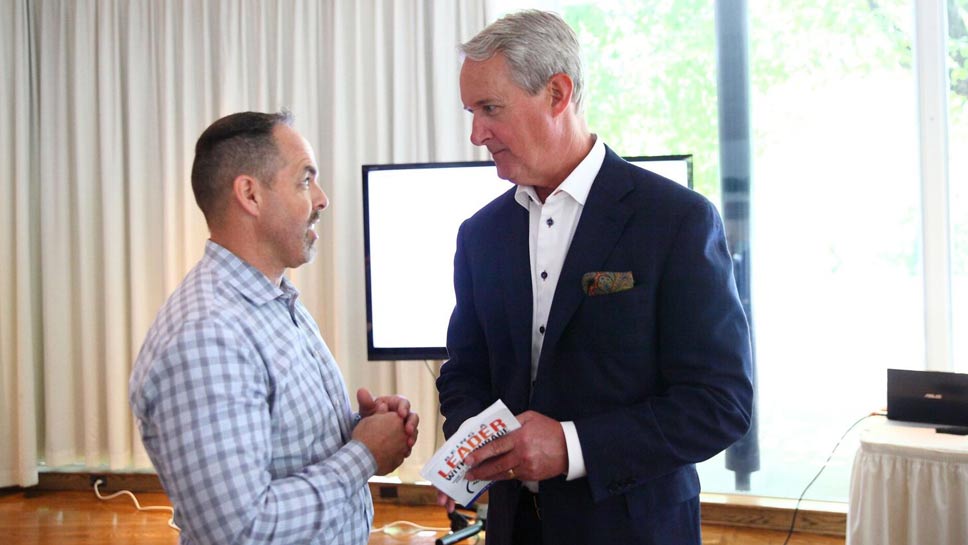 One of the things McCaskey said he enjoys is going through team archives to find old logos, uniforms and other equipment and bringing them back as newly designed merchandise to offer to fans.

Some of the time, there is a dual purpose to new merchandise. McCaskey talked about the time he asked race car driver Danica Patrick to wear a Bears jersey to help raise awareness of breast and cervical cancer.

“She taught me about the value of social media,” McCaskey said. “She wore the shirt and tweeted. It brought in $2 million to help women with breast and cervical cancer.”

Though McCaskey does not work with players as athletes, he said he does help them prepare for life after football. He said it is critical they learn how to manage money, since many of them will make a lot of it in a short period of time playing professional football.

Most NFL football players attend college, but McCaskey said few join a team with a college degree in hand. He tries to help them start working on completing their education while they are with the team. With the average NFL career lasting 3.5 years, he said they need to prepare while they are still playing for the rest of their lives.

“We use a guilt trip on them,” McCaskey said. “We ask them to promise their mother they will get their degree.”

McCaskey said he likes to have former Bears such as Brian Baschnagel talk to current players. Baschnagel was a star running back in college, played wide receiver for the Bears and got a Super Bowl ring for his involvement with the 1985 Bears. Then he went into the corporate world.

More than once McCaskey talked about his grandfather, George Halas, who started the Bears and co-founded the NFL in 1920. McCaskey said when different art designs were proposed for Halas Hall, he pushed for a picture of Halas with the quote “Nobody who ever gave his best regretted it.”

“I see that every day when I walk in,” McCaskey said. “This is the essence of who he was and who we are.”