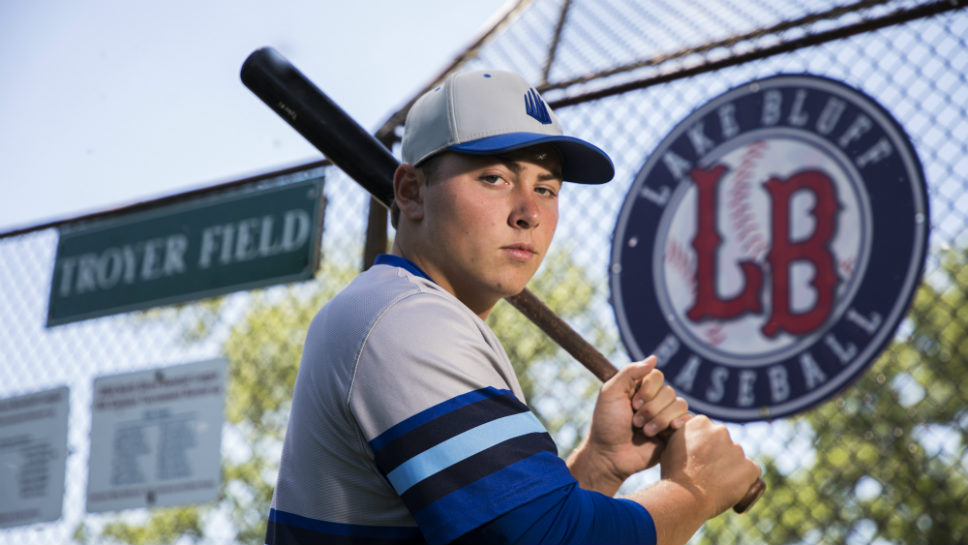 No doubt, he’s on Cloud Nine.

Or, should we say he’s in Seventh Heaven?

Tyler Esplin has been picked by the Boston Red Sox in the seventh round of the 2017 MLB Draft. He was the 221st overall selection on June 13.

The Lake Bluff native, who attended Lake Forest Academy for two years before enrolling in the IMG Academy in Bradenton, Florida, is a left-handed hitting outfielder.

The 17-year-old Esplin recently played in the 39th Annual Florida Athletic Coaches Association (FACA) all-star game at Joker Marchant Stadium in Tiger Town in Lakeland and was named the MVP.

In addition to playing the outfield, Esplin was the closer for two seasons with his IMG team. A right-hander, he has been clocked at 93 miles per hour.

Esplin, who played club baseball with Lake Bluff Baseball, Coyote Select, Highwood Heat and the Lakeside Legends, was coached by ex-Major Leaguer Chris Sabo at IMG. He is committed to play college baseball at the University of North Carolina-Charlotte.

He is the son of Danny and Kristen Esplin. His dad played for Hall of Fame coach Tommy Myers at Lake Forest High School. He was a pitcher-outfielder for the Scouts and played at Southern Illinois University in Carbondale.