LAKE FOREST – Lake Forest High School New Media teacher Steve Douglass and retired Telecom department founder/teacher Dave Miller organized and hosted “50 Years of Telecom” on June 10, celebrating careers of crafting storytelling and bringing together alumni for whom the class meant so much — including some who’ve made it big in Hollywood, including Vince Vaughn and Paul Boese from the Class of 1988. 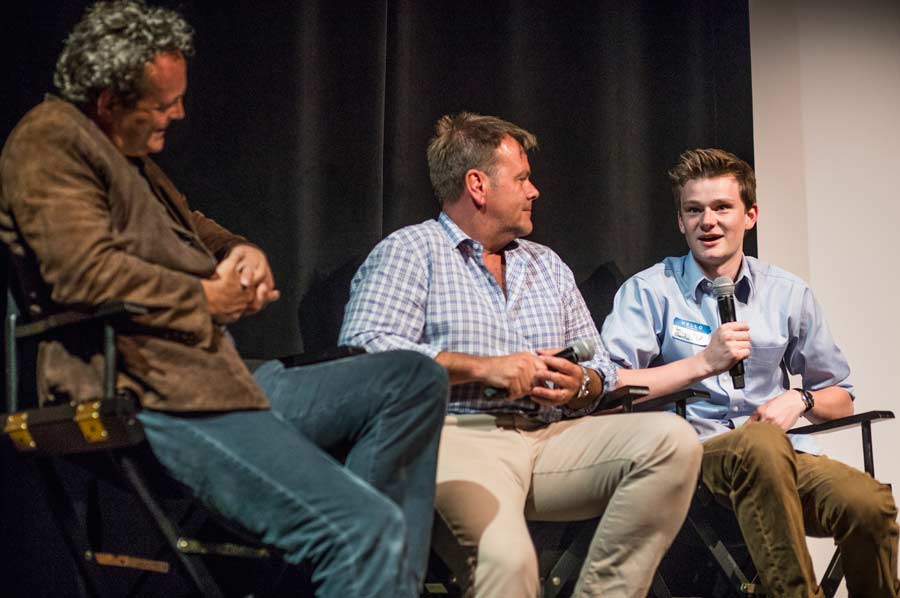 Vince Vaughn and Paul Boese, both LFHS Class of ’88, listen as Van Staunton, LFHS Class of ’18, tells them about his new shot-for-shot remake of their Telecom project LF Vice, a Miami Vice parody, shown to generations of Telecom students since the two graduated. 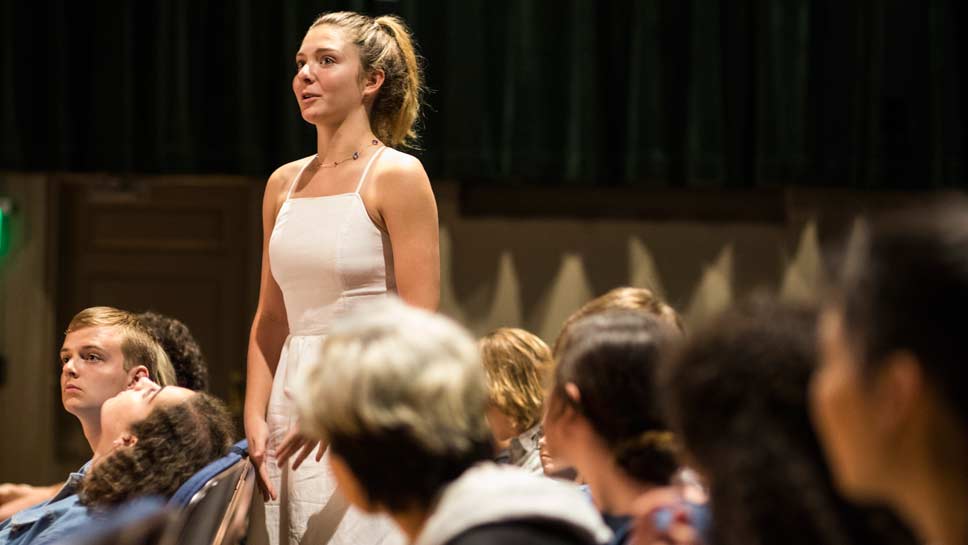 Whitney Perschke, LFHS Class of ’18, asks Vaughn and Boese about how to maintain self-confidence in a project over the long amount of time it takes to complete it. Vaughn told her that having seen her performance as the lead actress in the New Media short The Wall, she should have no shortage of self-confidence. 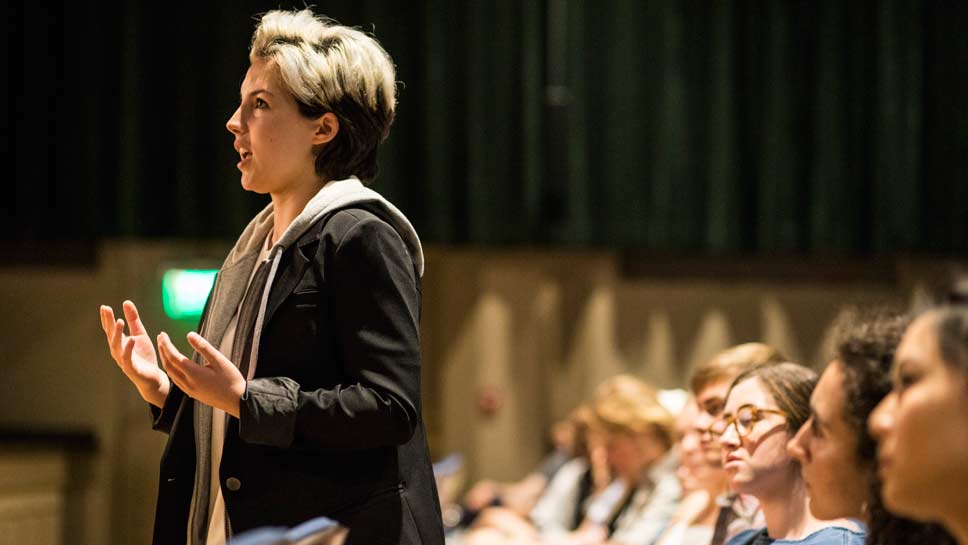 Annalise Craig, LFHS Class of 2018, asks a question only to be recognized by Vaughn and Boese for her tremendous work directing the New Media short The Wall. 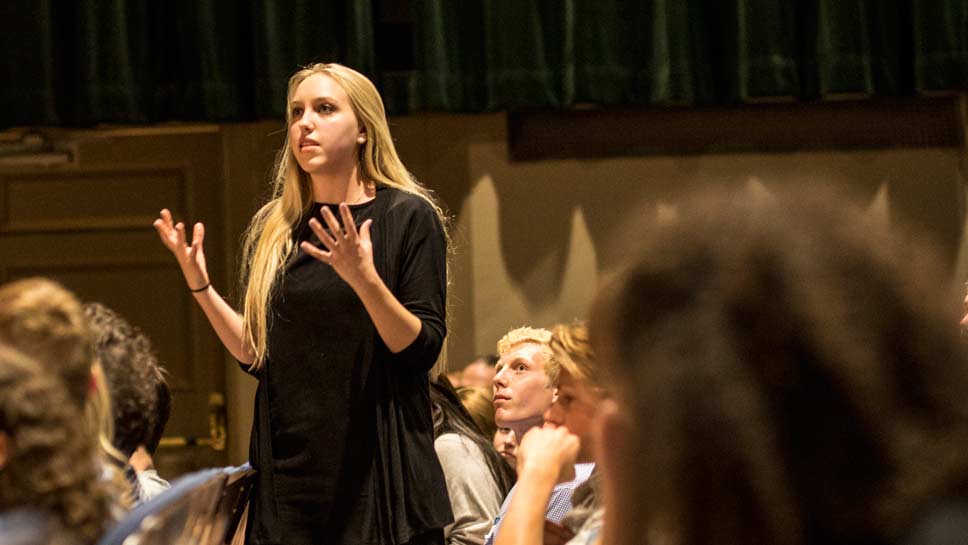 Bailey Lawrence, LFHS Class of ’17, asked for advice on moving to Los Angeles as she prepares to attend USC next year. Vaughn complemented Lawrence on an LFHS TED talk she delivered on the power of project-based learning, saying she was better prepared for a career in the industry than she knew based on listening to her TED talk and seeing her work. 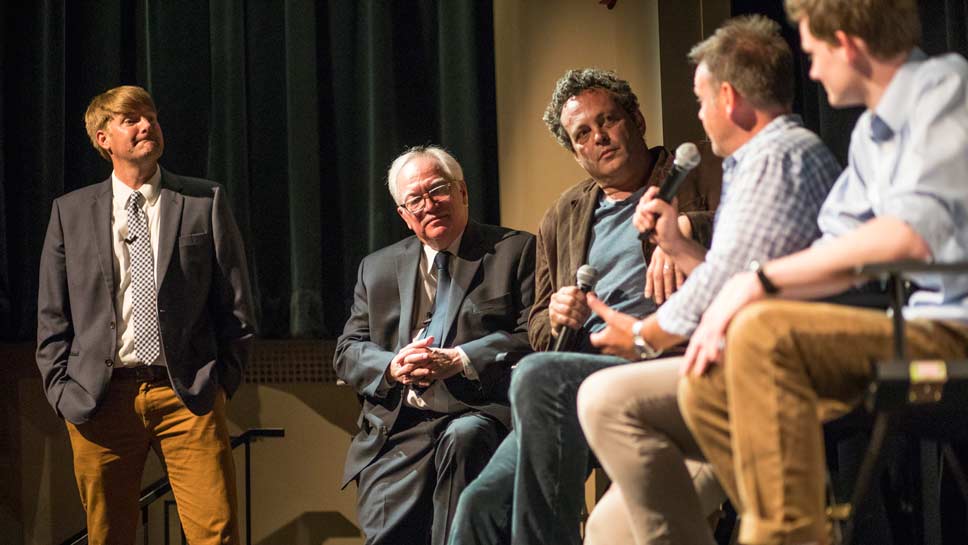 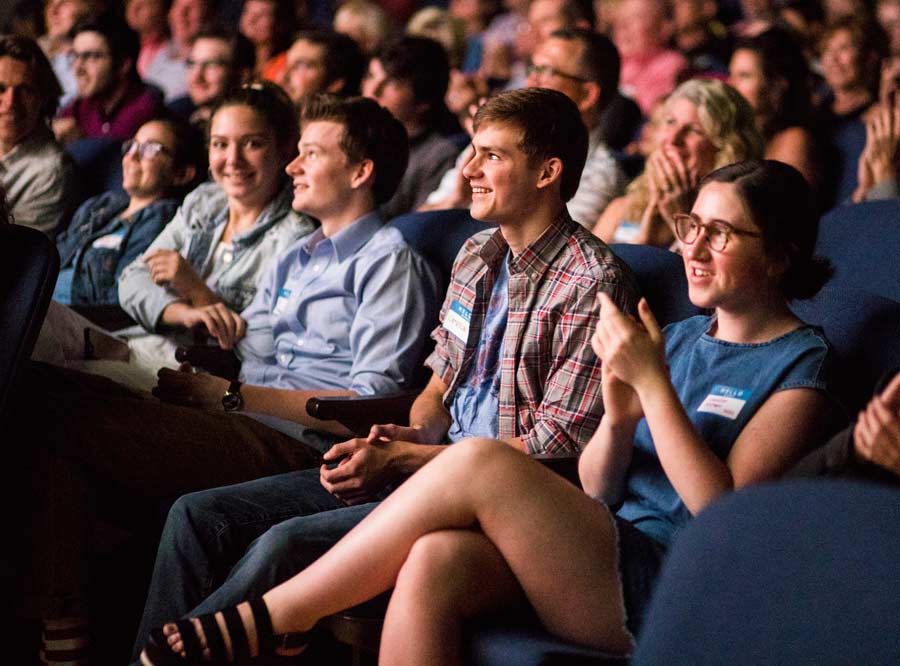 Current LFHS New Media students enjoy one of the many videos of alumni reflecting on the years of Telecom. 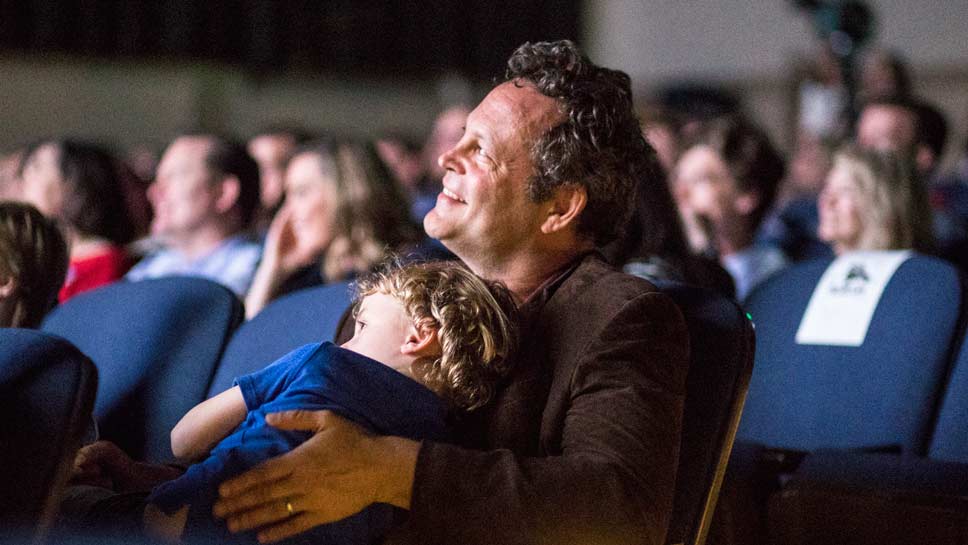 Vince Vaughn with his  son Vernon 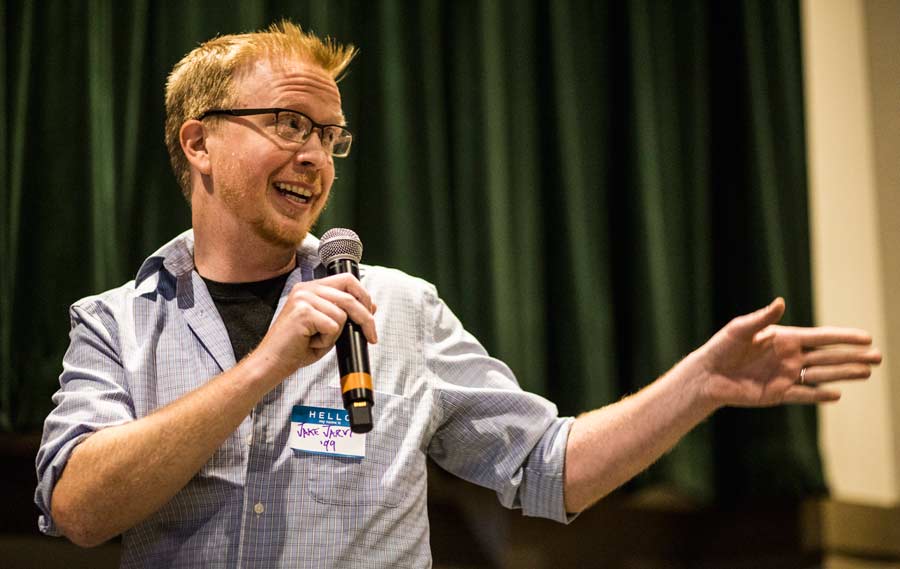 Jake Jarvi, LFHS Class of ’99, talks about continuing to work on video projects with his Telecom classmates to this day. 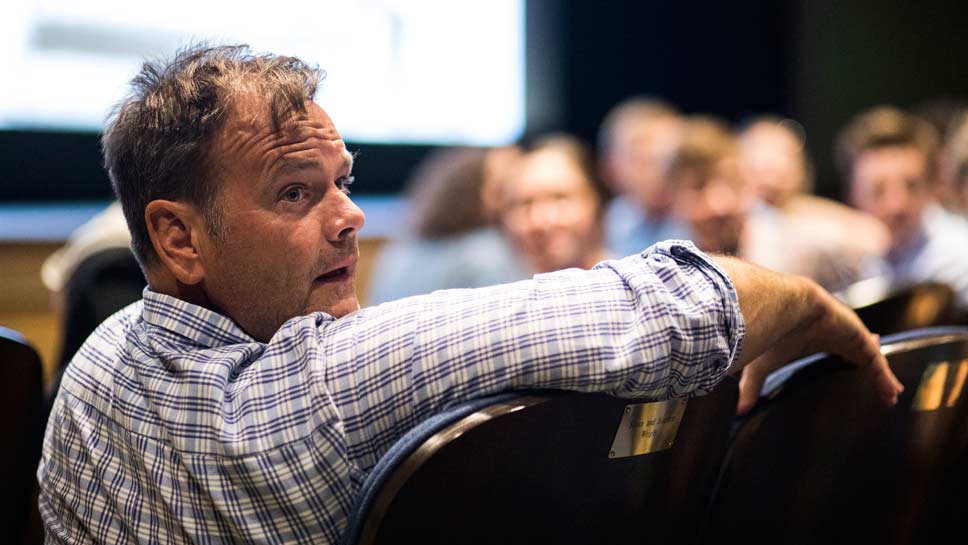 LFHS alum Paul Boese, LFHS Class of ’88, produces and directs for many reality television programs in Los Angeles, including My Haunted House, Jockeys, and I Married a Murderer. 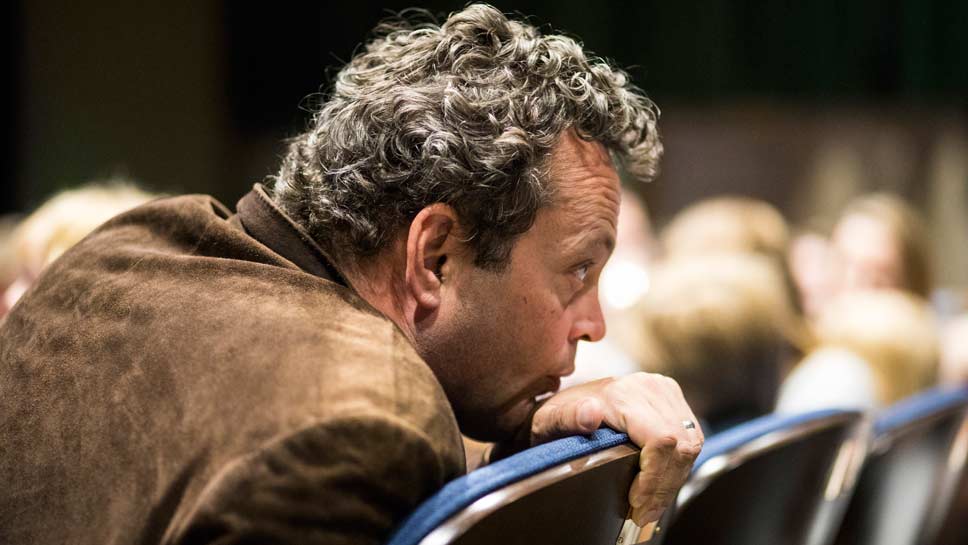 LFHS alum Vince Vaughn, LFHS Class of ’88, has had a prolific career of acting, writing, and producing for film and television, including Swingers, Jurassic Park The Lost World, The Break-up, and Wedding Crashers. 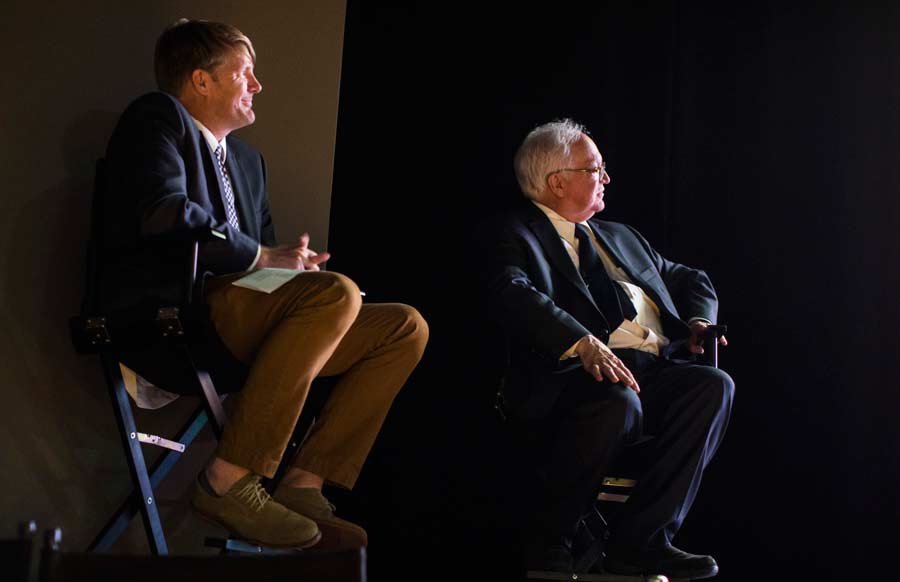 New Media teacher Steve Douglass and Telecom founder/teacher Dave Miller organized and hosted the evening, celebrating careers of crafting storytelling and bringing together all the alumni for whom the class meant so much.