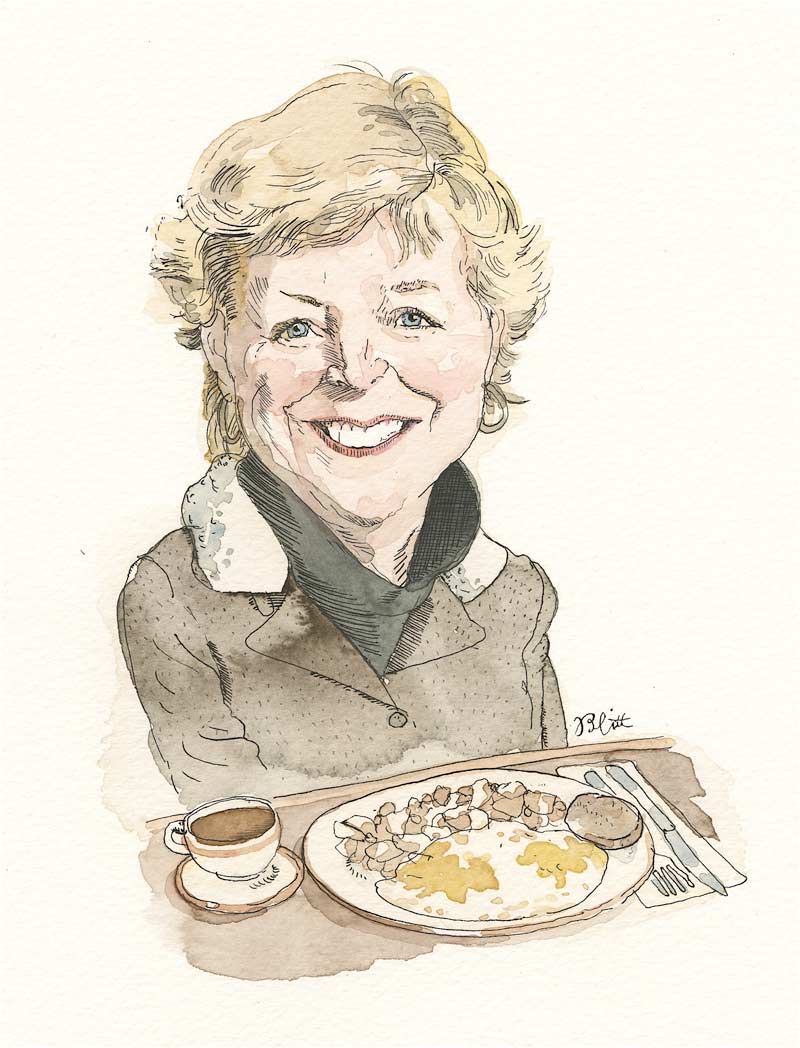 More than a decade ago, as a part-time Lake Forest Swim Club coach on her first day, Cindy Dell found herself on deck and in charge of a pool full of 6-year-olds.

They all looked up at her with eyes as big as beach balls.

“I had not been involved in swimming for 14 years, and swimming had changed,” recalls Dell, who had been persuaded to enter the field of coaching by Maureen Sheehan, the club’s executive director and head coach. “Those kids were in the Mighty Ducks class. About 15 of them were in the pool at the time.

“The looks they were giving me shouted, ‘Please don’t let me drown!’ ”

The ducks stayed afloat — and mighty.

“I’ve been incredibly lucky and so blessed,” says Dell, now the boys’ head varsity swimming coach, the girls’ junior varsity swimming coach, the boys’ assistant varsity water polo coach and a teacher’s aide in the special education department at Lake Forest High School. “I get to build relationships with athletes and their parents, administrators, swim officials and other coaches.”

The girl who lived briefly in Wilmette, moved to Northbrook and then moved to Madison, Wisconsin, in the eighth-grade just completed her 12th year of coaching and teaching at LFHS.

“I learn something new every day. I learn from everybody. To me, every day is a gift, an opportunity to have fun and be happy.”

Dell, 59 years old and a resident of Lake Forest since 1989, sits across from me at Egg Harbor Café in Lake Forest. She had ordered coffee and two eggs over hard with potatoes and an English muffin.

“My dad [Rudy King, 82, of Bonita Springs, Florida], is incredibly upbeat,” says Dell, a physical education major who swam for one season at the University of Iowa and then opted to join Hawkeyes cheerleading squads and serve as the manager of the men’s swimming team. “I’m like he is, a go-getter who doesn’t like to sit. I never sit when I coach. I’ve had incredible mentors in my coaching life — Mo [Sheehan], Michael Lawrence [LFSC coach], Mike Cavill [her Madison A&W swim club coach] and Beth Emshoff [her James Madison Memorial High School swimming coach]. All four are all about dedication, hard work, being selfless, staying positive.

“Mike Lawrence gave me great advice one day. He told me, ‘Keep smiling when you’re teaching or coaching on deck, because parents of the kids will notice you and feel their kids are safe.’ ”

Dell’s connection with Olympians began in high school, where one of her classmates was Mark Johnson, who played hockey for Team USA at the 1980 Winter Games. All he did was score a pair of goals in that unforgettable 4-3 defeat of the Soviet Union and deliver the assist on the game-winning goal in the gold-medal contest against Finland. Dell later coached a couple of LFSC members named Matt Grevers and Conor Dwyer — also a couple of world-class swimmers who would earn gold medals at Summer Games.

One of Dell’s favorite stories is how she reconnected with a childhood neighbor, Chip, who would become her husband in 1982. Cindy and Chip didn’t live too far from each other when both called Wilmette home.

“We went to birthday parties together when I was 1 or 2,” says Cindy, a New Year’s Day baby. “I was living in Dallas in 1980 when I found out Chip had been living there, too. I called him — remember, this was way before cellphones existed — eight times before he finally picked up his phone. I yelled, ‘Where have you been?!’ He then said, ‘Who is this?’ ”

They got together and talked for hours in Reunion Tower near the Hyatt Regency in Dallas. They got married after a two-year courtship and raised three children — Jason, now 33, Ashley 30, and Rudy, 28. Ashley was recently named a men’s assistant swimming coach at the University of Iowa.

“I still call him ‘Chip Dell’, and he still calls me ‘Kinger’, says the former Cindy King, who swam on four state championship swim teams at Madison Memorial HS and sped as a leg on the Spartans’ victorious 400-yard freestyle relay in her senior season. “He’s my best friend, my shoulder to lean on, the love of my life.

“The day of the state meet finals [in 2016], we had an outstanding swimmer, Dylan Boyd,” adds the 2015-16 Illinois High School Association Boys Swimming Coach of the Year. “He hadn’t lost all year in the 200-yard freestyle. Guess what Chip Dell told me that morning? He said, ‘Kinger, just tell Dylan to win his heat.’ ”

Dylan Boyd won his heat and became the Scouts’ first state champion in an individual event since Mitch Stoehr touched first in a pair of events (100 freestyle, 200 freestyle) in 2010.

For nearly five years, while she lived in Dallas, Dell sold steel — inside and outside sales — after thinking she would run a corporate fitness program.

One of her jobs these days?

“I have had the privilege, as a coach, to work with countless kids who have incredible work ethics,” says Dell, all pumped up for another summer as the aquatics director at Exmoor Country Club in Highland Park. “Swimmers inspire me, with their attitude, with their guts and determination, with their character. A pool is a place where I demand respect. A pool is the place where my swimmers get the opportunities to represent themselves, their family, their team and their school.

“What I also love to do as a coach is find out what my swimmers do in addition to swimming. You’d be amazed — I coach musicians, artists, kids with all kinds of talent.”

A huge Chicago sports fan, Dell attended a Cubs playoff game by herself in 2015.

“I was fine with that,” she says. “It enabled me to focus entirely on the game. But I didn’t just sit there; I stood up to high-five strangers all around me.”

The size of Dell’s eyes on that night?