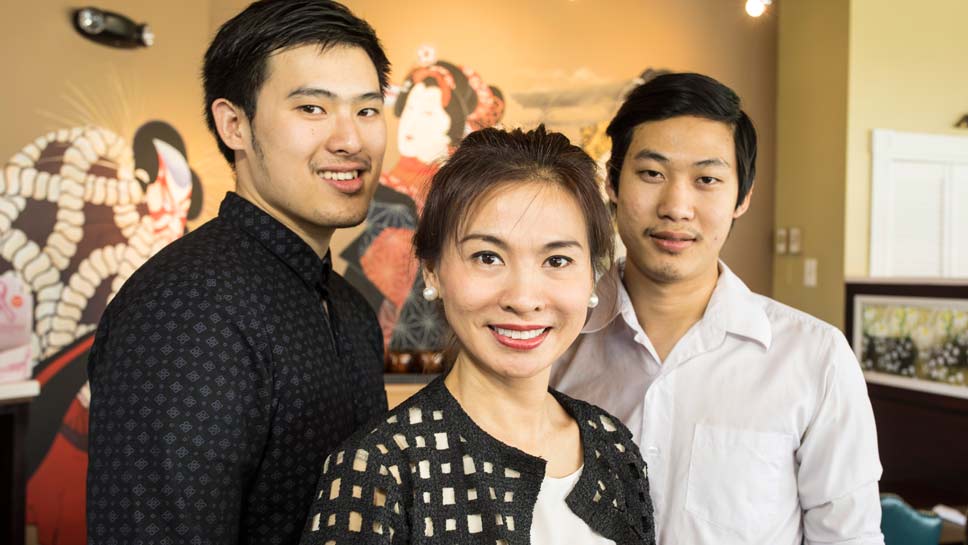 LAKE BLUFF — Arriving in Lake Bluff with her family nine years ago, Pasinee Sangsawang did not see any Thai or Japanese restaurants in the area, but she had an instinct people would love both cuisines.

A native of Thailand, Sangsawang liked the taste and healthy quality of her country’s food. She also traveled regularly to Japan and became enthralled with sushi and other elements of that country’s cuisine.

It did not take long after arriving in the village before Sangsawang organized the resources to open Bangkok Tokyo in the Lake Bluff shopping center on the southeast corner of Waukegan Road and Highway 176, which she still manages today.

Sangsawang said most people in Thailand call each other by nicknames.

“My teacher called me Pasinee Sangsawang, but to everyone else I was Kip,” said Sangsawang.

Knowing Thai cuisine all her life, it was a previous career that got her excited about Japanese tastes.

“When I was a flight attendant 20 years ago I went to Japan all the time,” said Sangsawang. “I loved the sushi. Once I moved here I wanted Thai and sushi.”

She has added other Japanese dishes such as tempura.

Part of what Sangsawang wanted to achieve was creation of a community gathering place where people would become friends. One way she helps create that atmosphere is with a weekday happy hour between 3 and 5 p.m. With a full bar, Sangsawang said she offers a different drink special each day as well as sushi and appetizers at half price.

“We want to give people a chance to try our food and give them a choice,” said Sangsawang. “A lot of people come in and try our happy hour. Then they become our customers and our friends. Everybody knows everybody.” 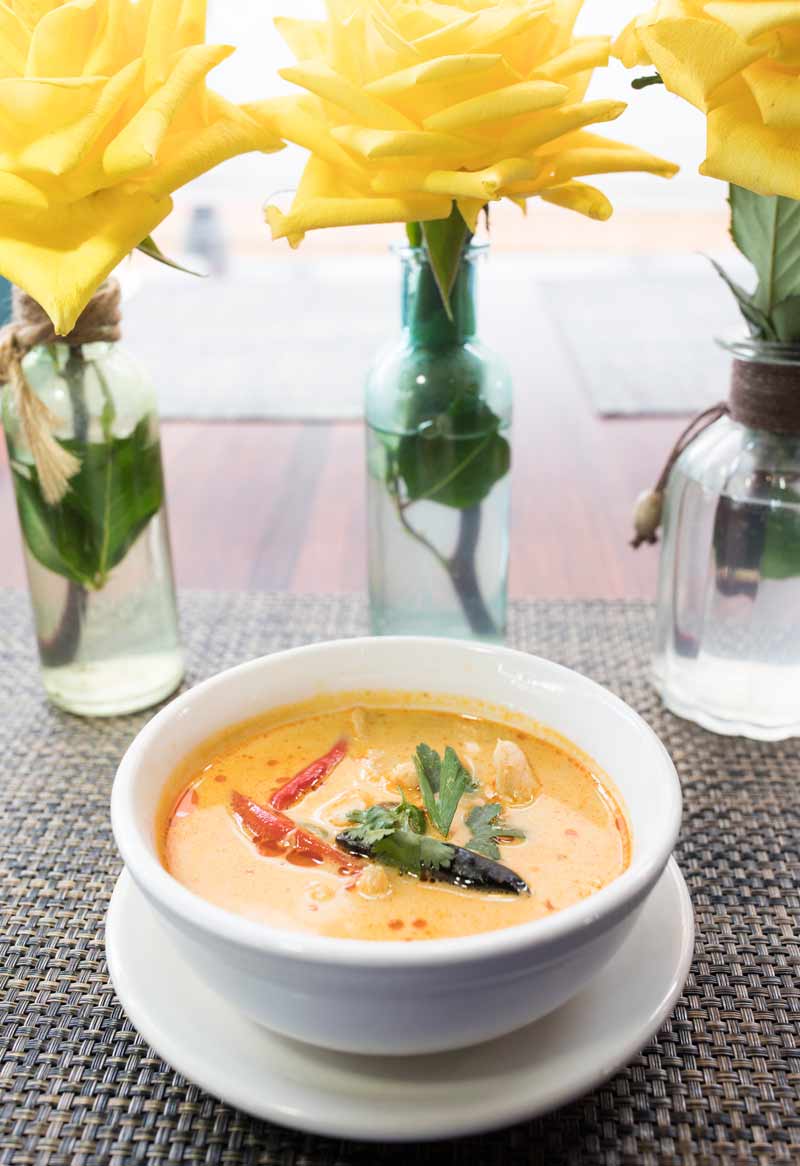 When DailyNorthShore.com asked Sangsawang to choose an ideal dinner for four of Thai food and another of Japanese, she did not hesitate. For Thai, she picked variety to let people experience all the flavors that go into the dishes.

Kip’s Choice
For Kip’s choice for a Thai meal for four, Sangsawang said she will bring Chicken Satay, Crab Rangoon and Coconut Shrimp, which is homemade, from the kitchen as appetizers.

“We take fresh shrimp and devein it, put it in a light batter and dip it in tempura mix” said Sangsawang. “We add some coconut flakes and deep fry it. We season it with mango and orange.” 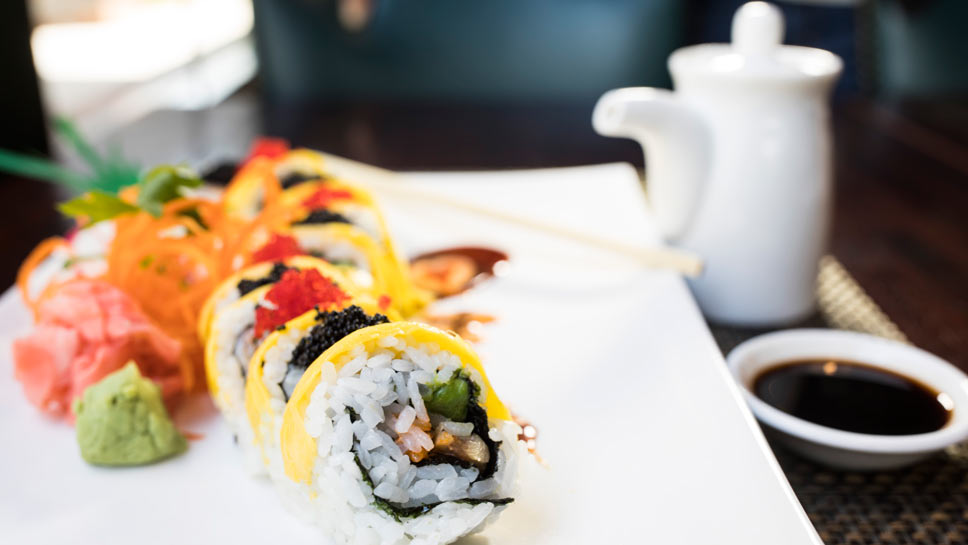 The Mango Tango Maki at Bangkok Tokyo in Lake Bluff

Chicken Satay is added because it is a very traditional Thai appetizer served on a skewer for dipping in a peanut sauce.

Kip’s choice for three main courses includes curry, which can be chicken, beef, shrimp, pork or tofu. She also will bring a stir-fry where the vegetables and protein come with some traditional Thai flavoring, including coconut milk.

“So much Southeast Asian food is made with coconut milk,” said Sangsawang.

The final main course Sangsawang said is one of the most traditional—Pad Thai. It is a noodle offering, another staple of Southeast Asian food. The flavoring is what makes it unique.

“We can make it a little spicy on request,” said Sangsawang. “Then you have sweet, sour, salt and spice—every flavor in one dish.”

When it comes to a Japanese selection, Sangsawang said it would contain a lot of raw fish going back to her love for sushi. She said she would have the chef get creative with combinations of sashimi, sushi and maki.

For people who want a sampling of variety they can order a Bento Box. Sangsawang said it puts a number of choices on a plate, which can be Thai, Japanese or a combination of both. She said they are popular for carry out orders. 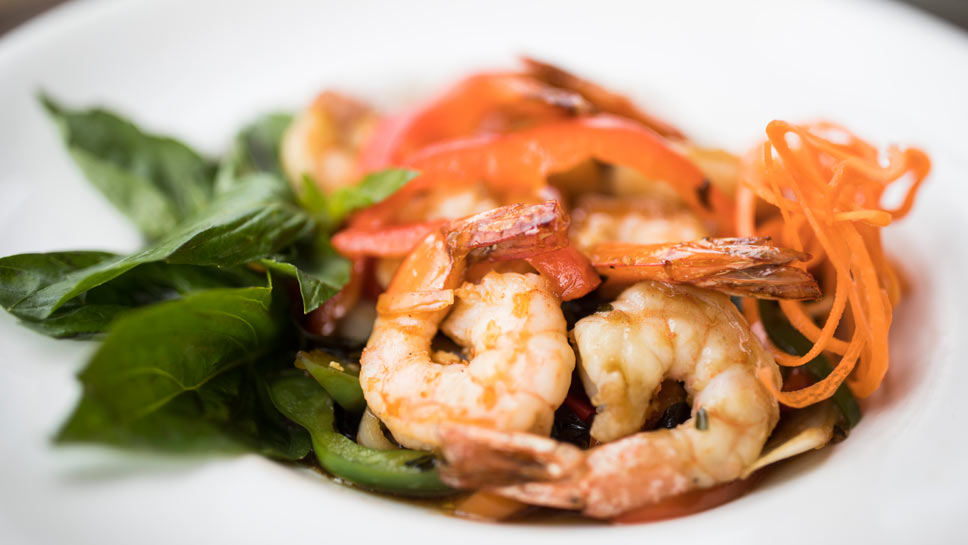 Spicy Basil with shrimp at Bangkok Tokyo in Lake Bluff 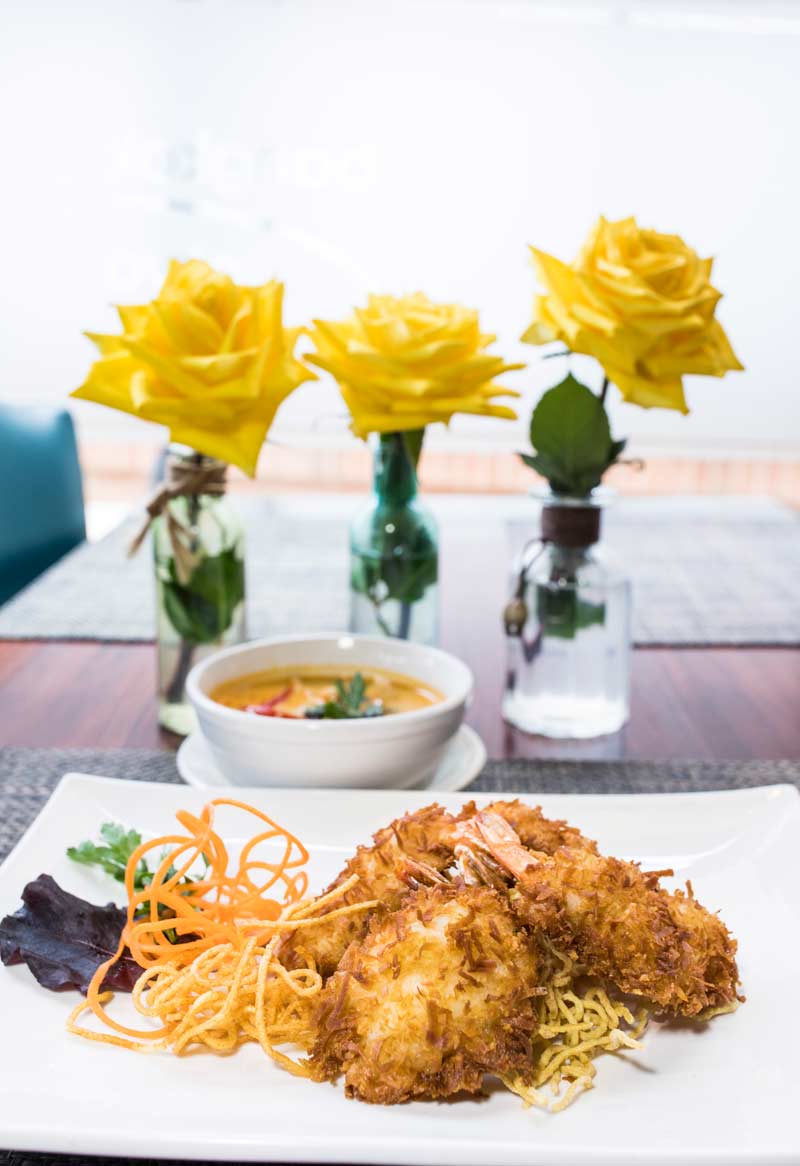