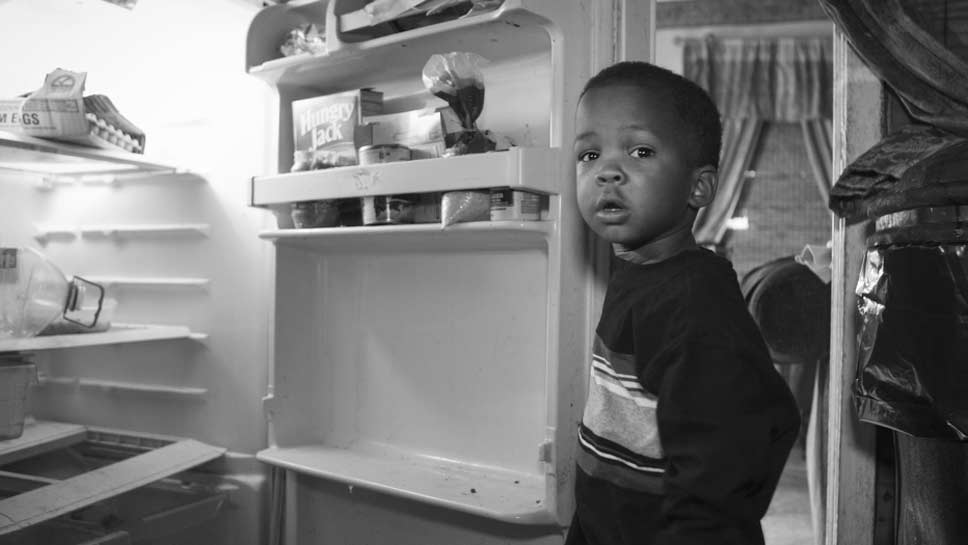 GLENCOE – North Shore Congregation Israel is proud to host “This Is Hunger,” a national touring exhibit that will be in Glencoe from June 12 to June 15, 2017. This first-of-its-kind, free exhibit will bring participants face to face with the stark realities of hunger through state-of-the-art storytelling techniques and interactive elements.

To raise awareness about the prevalence of hunger locally and around the country, North Shore Congregation Israel partnered with MAZON: A Jewish Response to Hunger to bring “This Is Hunger” to a local audience. The exhibit features black and white portraits by an internationally renowned photojournalist and the stories of dozens of Americans who have had difficulty putting enough nutritious food on the table each day.

“This Is Hunger” is housed in a 53-foot- long double expandable semi-trailer that, when parked and opened on both sides, provides nearly 1,000 square feet of exhibit space. The exhibit is on a 10-month national tour that is stopping in more than 30 cities across the country.

About This Is Hunger