New Trier’s girls soccer team came up just short of a four-peat, when the Trevians fell to Barrington in the Class 3A state title game on June 3 at North Central College in Naperville. After playing 100 minutes of scoreless soccer, Barrington took home the first-place trophy on penalty kicks (3-0). The Trevians claimed state titles in 2014, 2015 and 2016. Photographer Joel Lerner caught the action. 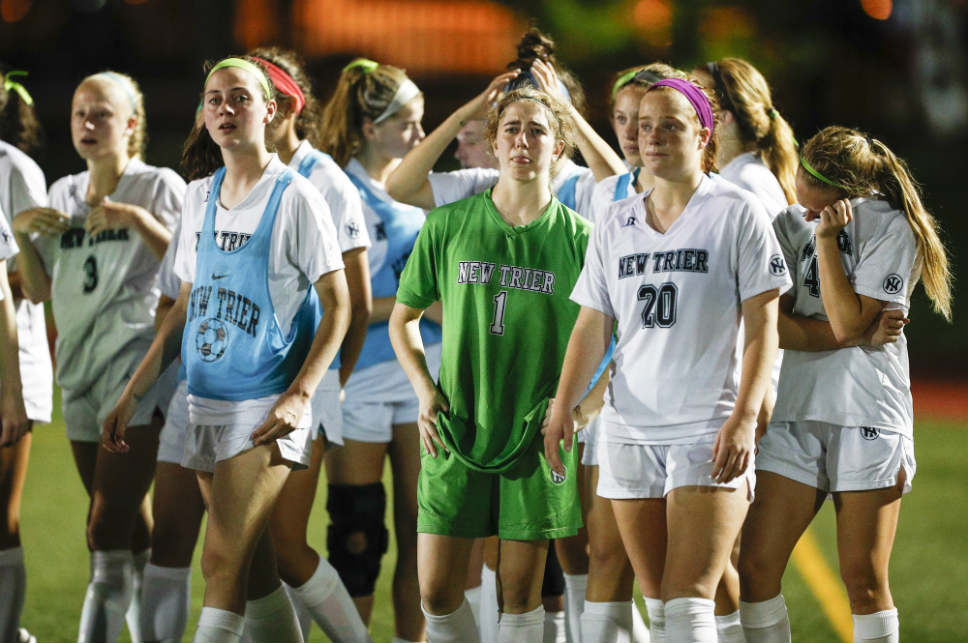 Members of the New Trier girls soccer team react to their loss in the championship game of the Class 3A state tournament on June 3. 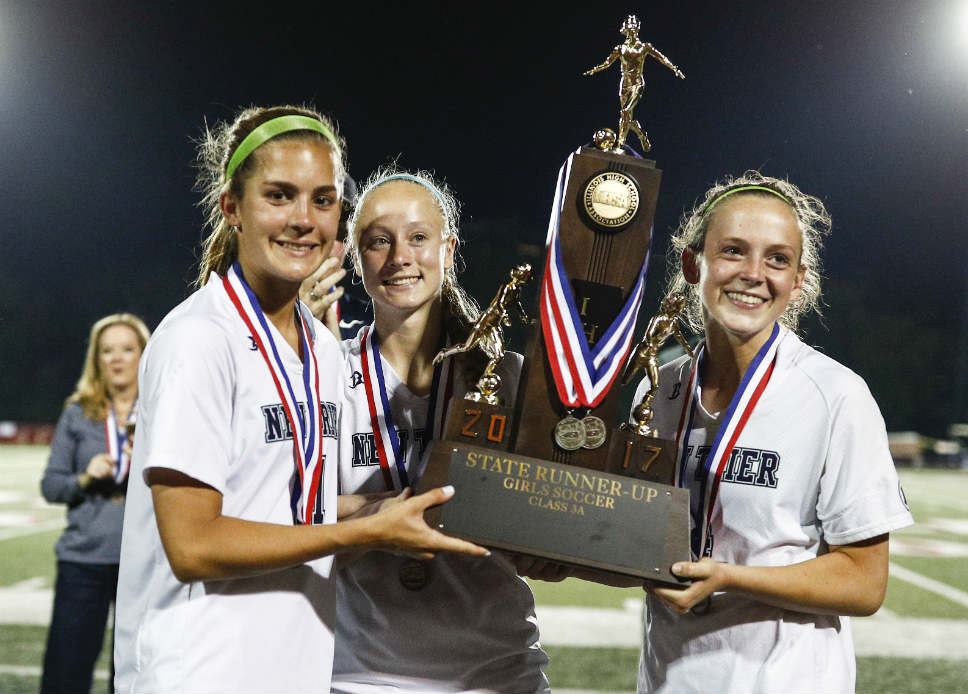 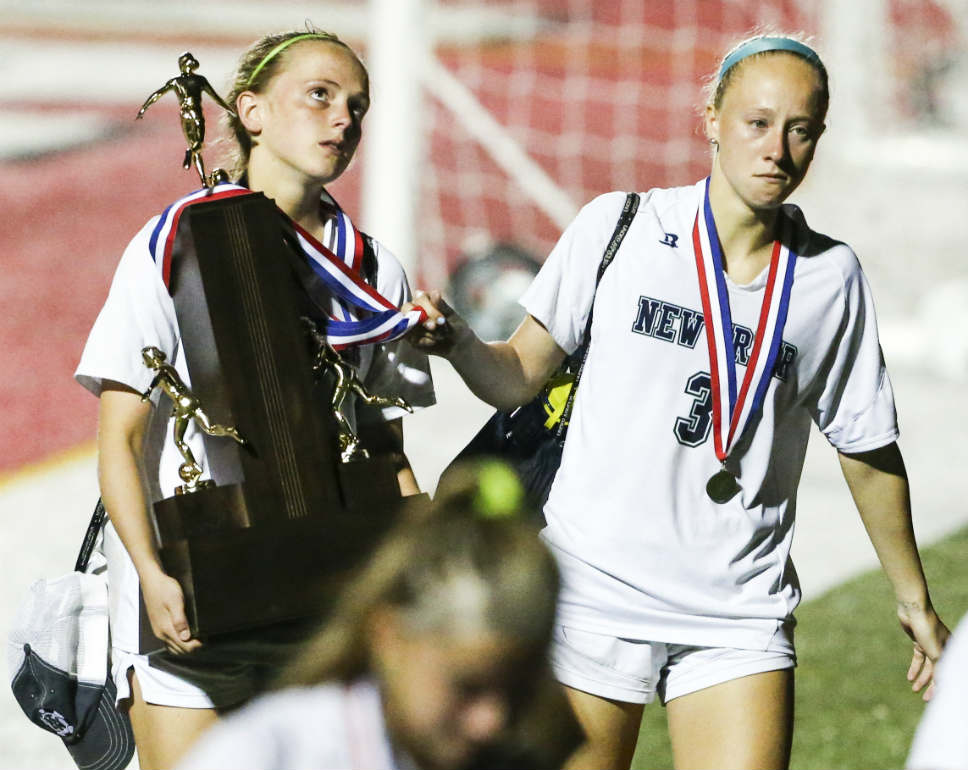 Megan Murdoch (left) and Avery Schuldt with the trophy. 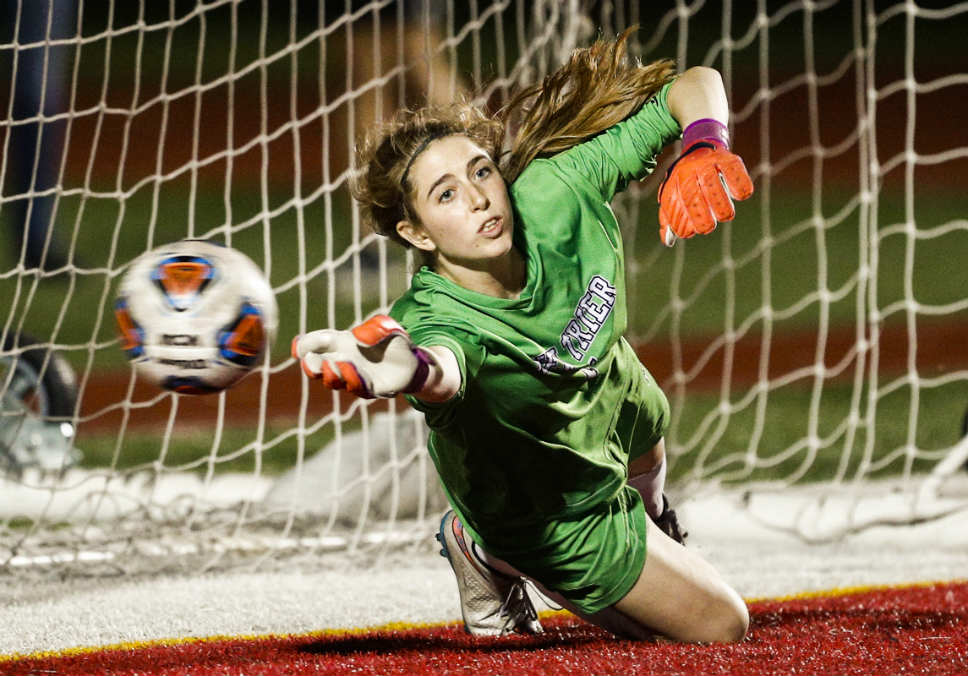 Senior goalie Katy Symanietz tries to make a save in the penalty-kick shootout. 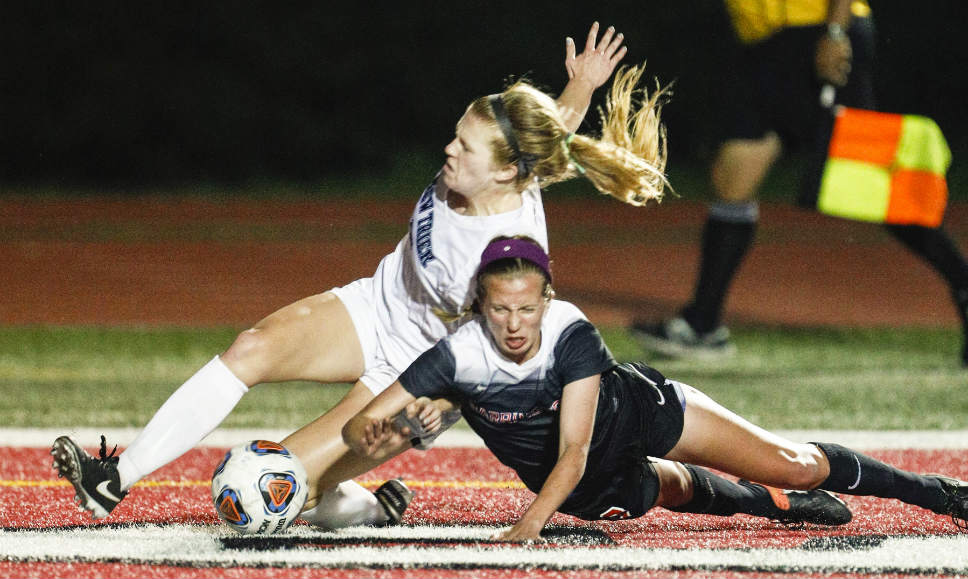 Hannah Arment (white jersey) is pulled down by Barriington’s Madi Rosen with 1:40 left in the second overtime, setting up a New Trier penalty kick. 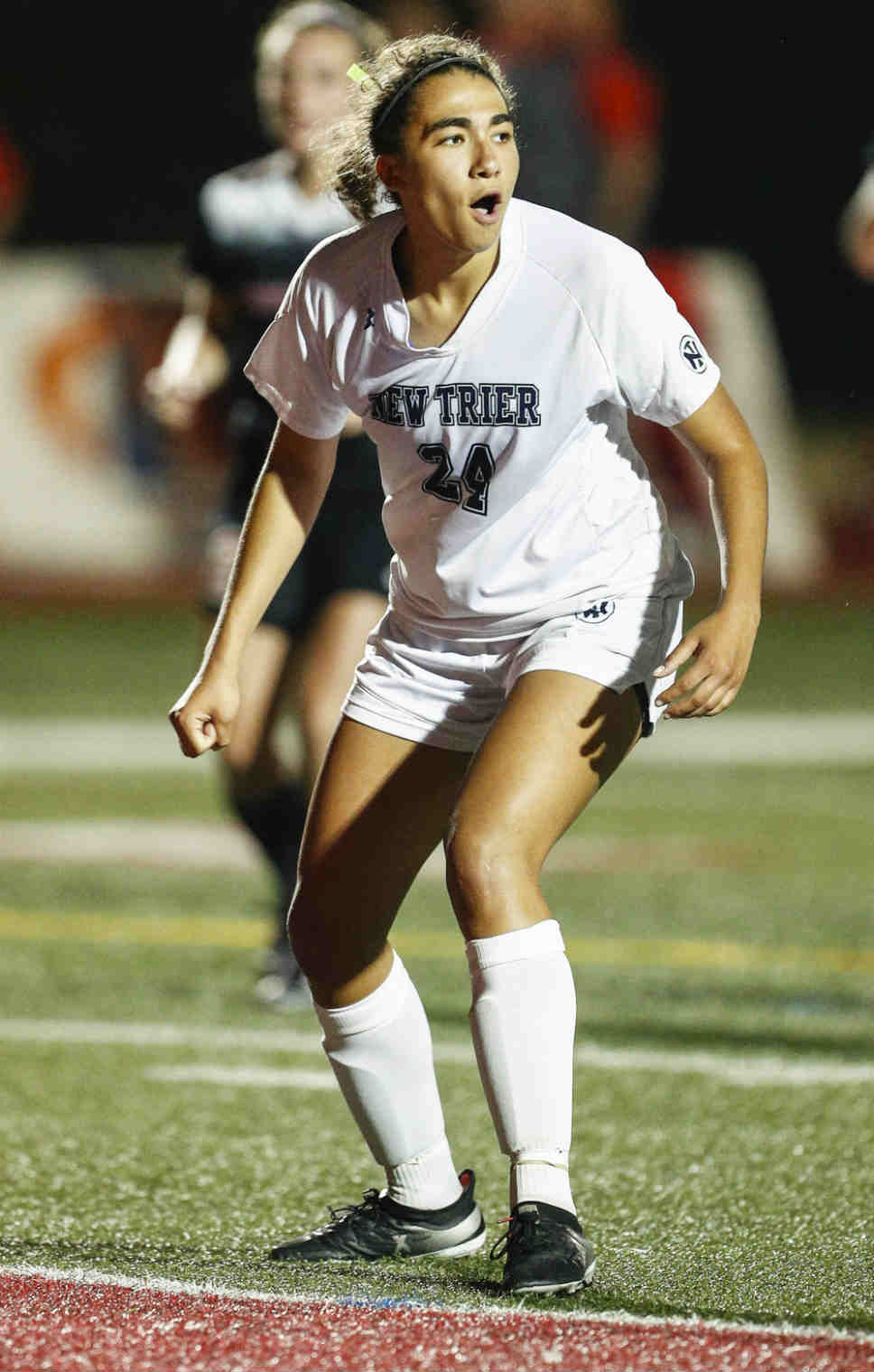 Junior Sydney Parker has the look of disbelief after missing a PK attempt in overtime. 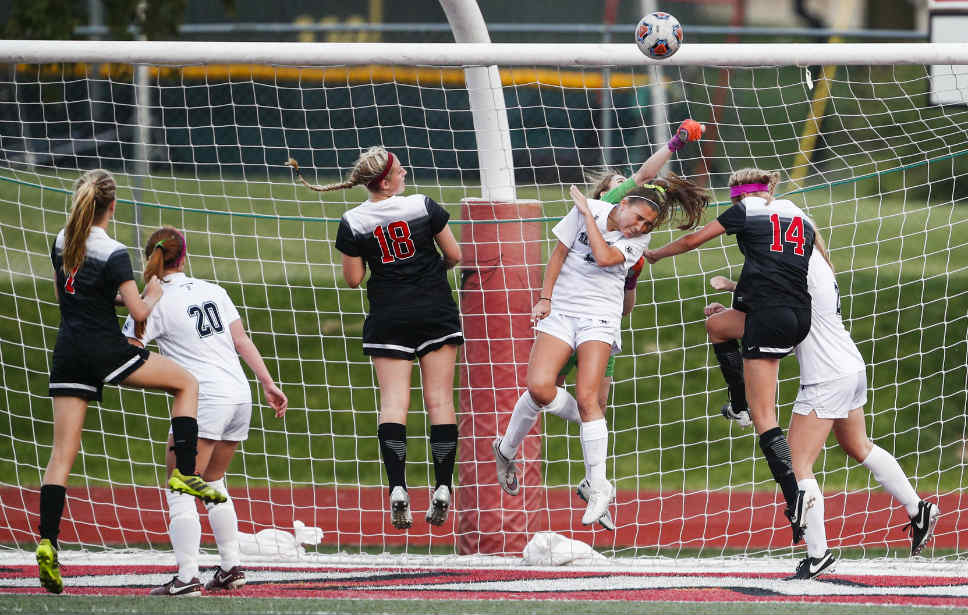 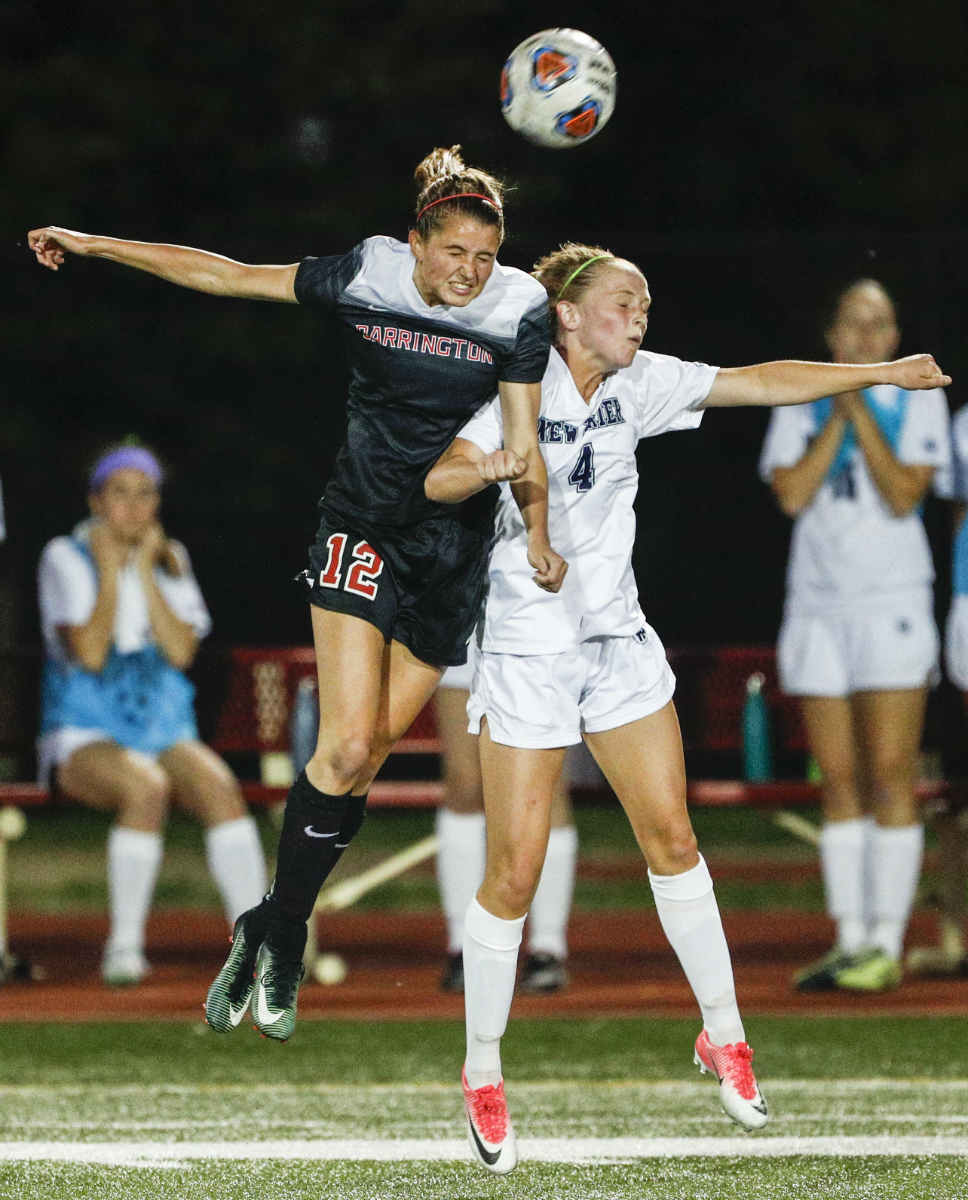 Barrington’s Ashey Prell (No. 12) and Megan Murdoch take part in a head-to-head battle. 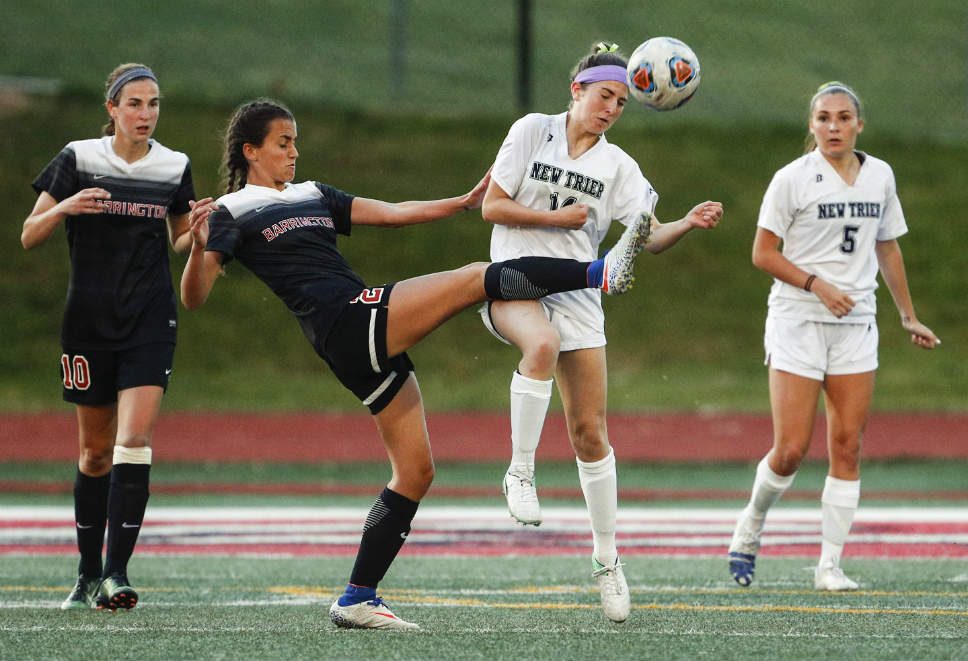 With Barrington’s Anna Brodjian (No. 10) and NT’s Caroline Iserloth (No. 5) looking on, Barrington’s Sydney Bowling high-kicks the ball past NT’s Meredith Nassar. 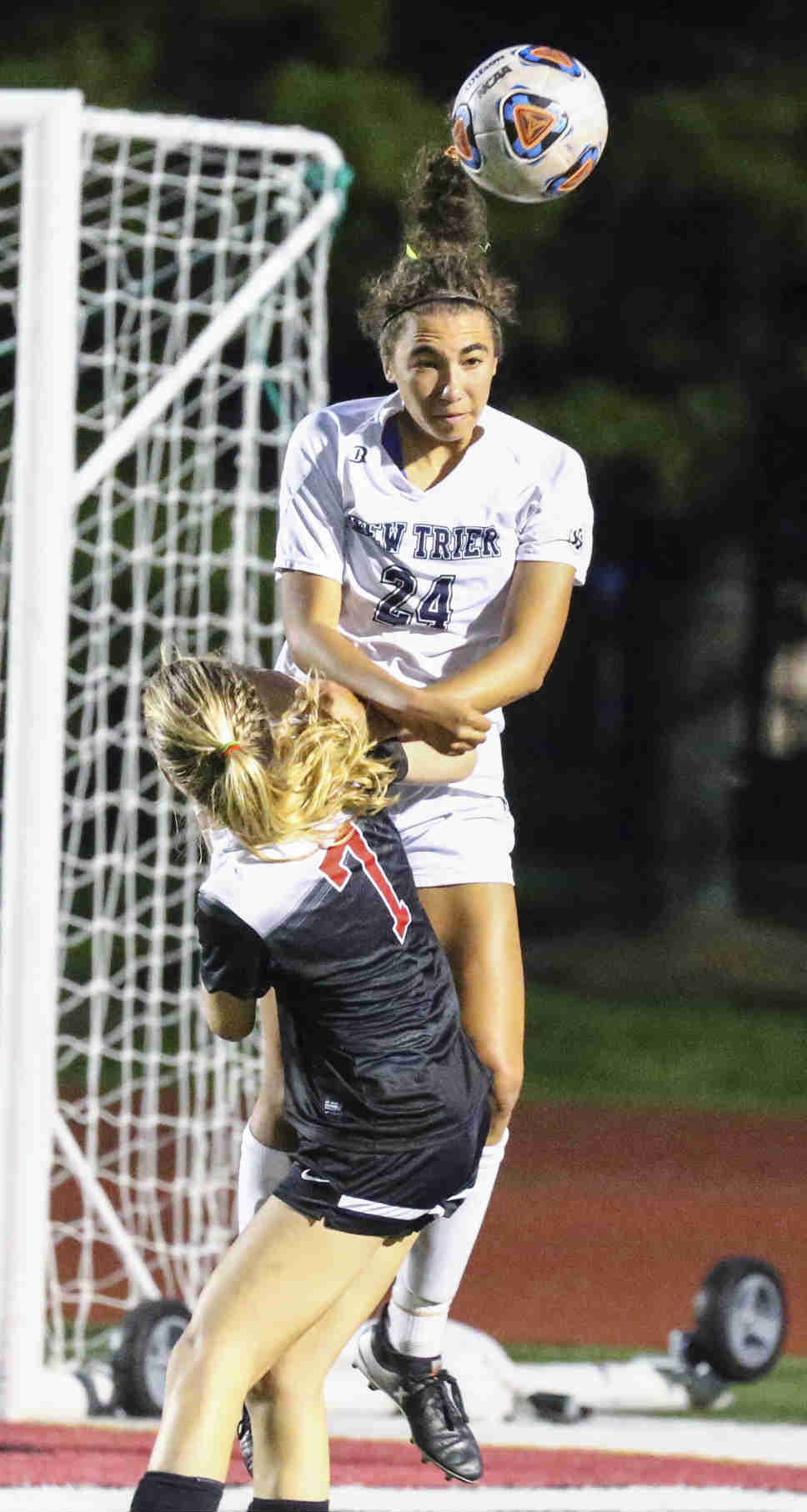 Sydney Parker of the Trevians heads the ball away from the NT goal. 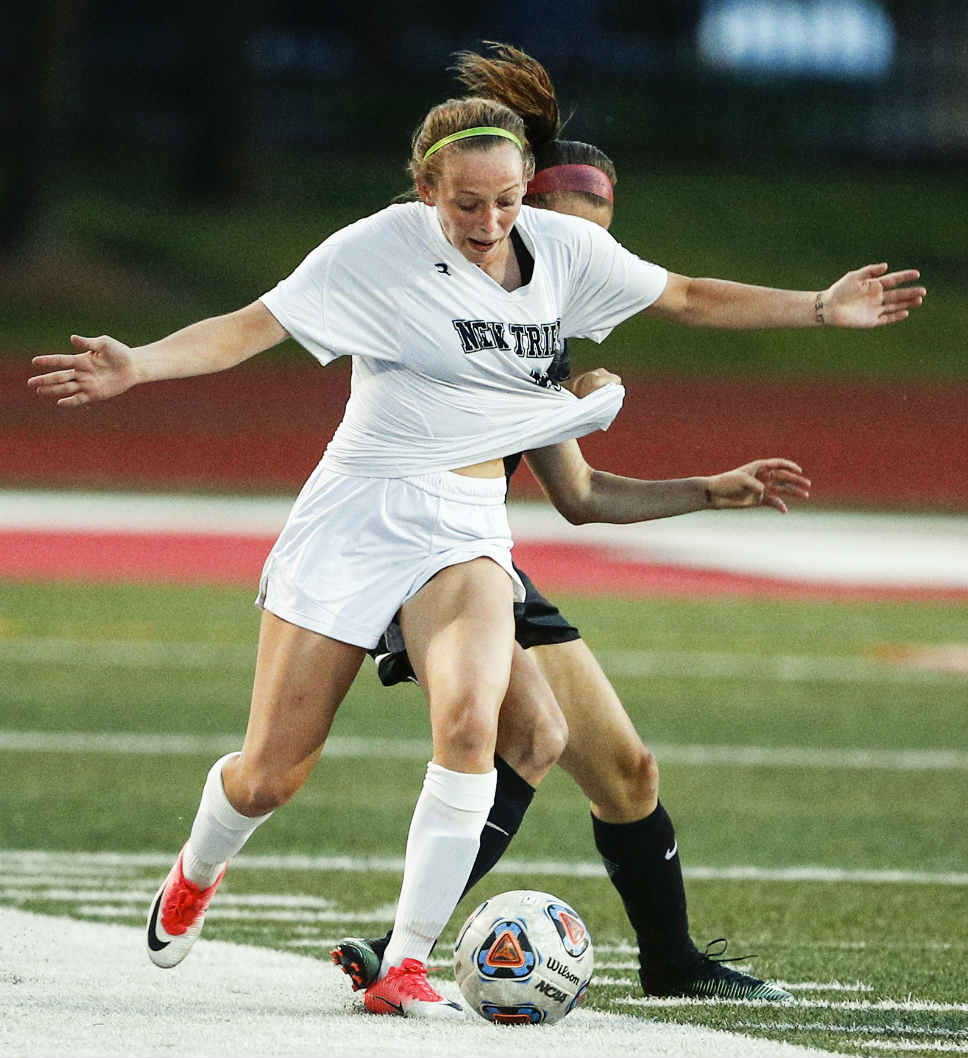 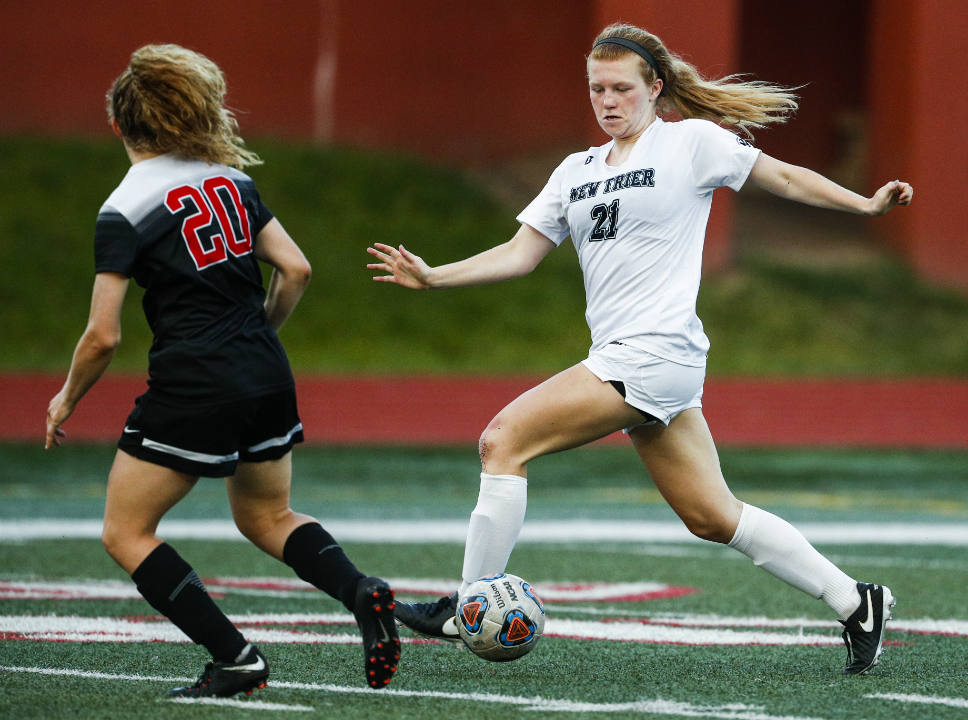 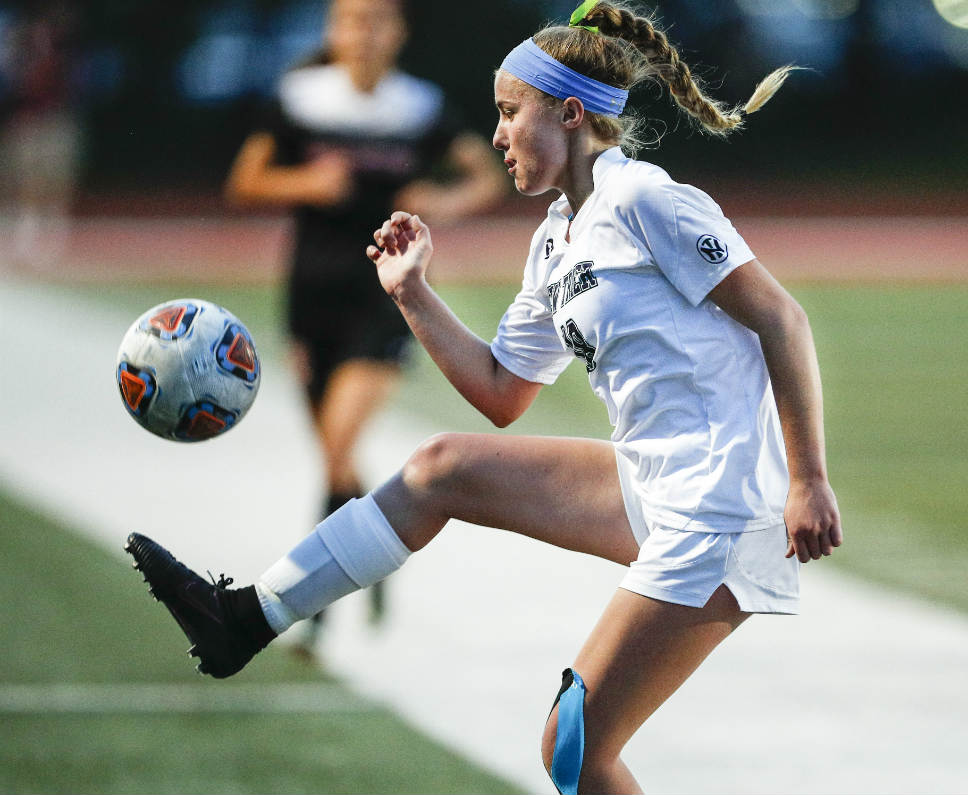 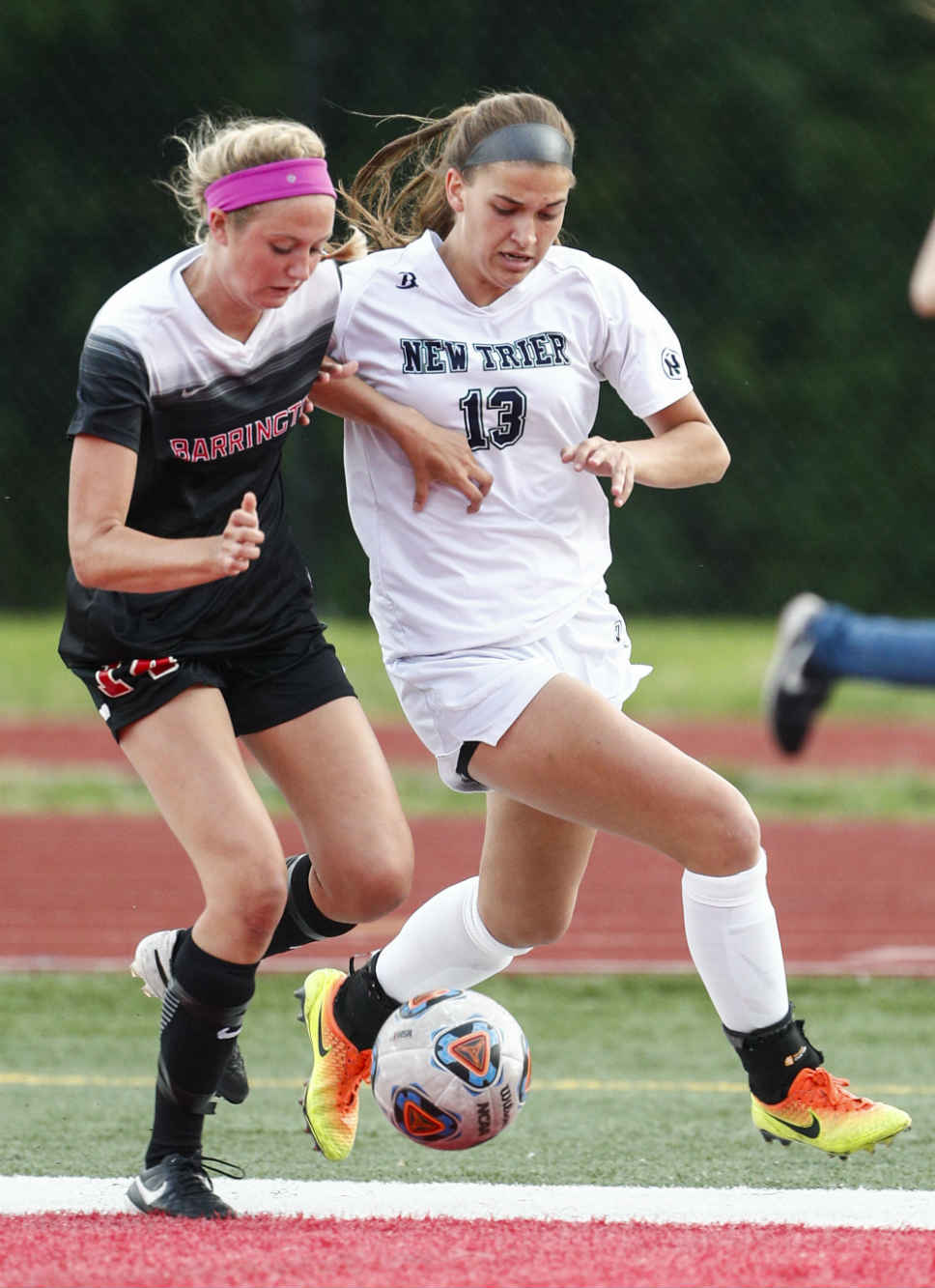 NT’s Nicole Kaspi (No 13) mixes it up with Barrington’s Kayla Keck. 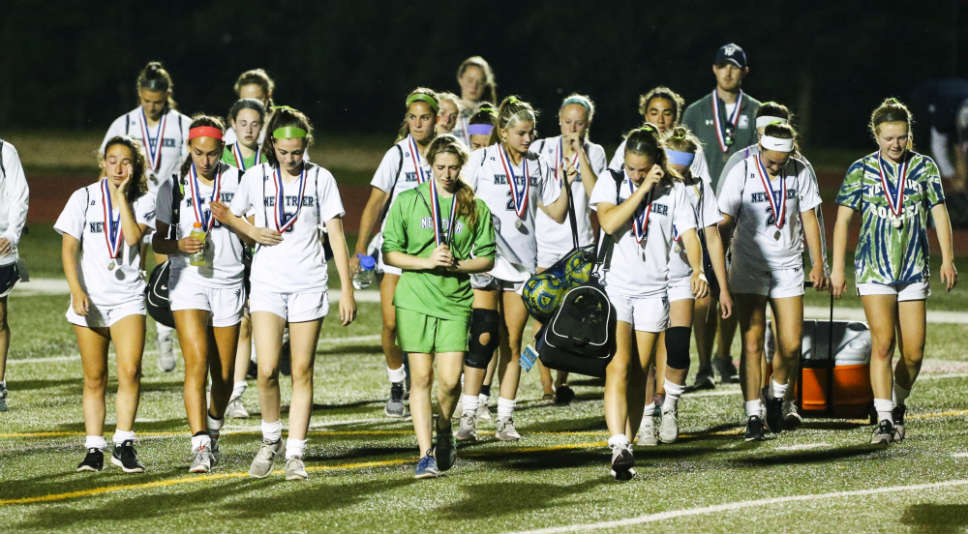 The Trevians leave the field.