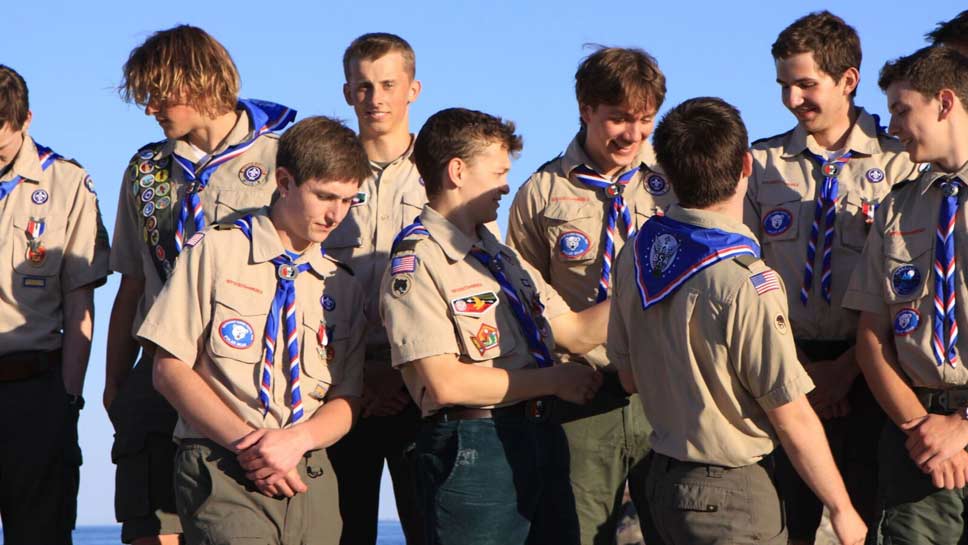 The troop gets ready to pose for photos at Forest Park Beach in Lake Forest on June 1. Photos courtesy of Martha Zeeman 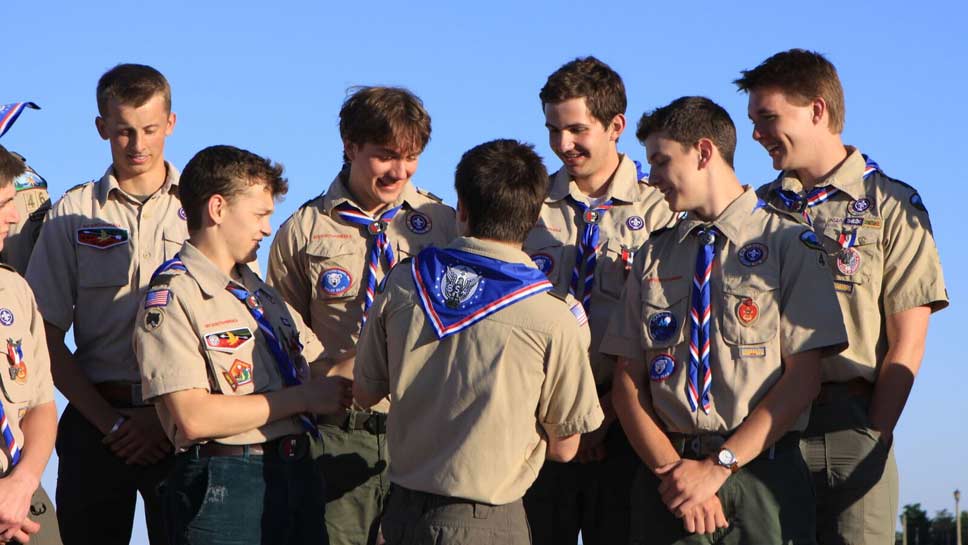 For Lake Forest Boy Scout Troop 46 the number is 100 percent for those who will graduate high school this year.

All 17 Eagle Scouts from Troop 46 who are part of the Class of 2017 gathered at the Lake Forest Beach June 1 to reminisce about their time in Scouting and talk about their friendship.

Richard Walther, Scoutmaster for Troop 46, said the number of young men who become Eagle Scouts is four percent nationally, but it has been higher in Lake Forest. He said 11 Eagles were awarded in 2014 and 13 in 2007.

Walther, the parents and Scouts all credit each other for the success, but the common thread from all of them is friendship. For some of the Eagle Scouts such as John Zeeman, who will attend Northwestern University in the fall, the journey started with six others when they were at Everett Elementary School.

“Seven of us started early together as Cub Scouts in the same elementary school. We went to all the camp outs together and everything else,” said Zeeman. “Come sophomore or junior year I realized all I needed was my service project,” he added referring to a major requirement of Eagle Scouts.

Martha Zeeman, John Zeeman’s mother, said Walther had a lot to do with the growth of the young men into Eagle Scouts. She said he taught leadership skills and created a good environment.

“It’s because of him,” said Martha Zeeman. “He was a great part of the boys all sticking together. They have close friendships.”

Walther said part of the reason for the success is the way senior Scouts help younger ones along as well as the bonds of friendship they develop.

“The older boys mentor the younger ones,” said Walther. “The friendships they formed helped them overcome all the challenges teens face like sports, cars and jobs to stick together.”

Another reason the troop members say the entire group of high school seniors earned their Eagle Scout designation was how they assisted each other, according to Spencer Oakley. He will go to Colorado State University in the fall.

“Everyone helped each other make it through,” said Oakley. “We thought if he can make it then I can make it.”

Along with earning merit badges and the comradery of Scouting, each Eagle Scout candidate is required to identify a need in the community and organize an effort to meet the need, according to Walther.

The 17 projects ranged from building boardwalks at Lake Forest Open Lands to refurbishing a club room at the Boys and Girls Clubs of Lake County in Waukegan, according to information from the Northeast Illinois Council of the Boy Scouts provided by Martha Zeeman. She said there were 2,626 service hours generated on the 16 efforts.

The first Scout to complete his project was Peter Crawford. He finished building a heated shelter for an abused alligator at the Wildlife Discovery Center early in his junior year of high school on November 14, 2015.

Crawford, who will study at Eckerd College in St. Petersburg, Fla., in the fall, works at the center and wants to make a career in wildlife biology. The center took in the alligator after it was found in a home in bad shape. He got help building the shelter from John Zeeman, Oakley and Van Staunton.

Staunton, who plans to attend New York University, said his project was building a 55-foot boardwalk over a marsh at Lake Forest Open Lands. Much of the wood came from ash trees killed in the preserve by the emerald ash borer beetle.

Crawford said he pitched in on Staunton’s project. He helped cut the wood and lay some of the planks in the marsh.

“We got really muddy,” said Crawford. 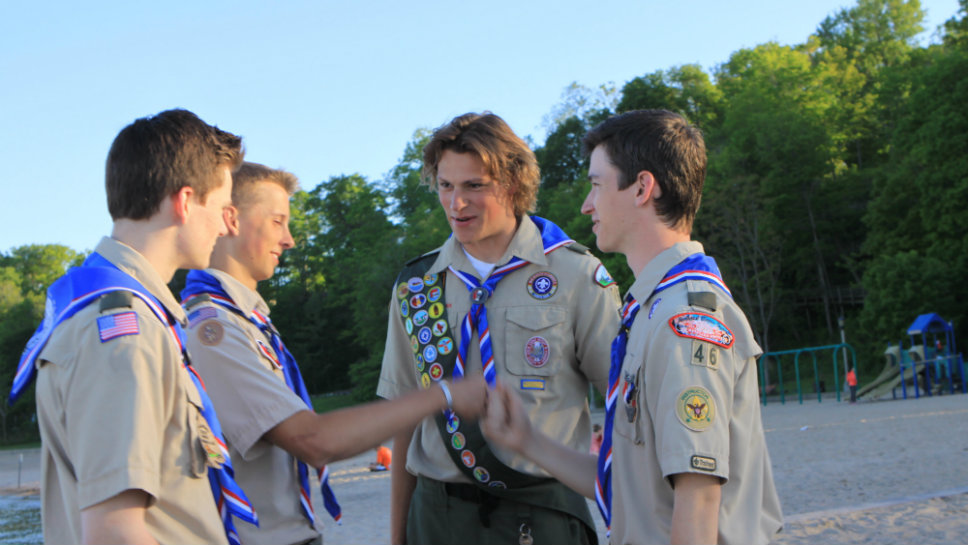 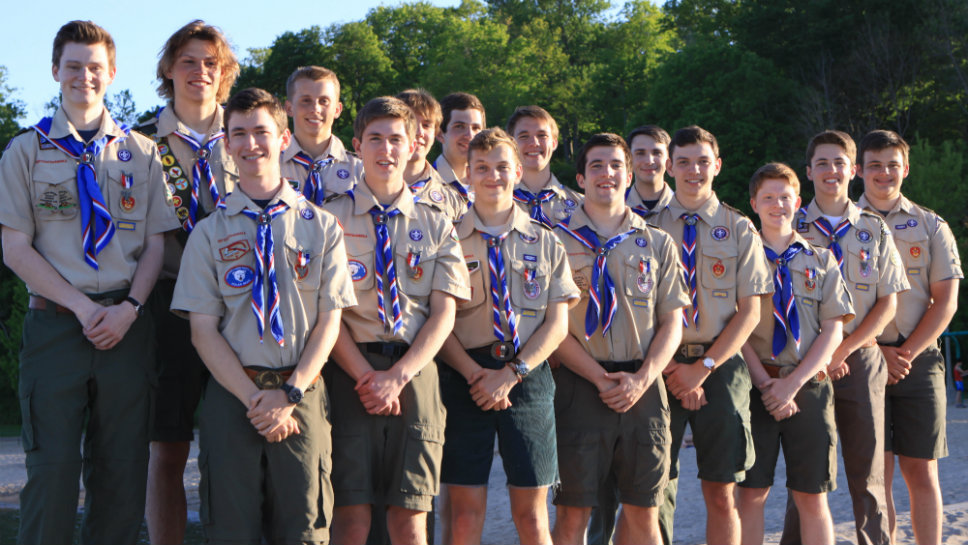 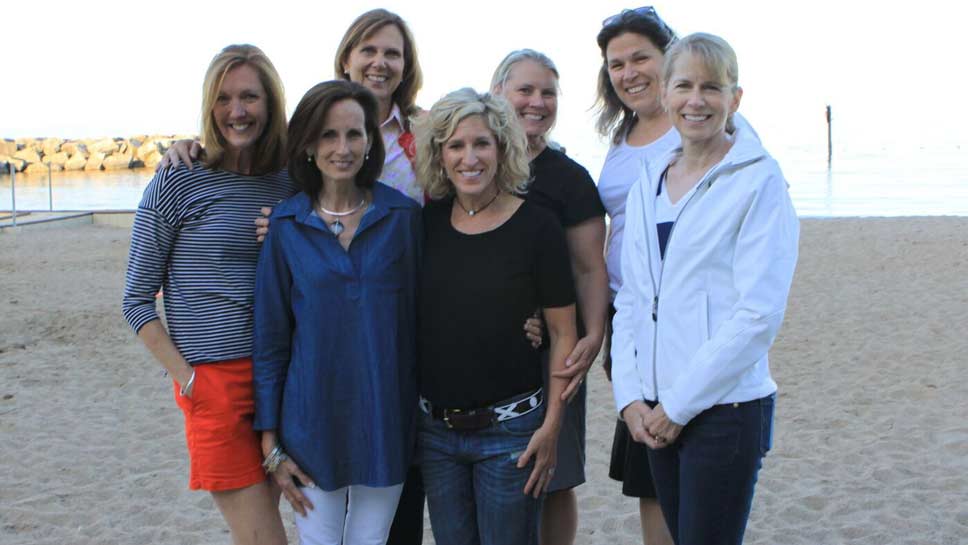