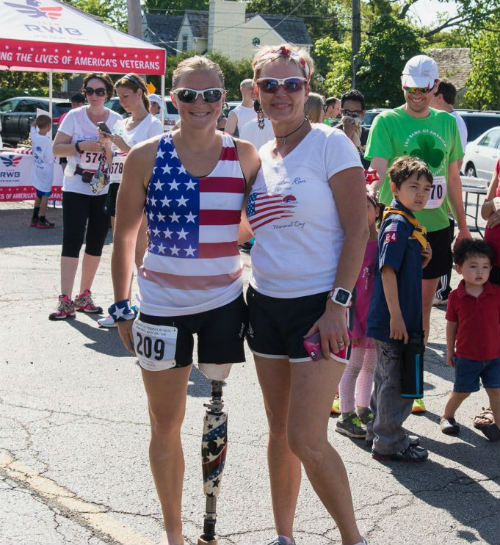 DEERFIELD – The sounds of Rolling Thunder will help rev up the crowds at the Essence of Freedom Run on Monday, May 29, Memorial Day.

“Rolling Thunder is a motorcycle awareness group for POW’s (Prisoners of War) and MIA’s (Missing in Action), and soldiers that have not been found yet,” said Marilee Papale, the founder of Support Our Soldiers (S.O.S.) Freedom, Inc. “Many of the members of Rolling Thunder are veterans who do a huge turnout in Washington, D.C., on Memorial Day, but several of them will ride their Harleys, and the runners will run behind them.”

Papale explained that the Essence of Freedom Run 5k/10k began on Memorial Day four years ago to support Illinois and Lake County veterans. It became a non-profit organization called S.O.S Freedom two years ago, reaching out across the country to bring more donations to the Illinois Veteran Assistance organizations.

Additionally, SOS Freedom donates nationally to Operation Homefront and Fisher House, which are military supporting companies that provide housing to families that are visiting soldiers or veterans who have been injured, said Papale.

The fact that so many veterans, especially from the Vietnam War, suffer from Post Traumatic Stress Disorder (PTSD) inspired Papale to create the Essence of Freedom Run and S.O.S Freedom.

“I wanted to give assistance to things that the military won’t help with,” said Papale. “They can’t help if retired veterans need help with their rent, medications or glasses. These are the kind of things they can come to us for and we help them fill out their applications and go from there.

“Not only do we help veterans, but we help active duty, just because we want to be able to do the things that the military isn’t helping them with, and we’re doing it on the outside.”

Papale is no stranger to the military. Her husband, David Shipman, served in the United States Air Force as a Lieutenant Colonel A-10 Fighter Pilot from 1983 to 2004, and her brother did nine tours in the U.S. Army and is in the National Guard. Her older son will be graduating this year from Deerfield High School, while her younger son is a sophomore who would like to attend the Air Force Academy. The family moved to Deerfield from Colorado in 2005.

Papale said that throughout the years, there has been a lot of participation from Deerfield High School.

“Yesterday we had the DHS lacrosse team here making signs and passing things out, and we have four high school graduates that are going into the marines that will be running the race,” she said.

Papale explained that the Essence of Freedom Run had 400 runners and about 600 spectators and volunteers in 2016. The event was followed by a parade, which will be reprised.

“The American Legion has a Memorial Day parade that marches down to the cemetery and then they do the 21-gun salute and Taps to honor all of the soldiers in the cemetery,” she added.

“We are a charity for the Marine Corps Marathon, which is very difficult to get into,” she said. “It’s a lottery system and it closes rather quickly. The Marine Corps Marathon approved us for 40 bibs, which means that 40 people can raise money for us and our S.O.S Freedom. We’re hoping between these two races this year, we’ll meet our $50,000.”

Registration for the The Essence of Freedom Run will close on May 27 at noon. Race day registration will also be available. The top two finishers in each age category win a medal and the top male and female winner in each distance category (5k and 10k) receive a plaque. Papale added that pets are not allowed for insurance purposes.

The Essence of Freedom Run will take place on Memorial Day, May 29, from 7:45 a.m. to 10 a.m. at Essence Pilates studio at 849 Waukegan Road, Deerfield. Papale’s studio is located on the northeast section of Deerfield Road on Waukegan and the race will be held on the streets of Deerfield. Volunteers are still needed. For more information visit: essenceoffreedomrun.com. 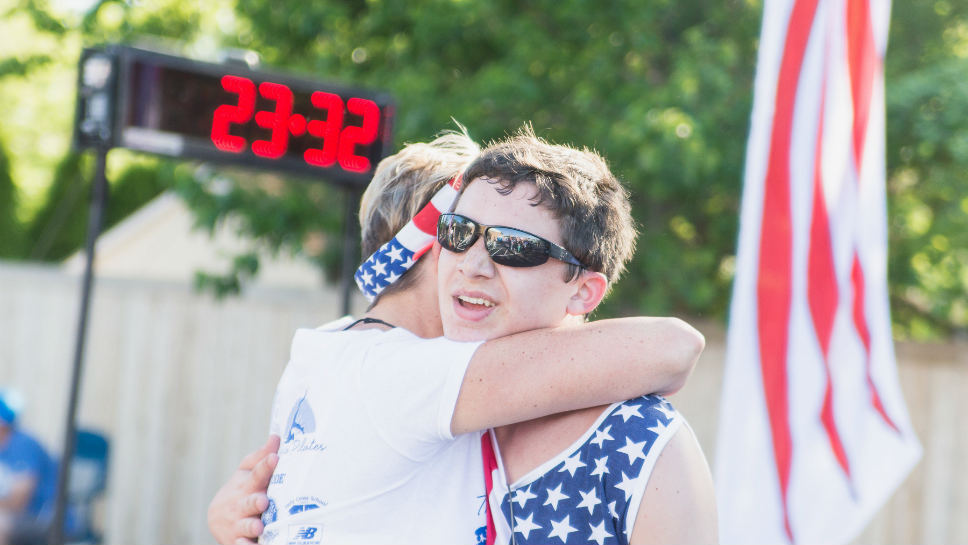 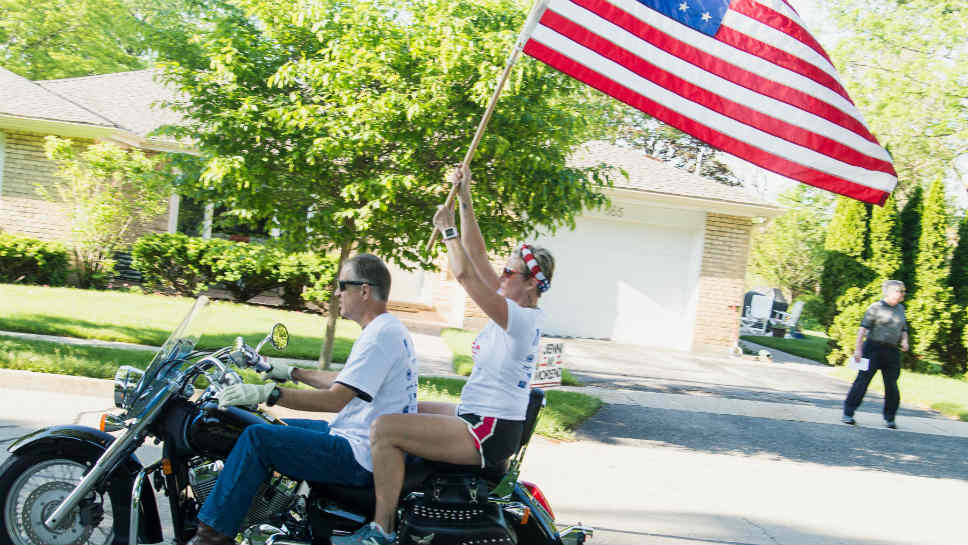