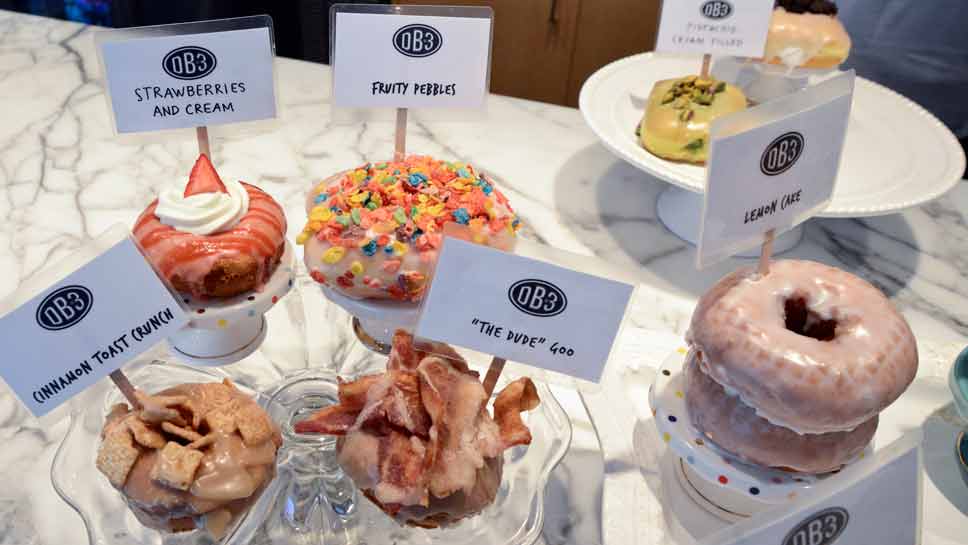 If you are going to have a donut, why not make it a fresh one? That philosophy is the guiding principle of DB3 Donuts, a small donut shop in Evanston.

“Our goal is to be the freshest donut you will ever have,” Robert LaPata, one of the owners of DB3 Donuts told DailyNorthShore.

DB3 Donuts opened a year ago April in a storefront on Central Avenue adjacent to the popular Ten Mile House restaurant. That’s no coincidence. LaPata and his two business partners, Joe Krouse and Frederic Gale, also own Ten Mile House and originally decided to lease the neighboring storefront for additional storage.

At first, the space served as a private dining room — something Ten Mile House customers were requesting — as well as overflow and additional storage for the restaurant. But they noticed that at times the space was sitting vacant and seemed to be underutilized. They discussed how to better use the space.

“What can we do to enhance it? We came up with donuts because we knew it wouldn’t cannibalize Ten Mile House and it is something that is just fun,” LaPata explained.

And donut shops have been on trend in Chicago over the past few years. “We saw the success that (donut) places were having in the city and nothing like that had opened on the North Shore,” LaPata remarked.

DB3 Donuts is open for business on weekends only, serving small-batch, gourmet donuts. Given the limited hours, LaPata said they see the shop as almost a pop-up restaurant.

What LaPata loves best about DB3 Donuts is that the shop has become a special treat for parents who want to take a break from busy schedules and spend some one-on-one time with their children. 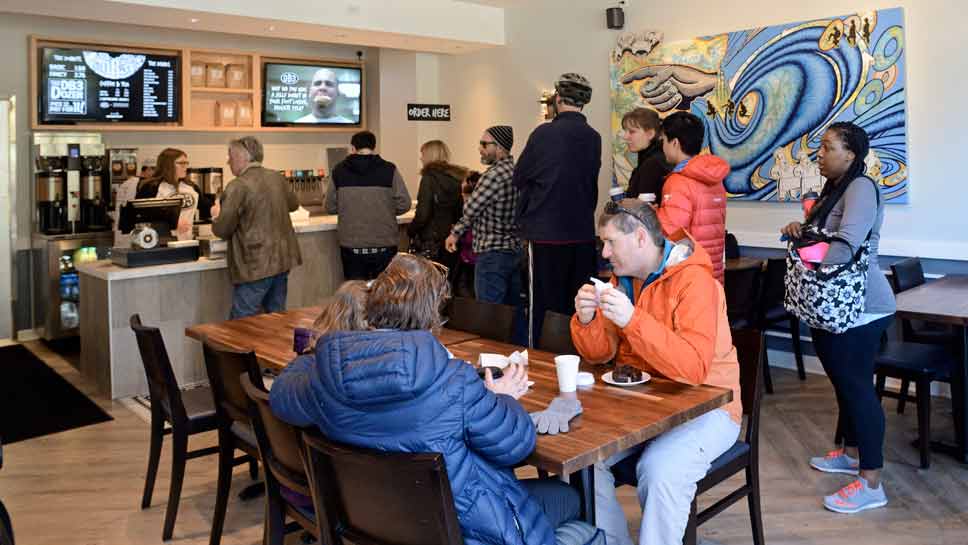 Everyone loves a donut: DB3 Donuts is open on weekends only. PHOTOGRAPHY BY JOEL PFOERTNER

The pastry chef at DB3 Donuts makes small batches of donuts throughout the day, instead of making a large batch in the morning. This system means that most customers choose from an assortment of warm donuts.

One of the most popular offerings is called The Dude, a maple-cinnamon-sugar donut topped with a bourbon-maple glaze, applewood bacon and more cinnamon sugar.

Also popular is a yeast donut with a salted caramel pastry cream filling that is topped with chocolate glaze and salted caramel and pearl sugar. The shop usually offers about 10 standard varieties and five to six chef specials.

“Their coffee is fantastic,” he said.

“We would love to open other locations and are always looking but it has to the right opportunity,” he said.

As for the name DB3? Three business partners, a.k.a., three donut boys. 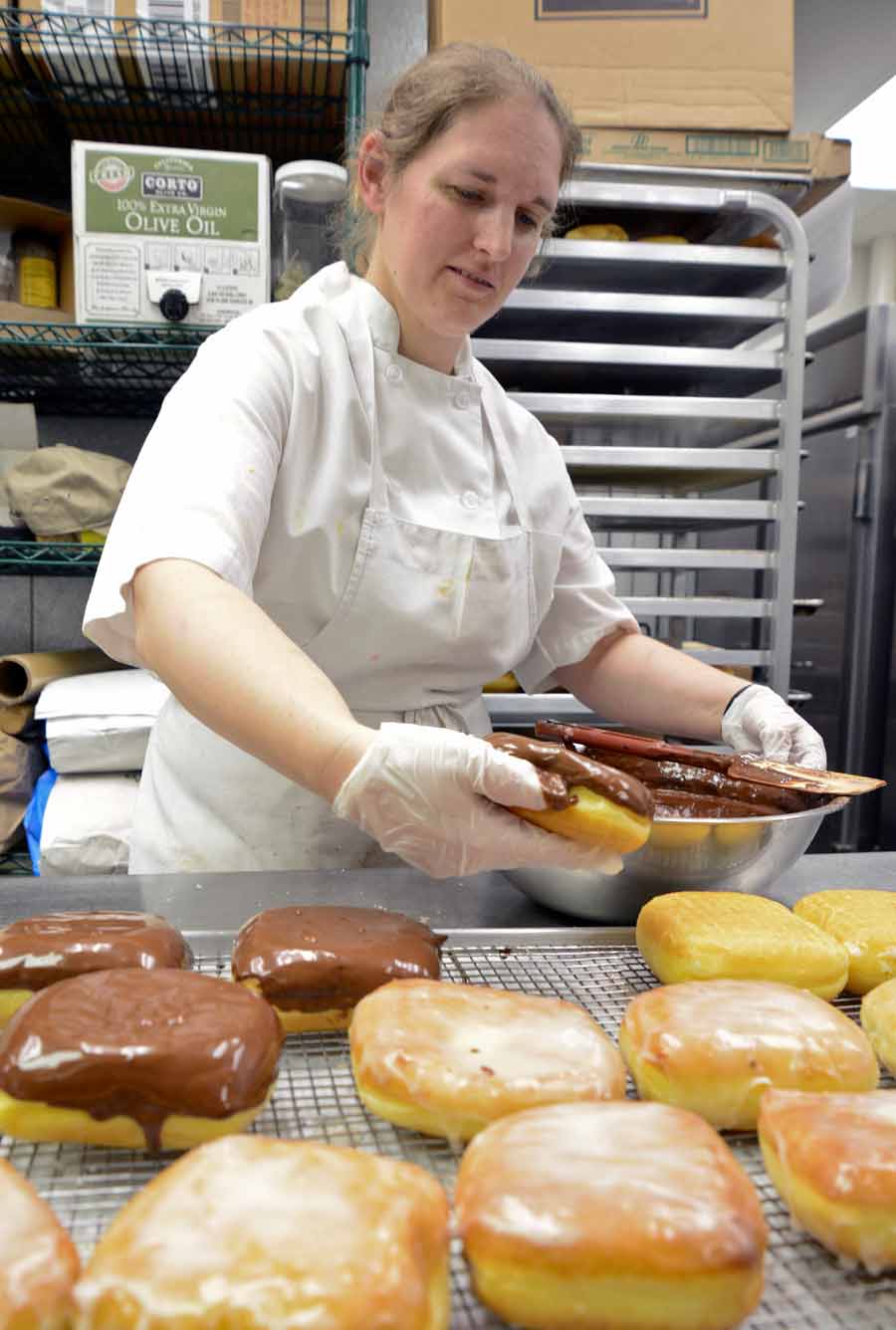