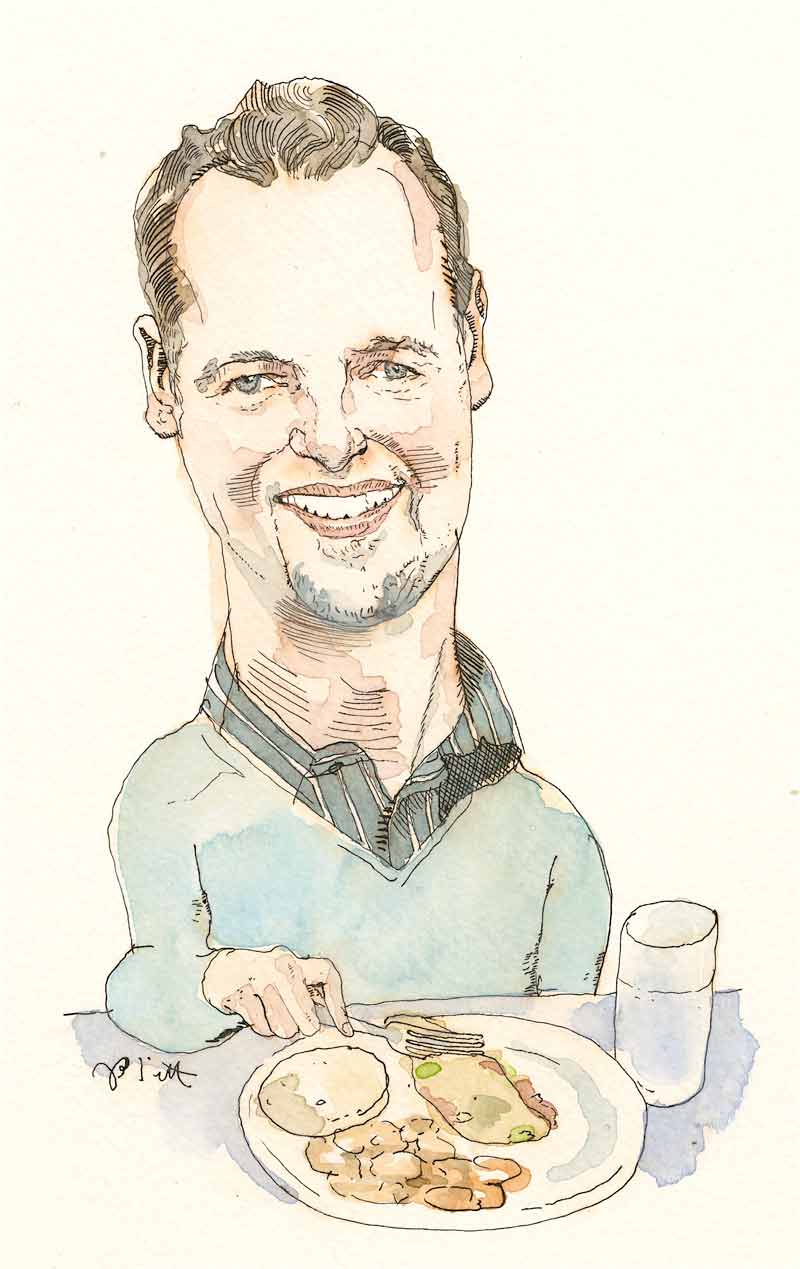 One of the students was Jeffrey Meeuwsen, now 48 years old and a resident of Evanston.

He and a few classmates depicted New Year’s Eve on a float by constructing an eight-foot bottle of champagne made of chicken wire and papier-mâché.

“Two of us got inside the bottle with bags of silver balloons,” Meeuwsen recalls. “There must have been about 100 balloons total. It was hot in there, incredibly hot. As soon as the float stopped, we released the balloons.”

The spewing balloons represented the bubbly exploding out of the bottle. It must have looked like a mini mountain in volcanic mode.

“I liked being the behind-the-scenes guy in high school,” says Meeuwsen, the executive director of the Ragdale Foundation in Lake Forest since 2012. “I loved working on that float. I got to be artistic, and I got lost in the moment. I was interested in being the leader of something, but I was never interested in the glory that sometimes comes with being a leader. Acting didn’t excite me as much as designing the cover of the school-play program did or as much as building the sets for plays did.

“What we also featured on that float was a clock [both hands on the 12], as well as a ball drop.”

Meeuwsen has plenty of reasons to celebrate what’s going on at Ragdale these days. Ragdale is a nonprofit artists’ residency program, located in architect Howard Van Doren Shaw’s Lake Forest country estate. In 1976, Shaw’s granddaughter, Alice Judson Hayes, transformed the family’s summer home into an artists-in-residence program. Today Ragdale annually offers a supportive environment — for 18- or 25-day stays — to nearly 200 architects, artists, writers, musicians and composers. Even scientists escape to the retreat to recharge, produce and share their research with a sculpturist or a novelist or a playwright. A pair of poets from Morocco stayed there. So did a quadriplegic mouth painter from the United Kingdom who created stunning landscapes.

“Wherever I’ve work, the one question I always ask the people around me is, ‘What’s the best thing we do?’ ” says Meeuwsen, who started as an engineering major at the University of Michigan, changed his major about eight times and ended up with a business degree with a concentration in marketing from Eastern Michigan University in 1990. “At Ragdale, we are very good at hosting creative people from all over the world. That comes with a significant responsibility; we’re serving artists and the community.”

Ragdale’s 11th Annual Novel Affair brought together acclaimed authors and artists for an evening of creativity and conversation in support of Ragdale last month. The featured authors — for the first time — offered presentations in schools from Chicago to Waukegan as part of the Ragdale in Schools program.

“We’ve had architects talk with students about their field in local classrooms, and I’ve seen some of the those kids’ eyes light up — it’s a breakthrough moment for them, a light-bulb moment,” says Meeuwsen, who had ordered an omelet filled with artichoke hearts, avocado, goat cheese and roasted tomato sauce at The Lucky Platter in Evanston. “A student, who had been searching for direction, suddenly thinks, right there in the classroom, ‘I can be an architect someday.’ Nurturing is going on when our residents are sharing their passions with the students. Those students go home as students with different paths in mind.”

One of Meeuwsen’s “babies” — the Ragdale Ring design-build competition — was inspired by his interest in offering inventive opportunities for creative practitioners to take leaps in their new work. Now in its fifth year, the competition is fully international, he notes. Ragdale received proposals from France, Germany, Spain and Iran this year. The Adrian Smith Prize for the 2017 Ragdale Ring went to T+E+A+M, a young, internationally recognized architectural collaborative based in Ann Arbor, Michigan. The unit submitted LIVING PICTURE — a contemporary interpretation of the original Ragdale Ring garden theatre designed by Shaw in 1912.

“I fell in love with non-profit work at Creative Resources,” says Meeuwsen, who, with his husband of 25 years, Steve, owns a cat named Cava. “I worked with Junior Achievement, United Way, hospitals and the Grand Rapids Art Museum. I worked closely with the museum’s staff on promotions and major exhibitions.”

Meeuwsen would like nothing more than to have the free time to explore neighborhoods in Chicago. But he sometimes finds openings in his busy professional life to hit museums in Chicago and people-watch.

Walks along the lake, in Evanston?

The former float architect is all in, with ears wide open.

“It’s not unusual for me to hear 20 different languages during a walk,” Meeuwsen says. “I love how people from all over the world are enjoying a shared space.”

Cause for celebration, indeed.