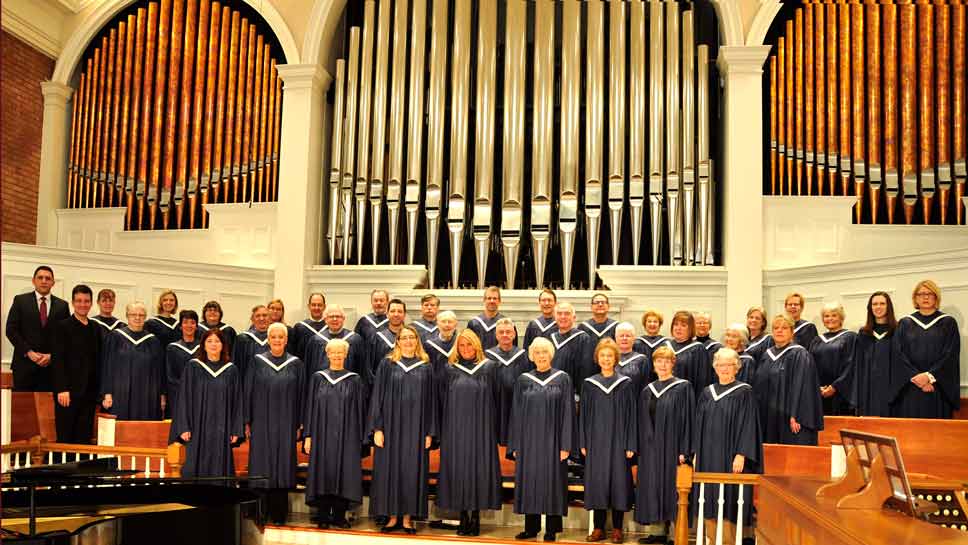 In honor of its 75th Anniversary the Glenview Community Church presents “All That Has Life and Breath, Sing to the Lord” conducted by Guillermo Muñoz Küster on Saturday, May 13 at 7:00pm, 1000 Elm St., Glenview.

The concert will include a performance of Lobgesang (Hymn of Praise) by Felix Mendelssohn for chorus, organ and orchestra featuring the church’s 45 voice Chancel Choir and singing friends from the community, and Sonata (Symphony) for Organ No. 1 in D minor, Op. 42 by Félix Alexandre Guilmant, featuring organist Gary Wendt. Both pieces will be performed with a 40 piece orchestra.

A native of Santiago, Chile, conductor Guillermo Muñoz Küster earned his Bachelor of Music degree in Classical Guitar and Voice from Lebanon Valley College (Annville, PA) and a Master of Music degree in Conducting and Classical Guitar from the Bienen School of Music at Northwestern University where he studied with conductors Robert Harris and Stephen Alltop and classical guitarist Anne Waller. Muñoz Küster brings with him a diverse set of skills as a choral and orchestral conductor, classical guitarist, and singer.

“All That Has Life and Breath, Sing to the Lord” concert
A 75th Anniversary Concert Celebration
at Glenview Community Church
Saturday, May 13, 2017 at 7:00pm

For the last three seasons, Muñoz Küster has been Assistant Conductor of the Apollo Chorus of Chicago, where he has conducted the choir on live TV appearances and concert performances. Prior to serving Assistant Conductor with Apollo, he served as the first-ever conducting apprentice in the chorus’ near 150-year history. Mr. Muñoz Küster also performs with Music of the Baroque, the Grant Park Symphony Chorus, and has worked and performed with choruses and orchestras around the country as a guest conductor or ensemble member.

Organist Gary Wendt is currently Minister for Music and Organist at Glenview Community Church and has served the church in various musical capacities for the past ten years. He directs the Joyful Ringers Handbell Choir and the Pilgrim Wind Ensemble at GCC and is the Artistic Director of the church’s Simple Gifts Concert Series. He has studied organ with numerous private instructors including Jerome Butera and Margaret McElwain Kemper. Through his career he has had the honor of accompanying choirs in places such as the National Cathedral in Washington D.C. and Notre Dame de Paris, and currently performs recitals and concerts throughout the Chicagoland area, including Orchestra Hall in June, 2013.

A freewill offering will be taken to support the music ministries of the church.

Glenview Community Church is located at 1000 Elm Street (at Glenview Road). The building is handicap accessible and has onsite parking. It is 3 blocks west of the Glenview Metra North train station.