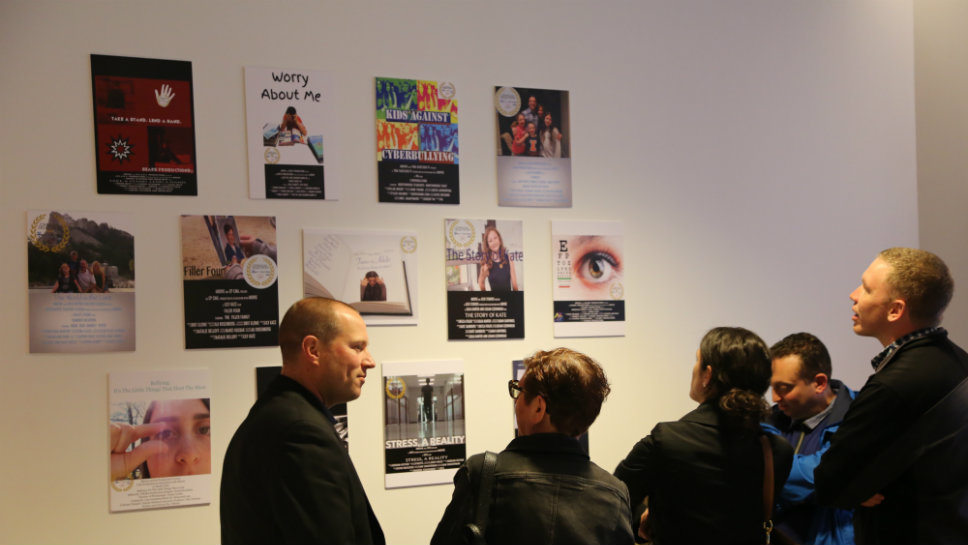 Guests view the students’ movie posters, as they walk the red carpet

HIGHLAND PARK – The Reel 112 Film Festival includes movie posters and a red carpet walk — but the event is about more than who will be wearing what. The films presented at the second annual event will cover subjects such as head injuries in sports, the Moraine Township Food Pantry, and whether social media causes people to become narcissists.

The Reel 112 Film Festival features the innovative work created in communications/media arts (CMA) classes at Highland Park middle schools. It is sponsored by the District 112 Education Foundation in collaboration with North Shore School District 112, and will take place on May 4 at the Landmark Renaissance Theatre on two screens to accommodate the number of films, students and anticipated audience.

Last year 12 films were selected for the festival, and this year the number has grown to 18 films, which range from two and a half minutes to six minutes long, said Laura Baartmans, CMA teacher at Northwood Junior High. She said the CMA teachers choose which films to screen at the Reel Film Fest.

“Having your film screened at the Reel Film Fest is a prize in itself for a job well done,” she said. “There won’t be awards like at the Cannes Film Festival. It’s just awesome that we have 18 pieces of film that should be seen by a larger population, and it’s exciting for the kids to see their names on the marquee.”

Baartmans explained that last year the 112 Foundation sponsored all three North Shore District 112 middle schools to participate in a partnership with Facets Multi-Media. “We did an entire quarter of documentary filmmaking working with guest instructors from that organization,” she said. “It was kind of like a super grant for that program.”

Baartmans said topics from last year were generated by working with the Facets instructors, while this year the students selected their own topics.

“Midway through the screenings we’re going to have Milos Stehlik, WBEZ film critic and Facets Multi-Media founder, moderate a student panel,” said Baartmans. “Milos will be asking them about their films and their process.”

The students designed and created movie posters for their films, which will be displayed on the theater’s walls.

Baartmans said the majority of films are by eighth grade students, and at Northwood it’s all generated through eighth grade CMA classes. At Edgewood, there’s one film with seventh graders, and at Elm Place, the films were done through a club that had a few seventh graders as well.

“The kids take the project from the conception of the idea to the final edited version of the film,” she said. “They also do the scripting if there’s any kind of narration or voiceover.” Groups are anywhere from two to five or six students. The students do all of the camera work, scout out locations, and arrange interviews.

“Then in the CMA lab, they edit it all together and add a soundtrack, and depending on the style of the documentary, images and factual information,” she said. “It is a really neat event in partnership with the 112 Foundation. We’re just thrilled as CMA teachers to have the opportunity to showcase students and what they can do.”

Below are some links to 2016 Reel 112 Film Festival selections:

The Reel Film Festival will be held at 6 p.m. on May 4 at Landmark Renaissance Theatres in Highland Park. Sponsored by the 112 Education Foundation, the Reel 112 Film Festival is a collaboration between the Foundation and NSSD112. Admission is free but donations are suggested, according to a press release. 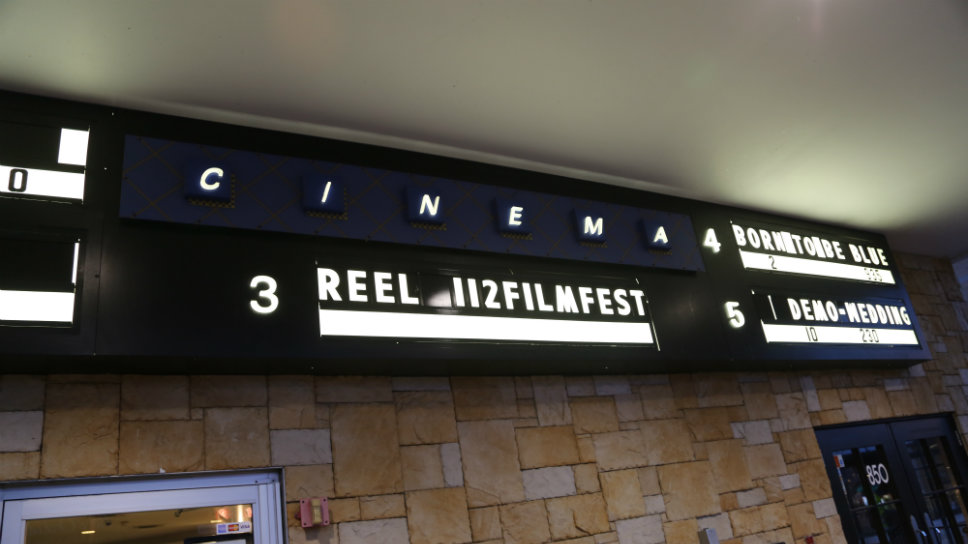 The 2016 Reel 112 Film Festival appeared on the marquee of the Landmark Renaissance Theatres in Highland Park; This year the films will be presented on two screens; all photos courtesy of Laura Baartmans 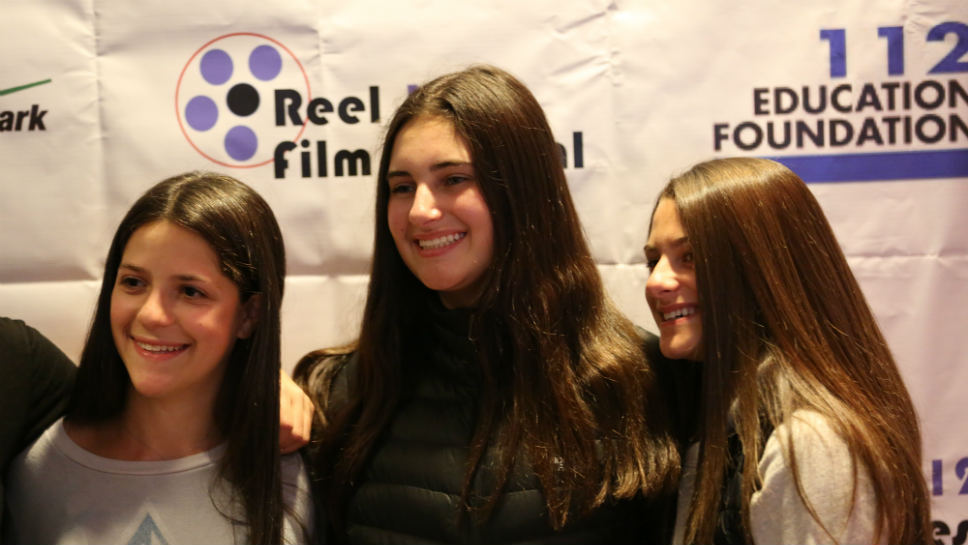