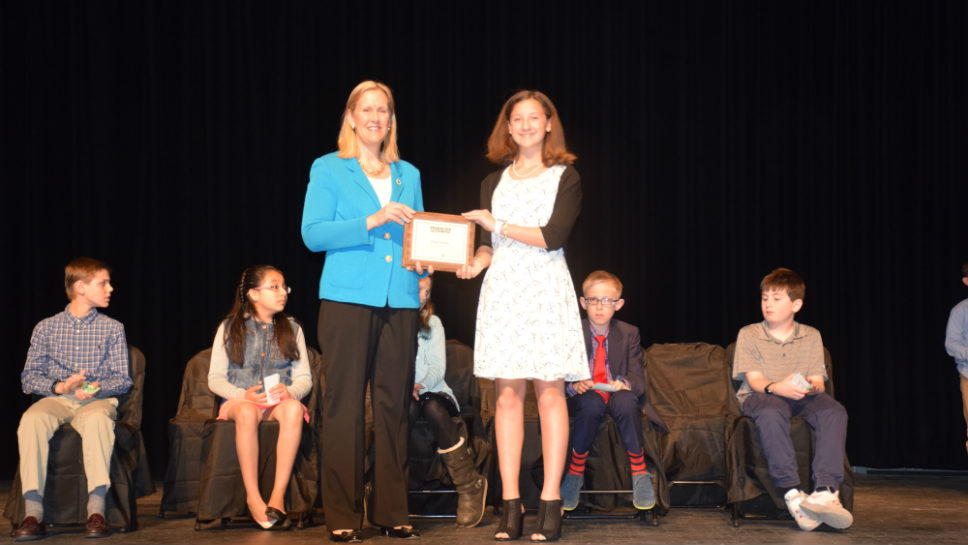 “I received the award because I exhibited one or more of the six character traits: trustworthiness, respect, responsibility, fairness, caring and citizenship,” said Kayla Keats, a student at Edgewood Middle School.

Below is the list of 2017 Character Counts Pillar Award recipients:

A few modest NSSD 112 recipients told DailyNorthShore why they were nominated for the award after the ceremony:
“The teachers told me that I was nice, genuine, and considerate to others, said Zach Deshur, a fifth-grade Braeside student. “They also said I had a good sense of humor and made others feel comfortable.”
Nathan S. Kornberg, an eighth- grader at Northwood Junior High said, “Principal, Sandra Arreguin nominated me, because I showed great leadership in class and compassion for other students. I’m always willing to lend a hand and I always ask questions in class.”

“I was very honored to receive the Character Counts award, added Rosie Klayman, a fifth-grader at Oak Terrace. “Mrs. Brady nominated me for this award, because I am committed, I am helpful in class, I behave in class, I am respectful to everyone and I like school.”

The four HPHS Students who received awards included Peri Coskey, Mia Greenberg, Mark Overby and Ethan Renshaw.
John Petzke, chief technology officer of NSSD 112, was one of the presenters at the awards ceremony. He explained that most students were nominated by several teachers, and at least one nominating staff member was there for each student to whom he gave an award.

“I was impressed with the show of support from staff who did not nominate students,” he said. Several building administrators were there to congratulate the students and families, which included Maria Grable from Indian Trail, Heather Schumacher from Elm Place, Erik Albrecht from Edgewood, and Shawn Walker from Sherwood. “We also had a few teachers who did not nominate students, but had the students in past years, and boy did the student’s eyes light up when they saw those staff members.”

DailyNorthShore asked the students what they liked best about the awards ceremony:

“Although it took a while, I thought that the process was very efficient and orderly,” said Kayla. “All recipients received a plaque with their name on it. I enjoyed the speeches of each individual and the way they beamed at their accomplishments was inspiring.”

Zach said, “It was really special and humbling hearing the nice things the teachers said about me and about all the
other recipients.”

“The part of the ceremony that I liked best was when I got my award and I got to shake the mayor’s hand,” said Rosie.
Nathan added, “I liked hearing why the other kids won, I enjoyed seeing all of my old teachers, and I liked that there was even representation at all of the schools. I also thought it was interesting to learn what Mr. Styer who received the Humanitarian Award has done to improve our city.”

Below is a summary of James Styer’s accomplishments, according to a press release:

“Styer serves as a senior member of the Highland Park Hospital Board of Directors. He was instrumental in the establishment of the Healthcare Foundation of Highland Park (HFHP), which has impacted tens of thousands of people in the community. The Foundation supports a broad base of health-related needs in the area by giving grant money to not-for-profits. Through his involvement in the HFHP, Styer has facilitated the establishment and growth of Friends for Health, Community-The Anti-Drug, the Highland Park/Highwood Legal Aid Clinic, and others. He has worked with the Jordan Michael Filler Foundation to provide naloxone for First Responders throughout Lake County to prevent fatal overdoses; supported family service programs; expanded senior care; supported sexual abuse healing; and much more.”

Petzke praised the other adults who were honored at the ceremony:

“Bernice Cohen, a member of the Highland Park Senior Center was nominated by the Senior Center staff for her outstanding character, and another adult was Rachel Lieberman, a Sherwood School parent, nominated by Annie Schultz, Molly Ott, and Amanda McDonagh for her dedication, active volunteering, and impact on students at Sherwood,” he said. 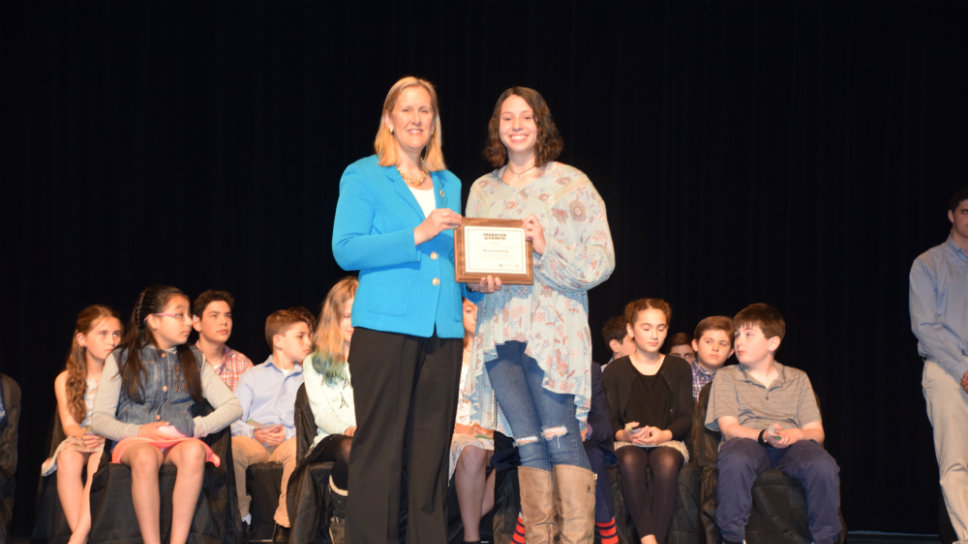 Mayor Nancy Rotering and Mia Greenberg; Mia was commended for her work as a peer mentor with children who have intellectual disabilities; photo by Terry Grossberg 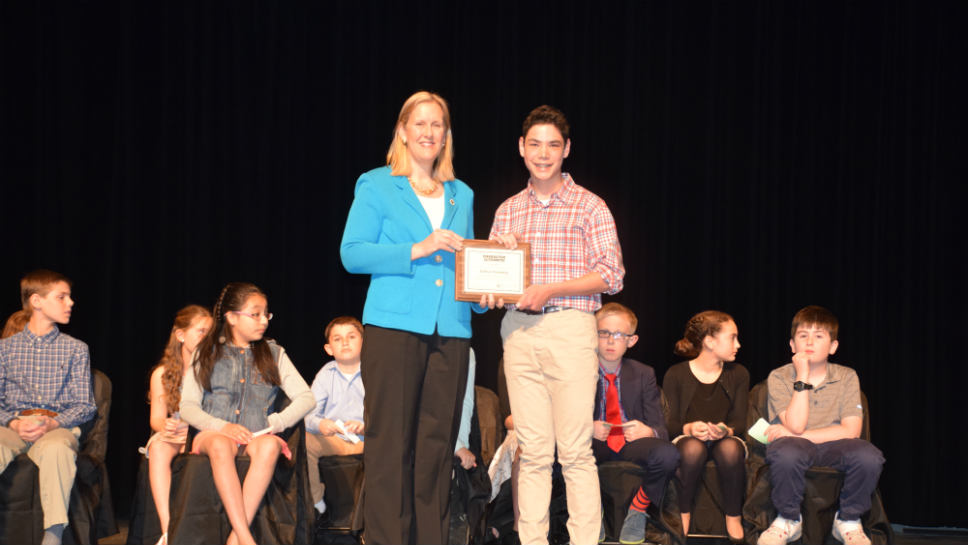 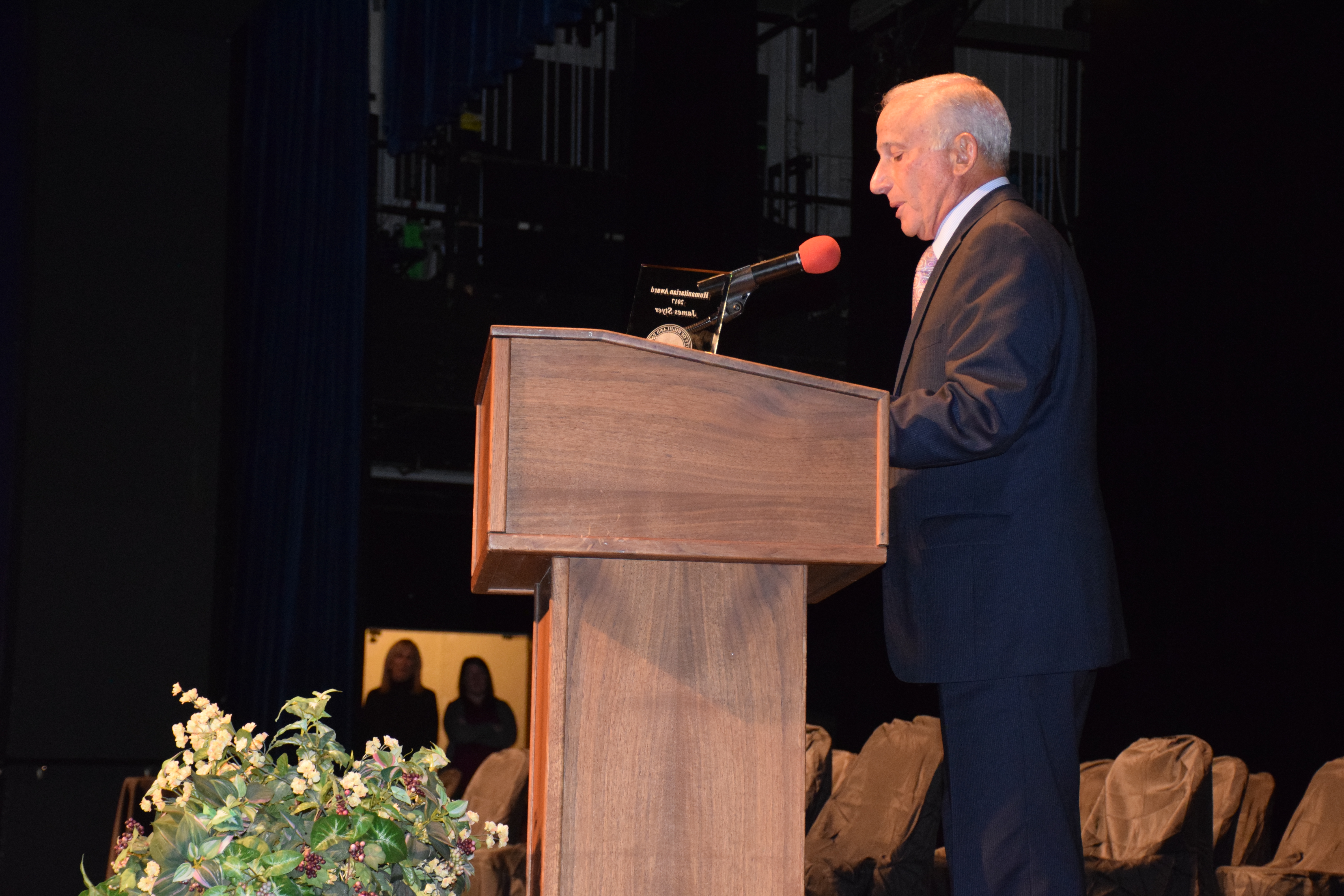 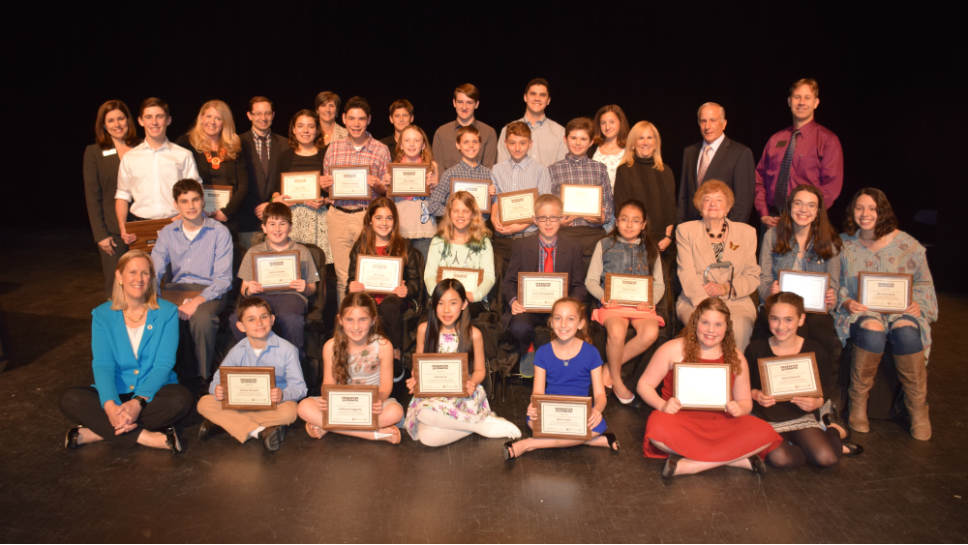