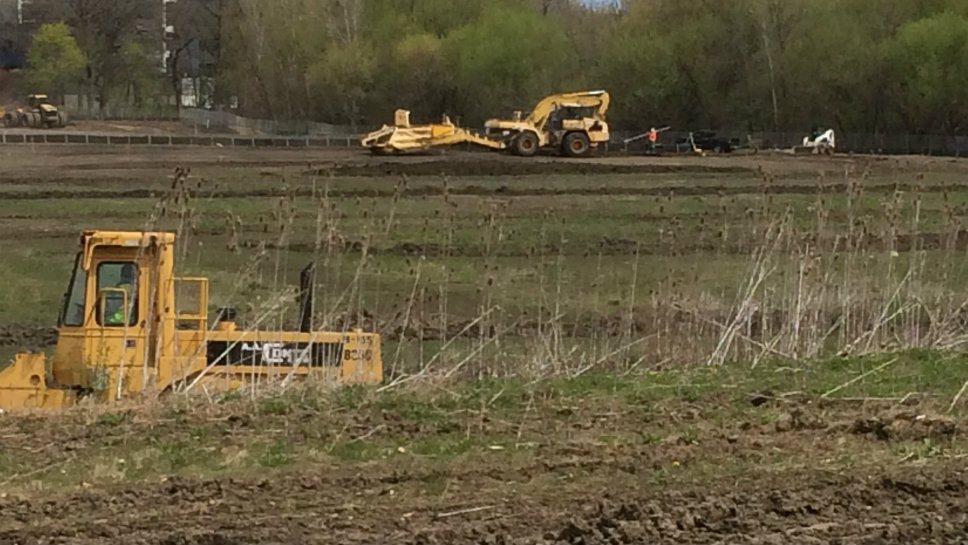 Earth moving machines were already at work at Mellody Farm as the developers formally broke ground.

The project is two miles from the western city limit of Lake Forest and about 10 miles from both Highland Park and Lake Bluff.

With those stores occupying 120,000 square feet of the total retail space, Hendy said Café Zupas, which features soups, salads and sandwiches, is also signed up. He said Regency is close to announcing additional retailers and restaurants.

“There are going to be some really cool boutiques,” said Hendy. “There will be outside dining and a park.”

Regency will build the retail part of the project and is partnering with Focus Development of Northfield to construct the apartments, according to Hendy. The dwelling units will be one-, two- and three-bedrooms in size renting from $1,600 to $3,000 a month, according to Focus CEO Tim Anderson. They will be between 750 and 1,450 square feet.

“There are not a lot of opportunities for a walkable environment in the suburbs,” said Anderson. “People can walk out their door and walk to Whole Foods. It’s a unique opportunity.”

Focus is also the developer of Kelmscott Park at the northwest corner of Laurel and Western Avenues in Lake Forest.

Though the formal ground breaking was April 21, tractors started heavy earth moving operations on the former soybean fields shortly after closing the deal to acquire the land from the Cuneo Trust April 13.

“We’re getting the land ready for construction,” said Hendy.

Hendy said the project has been three years in the making since negotiations began to purchase the approximately 54-acre tract and get all local, county and state approvals.

One of the things that drew REI to the center was access to the Des Plaines River Trail near the eastern boundary of the property, according to Lake County Board Chairman Aaron Lawler, who participated in the ceremonies.

“They want to offer canoe and kayak classes there,” said Lawler referring to REI. “This will provide better access to the Des Plaines River Trail.”

Lawler said there will be a grade crossing on Highway 60 with a stop light controlling traffic from the a driveway of Mellody Farm and a shopping center to the south on the other side of the road.

Hendy said each time a lease is signed and a new tenant secured it will be announced on the center’s Facebook page. 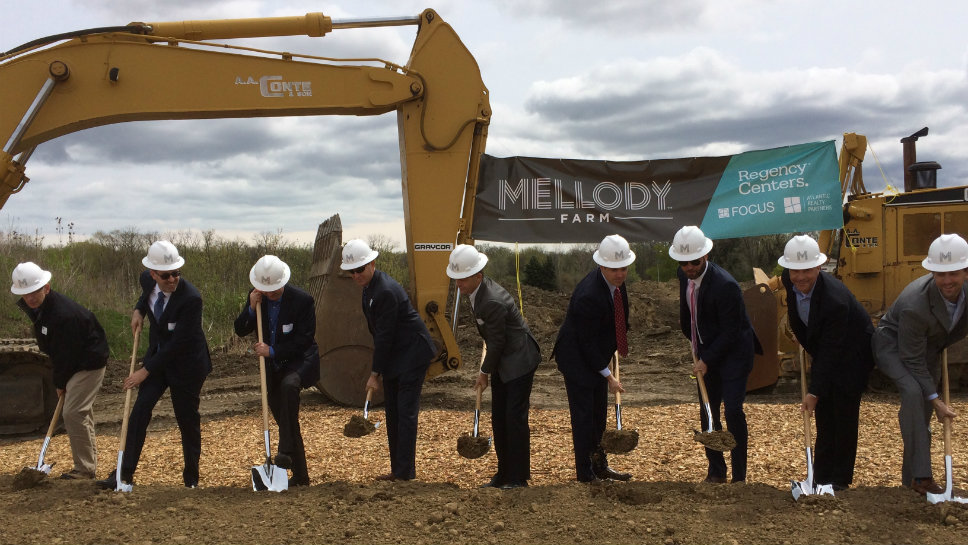 Developers and other stakeholders ceremoniously throw some dirt to break ground on Mellody Farm.