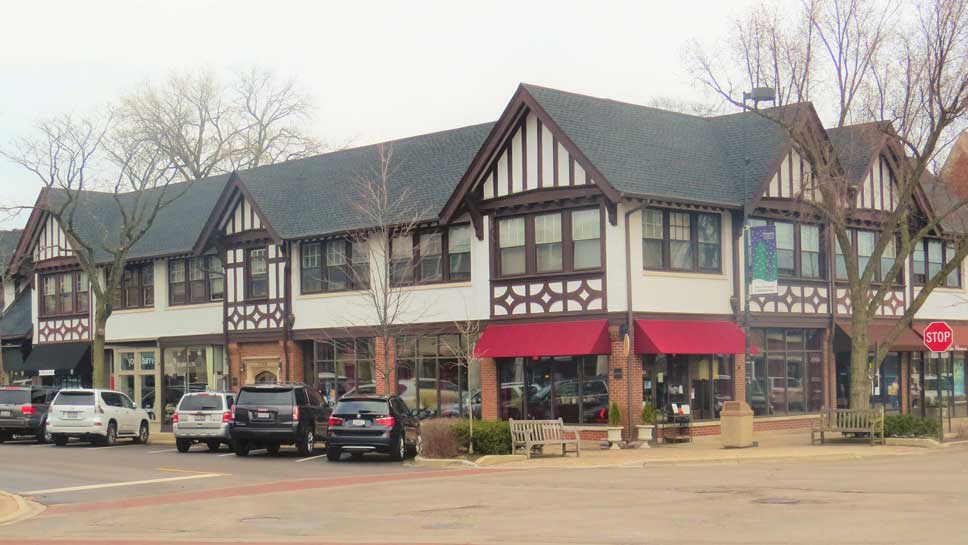 While Winnetka officials were focused on a Downtown Master Plan and the controversial One Winnetka development, both promising to breathe new life into the village’s shopping districts, the owners of Hoffmann Commercial Real Estate saw an opportunity.

The firm, based in St. Louis, owns a total of 12 properties on the North Shore, with three more currently under contract. Hoffmann Commercial owns the following locations in Winnetka, some of which sit on the corner of multiple streets:

Properties in Winnetka currently under contract include 874 Green Bay Road and 800 Elm Street.

The company claims to be the largest commercial property owner on the North Shore, and if that isn’t the case already, that is definitely its intention. “We want people to know that we are investing in these downtowns and to expect positive improvement,” Greg Hoffmann, principal of Hoffmann Commercial, told DailyNorthShore.

Hoffmann Commercial is employing a strategy it has found successful in other upscale areas such as Naples, Florida, and Avon, Colorado (near Beaver Creek): become a meaningful commercial owner in area in order to implement a cohesive vision that drives up economic activity.

“Our goal is simply to drive more interest to Winnetka and the North Shore,” Hoffmann explained.

“Our goal is to dress them back up to their fullest potential,” he said. “We want to revitalize them and bring them back to life,” he added.

The company also has plans to add some interest to the community that will promote existing businesses and encourage new businesses to open in empty storefronts. Hoffmann Commercial will add a statue walk in Winnetka, something successfully introduced in Naples and Avon.

“It warms the place up. When you go shopping, you’ll see statues along the way,” Hoffmann said. Hoffmann also envisions a farmer’s market and live music to drive customers to Winnetka’s business districts.

While Hoffmann Commercial has already acquired a meaningful amount of property in Winnetka, the intention is to do the same throughout the North Shore. The company is under contract to purchase 1215 Washington Avenue in Wilmette, and it owns 825 Green Bay Road, Wilmette where its North Shore offices are located. It also owns 410 Green Bay Road, Kenilworth and The Fresh Market, 850 N. Western, Lake Forest.

So why is the company targeting the North Shore? Hoffmann said they saw opportunity and know the area well. The real estate company was founded by David Hoffmann, who also founded the executive search firm DHR International and Osprey Capital. He and his wife raised their three children in Winnetka — including Greg Hoffmann — and still have a home in the village. Greg Hoffmann said he is the only sibling who moved “away” to Chicago; his two siblings have stayed local and are raising their own families in Winnetka.

Hoffmann said they’ve met with Winnetka officials and are off to a very productive and supportive start.

“It’s going to be a great partnership working with them,” he said.

He’s also optimistic that the changes will be positive. “We are bringing Winnetka back to its fullest potential,” Hoffmann said.