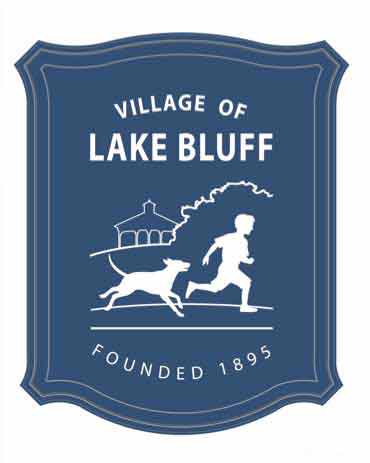 LAKE BLUFF — With some Lake Bluff residents renting out rooms in their homes on a short-term basis and putting them on Airbnb as rentals, Lake Bluff is taking a closer look at possibly regulating the practice.

The Village Board of Trustees directed Village Administrator Drew Irvin to study potential action Lake Bluff can take to control the practice during a Committee of the Whole meeting April 10 at Village Hall.

“All we’ve done is have a preliminary discussion,” said Village President Kathy O’Hara in a DailyNorthShore.com interview. “We are going to take a look at what other towns are doing. We won’t do anything until we have a chance to get everyone’s input.”

The board will review the findings of the study when the Committee of the Whole meets again at 6 p.m. May 8 at Village Hall, according to Irvin. There will be no vote at that meeting though the board could give Irvin further direction.

“We’re going to look at what other towns in the area are doing as well as other parts of the country,” said Irvin. “In Chicago neighbors have a voice and we’re going to take a look at that.”

There are currently four short-term rentals in Lake Bluff listed on Airbnb, according to a memorandum from Irvin and village attorney Peter Friedman to O’Hara and the trustees. He said at this point there are no specific regulations in the village for short- term rentals. Existing restrictions on rentals were in place long before the Airbnb use.

“Read literally, the current regulations could be interpreted to significantly restrict and perhaps prohibit short-term rentals within the village, particularly without the use of a special-use permit,” Irvin and Friedman wrote in the memo.

Irvin said he was ready to tell the four current operators to stop the practice until the board informed him to do otherwise.

“I was told not to send the cease and desist letters,” said Irvin.

Among the issues Irvin said will be researched are how much regulation the village can legally establish on short-term rentals, can it be limited to certain neighborhoods or zoning areas, how much input can neighbors have, and what restrictions can be placed on advertising the rentals.

One of the four properties referenced in the memo is a two-flat owned by Patricia Havrin near downtown Lake Bluff. She spoke at the April 10 meeting. She said she lives on the first floor and has been renting the second story through Airbnb since February. She said she likes the control Airbnb gives her over who is living above her during the short-term rental.

“If they don’t look like their picture I don’t have to rent to them,” said Havrin in a DNS interview. “All I have to do is call Airbnb and tell them.”

Julie Astbury Capps, who lives near Havrin’s property, said she does not like the idea of short term dwellers in a residential neighborhood. Her husband, Peter Capps, spoke at the April 10 meeting, according to Irvin.

“I pay a premium to live in a residential-zoned neighborhood and in return there are some expectations,” said Julie Astbury Capps in a DNS interview. “One expectation is your neighbor won’t open up a hotel next door to you. I think that is a reasonable expectation. Above all it is a safety concern. There are strangers in and out on a daily basis.”

Havrin said she is very thorough when it comes to who she lets live upstairs on a short- or long-term basis. She also said she likes the freedom to have the top floor available when out-of-town family comes to visit or friends’ visitors need a place to stay.

“I want to make it comfortable for us,” said Havrin. “I only bring in quality people.”

She said that another benefit for both Havrin and the neighborhood is the extra income that enables her to improve the property.

“I’m making it comfortable for the neighborhood,” said Havrin. “The extra money is enabling me to take drown a dangerous tree in the back yard.”

The village last considered possible short-term rental regulations in February 2016 when there was one operator, according to Irvin. He said the village chose to take a wait-and-see position at the time.