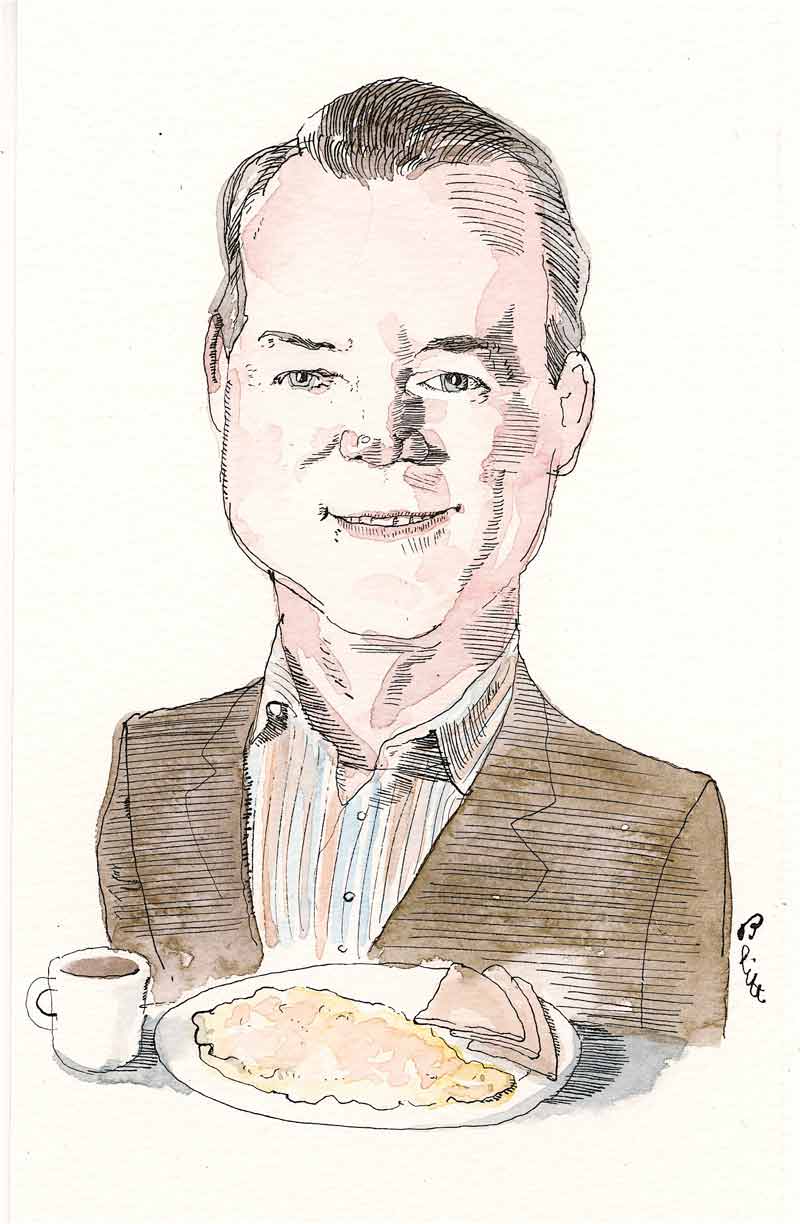 If life were a golf course, Scott Humphrey — a former senior advisor and vice chairman at BMO Capital Markets and the current president and CEO of One Hope United (OHU) — is somewhere on the fairway of the 10th hole.

The first nine holes of his professional years were devoted to providing for his family (wife Nichole and their children, son Cain and daughter Jordan) and making a global imprint as an investment banker.

The Glencoe resident became president and CEO of OHU in 2015 — after having served the national not-for-profit children/welfare services organization as its chairman of the board for 10 years.

The native of Poway, a suburb of San Diego, considers himself semi-retired today.

“It was time to do something I really wanted to do, time to be more impactful than I had been,” says the 46-year-old Humphrey, who was a freshman walk-on golfer at the University of Arizona when Phil Mickelson was a freshman scholarship golfer at Arizona State University.

“I’m living a different life now, at an entirely different pace, and I’m not traveling as much. It’s been great. It’s phenomenal, getting to work with the passionate people at One Hope United. They are all committed to doing good things for children and their families, to help others disrupt the cycle of poverty.

“Our vision, our mission, is, ‘Every child should get to live a life without limits.’ ”

One Hope United has been around for more than 120 years, turning lives around in Illinois, Wisconsin, Missouri and Florida. It operates the Wilmette Child Development Center, which has provided early childhood education, among other invaluable services, for 29 years. The center is accredited by the National Association for the Education of Young Children (NAEYC).

“That’s a gold standard, that accreditation,” Humphrey says. “It’s the highest accreditation. The center is run like a school; it’s not a place where kids get placed in a basement and drool on things. Ninety-two percent of the infants there become kindergarten-ready. Our staff there focuses primarily on getting the kids to engage — socially, emotionally and in a learning environment. They’re being exposed to technology, and they’re developing teamwork skills in small and large groups.”

Humphrey sips coffee from a cup at Café Buongiorno in Winnetka. He had ordered a Greek omelet, with pita-bread triangles for a side. While I’m thinking about possible angles for this feature, I ask him about One Hope United’s annual fundraiser, Hope in Action, set for April 29 at JW Marriott in Chicago. “Stand Up for Children” is the clever theme of this year’s event. Saturday Night Live alumni Tim Meadows and Colin Quinn will headline the event with stand-up comedy performances.

“It excites me, thinking about spending a night in Chicago with highly entertaining people and building our organization’s brand, all while raising money [through auctions and a Las Vegas trip raffle],” says Humphrey, who realized one of his dreams — to work on Wall Street — when he held multiple positions at Deutsche Bank Securities in New York from 1997-2004. (He completed a stint with the firm from 2004-07 in Chicago, before joining BMO Capital Markets as its head of U.S. mergers and acquisitions.)

The major influence on Humphrey’s life was his father, Bud, who died in 2006 after a battle with cancer. Bud sold medical devices for a living and always reminded his son, “Don’t worry about the things you can’t control.” Bud asked great questions.

“My dad was also a great listener,” says Humphrey, who earned his Bachelor of Science degree in business administration at the University of Arizona in 1992. “He was larger than life, a great leader and a successful businessman. He was thoughtful, supportive.

“Everybody,” he adds, “gravitated to him.”
Humphrey met his future wife, Nichole, in Ann Arbor, Michigan, home of her alma mater (University of Michigan). Humphrey was working with his mentor, Jeff Fletcher, at the time, as assistant treasurer of EQ – The Environmental Quality Company in Ypsilanti, Michigan. The two had worked together in Des Moines, Iowa, for three months in 1992 and four more in ’93.

“Jeff is still a good friend of mine,” Humphrey says. “I got my ‘MBA’ on the fly with him as my teacher. I learned a great deal from him.”

Now in his 12th year as a North Shore resident, Humphrey continues to appreciate every day he gets to call Glencoe home. When he’s not shooting for birdies, he’s casting for fish.

Or cycling on the weekends.

Or spending time with his family.

“I like the quiet, how calm Glencoe is,” says Humphrey, whose home golf course is the one at Skokie Country Club in Glencoe. “It’s a very soothing place to live, with a small-town feel. You can walk to the library.”

As I notice more plate than breakfast fare on his plate, I ask my final question:

“What do you find rewarding as president and CEO of One Hope United?”

The avid golfer had aced the question.