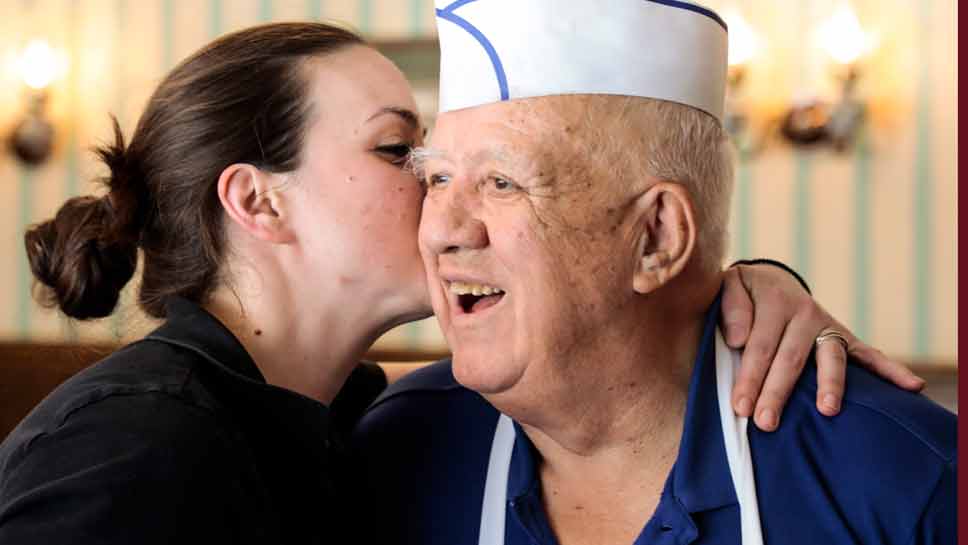 “People ask why I work at the restaurant at my age, but I don’t do anything. I just read the paper and do PR. I tell people I am the tree in the desert and I just want to sit in the shade,” said Peter Dimitriou, owner.

Peter knows Country Kitchen is in good hands, because his daughter Ruby Iliopoulos had a wonderful teacher. Peter explained that Ruby was taking business classes in school when her parents discussed selling Country Kitchen. But Ruby wanted to run the restaurant herself.

“Dad and I are both on the same page with our business mentality and we don’t have to explain ourselves.” said Ruby. “Our personalities are similar, as we both believe in hard work and we enjoy the customers.”

Peter said customers have been coming here since the restaurant first opened in 1978. One customer is102 and she still comes in with her great-grandson. “We have a connection with our customers and we give them what they want.”

It’s Peter’s strong work ethic that continues to keep generations of loyal customers coming back. “All of my employees make sure to let the customers know how valuable they are and how important their food is,” said Peter.

Country Kitchen is open from 7 a.m. to 2:30 p.m. which has enabled Peter to spend more time with his family. Ruby said growing up her dad went to all of her and her siblings’ basketball games.

“If you don’t spend time with the children you have wild horses with no harnesses,” said Peter. I’m a very tough father. My children don’t lie or steal. We don’t take anything unless we earn it. My son helps with real estate and we have several buildings in Highland Park. There’s nothing more precious than children and good health.”

Ruby began helping out at Country Kitchen in high School. “My brother Dino, sister Maria and I were always working on the weekends unless we had basketball or a church activity,” she said. “Every summer my parents would go to Greece for about a month and when I turned 17 I’d open and run the restaurant.”

Peter was raised in a family with 10 children in Greece. In 1955 he went to Canada and became involved in the restaurant business with his brothers.

Peter took three years of French in Canada and learned Spanish. “I wish that I could speak one language properly and then I’d let the other ones go,” he said.

In 1967, Peter came to Chicago to open a restaurant with his brother at Cicero and Division and when the neighborhood changed, he sold it and came to Highland Park.

Ruby said the menu has barely changed over time. “I feel that if it’s been working well for all these years, you have to respect that.” Country Kitchen also does its best to follow dietary restrictions.

Some of Country Kitchen’s newer items include: egg white omelets, Mickey Mouse pancakes, a variety of salads and a breakfast sandwich. “The customers tell us what they want to eat, and we are grateful to serve generations of loyal customers,” said Peter.

Peter is also hopeful that Country Kitchen will continue to thrive for generations to come and is excited to eventually pass the torch onto his eight grandchildren. “We like Highland Park and we put pride in what we do,” he said. “I’m only as good as my last meal. The only allergy my family has is loneliness, but when the place is full of people it looks beautiful.” 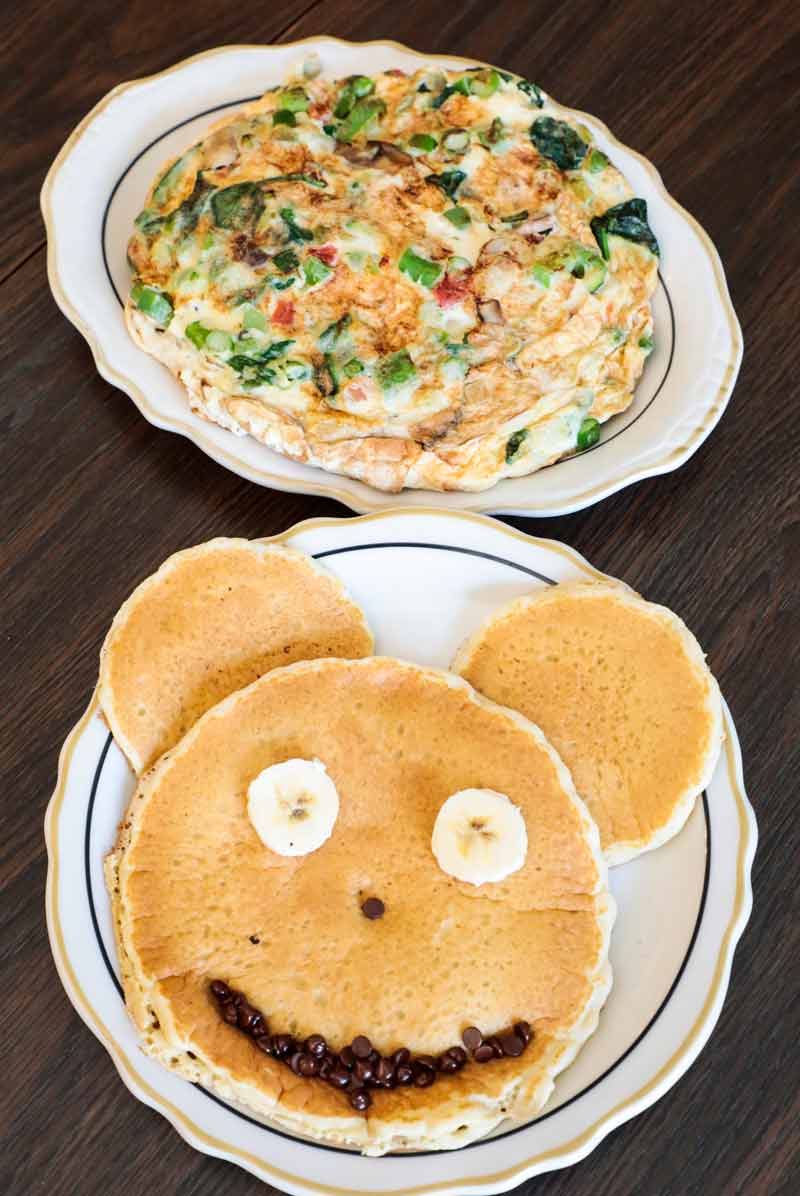 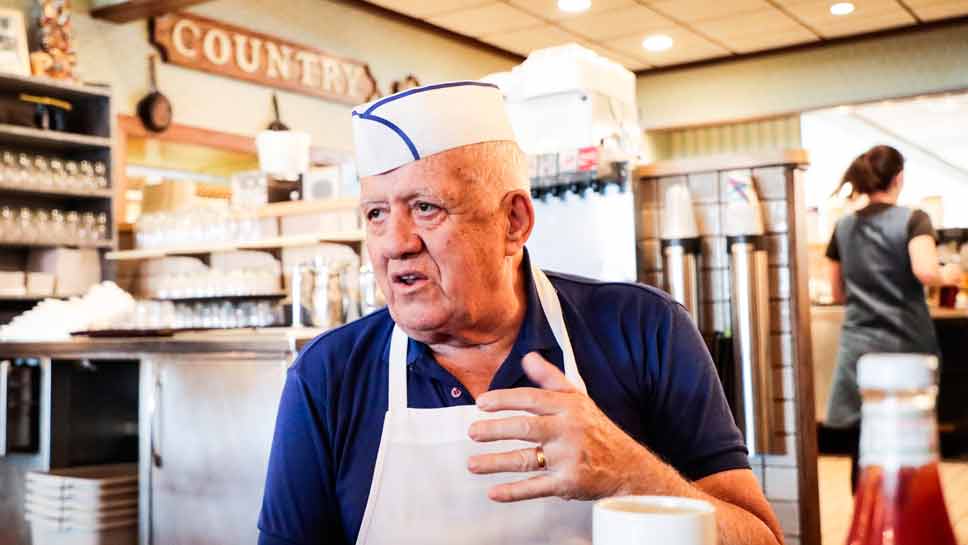 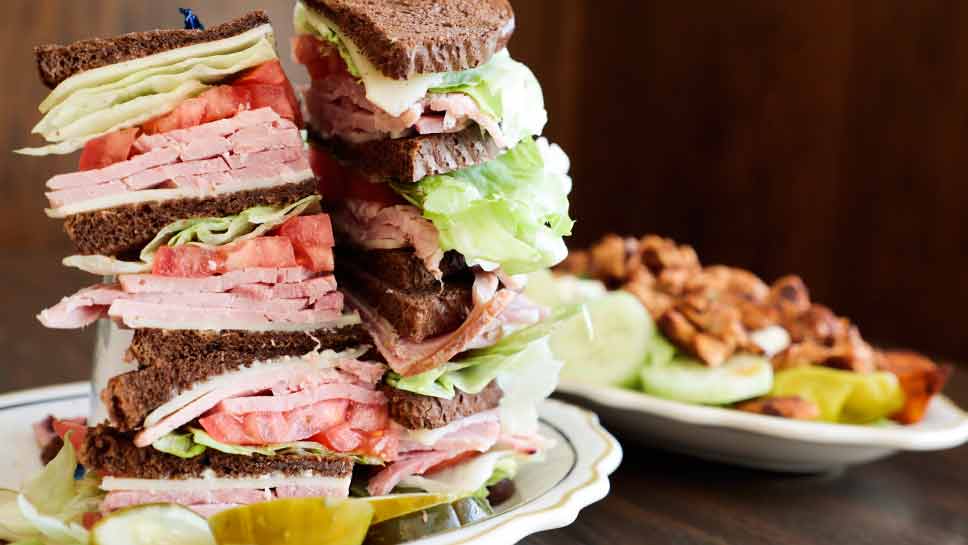