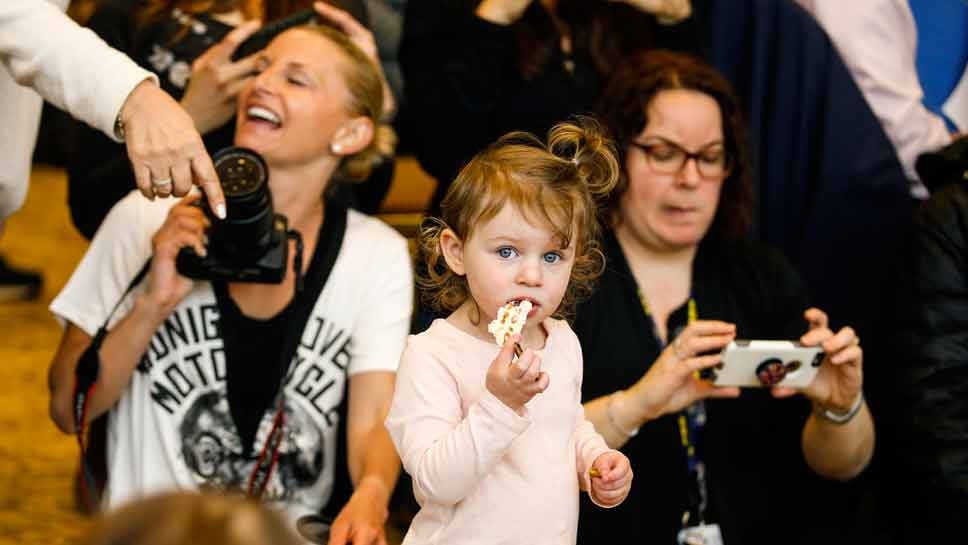 HIGHLAND PARK – You’re never too young to learn about Passover traditions, and the preschoolers at Lakeside Congregation for Reform Judaism participated in everything from decorating to singing the first of the four questions during their school’s Model Seder.

Rabbi Isaac Serotta explained that when the Model Seder began about 20 years ago, only two tables were filled. Now 12 tables with about 120 people were in attendance.

“Look how many parents took off from work and grandparents came to our Model Seder,” he said. “It’s a little taste of family togetherness with the Lakeside family before the holiday starts.” This year also marks the 20th anniversary of when Rabbi Serotta joined Lakeside Congregation.

Not only did the pastel-colored decorations make the families forget about the cold and rainy April 5th weather, but the theme reflected the Passover holiday, which is also known as the Spring Festival or the Festival of Freedom.

“Passover happens in spring when the earth gets warm and plants begin to grow,” said Rabbi Serotta. “Dipping our greens in salt water reminds us of spring,” the rabbi added before he made the blessing over the matzah as the families joined in.

Todd Kessler sang and played the guitar, as he led the children through song and dance at the Model Seder. “Todd is a wonderful song leader and a great talent,” said Rabbi Serotta. “He has two little boys in the program.”

Fun fact, according to the Lakeside Congregation website: Kessler appeared on season three of NBC’s The Voice, where he was mentored by CeeLo Green.

Davis baked enough desserts to fill a sweet table, so she did. It was filled with matzah toffee, “like English toffee with matzah at the bottom, mandel bread, macaroons, and chocolate chip cookies that are all Kosher for Passover. “Our meal is basically appetizers and desserts, and I do the same thing every year.”

Davis described the rest of the meal for the Model Seder: “Everyone gets a hard boiled egg, a piece of celery and a radish,” she said. “I used to put a little bit of red horseradish on the plate, (for the bitter herbs) but the kids didn’t like it, because it was too hot, so I changed it to a regular radish. We used to have Milk-Bones (representing the traditional roasted lamb shank bones), until a few kids ate them. Now we use little graham cracker dog bones, which are not Kosher for Passover.” Davis added that salt water is always placed in the middle of each plate.

Davis said all of the preschoolers took turns making the charoset by peeling and chopping apples with adult supervision. In addition to grated apples, charoset traditionally is made from chopped nuts, cinnamon and sweet red wine representing the mortar used by the Hebrew slaves in Egypt.

Last month, the preschoolers went on an annual field trip to the Matzah Bakery at North Suburban Lubavitch Chabad – Central Avenue Synagogue. “The Chabad rabbi runs it and teaches the kids how to press grape juice and how to make matzah,” said Davis. “The kids enjoy watching the matzah being placed on rollers to let it dry.

Despite the months of preparation, entertainment, and delicious homemade baking, one smiling boy said that his favorite part of the Model Seder was eating the “Scooby-Doo treats” (Kelloggs Keebler Scooby-Doo Baked Graham Cracker Sticks shaped like dog bones). This left more room at the sweet table for the adults. 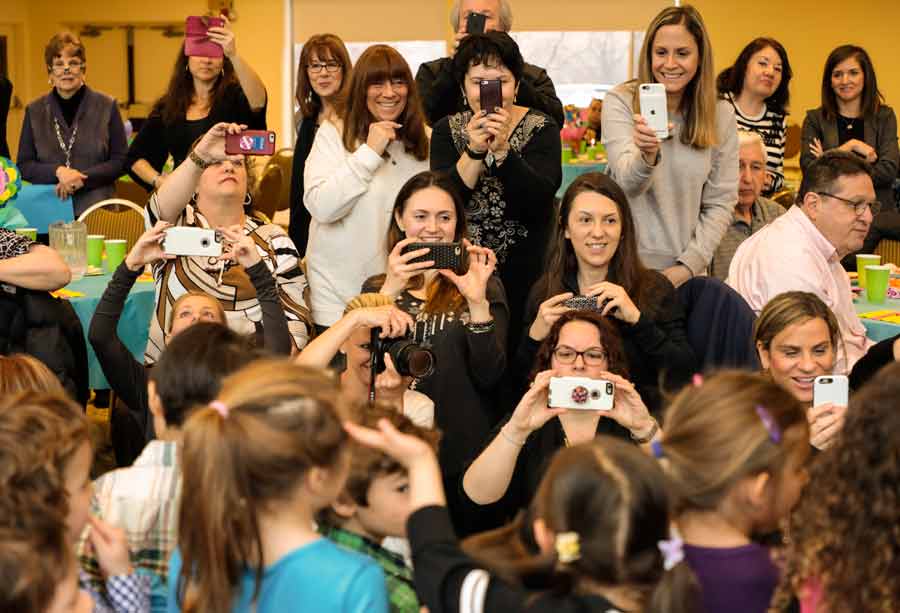 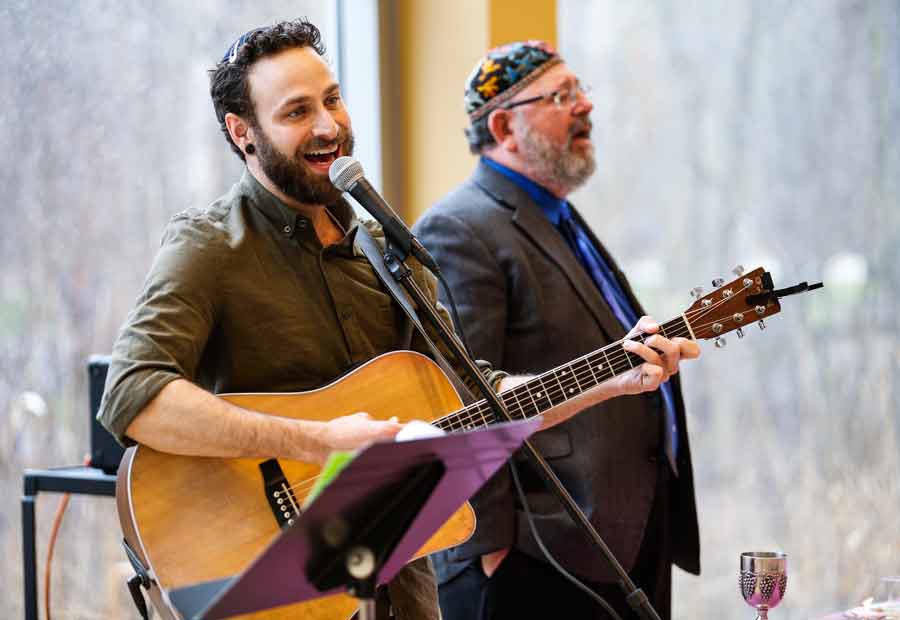 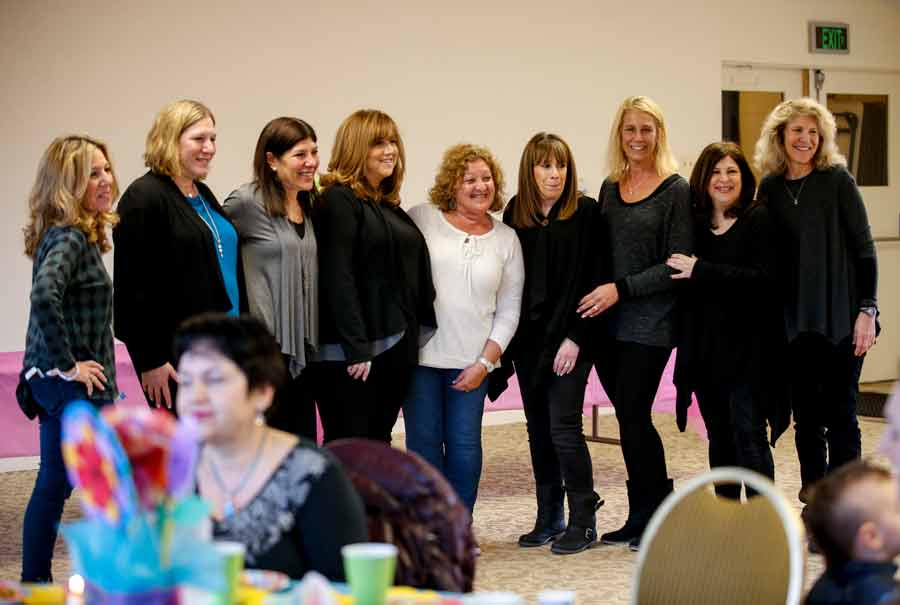 The staff poses for a photo … 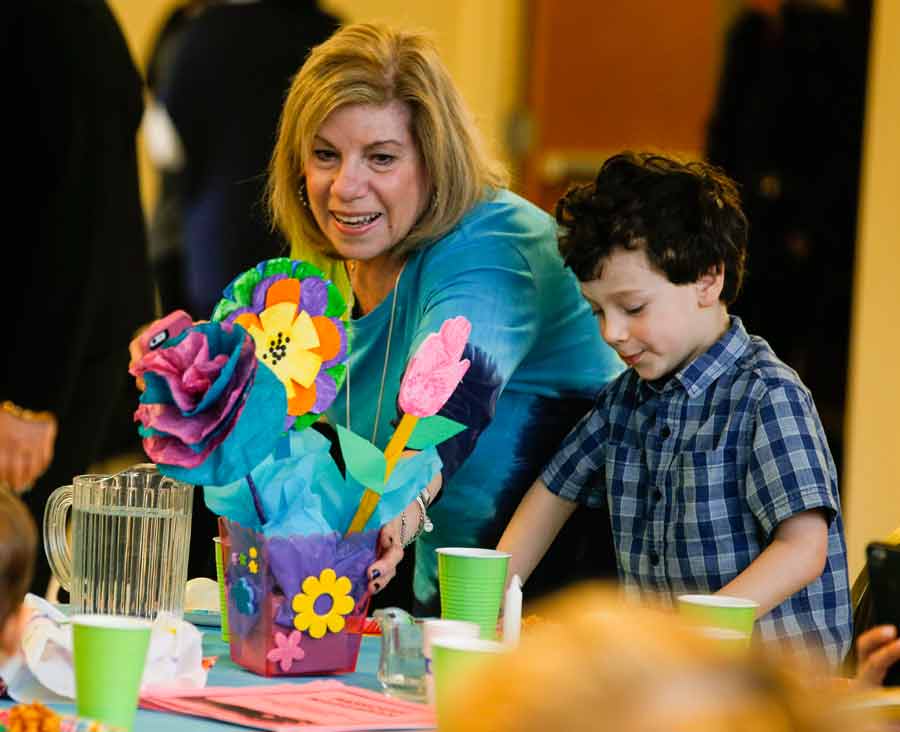 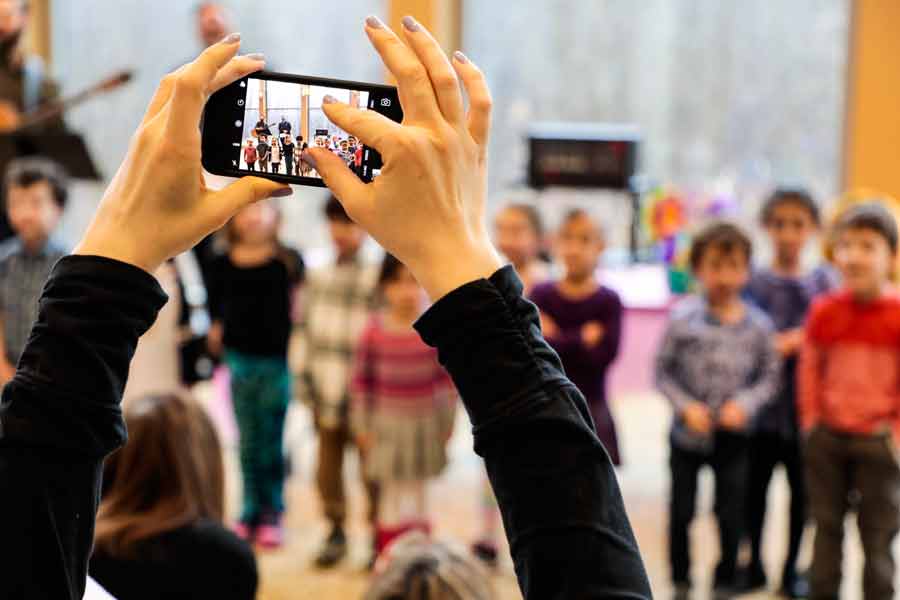 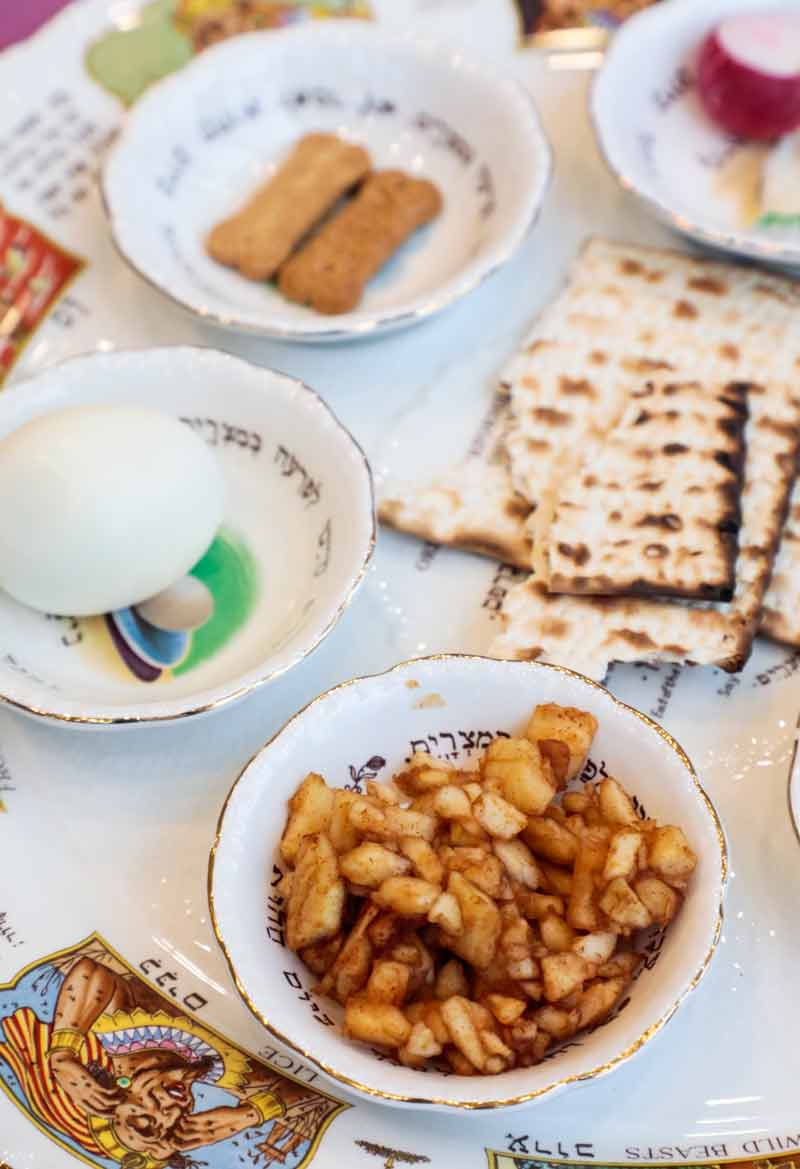 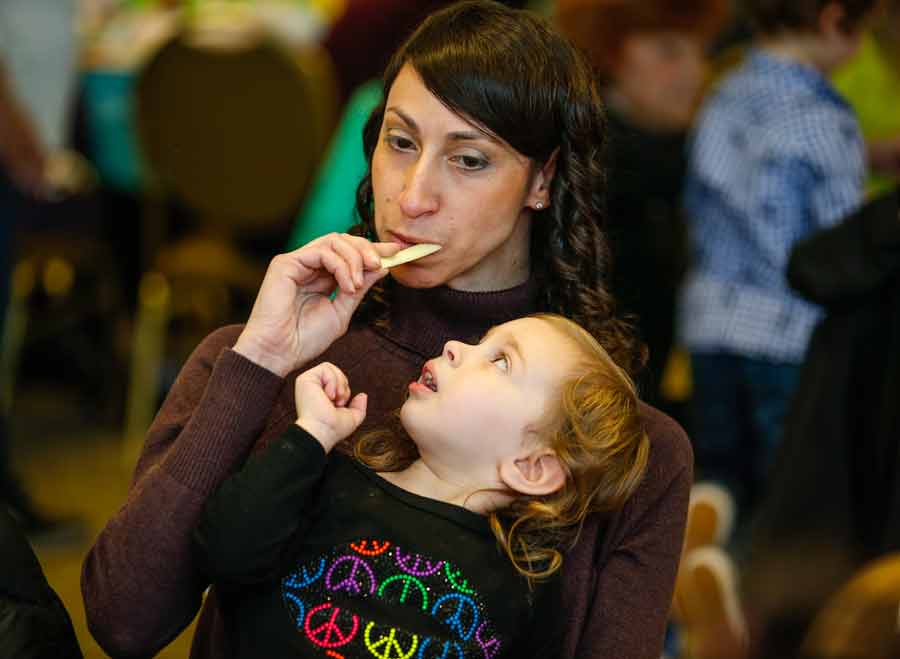